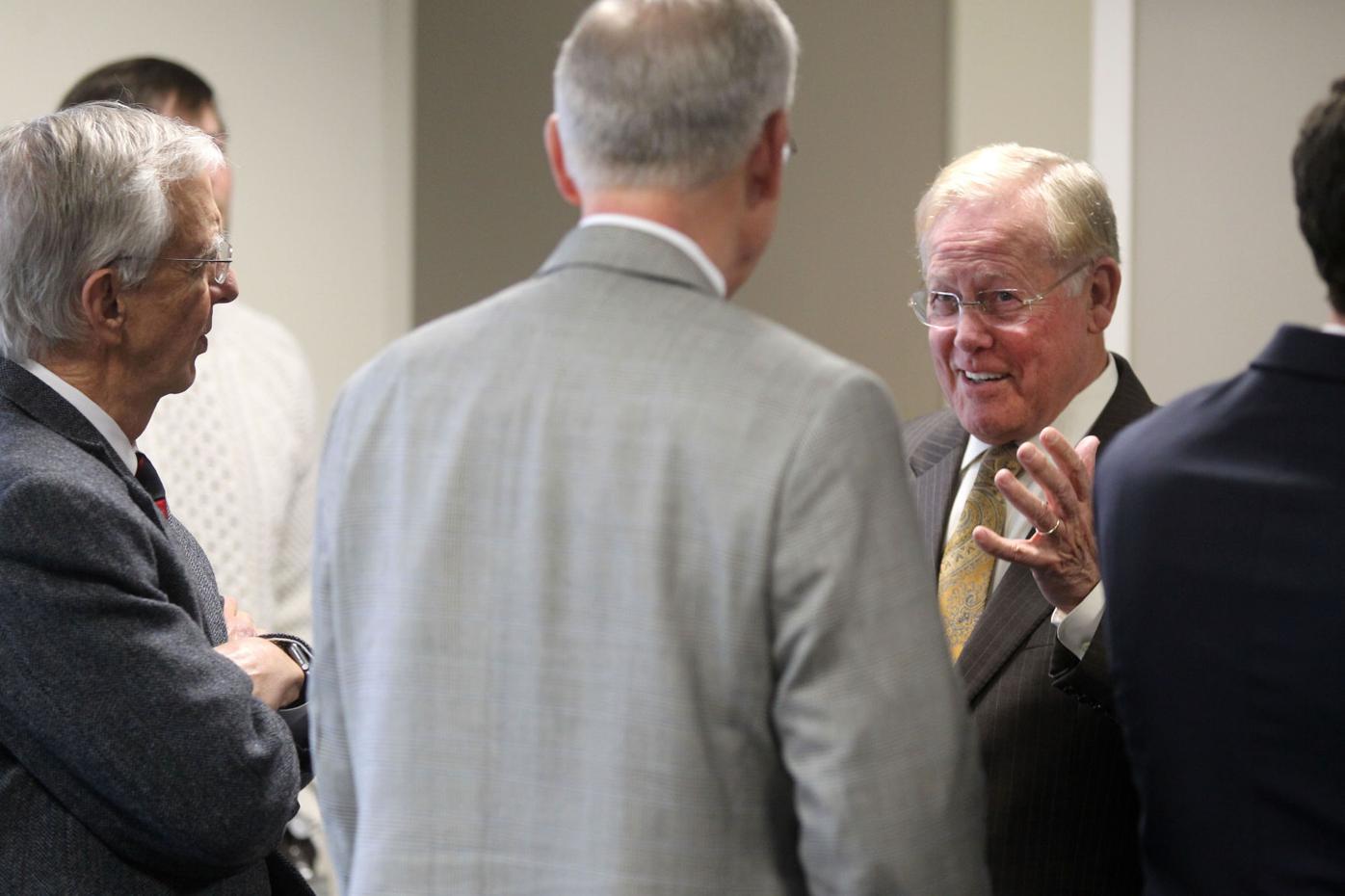 Dr. Ed Hill, left, talks with friends during his retirement reception Friday afternoon that honored his 22 years of service as founding director and faculty member of the NMMC Family Medicine Residency Center. During his tenure at NMMC, he also served as American Medical Association president and World Medical Association chairman. 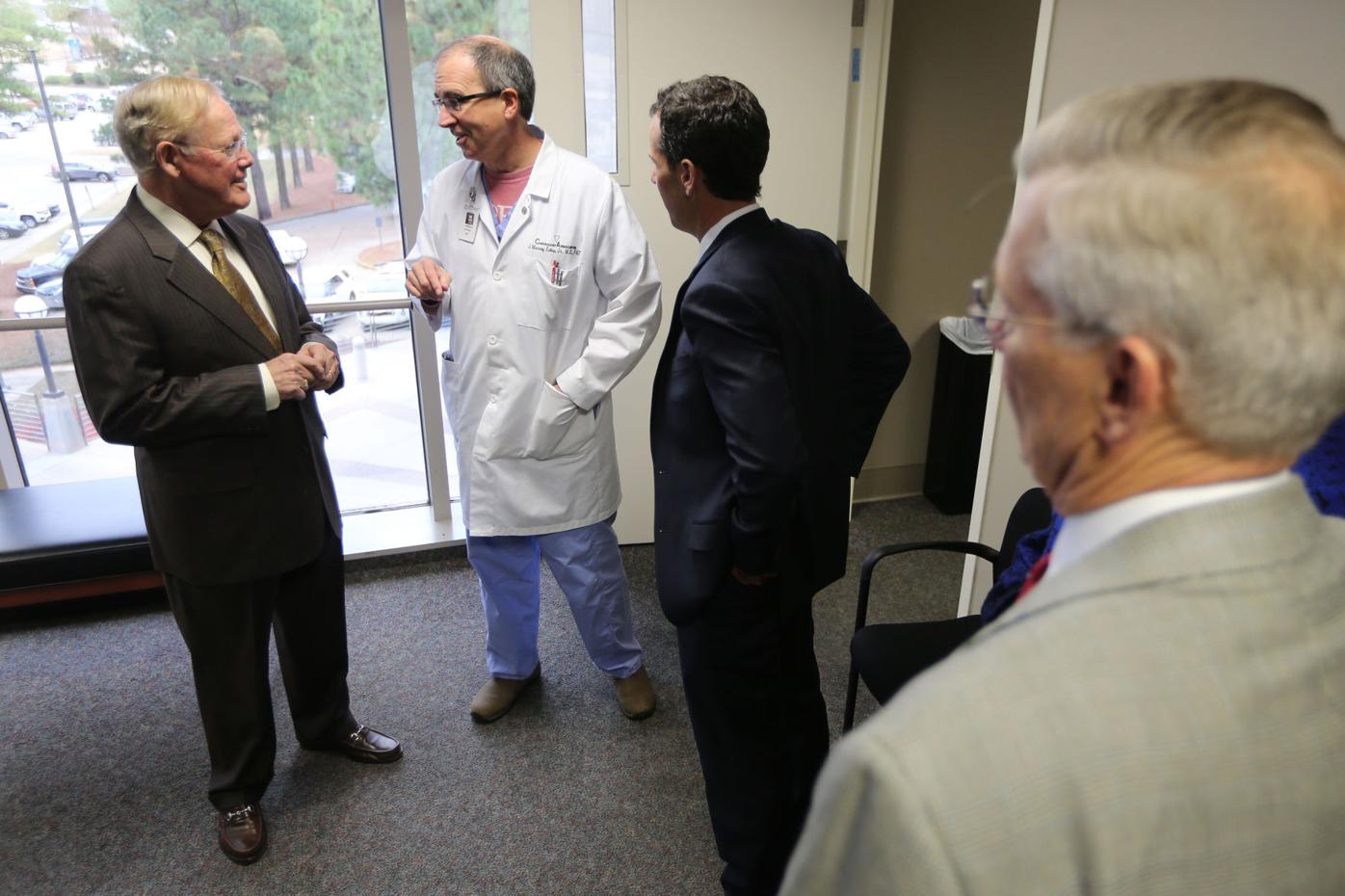 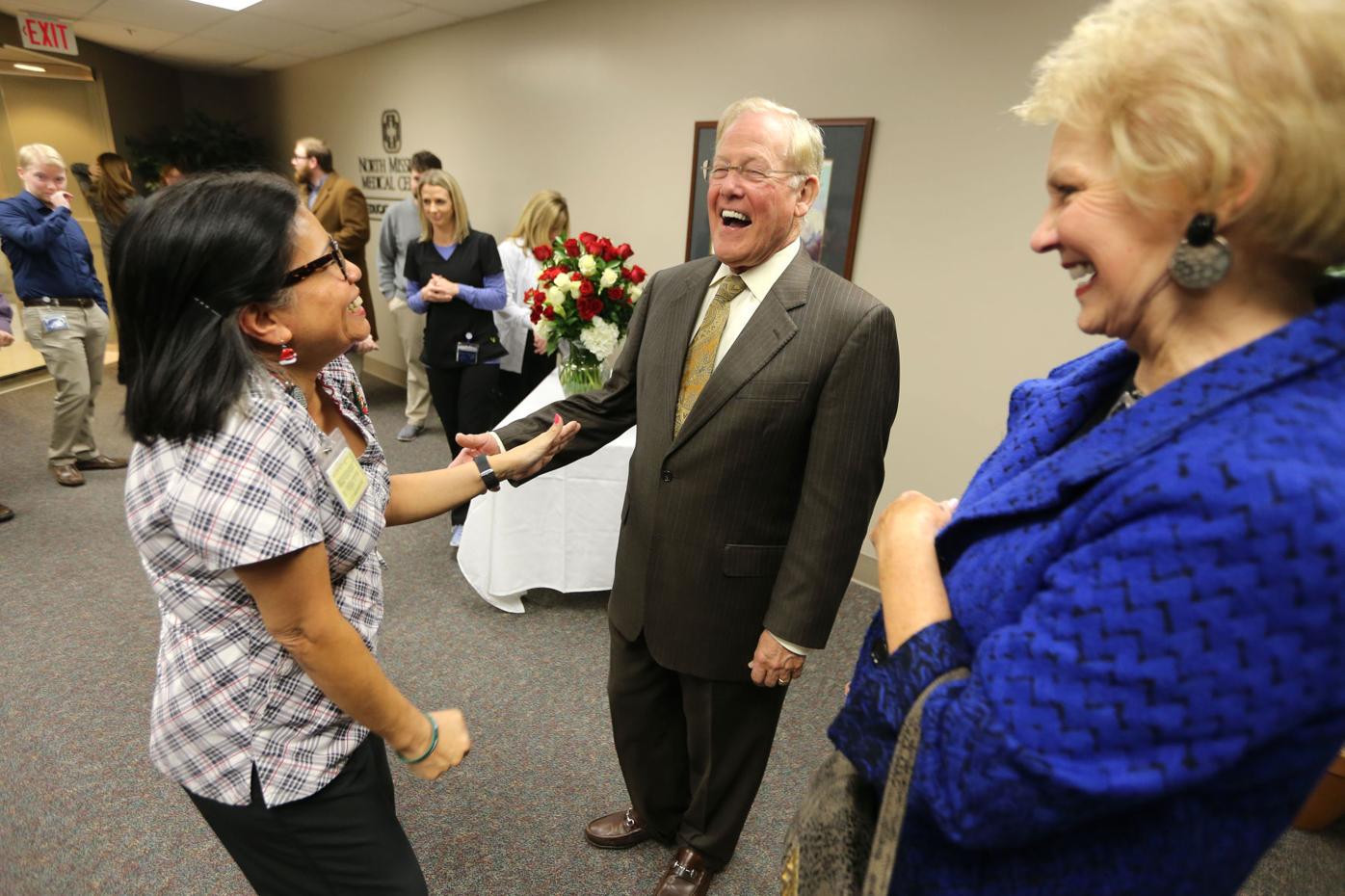 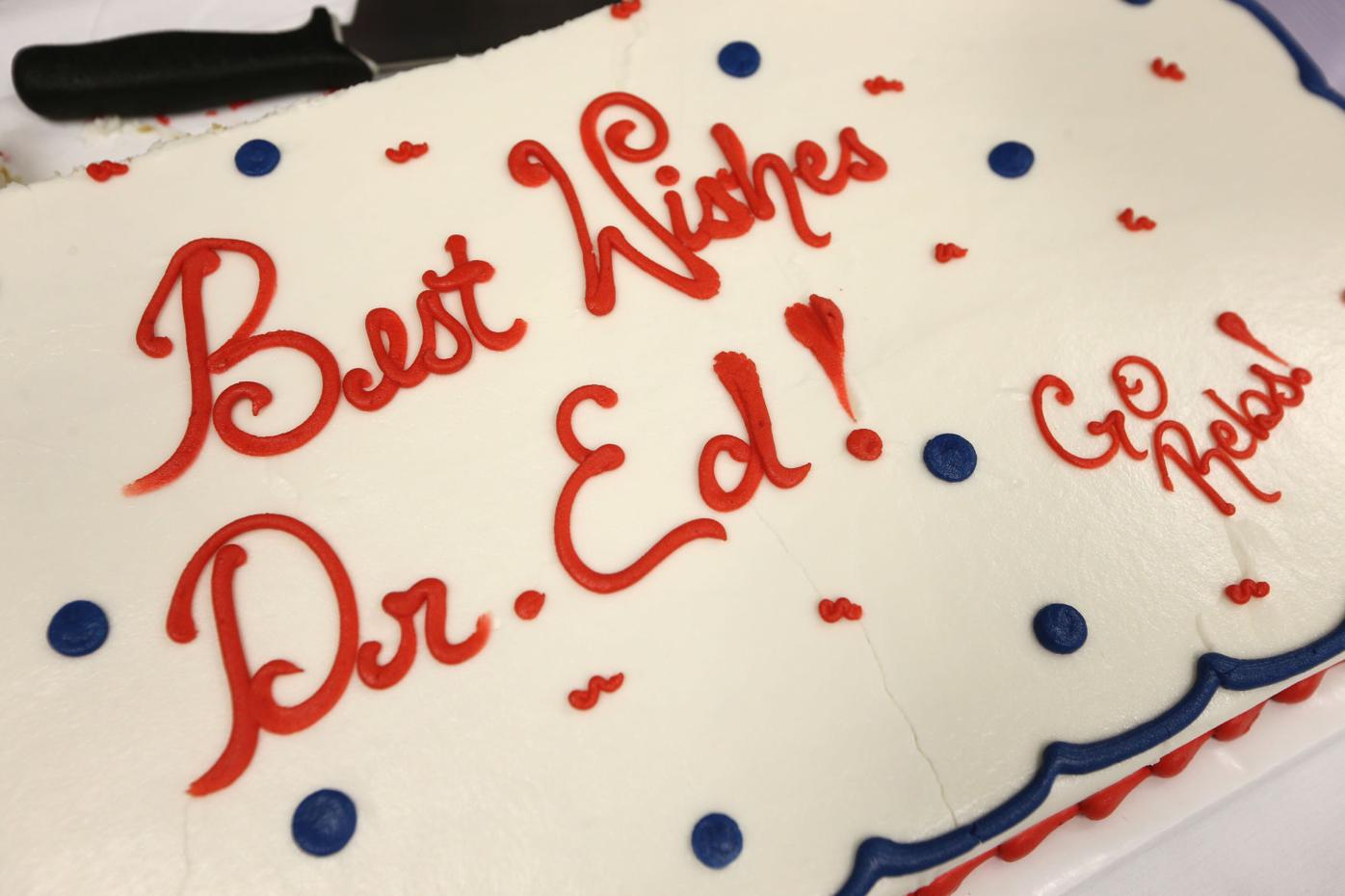 Dr. Ed Hill, left, talks with friends during his retirement reception Friday afternoon that honored his 22 years of service as founding director and faculty member of the NMMC Family Medicine Residency Center. During his tenure at NMMC, he also served as American Medical Association president and World Medical Association chairman.

TUPELO – Tupelo family physician Dr. Ed Hill is turning the page on a 54-year medical career that has taken him from a corner of the Mississippi Delta to international halls of power.

“It’s been amazing for a country doctor from Mississippi,” Hill said. “I’ve been able to go places that physicians normally don’t go,” including the Manhattan Club, Harvard Business School and the Great Hall of the People in Bejing, China.

“We will remind ourselves every day of the significant role you played,” Spees said.

The announcement was a surprise to Hill. He saluted those he worked alongside, from his wife Jean and family, his former medical partner in Hollandale to the residency center and NMMC staffs and beyond.

“I’ve been blessed from the very beginning,” Hill said. “It makes all the difference in the world who you are surrounded by, who you work with.”

Although he will step back from practicing medicine, Hill will continue to serve on the Mississippi State Board of Health and children’s health foundations. He plans to continue to advocate for comprehensive health education.

“We don’t start early enough,” Hill said. “It should be taught just like math, science, literature and history.”

Hill, who will be 80 in February, began his medical career in the U.S. Navy and then practiced in Hollandale for 27 years. During that time, he and Dr. John Estess helped build a county hospital and created a maternal/child health program that took Washington County from the highest infant mortality rate in the country to below the national average.

“That was very rewarding,” Hill said.

The family medicine residency center allowed Hill to be a part of rebuilding the primary care workforce, one of his key passions.

“It was the first of its kind in the state,” said Dr. John Mitchell, a former family residency center faculty member who is now the director of the Mississippi Office of Physician Workforce. “It was a bold step out.”

The center has grown from one resident to 24 residents and seven faculty members.

About 80 percent of the student physicians remain in the region or the state and most others serve within the larger Mid-South.

“He was one of the main reasons I ended up where I am,” said Dr. Jessica Willis, who graduated from the residency center in 2016 after serving as chief resident. She now works in Munsford, Tennessee, outside of Memphis. “He taught you how to do small-town medicine.”

Hill’s next adventure is to start writing about his experiences for his children and grandchildren, inspired by the example of his own father. He and his wife of 54 years Jean are moving to Oxford in January. Although the shift will take them closer to their children, grandchildren and extended family, Hill said it is bittersweet to leave Tupelo.

“We’ve loved Tupelo,” Hill said. “This is the most comfortable place we’ve ever lived.”

I-40 bridge closed after inspectors find this 'structural' crack