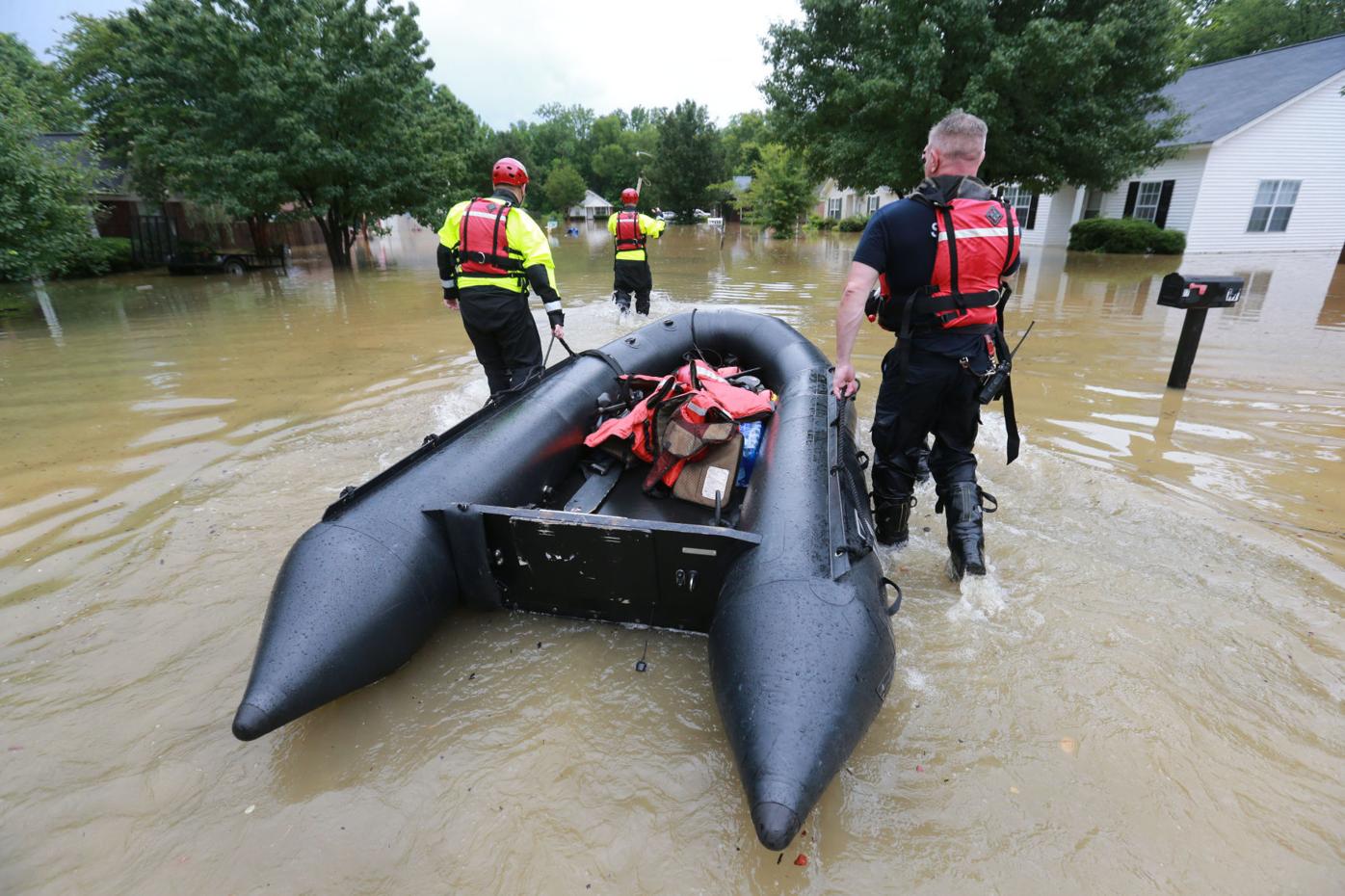 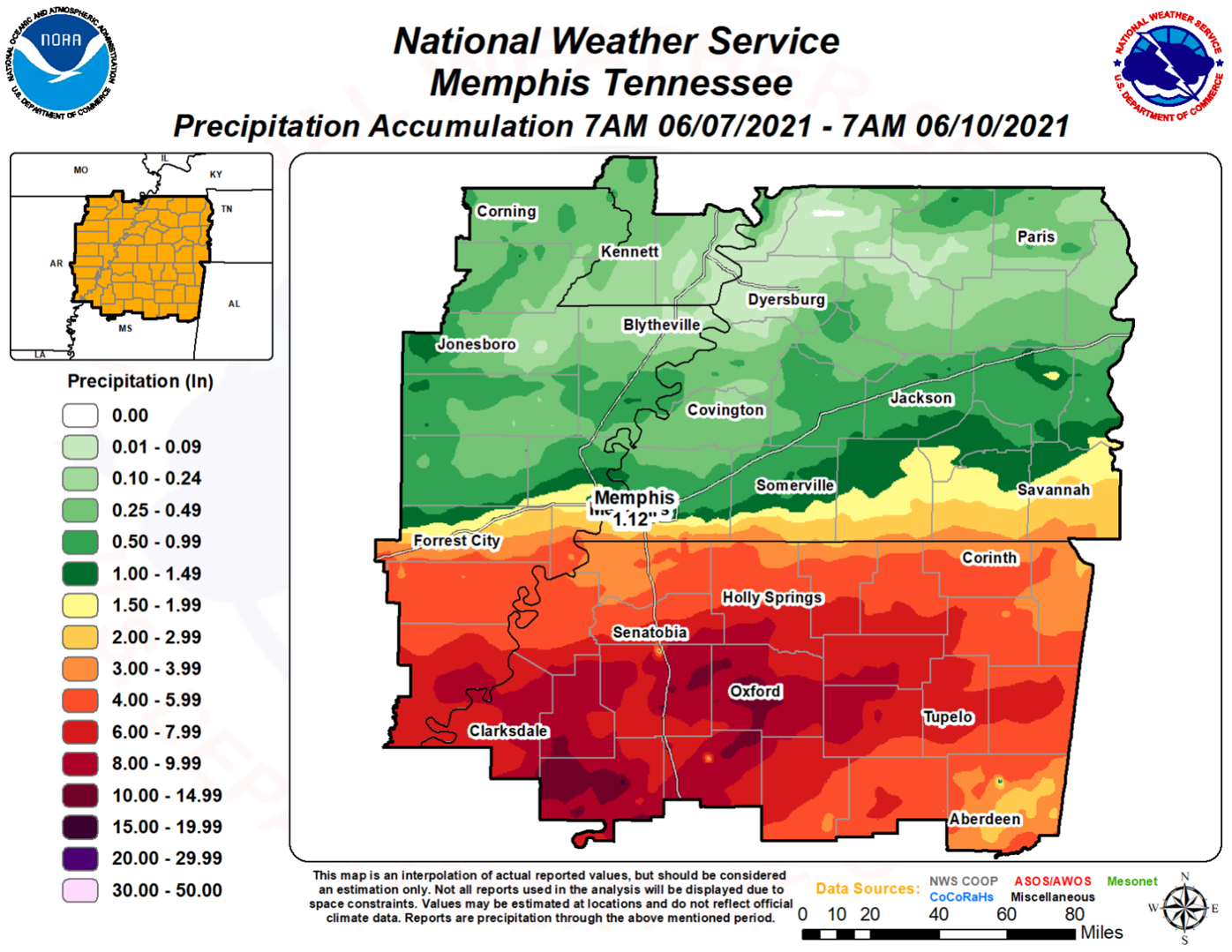 TUPELO • After two days of nearly solid rain across the region, the weather dried up Thursday to allow flash flood waters to recede.

Northeast Mississippi officials used the day to survey damages to infrastructure, while a dozen-and-a-half Lee County families began to assess the damage the flooding caused to their homes.

According to the National Weather Service in Memphis, portions of Oxford and Lafayette County received as much as 15 inches or rain from 7 a.m. Monday through 7 a.m. Thursday. Most of Lee County had 6 inches or more rain during the same period.

“We had three streets where roads were washed out or culverts blew out,” Quarles said. “Right now, we only have one house with major flood damage, but as things settle down, more might be reported.”

Quick action from officials may have averted severe damage just north of Oxford. Wednesday afternoon, residents downstream from Tara Estates on County Road 102 were asked to evacuate their homes when a sinkhole started forming in embankment of Lake Tara Dam.

“The fire department and (the Mississippi Department of Environmental Quality) helped pump water out of the lake,” Quarles said. “They were able to get it down to a safe level, and we are not worried about it causing any damage.

In Lee County, at least 18 houses in the Saltillo and Guntown areas suffered flood damage. The bulk of the damage was in the flood-plagued Willow Creek subdivision in Saltillo. The neighborhood drains though a small culvert under a railroad track. In heavy rains, the culvert is overloaded and the water backs up, tuning the subdivision into a detention pond. The same streets also flooded in 2019.

“We got an incredible amount of rain in a short period of time,” said Saltillo Mayor Rex Smith. “We opened up the community room at city hall in case any of the displaced families needed a place to stay, but no one took advantage of it.”

The water had receded for the most part by Thursday morning, and city officials were out assessing damage. Smith said the Federal Emergency Management Agency (FEMA) is expected to be in town next week looking at the damage.

“Since this is the second flood event in that area in two years, FEMA might have to change the flood insurance criteria,” said Lee County EMA director Lee Bowdry. “They can’t keep throwing good money after bad.”

Bowdry and his staff took advantage of the drier Thursday to head out to affected areas and begin the damage assessment process. He said road crews are reporting that damages weren’t as widespread or as bad as initially thought.

“After talking to (county road manager Tim Allred), they hope to have most of the roads they had to close opened back up pretty quickly, possible by Friday afternoon,“ he said.

There is more rain in the forecast over the next two days, with possible thunderstorms Friday and Saturday. But after this weekend, sunny (or at least partly cloudy) days are expected to return for all of next week to allow the region to dry out.