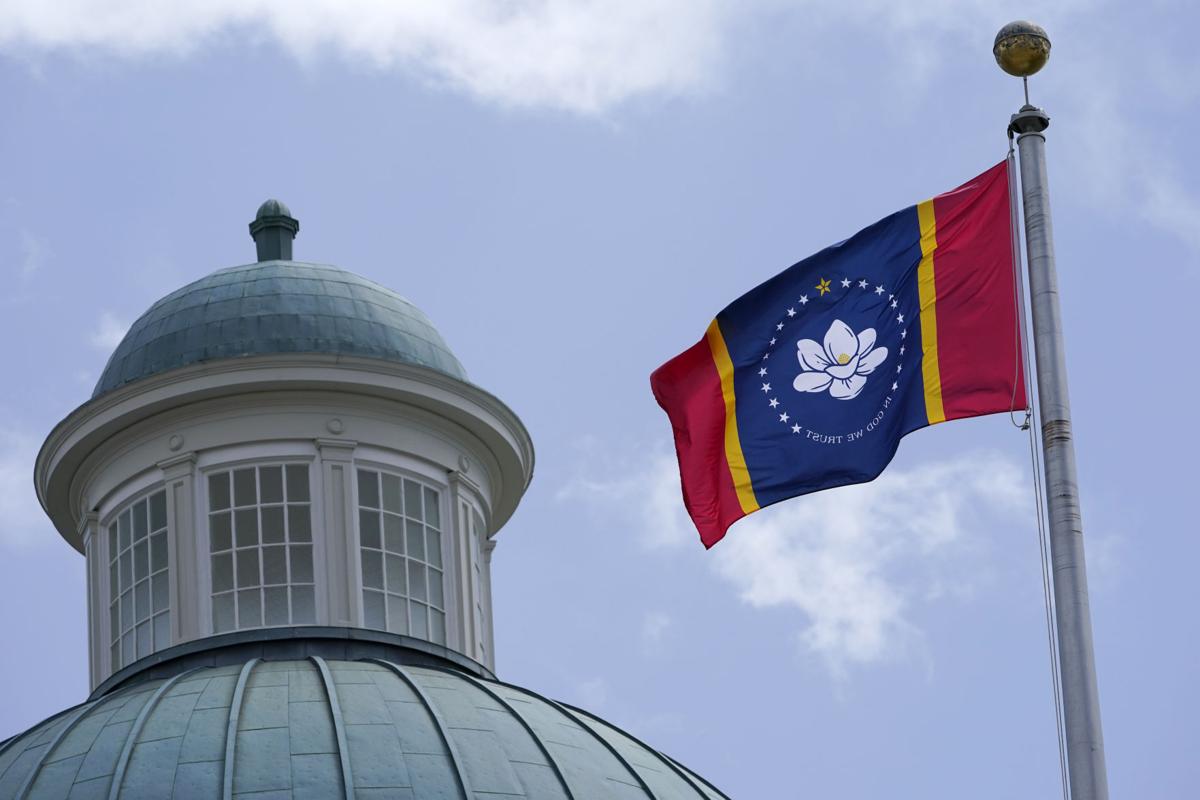 The magnolia centered banner chosen Wednesday by the Mississippi State Flag Commission flies outside the Old State Capitol Museum in downtown Jackson. The nine member committee voted to recommend a design with the state flower. That design will go on the November ballot for voters consideration and if approved, it will become the new state flag. 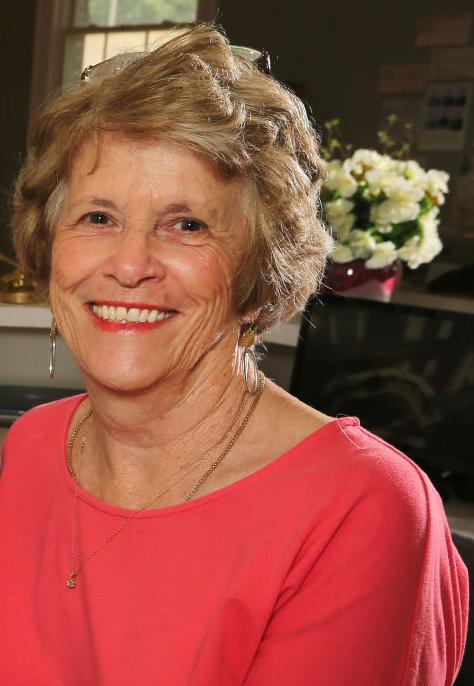 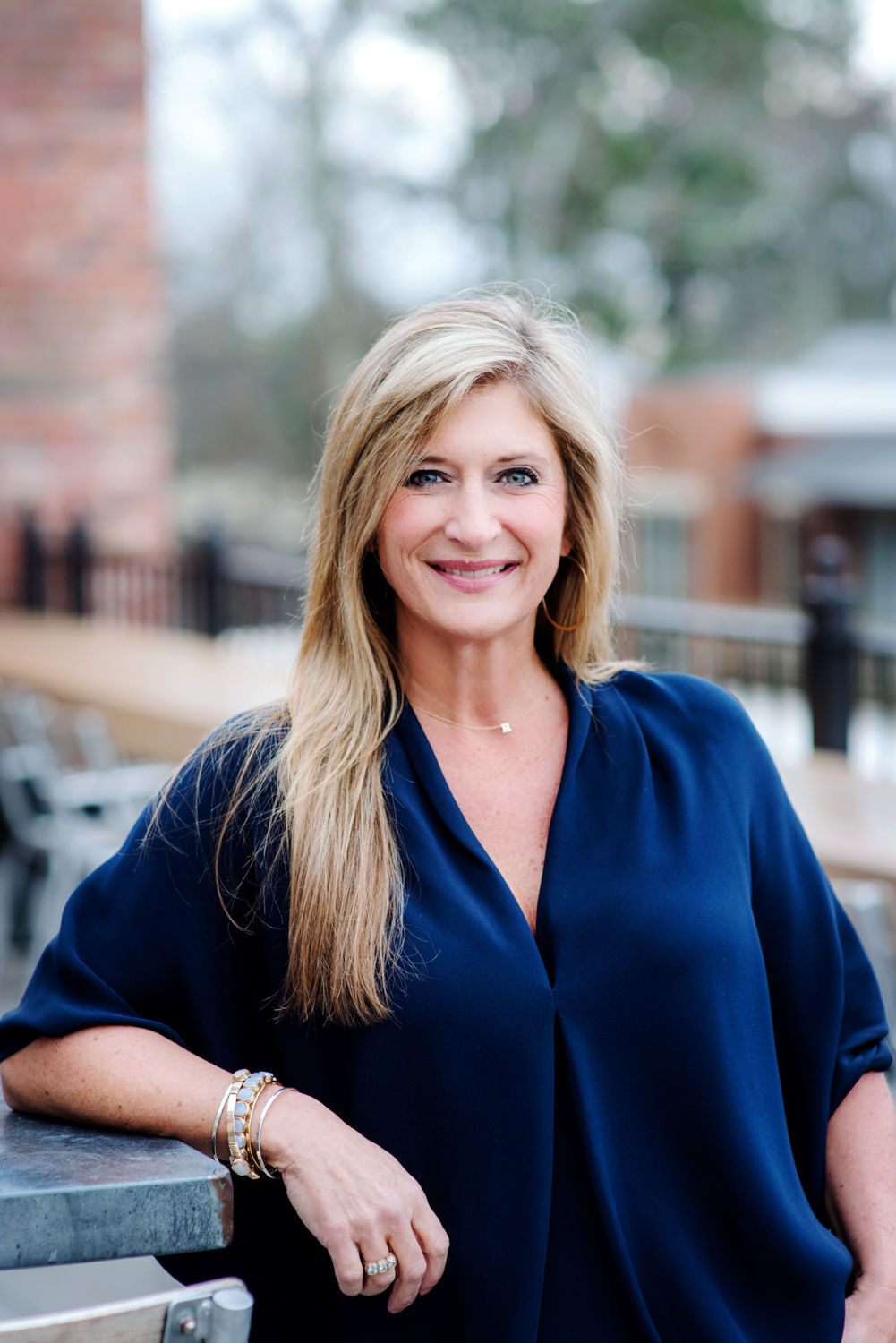 The magnolia centered banner chosen Wednesday by the Mississippi State Flag Commission flies outside the Old State Capitol Museum in downtown Jackson. The nine member committee voted to recommend a design with the state flower. That design will go on the November ballot for voters consideration and if approved, it will become the new state flag.

TUPELO • Magnolias aplenty, stars and shields, rivers and trees – even a mosquito or two.

The nine members of a commission tasked with the design of a new state flag to go before voters in November for final approval faced a daunting task from the outset. Among those commissioners was a pair of Northeast Mississippians, who remain eager to see the process through to a successful finish.

“I was honored to be a part of making a decision that is so important for our state moving forward,” said Oxford Mayor Robyn Tannehill. “Hopefully we have selected a flag that will be flying for all of our lifetimes.”

Alongside Tannehill, Betsey Hamilton of New Albany also sat on the commission.

This summer, the Mississippi Legislature retired the controversial flag first enacted in 1894, which contained the Confederate battle emblem, and called for the creation of a commission to propose a new design.

That work completed earlier this month, when flag commissioners settled on a design prominently featuring a magnolia bloom. Other elements include a circle of stars and vertical bars of red, gold and blue. By legislative mandate, the flag also contains the words, “In God We Trust.”

Hamilton and Tannehill both highlighted the prevalence of magnolia imagery among the some 3,000 designs initially submitted for consideration.

“We are the magnolia state,” Hamilton said during a recent appearance at a virtual meeting of the Tupelo Kiwanis Club. “We’ve used it in tons of places. We’ve just never used it on our flag. People know that Mississippi is the magnolia state.”

Commissioners from the outset expressed a desire for a distinctive flag that would soon be recognized across the country as Mississippi’s flag.

With that in mind, and in conjunction with recognized principles of flag design, Tannehill said the possibility of a flag featuring the state seal did not gain much traction. The seal is relatively generic, incorporating elements common to both the Great Seal of the United States and other states. Experts in flag design also recommend against the use of seals on flags. Heavy use of detail makes the design of a flag hard to discern, especially from a distance.

A more difficult decision came at the end of the process, once a final magnolia-centric design was considered alongside a minimalistic design featuring a shield and star. Designed by Micah Whitson, a University of Mississippi graduate now living in Boston, the flag gained a following on social media and polled well online.

Ultimately, however, Tannehill and Hamilton said commissioners wanted a flag more immediately and obviously linked to the state, without much need for explanation or annotation of the symbolism.

“You look at the magnolia and you don’t have to tell that story,” Tannehill said.

Hamilton was a vocal supporter for a flag using the color green, in order to have a truly unique flag that would stand out among the 50 state flags. She didn’t win much support for that idea, however, but did laud the link between the magnolia design and the natural world.

“We felt the magnolia could reach more people. We didn’t have to explain what it was,” Hamilton said. “This one just spoke to our hospitality, to beauty, seasons, rebirth, a beautiful bloom. Why not finish out our brand and put it on our flag?”

Reeves was required to pick a representative of the Mississippi Department of Archives and History, and Hamilton sits on the board of trustees of that state agency.

Voters face the option in November of either supporting the commission-backed design, or rejecting it. If voters support it, the Legislature will formally adopt the design as the state flag next year. If voters reject the design, the commission will go back to work and select another design for consideration in another election.

“I hope that people will embrace this flag,” said the first-term mayor. “The beauty of this flag is that it represents all that is good about Mississippi. It is a flag that we can all rally around.”

A New Albany woman said she was “very honored” to be appointed by Gov. Tate Reeves to serve on the Commission to Redesign the Mississippi State Flag.