TUPELO • The All-America City’s two candidates running for mayor have spent a combined total of $54,661 on their campaigns in the city's hotly contested mayoral election.

Todd Jordan, the Republican nominee, has received the most contributions with a little more than $61,000 in campaign donations. The Mississippi Republican Party, several local contractors and the owner of a furniture manufacturing company made up his largest donors. 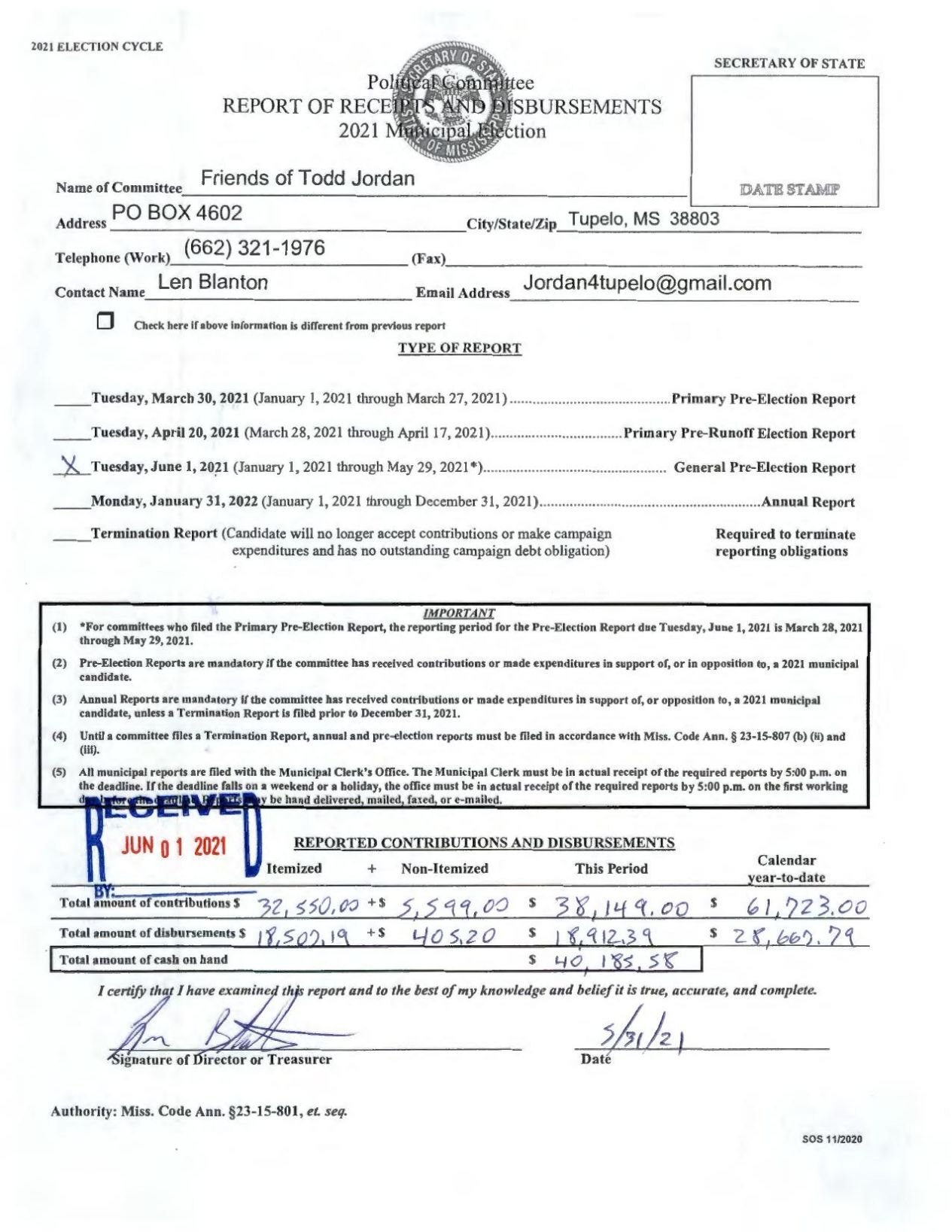 Earlier this year, Jordan filed a campaign finance report for his Republican primary race that showed he received $23,574 in donations in advance of the primary. That means that he’s received a total of $61,723 in donations throughout the duration of the mayoral race.

Adam Paxton, the owner of furniture manufacturing company Paxton Enterprises, donated $10,000 to Jordan’s campaign, making it the largest donation. The second largest donor to his campaign was the Mississippi Republican Party, which donated $5,000.

State Rep. Jerry Turner, R-Baldwyn, donated $500, making him the only political figure to make an itemized donation to Jordan’s campaign.

Even though Jordan has received a substantial amount of campaign dollars, he hasn’t even spent half of what was given to him. 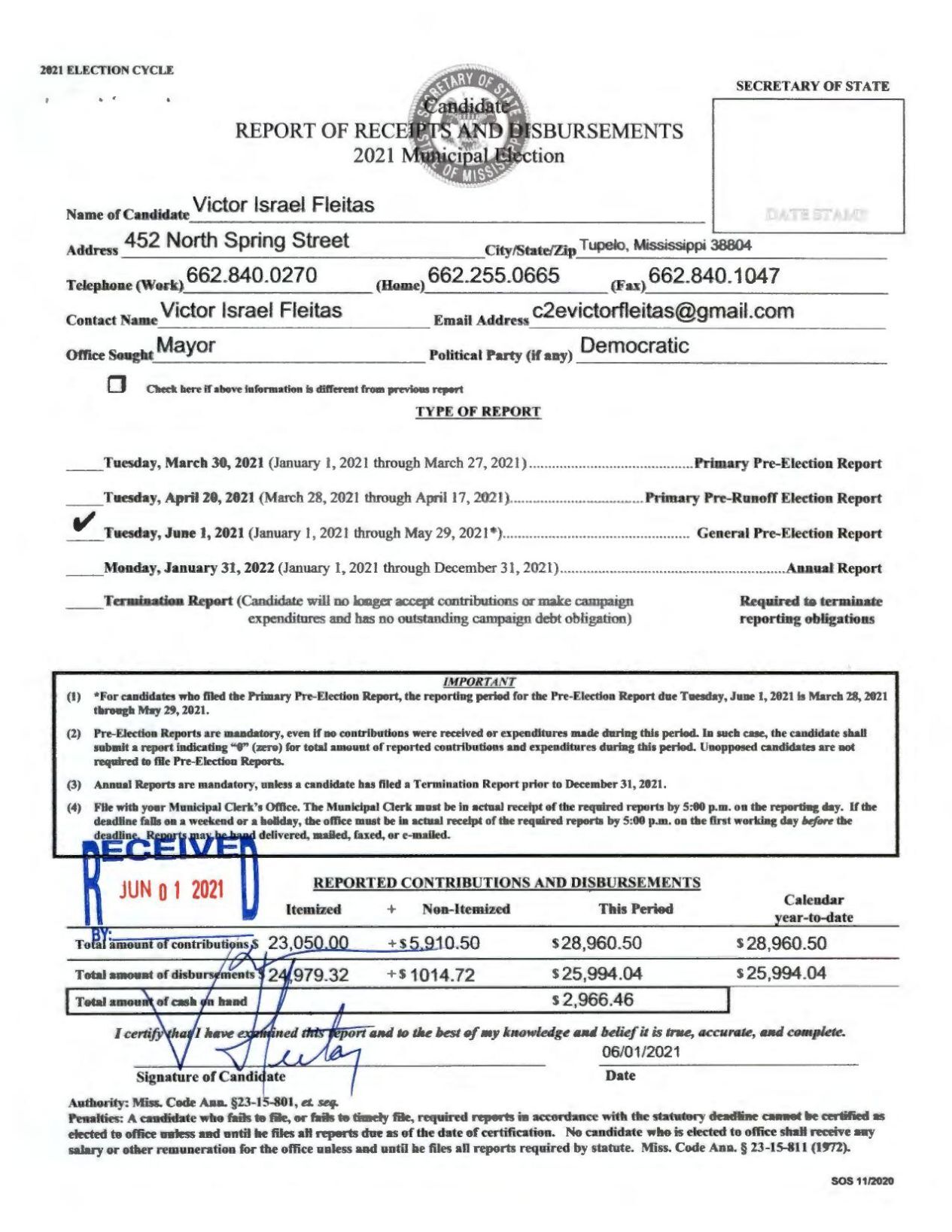 Fleitas, the Democratic nominee, has received around $28,960 in total campaign donations throughout the duration of his campaign. Of that amount, $23,050 were itemized and $5,910 were non-itemized.

Fleitas gave his campaign $5,000, making that the largest donation item. Other than himself, Jim Waide, a Tupelo attorney and former law partner to Fleitas, donated $2,500.

Fleitas spent $10,000 with Chism Strategies for direct mail and digital advertising, $6,074 with AAL Enterprises for printing, and around $5,514 with Haynie Analytics for campaign consulting.

The general election between Fleitas and Jordan is on June 8.