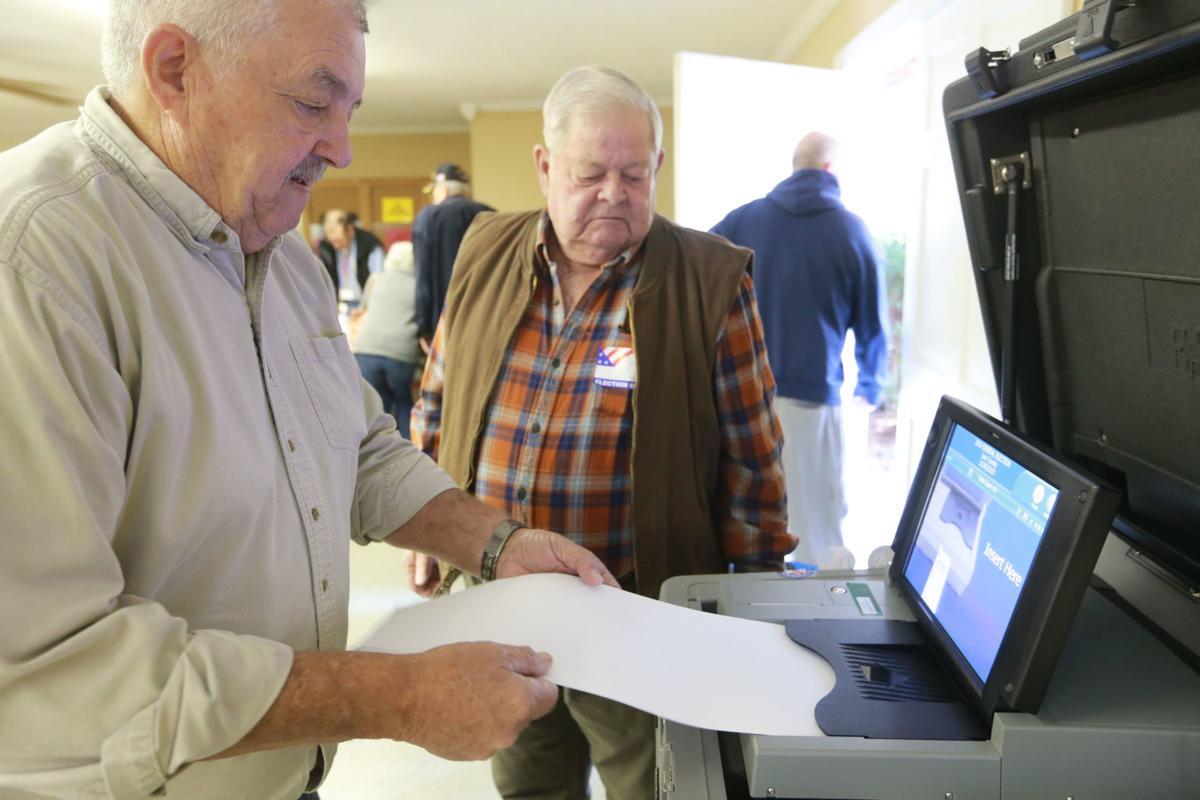 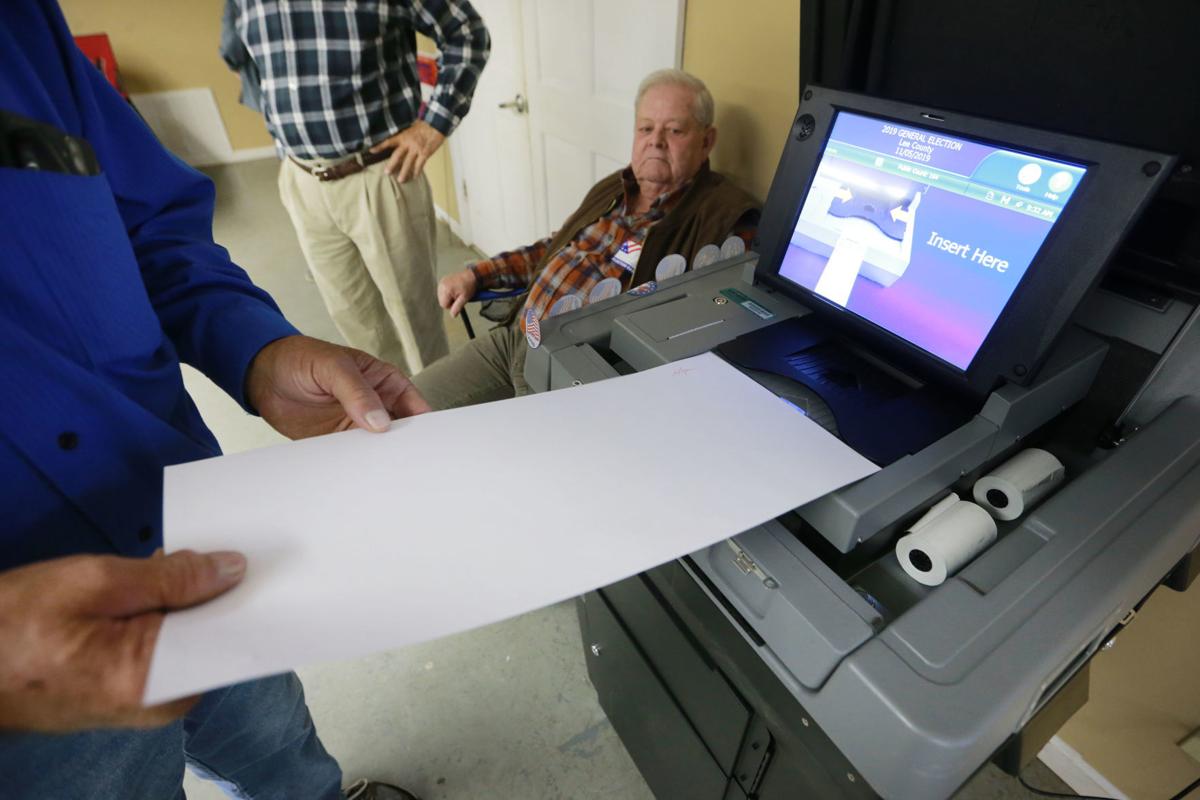 Lee County is among a dozen or so counties in the state to use paper ballots rather than fully electronic voting systems.

Lee County is among a dozen or so counties in the state to use paper ballots rather than fully electronic voting systems.

TUPELO • Sometimes, the old-fashioned way ends up ahead of the curve.

Amid ongoing anxiety about election hacking and foreign interference, Lee County continues to use what many experts deem the most secure voting system: the paper ballot.

In Mississippi, the bulk of the state’s 82 counties use fully electronic voting systems. But about a dozen or so counties use paper ballots.

And that number is increasing.

A Republican about to begin her second term, Dulaney said hand-marked ballots build voter confidence and ensure the integrity of the election.

“It just feels safer to me,” Dulaney said.

In North Mississippi, Choctaw County is among those exploring a return to a system that incorporates paper ballots. With touch-screen machines nearing the end of their life, the county tested new machines this year that produced a paper ballot.

“We wanted to know if there was something new,” said Deputy Circuit Clerk Linda Miles.

The county used machines built by VotingWorks, which provided them free of charge to test in this year’s statewide primary and general elections.

Using these machines, voters make their initial selection on a touchscreen and a paper ballot was then printed. The voter could look at the ballot to approve it and then deposit it in a sealed box.

“Since this was a pilot program, we’ll have to look at what we want to do going into next year,” Miles said.

In Lee County, the system starts on paper from the beginning but still contains an electronic component. Once the paper ballot is marked, a voter inserts the ballot into a machine that scans the ballot and electronically records the candidate selections made on that ballot.

This scanning system makes counting the vote on election night quicker. Totals are calculated based on the electronically scanned records.

“We can always go back,” Dulaney said. “We can hand count. We can scan them again.”

Mississippi counties that still use paper ballots include some of the most populous, like Hinds, Madison, DeSoto and Harrison counties.

Almost a decade-and-a-half ago, Lee County’s decision to forego fully electronic voting looked stubborn and maybe even a little backward to some.

At the time, the Lee County Board of Supervisors resisted the transition, drawing some pressure from Jackson.

“It might have looked old-fashioned,” Morgan said. “They criticized us for not moving forward.”

The push for electronic and touchscreen voting came about with the help of federal legislation following the troublesome presidential election of 2000. Disputes over ballot counting in Florida loomed especially large.

The touchscreen machines boasted some things in their favor: They would make it impossible for candidates to select multiple candidates in races where they could only select one. The electronic system would also offer voters another chance to make a selection in races that were left blank.

Both issues – multiple selections and undervoting – plagued election officials in Florida as they plowed through mountains of contested and improperly marked ballots.

But now, a new set of concerns have come to the fore and paper ballots are coming back into some favor.

“I was always opposed to the electronic ones because of the paper trail,” Morgan said. “That was pretty much the consensus of the board.”

The increasing reach of the internet and increasing sophistication of hacking and cyber attacks have spawned fears of compromised elections that lack any kind of fallback.

And, in some cases, the electronic machines that were the best technology on offer when they were introduced are now aging.

In the August primary runoffs, a voting machine in Lafayette County failed to register some attempts to vote for Bill Waller and registered a vote for Tate Reeves instead. A video of the error gained traction on social media and the machine was taken out of service in fairly short order.

In the general election, Lee County saw its own kind of computer glitch cause problems. Between August primaries and the November general, Dulaney put a new machine into place designed to help the disabled cast a ballot. Federal law requires this.

However, the new machine brought new software with it and during election night in November, problems arose involving the new software.

There were audible groans at the county Justice Center when Dulaney announced she would have to read the totals from each scanning machine in use at each of the county’s 36 precincts. Unofficial but total numbers for each race in the county were not available from the circuit clerk’s office until about 2:30 a.m. Wednesday.

However, Dulaney took at least some comfort that a paper trail ensured that any questions about the accuracy of the county could be answered by a second look at the paper ballots, if needed.

Incoming Secretary of State Michael Watson, a Republican, has expressed confidence that the electronic voting system can be safe, but wants to take necessary precautions.

Speaking on the campaign trail earlier this year, Watson told the Daily Journal he wants to defend against any efforts to compromise electronic voting system.

“Obviously cyber security is a big issue, an important issue,” Watson said. “I think it’s important that we look at hardening our system.”