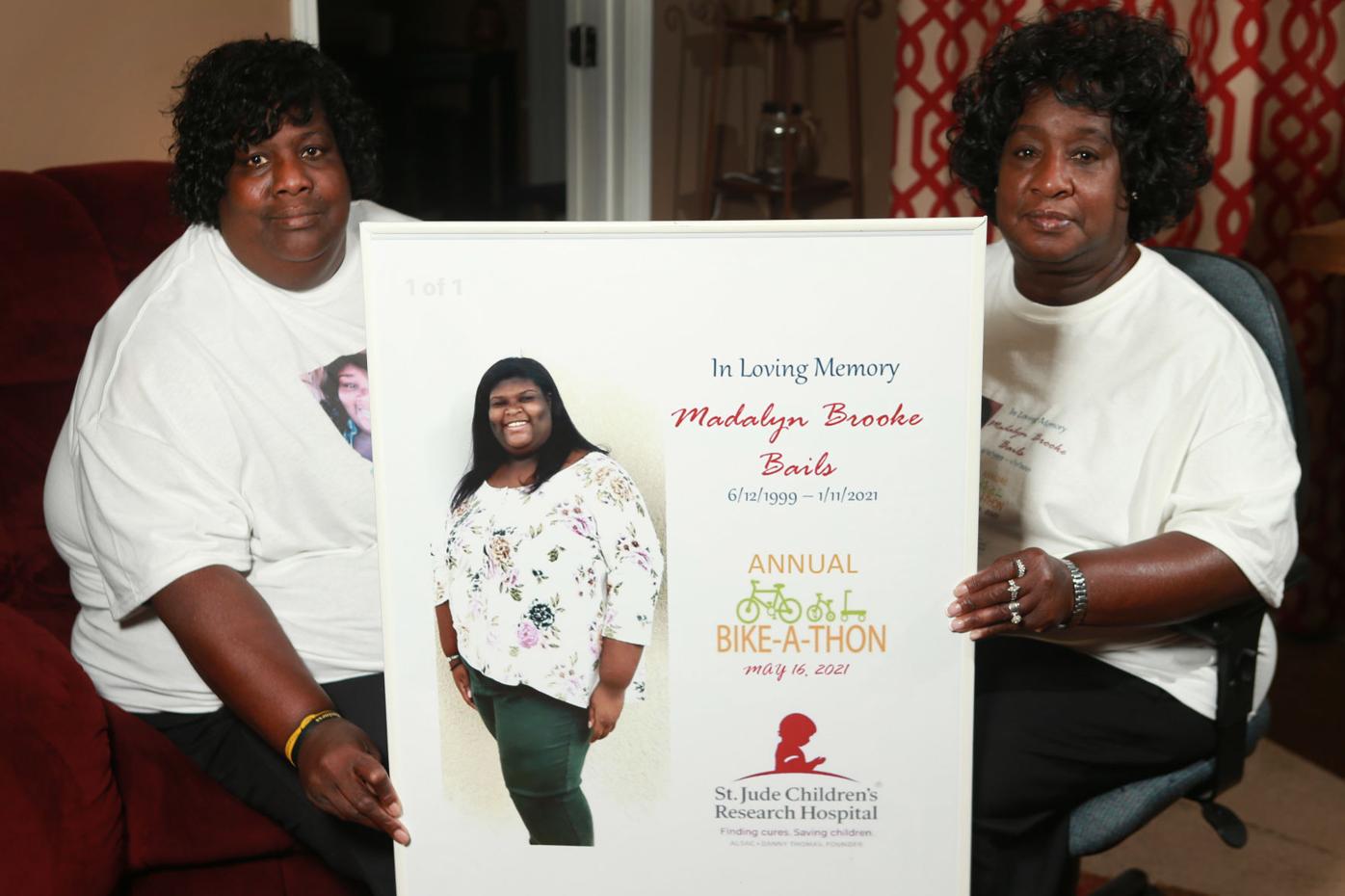 Antoinette Freeman and Shirley Freeman, mother and grandmother of the late Madalyn Bails, hold a photo in remembrance of her. The Freemans, who like their lost loved one are members of the Salvation Army Women’s Auxiliary, will hold a fundraiser in her honor, beginning this Saturday, that will benefit the Angel Tree program. 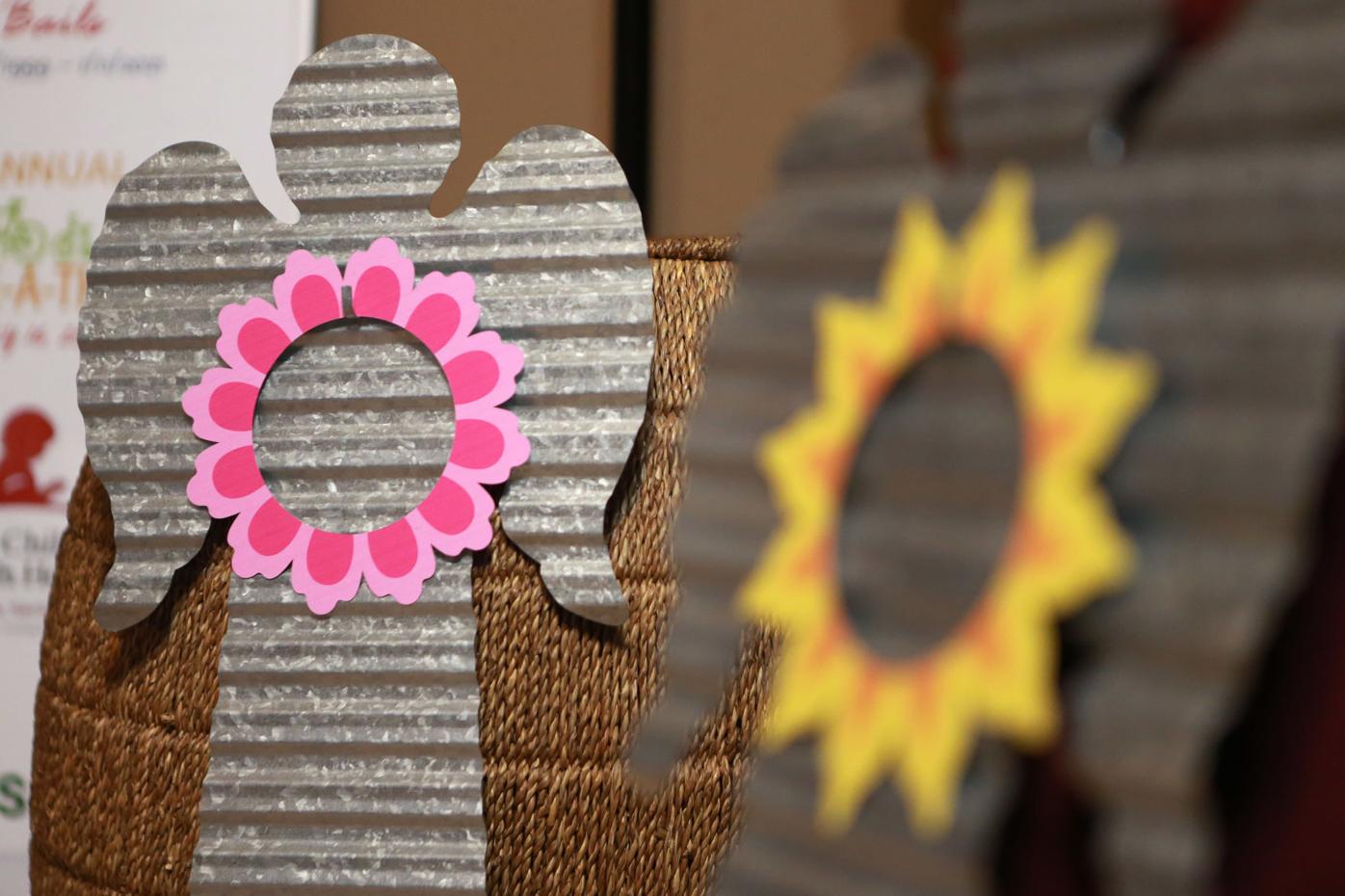 The Salvation Army Women’s Auxiliary will sell decorative metal angels for $75 each – roughly the price of a child’s outfit – to honor the late Madalyn Bails’ memory. The proceeds will be used to purchase clothing for kids.

Antoinette Freeman and Shirley Freeman, mother and grandmother of the late Madalyn Bails, hold a photo in remembrance of her. The Freemans, who like their lost loved one are members of the Salvation Army Women’s Auxiliary, will hold a fundraiser in her honor, beginning this Saturday, that will benefit the Angel Tree program.

The Salvation Army Women’s Auxiliary will sell decorative metal angels for $75 each – roughly the price of a child’s outfit – to honor the late Madalyn Bails’ memory. The proceeds will be used to purchase clothing for kids.

TUPELO • Shirley Freeman believes with all her heart that her granddaughter, Madalyn Bails, accomplished more in 21 years than most people given far longer.

Bails died in January following complications related to COVID-19, but she left a positive impact on hundreds of children’s lives through her work through various local nonprofit organizations and events, most notably, Salvation Army Women’s Auxiliary.

To memorialize her charitable work, the Salvation Army Women’s Auxiliary is launching Madalyn’s Angels, an annual campaign to raise funds to ensure every child registered in the popular Angel Tree program receives clothing.

The group will be selling decorative metal angels for $75 – the estimated cost of a child’s outfit – with the goal of selling enough angels to clothe every Angel Tree child.

The campaign starts Saturday, June 12, Bails’ birthday, with a campaign launch party from 9 a.m. to 10 a.m. at the Salvation Army’s 527 Carnation Street location in Tupelo.

“I pray that all the angels sell, and I hope (people) get from this the importance of her legacy and that it shall live on,” Westmoreland said.

People are encouraged to decorate and display their angels from June 12 to June 27 and enter it in the Madalyn’s Angels Extravaganza on the September 6 as part of the Salvation Army’s Christmas Kick Off at Fairpark. Attendees will be able to vote for their favorite angel by contributing $1, which equals one vote, to their favorite angel’s kettle.

That money, of course, also goes to clothe children. It’s what Bails would have wanted.

‘She lived to give’

Bails never wanted praise for the work she did, but her impact will ensure future children and families benefit from her good deeds.

The kickoff party on June 12 will honor how hard Bails worked in 2020 to guarantee every child was taken care of. Later that afternoon, her church family and friends plan to have a more private celebration where they release butterflies in her honor.

“This is a great way to remember her, not for how she died, but for how she lived, and she lived to give,” said Dell Hatch, chair of Madalyn’s Angels.

Bails quietly served throughout her life. When some Angel Tree gifts went unfilled this past Christmas, Bails called her Alpha Kappa Alpha Sorority, Incorporated (AKA) sisters and friends to bring clothes in the right sizes. Westmoreland hopes Madalyn’s Angels will encourage an overflow of clothing and inspire others to contribute and donate.

“I want them to see that whatever it was she was a part of, that they too want to be a part of it,” Westmoreland said. “They want take time to come out and volunteer to see what exactly it was she had done or that we all do to prepare our babies for Christmas.”

Angel Tree was a multigenerational passion for Bails’ family. Each season, Bails worked side by side with her mother, Antoinette Freeman, and grandmother, who are also Women’s Auxiliary members. The family became involved with the Women’s Auxiliary nearly six years ago, joining after Shirley Freeman’s retirement as a way to be inspirational in the community.

“Whatever we did, she did it too. She was right there with us,” Freeman said.

Antoinette Freeman said her daughter got joy out of volunteering every year because she was an only child, and volunteering made her feel like she had more siblings.

Shirley Freeman felt more like a mom to Bails than a grandmother. When she was born, Bails had to go to the Neonatal Intensive Care Unit (NICU). Bails stayed with her grandparents the first five years of her life, and Freeman was even her first Head Start teacher. She became involved with the Plantersville St. Jude Bike-A-Thon at a young age; her grandma remembers pulling her in a wagon when she was 5, and Bails remained devoted to the cause ever since.

“Wherever children were involved, she was a part of it, and if she could help, that was her passion, to help a child,” Freeman said.

Through a recent fundraiser dinner in her memory, her family raised $4,200 for the St. Jude Bike-A-Thon.

Bails left an impression on everyone she came in contact with. Throughout her involvement in various extracurriculars and clubs, she had numerous mentors who encouraged her to be the best. Westmoreland remembers Bails being part of Girl Scouts with her children, with Bails receiving the Gold Award in 2018.

Even before becoming official members, Bails inspired her family to volunteer with the Salvation Army as part of her Girl Scouts volunteer requirements.

Antoinette Freeman appreciates witnessing all her daughter’s accomplishments. She retired in 2007 after her doctor warned her she had blood clots. Leaving the workforce allowed her to spend time volunteering with Bails throughout the community, including with Angel Tree.

One of Freeman’s proudest moments was seeing Bails join the sisterhood of the Alpha Kappa Alpha Sorority, Incorporated (AKA) in 2019 as an undergraduate student at Mississippi State University (MSU). She followed in her mother’s footsteps, as Antoinette Freeman did the graduate chapter.

The chapter would later honor her memory with a brick with her name, AKA membership year and graduating year that was installed on the Compass Scholars Walk at MSU.

Bails was also a member of the NAACP, and during her time at home, she remained committed to Angel Tree. She participated in Distribution Day, and volunteered with the Salvation Army’s Community Thanksgiving Luncheon and Empty Bowls.

She graduated MSU in three years, earning a Bachelor of Science degree in Human Development and Family Science with a concentration in Child Development on November 25, 2020. Inspired by Dr. Bryan Darling, the neonatologist who worked in the NICU when she was born, Bails enrolled in graduate school with the goal of becoming a doctor.

Some of the Shirly Freeman’s most bittersweet memories of her granddaughter involve travel. Through Bails’ involvement with different organizations, the two journeyed to Florida, Georgia, New York and Washington, D.C.

Before every trip, Bails would ask her grandmother, “Are you going with me?” Freeman always said, “yes.” For that, she’s grateful.

“You never know when it’s your last time to be, ”Freeman said. “I don’t have no regrets that I said no when she asked me to go.”

TUPELO • The Salvation Army Women’s Auxiliary hosted a campaign launch party on Saturday to honor and remember the life of a dedicated volunteer.