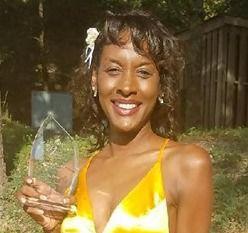 Shy Perry holds her 2019 Josie Music Award for R&B/Soul Artist of the Year. She received the award Saturday in Pigeon Forge, Tennessee. 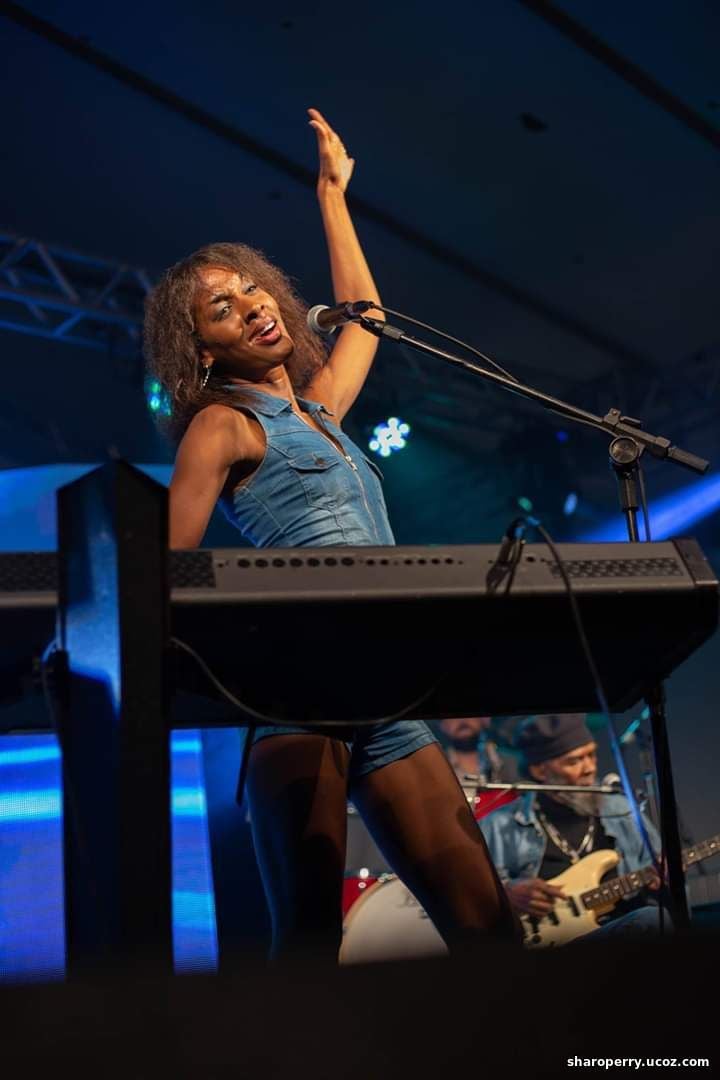 Shy Perry, the 2019 Josie Music Award winner of R&B/Soul Artist of the Year, performs earlier this year at the Mississippi Delta Blues Festival in Brazil.

Shy Perry holds her 2019 Josie Music Award for R&B/Soul Artist of the Year. She received the award Saturday in Pigeon Forge, Tennessee.

Shy Perry, the 2019 Josie Music Award winner of R&B/Soul Artist of the Year, performs earlier this year at the Mississippi Delta Blues Festival in Brazil.

ABBEVILLE • When Abbeville musician Shy Perry received her Josie Award Saturday, she accepted it as an honor for her family.

“It feels like I’m still on cloud nine and I’ll be residing there for a few days,” Perry said the day after her win. “I’m extremely happy and feel very grateful.”

The singer, keyboardist and songwriter from Lafayette County was up for three Josie Awards, including R&B/Soul Vocalist of the Year and Female Album of the Year for “Brand New Day,” her third solo release that came out last year.

Prospective nominees submit their works into the competition, and the nominees and eventual winners are selected by a team of music industry leaders.

“To have three nominations is amazing for me, an absolute honor,” said Perry in a Daily Journal interview earlier this month. “It was over 22,000 people who applied for different categories. You have to put in for whatever category you want to be nominated for and you have to have a little of history behind it.”

Both father and son played on Shy’s award-nominated album, which received airplay in the U.S. and Europe and reached No. 30 on the Independent Blues Broadcasters Association chart. Her music can be heard on her website, sharoperry.com, as well as her Bandcamp and Reverb Nation web pages.

Perry has played venues around the world with her father, and this summer they toured the U.S. to support her album. She considers her music “the Great Grandchild of the Blues.”

Perry shares the award with her father, brother and mother, Pauline Perry.

“My mom was extremely happy, and she was able to attend the awards with me and walked with me to the stage,” she said. “My dad is very proud and told me he already knew I would win. Mom, too. My brother is proud of me and said it was inspiring. That makes me feel very happy.”

Leah Rose Duncan, a country music singer/songwriter from Monroe County, was nominated in three categories: Female Rising Star Vocalist of the Year, Video of the Year and Song of the Year.

The Josie Music Awards were created in 2015 by the mother-and-daughter team of Tinamarie and Josie Passantino, who own and manage a network of media and business brands.

Toobin to Alan Dershowitz: What side are you on?

Lifelong Republican on which Democrat she would vote for