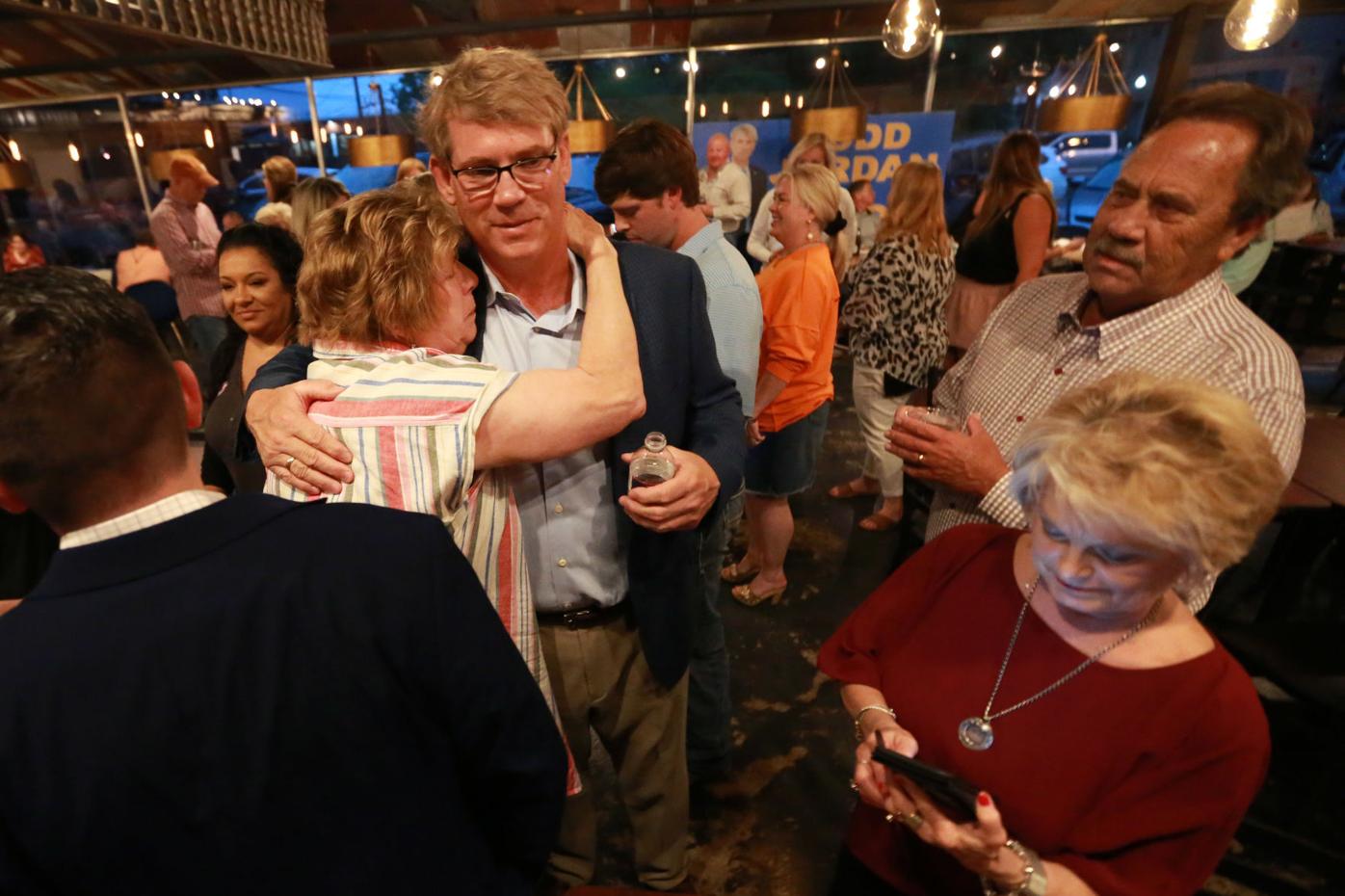 Todd Jordan receives a hug from his mother, Bonnie Berry, after winning the Tupelo mayor’s race on Tuesday night. Jordan, a Republican, defeated his Democratic opponent, Victor Fleitas, by capturing more than 62% of the vote. 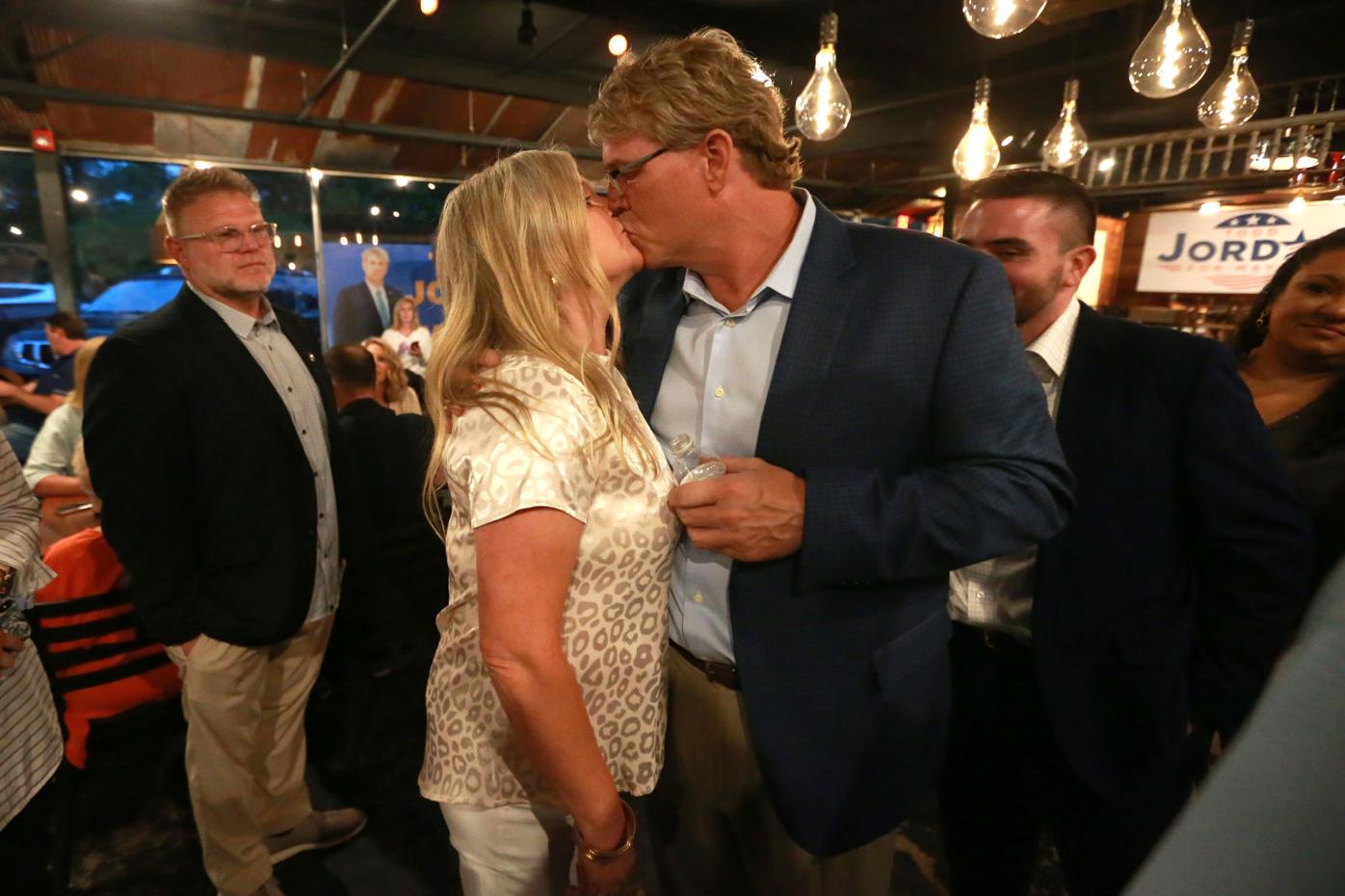 Todd Jordan receives a hug from his mother, Bonnie Berry, after winning the Tupelo mayor’s race on Tuesday night. Jordan, a Republican, defeated his Democratic opponent, Victor Fleitas, by capturing more than 62% of the vote.

TUPELO • Todd Jordan cemented his rapid rise through local politics on Tuesday night, winning election as Tupelo’s mayor and flipping the city’s top elected office back to the Republican Party.

In nearly complete but uncertified results, Jordan, 50, defeated Victor Fleitas, a 54-year-old attorney, by capturing 62.4% of the vote. Jordan, a Republican, held a 1,619-vote lead.

All absentee ballots received thus far have been counted.

“It almost doesn’t seem real,” Jordan told the Daily Journal at his election night event. “It’s been a long journey. We’re to the end of it as far as the campaign, but it’s just the beginning on what we want to do.”

Now that Todd Jordan has been elected Tupelo’s next mayor, here's what happens to his supervisor seat.

Now that the election is over, Jordan said he plans to attend the city’s Elvis Festival this weekend, attend a Mississippi Association of Supervisors meeting next week, then begin to transition over to City Hall.

Jordan said outgoing Mayor Jason Shelton has been helpful by keeping both mayoral candidates up-to-date on issues affecting the city and has promised to assist with the transition.

Jordan is a Tupelo native and a graduate of Tupelo High School, where he was the quarterback for the school’s football team. He attended Mississippi State University from 1989 to 1993 and was a quarterback and a punter for the university’s football team.

After graduating from college, he played a brief stint for the San Antonio Texans in the Canadian Football League.

Jordan returned to Tupelo in 1995 and started a pressure washing business. In 2006, he began working for Tommy Morgan, Inc. as a real estate agent, where he remains employed. In 2019, he began his career in local politics by defeating incumbent Lee County supervisor Tony Roper.

Throughout his campaign, Jordan said that, if elected, he would rely on an advisory committee to guide the nomination of a police chief, work to attract young families to the area, make the city a destination for weekend trips and study how other cities have managed their growth.

Following his defeat, Fleitas walked to Jordan’s election night party to concede the race and congratulate the mayor-elect on his victory.

Fleitas and Jordan largely agreed on many common issues that affect the city, such as access to affordable housing, infrastructure and the need to grow the city’s population.

However, a sharp wedge between the two candidates emerged over how the mayor should respond to a future pandemic, what role the city should play in vaccinating its citizens, how the city’s next police chief should be hired and the need to construct a new Lee County Adult Jail.

Jordan’s Tuesday night victory comes after he previously defeated Markel Whittington, a three-term member of the Tupelo City Council, in the Republican primary.

The city’s newest mayor will replace Shelton, a Democrat, who chose not to run again after serving two terms.

Jordan’s seat on the Lee County Board of Supervisor will now become vacant when he assumes office as mayor.

Although no official appointment has been made, at least one member of the county board has suggested appointing Todd Jordan’s wife, Christy Jordan, as a temporary replacement until a special election could be conducted.

Jordan will take office as the city’s 29th mayor on July 1.

Over $90,000 in donations made to Tupelo mayoral candidates

TUPELO • The All-America City’s two candidates running for mayor have spent a combined total of $54,661 on their campaigns in the city's hotly…