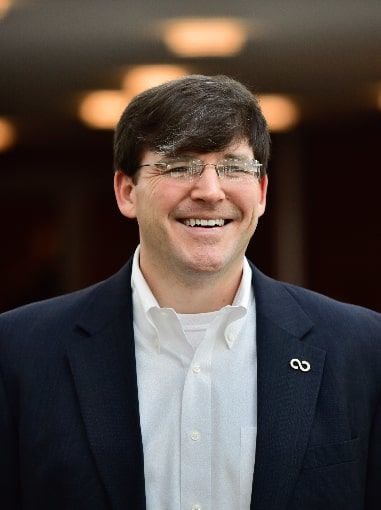 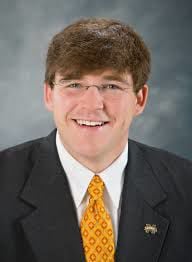 TUPELO • P.K. Thomas’ roots run deep in Tupelo, which was a major reason why he decided to come home.

Thomas, 39, will begin April 1 as the director of development for the CREATE Foundation, where he’ll work with community affiliates as well as all current and prospective donors.

He’s spent the past 10 years at the Mississippi State University Development Foundation.

He’s the fourth in his family to be named Perry King Thomas; his great-grandfather owned and operated TKE Drugs in Tupelo; his grandfather was an OB-GYN and helped start the Women’s Hospital; and his father was a two-time city alderman and one-time city council member.

“I come from a long line of Tupelo people,” he said. His mother and sisters, aunts and uncles and all his first cousins live in the All-America City as well. So it’s a homecoming for Thomas.

“I’m just very excited about the opportunity to move back to my hometown to work for a fantastic organization and to help make an impact in Northeast Mississippi,” he said.

Thomas graduated from Tupelo High School in 1999. He earned a bachelor’s degree in communication from Mississippi State in December 2003. In January 2004, he went to Scotland where he lived for six months. In July of that year, he got a job as an admissions counselor at State, recruiting students.

After two years, he resigned and got a master’s degree in physical education/sports administration with a minor in marketing, also from Mississippi State.

“I was hoping to work in an athletic department, but the end goal always was to work at Mississippi State,” he said.

After earning his master’s degree, Thomas worked for the Yocona Area Council of the Boy Scouts of America as a district executive for Alcorn, Prentiss and Tishomingo counties.

He returned to MSU in 2010, joining the MSU Development Foundation.

Chartered in 1962, the MSU Foundation administers most of the campus-based fundraising activities and endowment funds. The Foundation’s total assets are valued at more than $680 million, and its current campaign, “Infinite Impact: The Mississippi State University Campaign,” has reached nearly $810 million in commitments toward its $1 billion goal.

Thomas’ work at MSU involved working with donors giving $25,000 or more, and his job was to maintain and cultivate relationships with past donors and alumni to lead to gifts.

“The gifts that stand out to me aren’t necessarily the biggest ones,” he said. “It’s the gifts that make the most impact on the students or even the donor that stand out most ... being able to work with donors and figure out where their passion for the university lies and getting them back engaged are my favorite ones.”

He hopes to bring that experience home to CREATE, which has assets of around $110 million.

“This job can be transactional,” he said. “It was an emotional connection to work at MSU, and it’s the same with CREATE. There’s more buy-in for me, because it’s a place which I want to succeed ... I want to use the strengths I have and the things I learned at MSU to help push CREATE forward.”

Don Lemon to Trump: The buck stops with you

Sites in Pearl River, Tippah and Jackson counties up next for one-day, drive-through COVID-19 testing

Despite warnings, churchgoers explain why they're still going to services