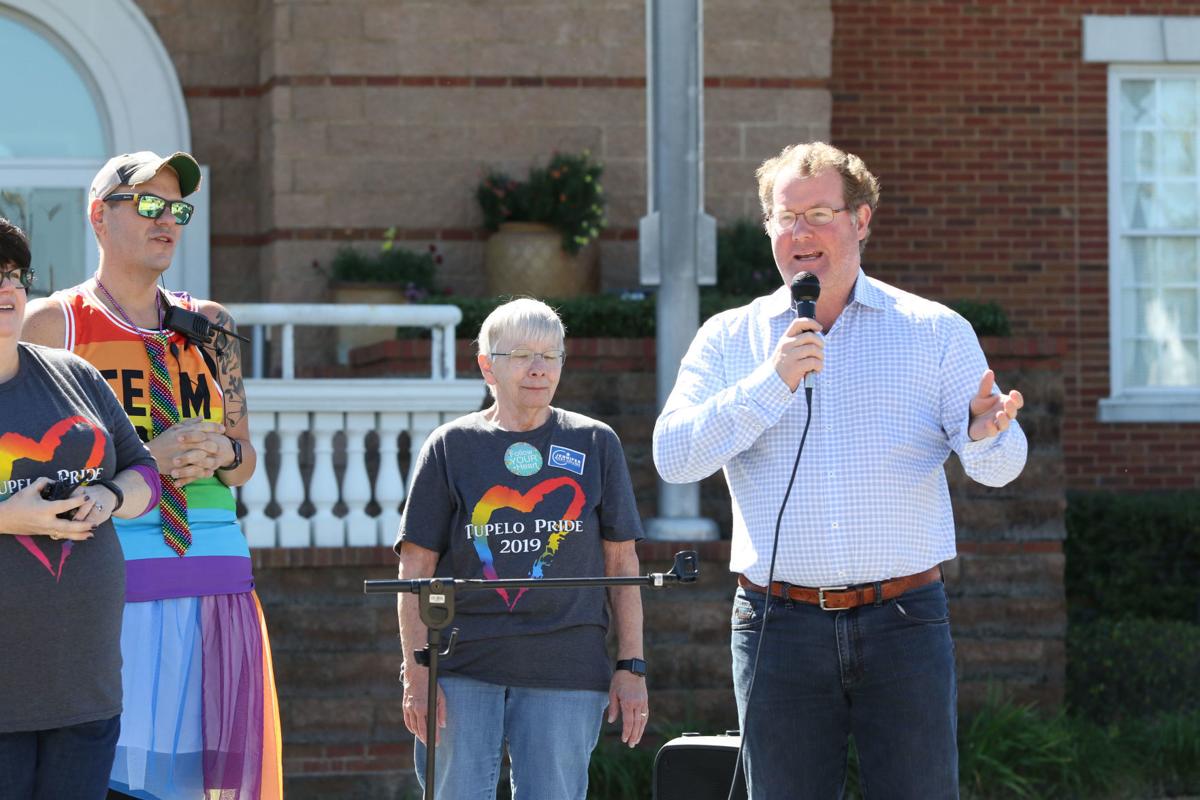 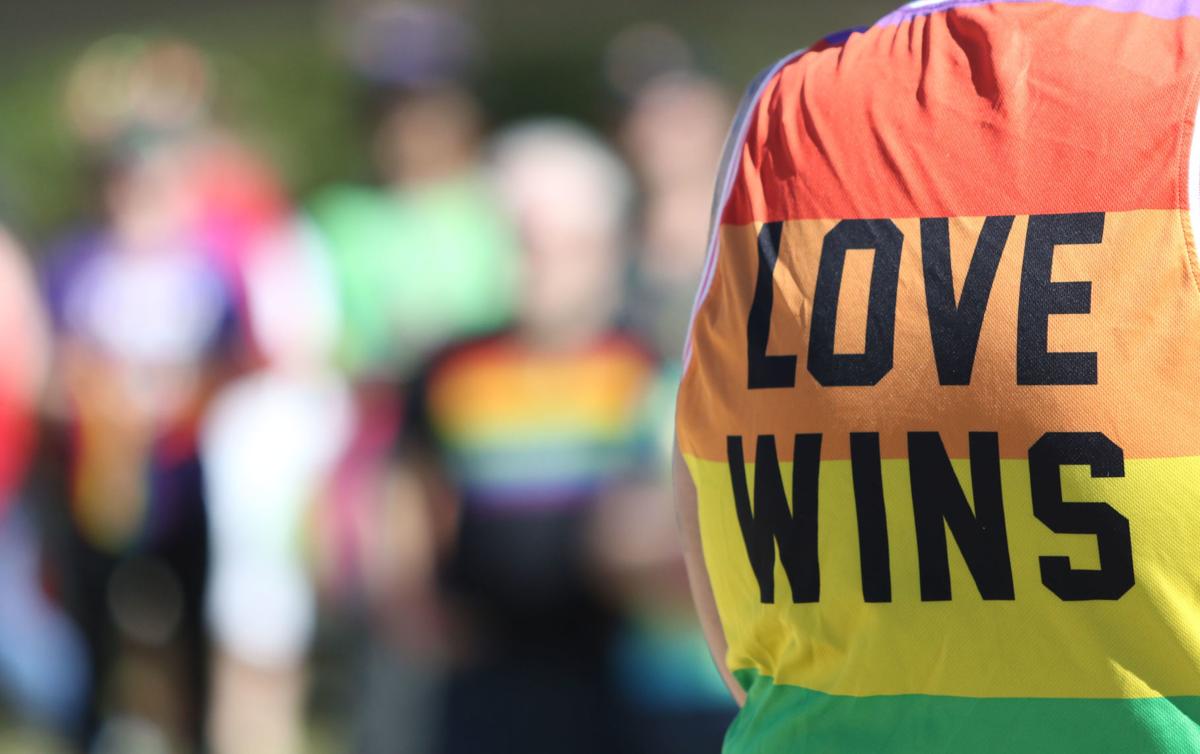 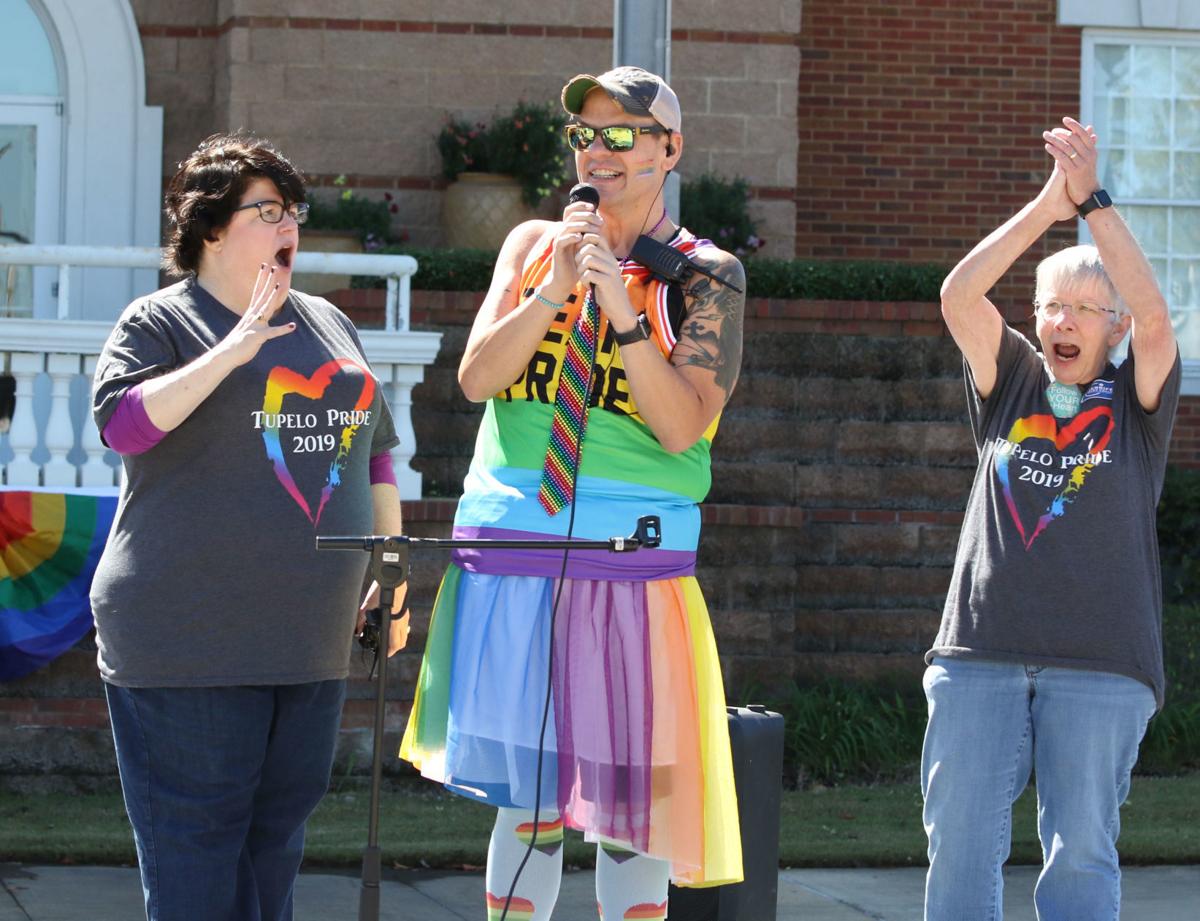 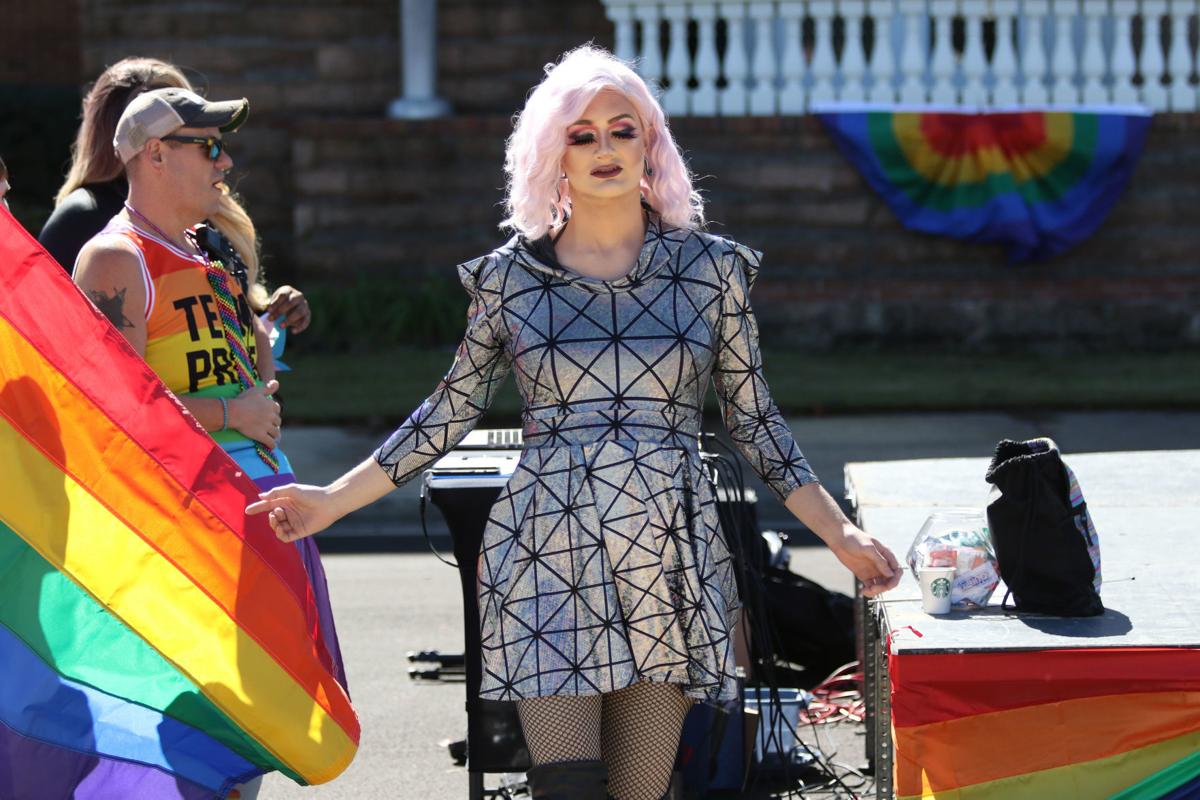 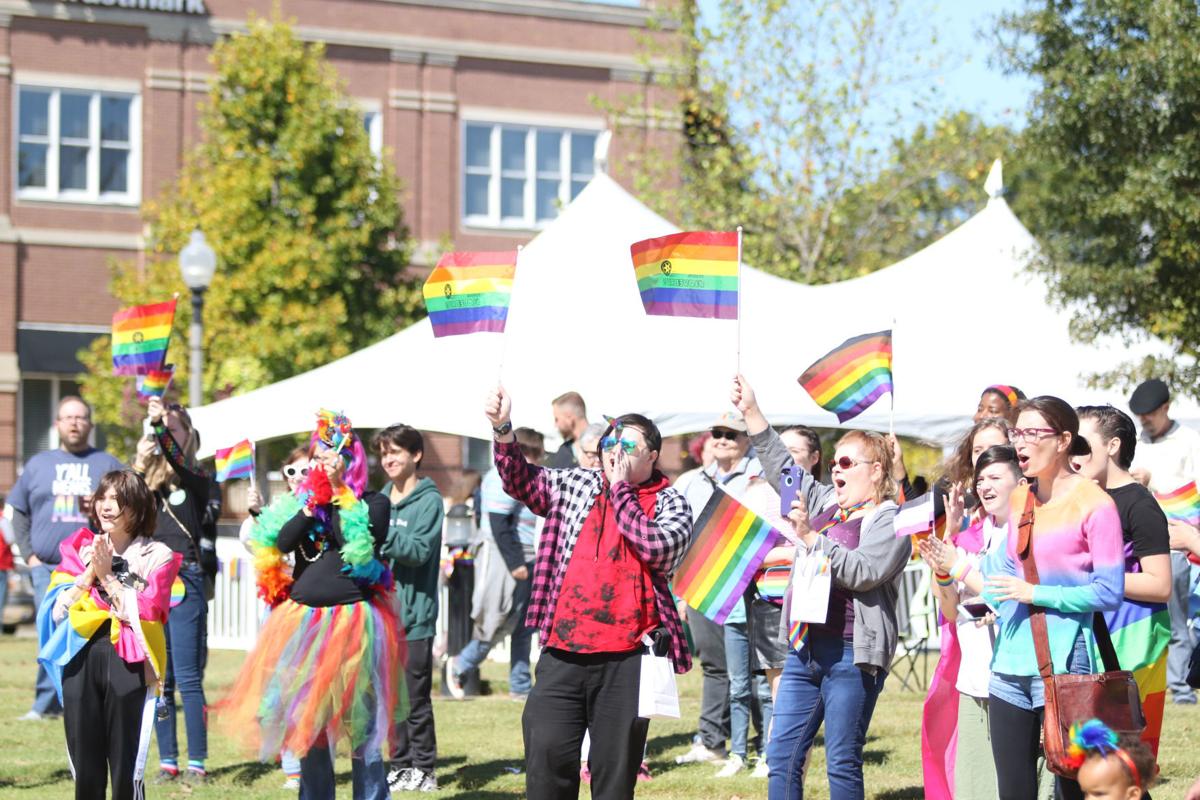 Tupelo • “Love wins in Tupelo,” was the message embraced and exuded by everyone present at the second annual Tupelo Pride festival on Saturday, including the Elvis statue with a rainbow flag draped over his bronze shoulders.

The festival was attended by Tupelo residents and visitors from neighboring communities, and featured a drag show, live music and a colorful afternoon march beginning at Fairpark and looping around the Downtown District.

Mayor Jason Shelton delivered the welcome address and assured attendees that his administration has “made every commitment to inclusivity and diversity.”

He was out of town for the inaugural event but said he felt it was important to be present on Saturday. Shelton said that when the request for his presence at Tupelo Pride came in, someone asked “Are you sure you want to do that?”

“That pissed me off,” Shelton added. “It’s absurd that someone asked. I said, ‘What are you talking about?’”

He reminded attendees of Tupelo’s “long history of being a progressive city in the southeastern United States” and concluded by saying, “Love wins in Tupelo.”

Tupelo Pride president Linn Wotring moved to Tupelo from Michigan around 10 years ago and said she noticed that rural Mississippi wasn’t as welcoming to the LGBTQ community.

She and other organizers were overwhelmed by the support for the first Tupelo Pride and expanded the celebration further this year.

This year’s festival included tents sponsored by counseling groups, the Mississippi Human Rights Campaign, the ACLU and several others. Organizers also expanded the number of vendors and food trucks.

Melanie Deas, executive director of the Link Centre and member of Tupelo Pride’s planning committee, said the goal is to scale up the event each year.

“Bigger, better, more. More education, more inspiration, more people showing that we can be different but we’re really all part of the same common humanity,” Deas said. “I believe that you change hearts and minds one relationship at a time and what better way to come out and meet a new person?”

Toyota, the event’s primary sponsor this year, had an exhibit featuring a vintage 1969 Corolla shipped from the company’s headquarters in Dallas alongside a 2020 Corolla that came off the production line at the plant in Blue Springs in March 2019.

The cars served as a visual parallel to the years passed on a nearby “Road Map to Equality” timeline highlighting major moments in LGBTQ history since the 1969 Stonewall riots in New York City. Attendees were encouraged to write their own stories on sticky notes and add them to the wall.

“It’s opportunities like this that allow us all to learn and grow as a community and fully embrace the colorful world that we live in,” Emily Lauder, vice president of administration for Toyota Mississippi, said. “It’s all a great reminder that we’re stronger together. At Toyota we say, ‘One team, one Toyota.’ The same is true here today. One community, one Mississippi.”

Eggsville resident John Markiewicz attended for the second year in a row. He was so moved by the first festival that he felt “to not participate this year would just be wrong.”

“I feel that everybody needs to get out and support everybody,” Markiewicz said. “We’re all equal and we all deserve the same rights.”

Casey Dillard, a Tupelo resident, said she’s happy to see people coming out to find common ground and supporting each other even if they aren’t a part of the LGBTQ community themselves.

“It’s human rights and making people feel safe,” Dillard said. “If you’re not a good community, then you have failed as a city. Part of that is making sure that everybody feels safe and supported.”

TUPELO • This year’s Tupelo Pride celebration will outdo its predecessor, according to organizers. The second annual Tupelo Pride occurs from …

How Minneapolis protesters are honoring the site of George Floyd's death