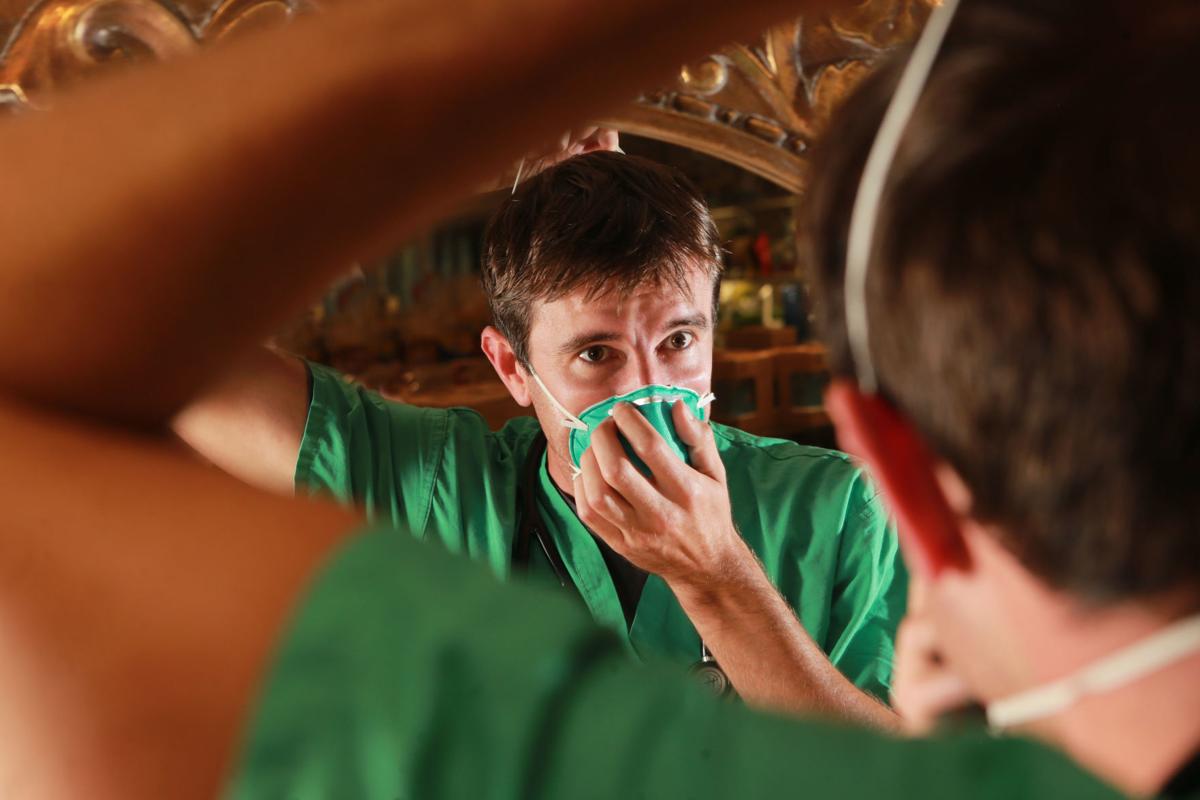 Brad Boldizar, M.D., demonstrates the correct way to wear a face mask to be most effective in protection against the coronavirus. 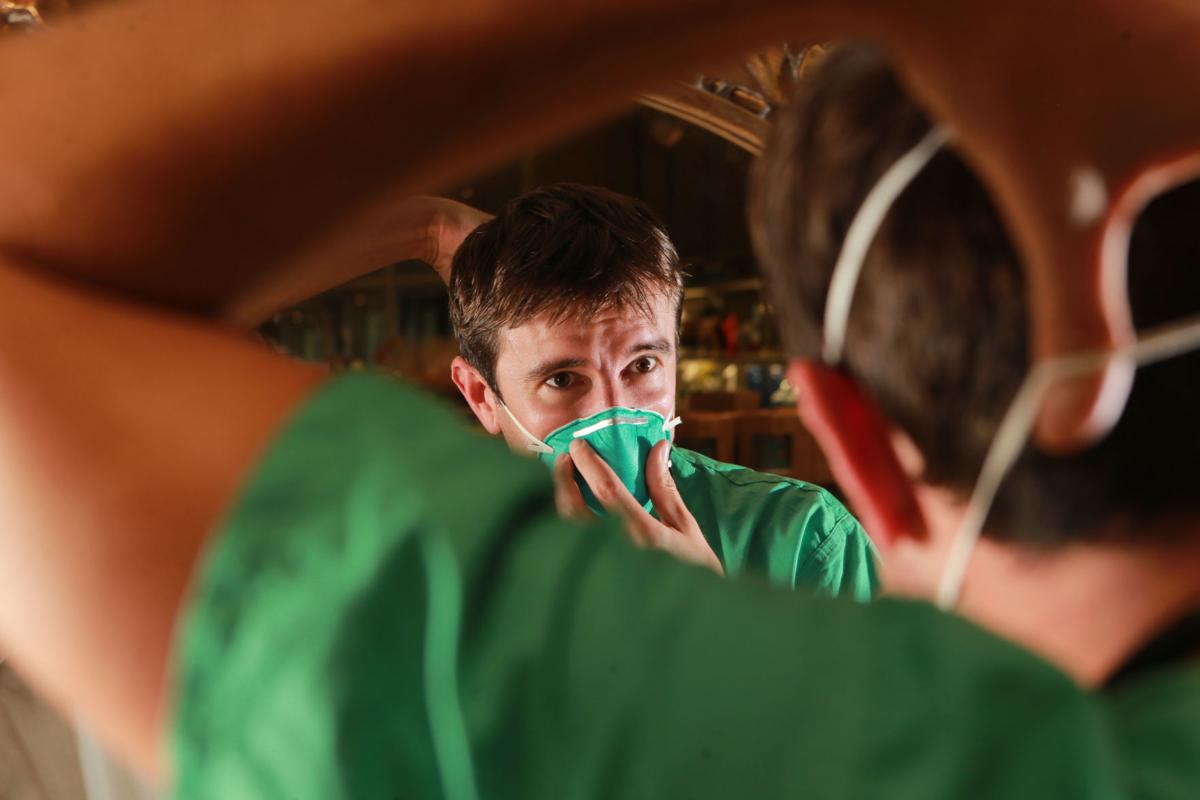 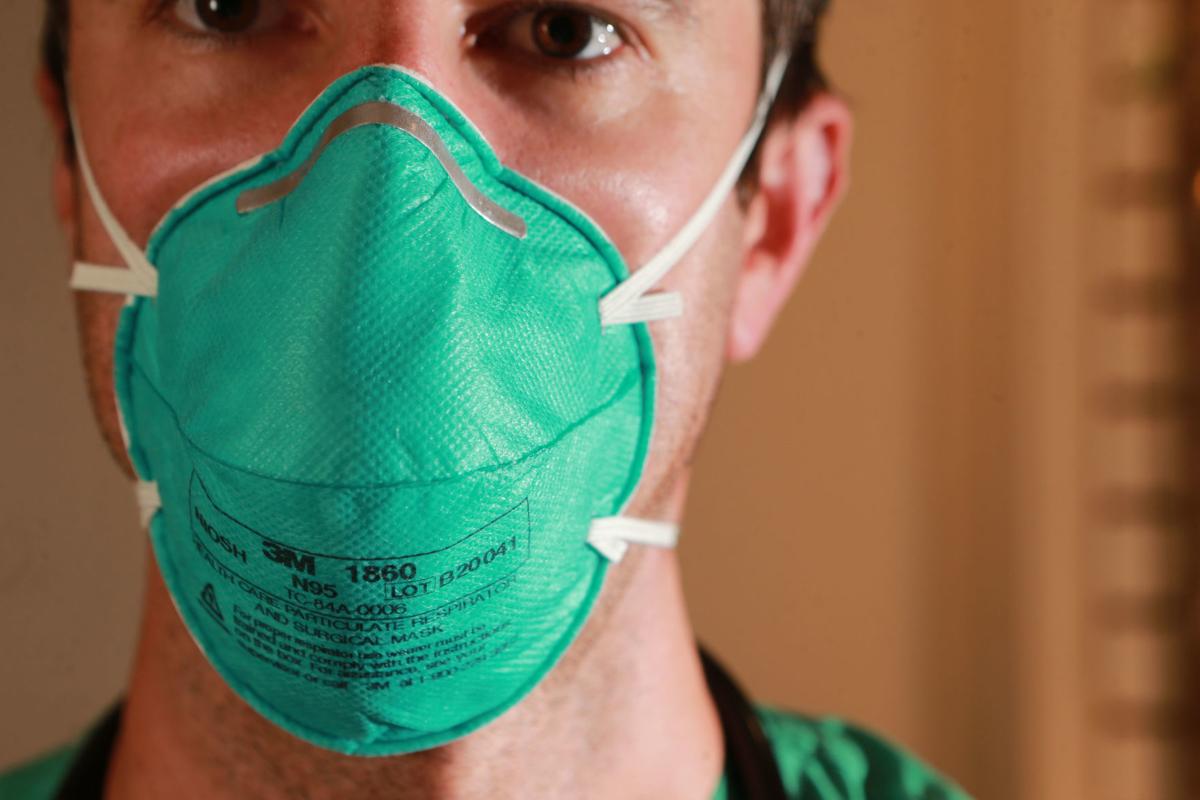 Brad Boldizar, M.D., demonstrates the correct way to wear a face mask to be most effective in protection against the coronavirus.

TUPELO • Below the nose, under the chin, over the head: If you’re wearing a face mask incorrectly, then you’re not protecting yourself or others.

Dr. Jeremy Blanchard is chief medical officer of North Mississippi Health Services, based in Tupelo. He believes the widespread use of masking among the general public can help stem the spread of the novel coronavirus pandemic and make the economic reopening of the country safer.

But a mask must be used correctly to be effective.

“Correct wearing of the mask means it covers both your nose and your mouth, and it fits your face,” Blanchard said.

When he’s out and about in the community, Blanchard sees fewer people masking than he would like. He also sees a lot of mistakes made that dramatically reduce the effectiveness of masking.

Whether a homemade cloth mask, or a medical mask of some kind, there are some basic guidelines to follow. The mask should cover the mouth and the nose. Wearing a mask just below the nose undercuts the value of masking, as particles can be inhaled through the nose as well as expelled, through cough, sneezing or the like.

The mask should be fitted to some degree around the nose and upper face, not open.

Taking the mask off to speak to others is also a mistake that undercuts the value of the mask since the mask is intended to reduce the transmission of the virus between individuals.

“The time to wear it is when you’re interacting with others,” Blanchard said.

That also means there’s not much value to wearing a mask when you’re alone outside or in your car, or doing some kind of activity outside that won’t have prolonged contact with others.

“If you’re going for a run, you don’t need to wear a mask,” Blanchard said. “If you’re out in nature, it’s not thriving in nature.”

Cloth masks should be washed between uses, to prevent a contaminated mask from itself spreading disease. A used mask can be stored in a paper bag until it can be washed or disposed of, Blanchard said.

Blanchard echoes the increasing consensus of public health experts that masking can help control transmission, This consensus was slow to develop, however, in the United States and other Western countries.

The Centers for Disease Control initially recommended that healthy individuals without any symptoms of COVID-19 not wear any kind of face covering. Federal public health experts cited concerns that the public would not wear masks correctly, and that the masks would bestow an exaggerated sense of security from the disease.

However, the high prevalence of people who can spread COVID-19 without ever experiencing any symptoms of the disease, as well as the lag in efforts to trace and isolate, helped generate a now-widespread encouragement to adopt face covering as a way to slow the spread of the novel coronavirus pandemic.

The CDC especially recommends use of face coverings in situations where a distance six feet from others cannot be easily maintained, including grocery stores and other essential businesses.

With states across the country now dropping restrictions on social gatherings and businesses, Blanchard sees masking, hand washing and ongoing social distancing as the key to minimize spread.

“The power really lies with the community and the decisions the community makes; the community can control the disease,” Blanchard said. “The greatest way to protect our economy is to wear a mask.”

The doctor acknowledged that wearing a mask can feel strange, especially if you’re one of the few in public doing so. Even Blanchard said he can feel awkward if he’s the only person wearing a mask in a business or other public setting.

However, Blanchard encouraged people to adopt the practice as a way of caring for others.