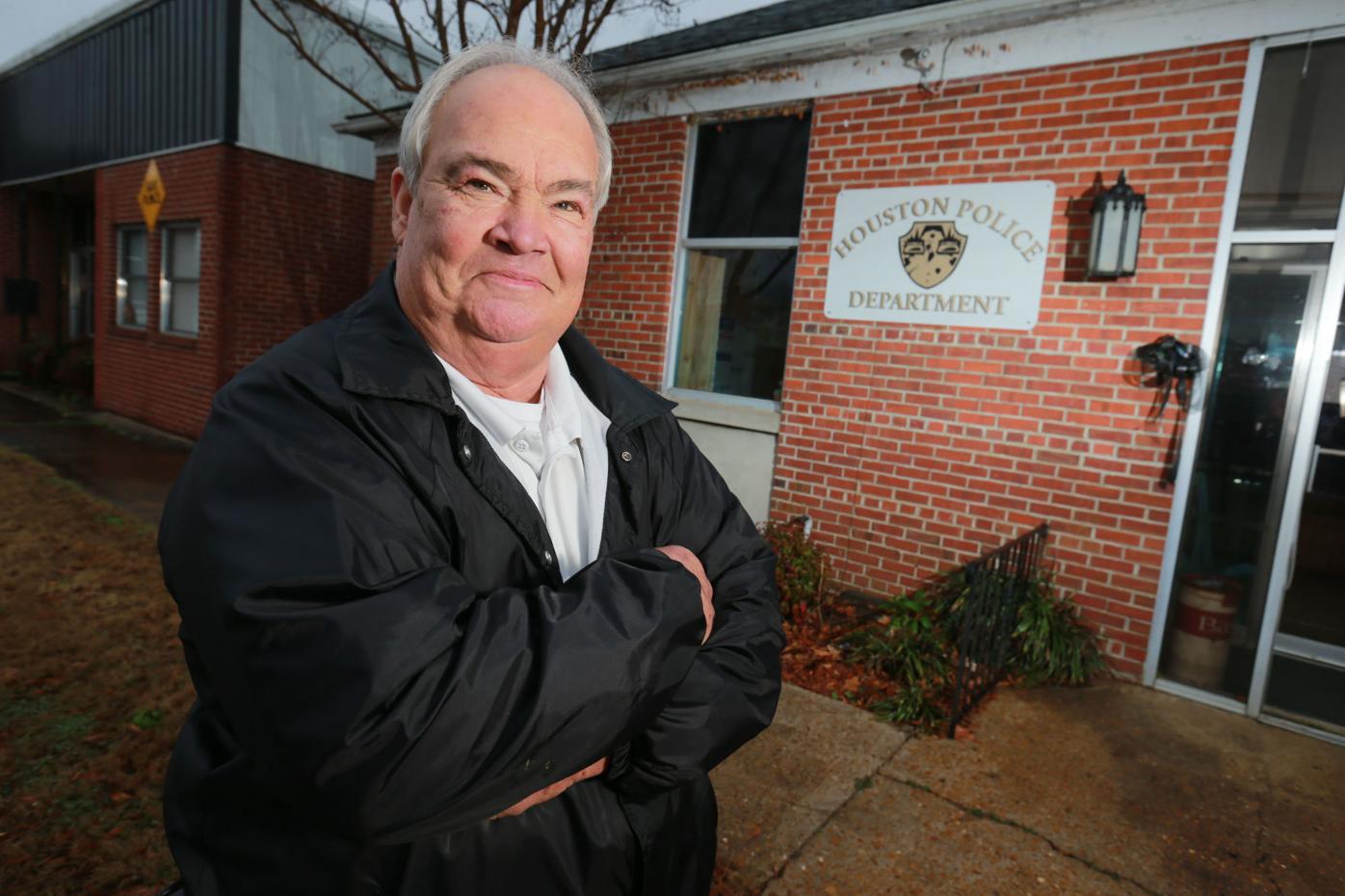 When longtime Houston Police Chief Billy Voyles leaves office this summer, his position will be filled by the city board, not the voters. Houston’s top police position is one of a growing majority in Mississippi that are appointed by city leaders instead of elected by voters. 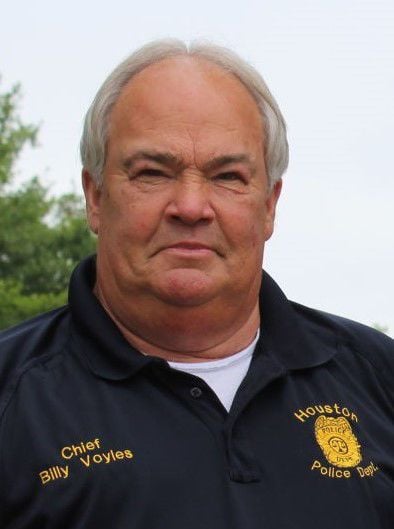 When longtime Houston Police Chief Billy Voyles leaves office this summer, his position will be filled by the city board, not the voters. Houston’s top police position is one of a growing majority in Mississippi that are appointed by city leaders instead of elected by voters.

Municipal elections are just around the corner and the number of elected police chiefs in Mississippi dropped by nearly 20 percent in recent months.

In November, the Houston Board of Aldermen voted to make its top cop position appointed. Earlier this month, the aldermen in Forest, located in Scott County, did the same thing.

There are 275 police chiefs across the state, according to the Mississippi Association of Chiefs of Police. Of that total, there are now just nine (3.2 percent) who are elected. The remaining elected police chief positions are in Aberdeen, Amory, Baldwyn, Brookhaven, Corinth, Iuka, Nettleton, New Albany and Okolona.

In Houston, the planned departure of Police Chief Billy Voyles prompted the aldermen to make the change. Voyles, who has served as chief for more than 15 years, has announced he will not run for re-election this summer.

Even though he is retiring, Voyles was adamant in his support of keeping the position elected.

"I wasn't for it and I pointed it out to them (the board) quite a few times," Voyles said. "You are taking the rights away from the citizens if you don't let them vote.

"I guess they wanted to control everything."

The city has not announced who will become the next police chief, but they have some time. Voyles' term runs through the end of June. That will give the city time to advertise the position, interview candidates and make a hire,

Houston Mayor Stacy Parker said the elected vs. appointed debate in the Chickasaw County town has gone on for 15 or more years. Since the current chief was not running again, it made it easier for aldermen to go ahead and make the change.

"After the current chief announced he was not running again, we started looking at it," Parker said. "We made the decision around November because we wanted to do it before qualifying began in January."

One thing the city will have to take a hard look at is the salary they will offer the next chief. The job salary is currently less than $50,000 per year. The mayor said the growing city might not get the best candidates to apply for that figure.

"We are trying to put a plan together with a job description," Parker said. "The board is figuring out the salary. (If the salary is too low) we will get a person, but it might not be the right person.

"We hope to have all that done and be able to post the job in February. Since the current chief's term ends June 30, that would give us about five months (to hire a new police chief)."

While the city is searching for their next chief, the board will have a chance to revisit the chief's job description and how the department is organized. Police and fire chiefs typically have more autonomy over their employees that do the heads of other city departments.

But the next chief will likely have a little less say-so than Voyles currently does.

"The involvement of the mayor will be a little more than it was," Parker said. "The (appointed) chief will still handle the day to day operations. The department heads know how to do their job and handle their people, but the buck will stop more on the mayor's desk."

While he is stepping down as chief, Voyles is not leaving public service completely. Since 1996, he has also served as one of Chickasaw County's constables. He still has three years left on that term of office.

Jeremy Voyles was a narcotics officer for the Chickasaw County Sheriff's Office and died in a car wreck west of Houlka in August 2019.

In Forest, about 30 miles east of Jackson, officials had been looking at the switching the position to appointed for several years, said Mayor Nancy Chambers.

"Our chief came to us and asked us to make the change," Chambers said. "He felt like he could do a better job if it was an appointed position.

"It had been on the agenda for a couple of months as we got feedback from the community."

The aldermen voted to make the switch during their January meeting. Current chief Will Jones, who was first elected in 2013, will assume the appointed position when his term officially ends in July.

This summer, the board will begin looking at the job description, departmental hierarchy and make any changes needed. Chambers said the board will retain the hiring and firing authority of first responders.

This is actually the second time for Forest to make the position appointed. Chambers said the city switched about 30 years ago but, for a variety of reasons, officials decided to go back to electing the police chief.

Elected chiefs have to live within the city limits. There is usually no requirement that the candidate be a certified officer to run. If elected, they have two years to gain that certification. Supporters argue that hometown folks know the community and are better suited to lead the department.

Appointed chiefs can come from anywhere. Boards advertise the position and can require a certain level of experience to be considered. Proponents say that police are just like any other city department, and other department heads - like fire chiefs - are appointed.

Supporters of elected chiefs say because they have four years of job security, they are free to do their jobs without worrying about the interference of small town politics. On the other hand, an appointed chief serves at the will of a mayor and board, providing a constant degree of accountability.

Since there is no recall mechanism in the state constitution, it is nearly impossible to remove a sitting chief from office. In most cases, the mayor has the authority to fire a police chief.

Of the nine remaining elected police chiefs, seven of them will be on the ballots during this spring's municipal elections. All seven have qualified to run for reelection. Aberdeen and Corinth city elections are held on different cycles than the rest of the state.

Four of the elected chiefs in northeast Mississippi have 20 or more years on the job. Amory's Ronnie Bowen and Okolona's Tommy Ivy both have 28 years. Ivy was Okolona's first Black town marshall when he was elected in 1989. Baldwyn's Troy Agnew has 24 years in two stints as chief.

In Tishomingo County, Randy Stringer has been the Iuka Police Chief for the last 20 years. He has qualified for reelection and is debating whether this will be his last term.

"If I can get someone I feel comfortable with and can train (as a replacement), I might think about retiring," Stringer said. "Thirty years (as a police officer) might be enough."

He said his board has talked in the past about going to an appointed chief, but has always left it an elected office.

In New Albany, Chris Robertson has served two terms as a Democrat. He qualified as a Republican for reelection. Nettleton Police Chief Gary Monaghan is seeking his second term.

TUPELO • Three Lee County cities still do not have enough candidates to fill their slates, with just five days left for people to qualify.

Michael Bolton wants you to break up with Robinhood