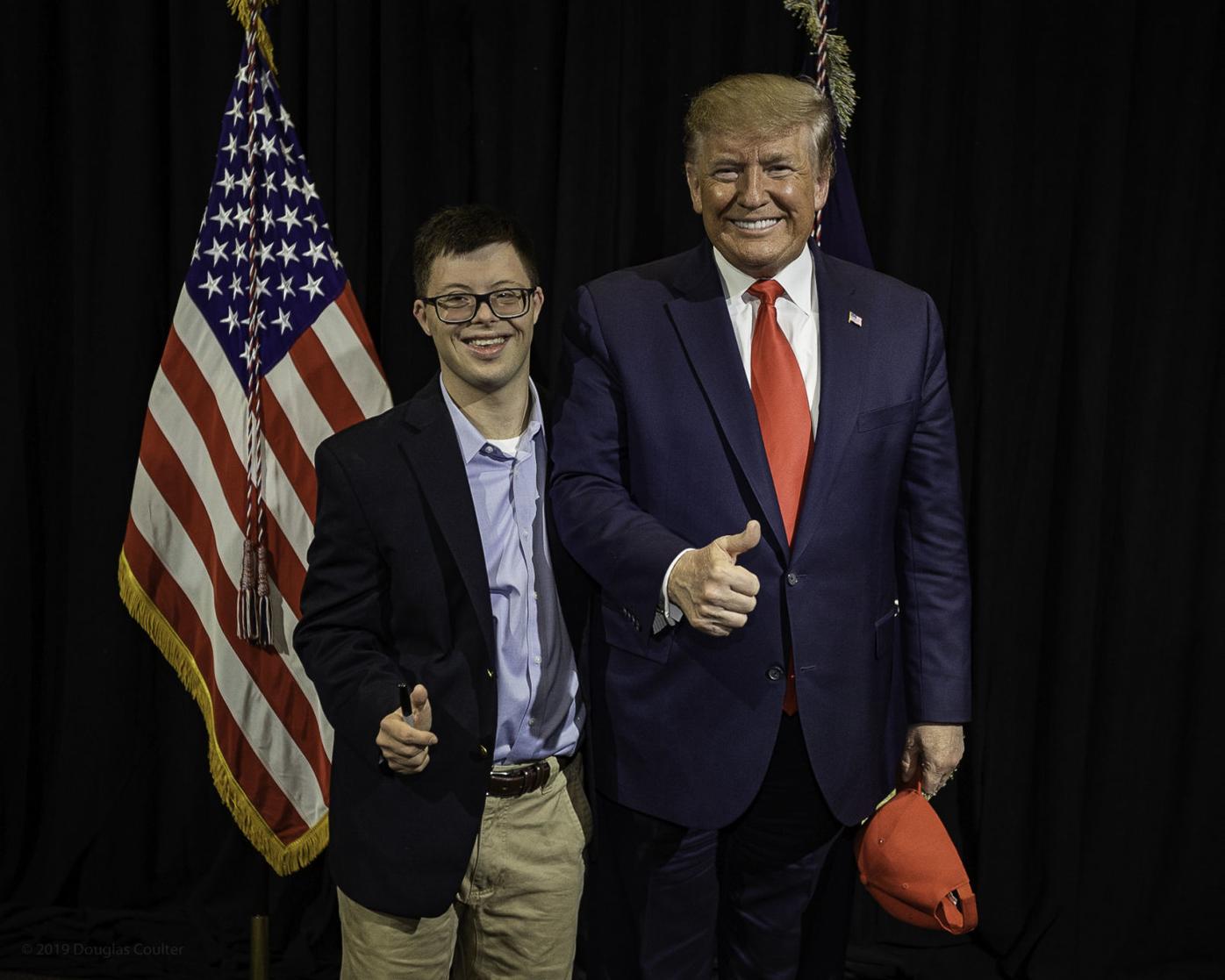 Tupelo native Spencer Kirkpatrick and President Donald Trump mug for the cameras during a meeting Nov. 1 prior to Trump's political rally at BancorpSouth Arena. 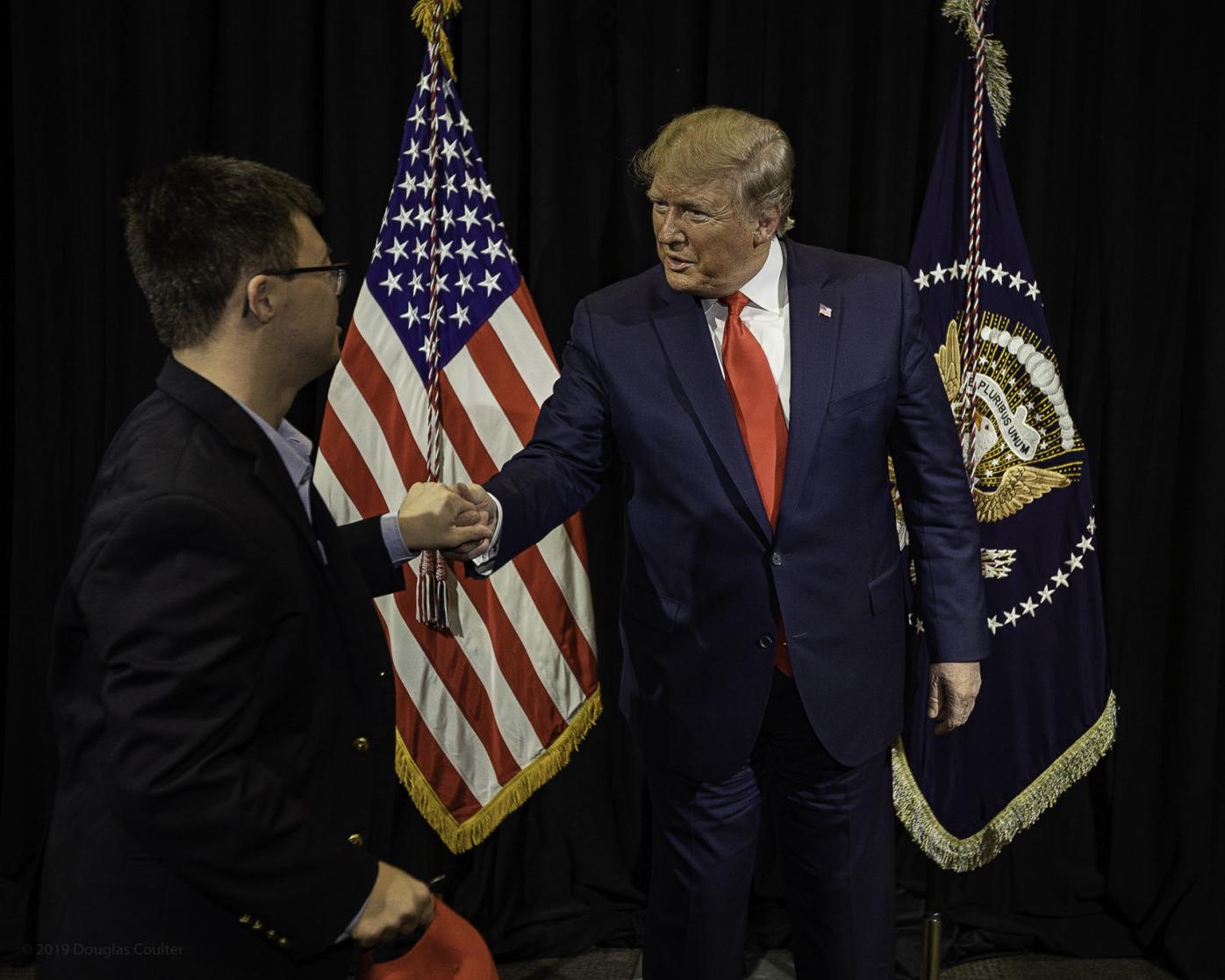 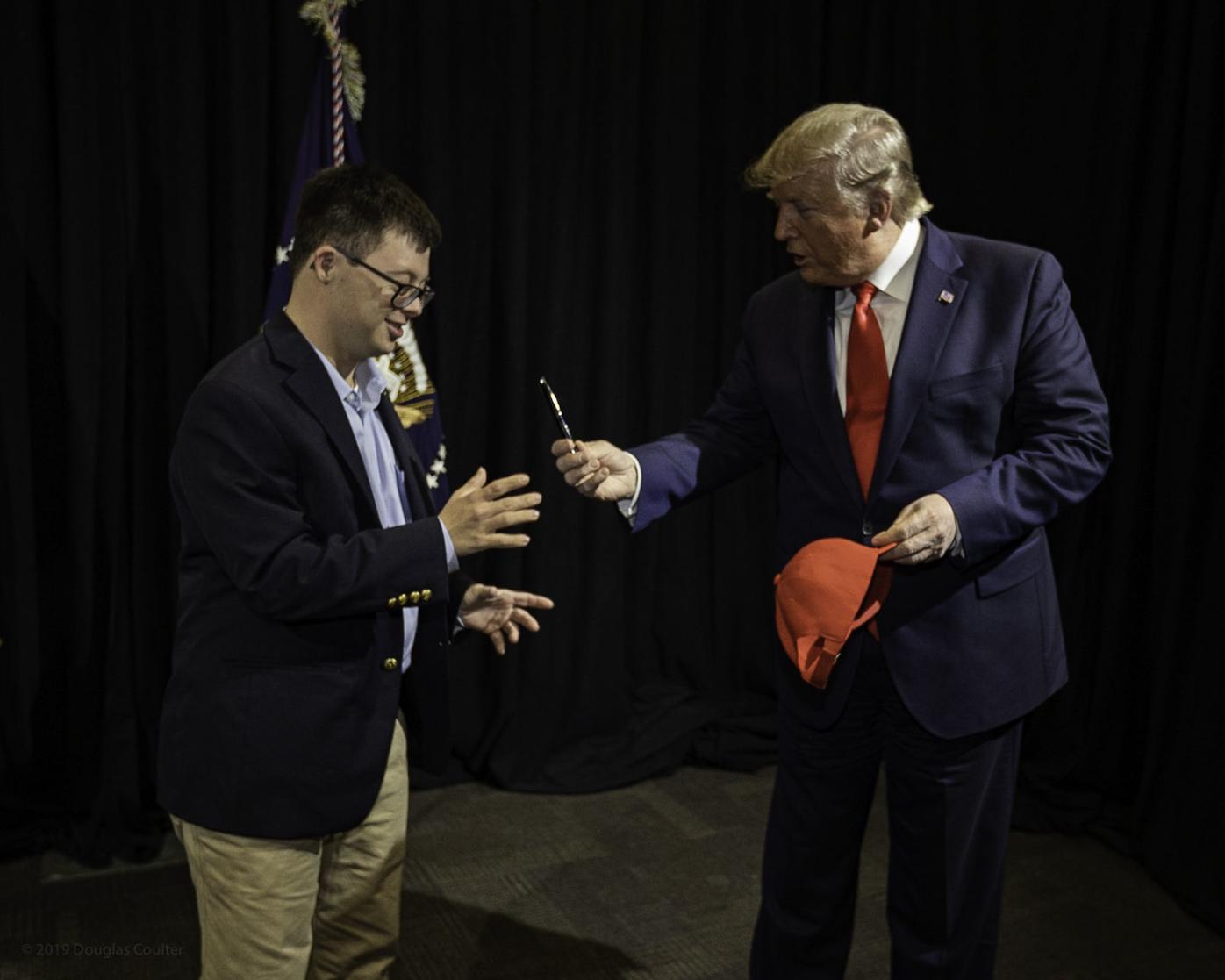 President Donald Trump presents Spencer Kirkpatrick with some gifts during their meeting prior to Trump's Nov. 1 political rally in Tupelo.

Tupelo native Spencer Kirkpatrick and President Donald Trump mug for the cameras during a meeting Nov. 1 prior to Trump's political rally at BancorpSouth Arena.

President Donald Trump presents Spencer Kirkpatrick with some gifts during their meeting prior to Trump's Nov. 1 political rally in Tupelo.

Spencer Kirkpatrick is a senior enrolled in Mississippi State’s Access program, a four-year non-degree program for students with intellectual or developmental disabilities.

Kevan Kirkpatrick said the opportunity for his son to meet Trump happened by chance. He was meeting with the lead press advance representative from the White House, who was touring the BancorpSouth Arena days prior to the rally. The representative mentioned being a Mississippi State graduate and talked about Spencer winning homecoming king, not knowing he was Kevan’s son.

“After a few minutes, I told her he was my son and we just talked about that for a few minutes. Next thing I know, the following Thursday, she sent me an email to call her and I just assumed it was for something with the event, and that’s when she said Spencer’s been invited to meet Donald Trump,” Kevan Kirkpatrick said.

Kevan Kirkpatrick said the family was in shock. He remembers asking why and being told that since Spencer Kirkpatrick had achieved so much, they felt he was deserving and the president would enjoy meeting him.

Trump met the family prior to the rally. Kevan Kirkpatrick said the family was in a room with Republican candidates and officials such as Gov. Phil Bryant, Tate Reeves, Delbert Hosemann, Cindy Hyde-Smith and others as they waited for the chance to meet the president.

Kevan Kirkpatrick emphasized for his family, the meeting was not political but about it being an honor to meet the president.

“This was about the office of the presidency and requesting a visitation with my son, and it was something that we’ll never, ever forget. I’ll never let anyone turn it into something political because that’s not what it was,” Kevan Kirkpatrick said.

“(Spencer) treated President Trump just like he would treat you if you walked into a room and he was meeting you for the first time. He kind of gave him a little hug and he really was like with President Trump like he is with anybody else, and I think Trump appreciated that,” Kevan Kirkpatrick said.

Watch what happened when CNN went to Proud Boys rally