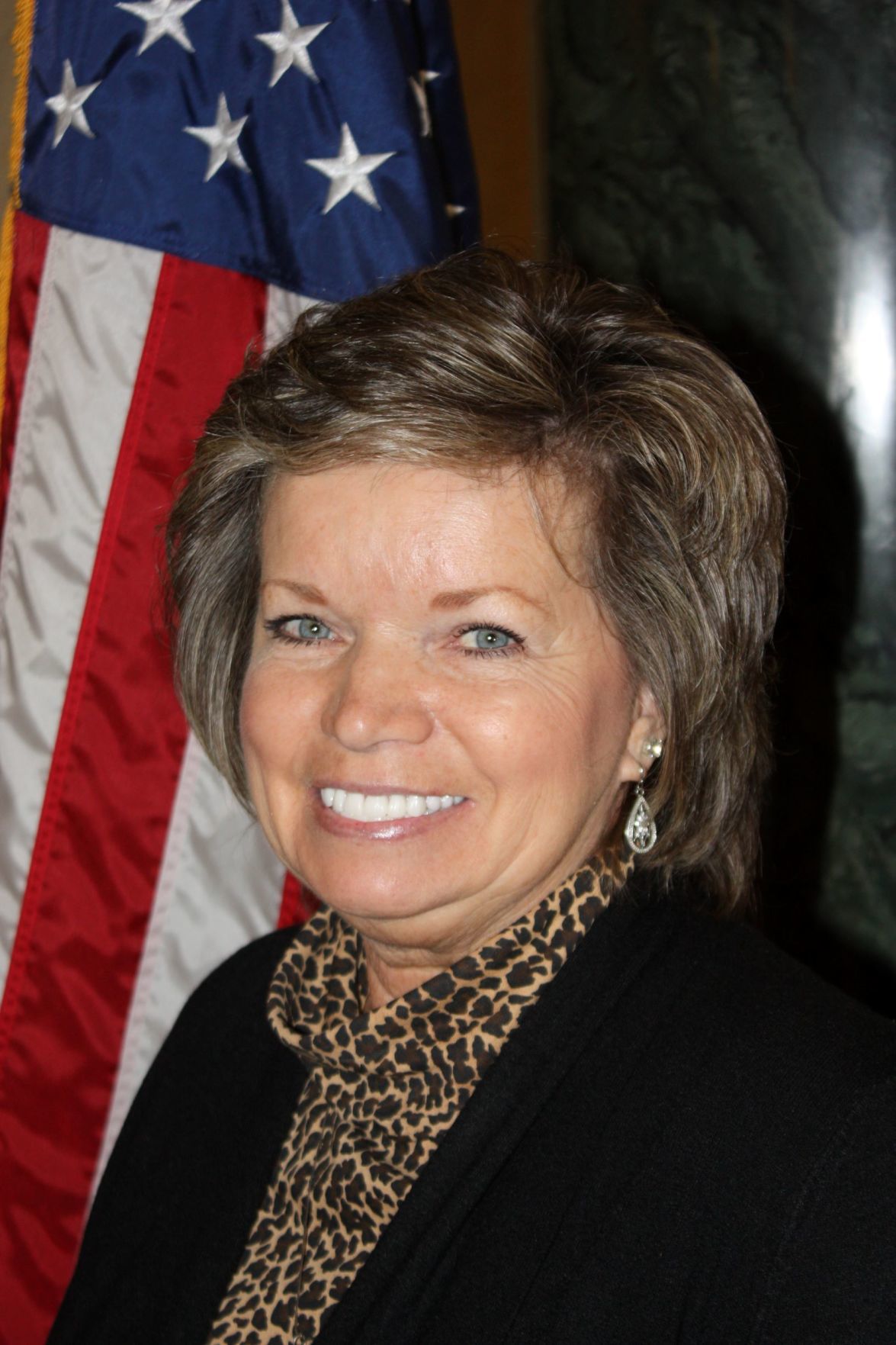 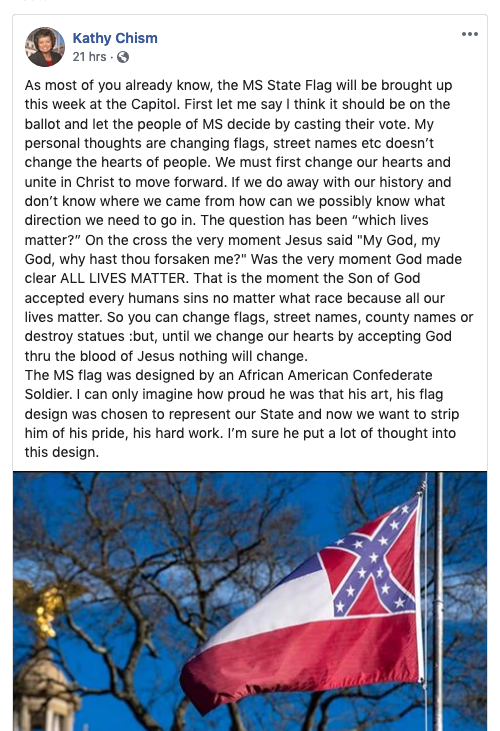 TUPELO • State Sen. Kathy Chism, R-New Albany, believes the Legislature should not change the state flag and has without any evidence claimed that a Black veteran of the Confederacy designed the flag.

Historical accounts widely attribute the design of Mississippi’s flag, which was adopted in 1894, to Edward Scudder. Scudder was a white state senator and attorney.

But in a Sunday Facebook post, Chism, a freshman lawmaker, made a different historical claim without referring to any sources.

“The MS flag was designed by an African American Confederate Soldier,” Chism wrote. “I can only imagine how proud he was that his art, his flag design was chosen to represent our State and now we want to strip him of his pride, his hard work. I’m sure he put a lot of thought into this design.”

Within the comments to her post, multiple people corrected Chism’s claim. As of Monday evening, Chism’s original post remained.

When reached Monday night, Chism said she has no comment on the post and would not answer any questions about the source of her claims about the design of the flag.

In her post, Chism also offered the view that only a voter referendum in the state should alter Mississippi’s flag.

“First let me say l think it should be on the ballot and let the people of MS decide by casting their vote,” Chism wrote.

Citing her Christian faith, Chism also said that in the crucifixion of Jesus as described by the Bible, “God made clear ALL LIVES MATTER.”

Chism also wrote that, “until we change our hearts by accepting God thru the blood of Jesus nothing will change.”

“According to the best information available, Senator E.N. Scudder of Mayersville, a member of the Joint Legislative Committee for a State Flag, designed Mississippi’s new flag,” according to Mississippi History Now, referring to the 1894 flag that continues to fly.

A source frequently cited to support Scudder’s design of the flag is an address his daughter gave in 1924 to the convention of the Mississippi Division of the United Daughters of the Confederacy.

“My father loved the memory of the valor and courage of those brave men who wore the grey,” said Fayssoux Scudder Corneil, according to Mississippi History Now. “He told me that it was a simple matter for him to design the flag because he wanted to perpetuate in a legal and lasting way that dear battle flag under which so many of our people had so gloriously fought.”

Historical records of the U.S. Census, including the 1920 and 1930 counts, list as white the race of an “Edward N. Scudder” from Mayersville.

According to census records, his birthdate was around 1860 and so he himself would not have fought in the Civil War.

Historical catalogues of the University of Mississippi list Scudder as a graduate of that university and describe him as an attorney and state legislator.

Biden on masks: Be a patriot, protect your fellow citizens

Keilar: Dr. Atlas wouldn't know science if it kicked him in the Atlas