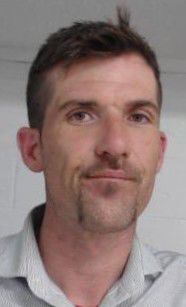 Chadward Shane Rodgers, 44, of Mooreville, was arrested April 8 at a roadside safety checkpoint and was charged with possession of methamphetamine. During his initial appearance in Prentiss County Justice Court, a judge set his bond at $10,000. The Mississippi Department of Corrections had a hold placed on him for a probation violation, and he was transported to Lee County .

The following day, William Brown, 38, of Baldwyn, was pulled over on a traffic stop and charged with conspiracy to sell a controlled substance (Subutex). His bond was set at $10,000. At the time of his arrest, Brown was under house arrest and being supervised by MDOC. He remains in custody at this time.

This is who Trump endorsed to replace Liz Cheney

Gary Vaynerchuk: Blockchain and NFTs will change our lives