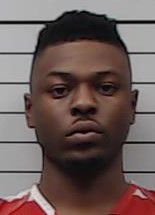 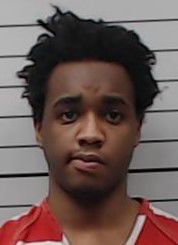 TUPELO • A 20-year-old Tupelo man has been charged in connection with the Jan. 6 fatal shooting of the stepfather of hip hop duo Rae Sremmurd.

Tupelo police arrested Travis Lee Harris, 20, of 2406 Ewell Ave., Tupelo, on Jan. 10 and charged him with conspiracy to commit first degree murder. During his initial appearance a few days later in Tupelo Municipal Court, the judge ordered him held without bond.

Officers were called to 504 Lumpkin Ave. around 9:30 p.m. Jan. 6 for a possible shooting. Officers found Floyd Sullivan, 62, dead from what appeared to be gunshot wounds.

Police detained the victim's son at the scene and held him for psychiatric review. When Michael Jamil Ali Sullivan, 19, was released from a local psychological care facility the following day, he was immediately arrested and charged with first degree murder. During his initial appearance, Judge Willie Allen ordered Sullivan held without bond.

Tupelo police spokesman Capt. Chuck McDougald said the case will be presented to the next Lee County Grand Jury.

This four-word line packed a punch in 1980's election