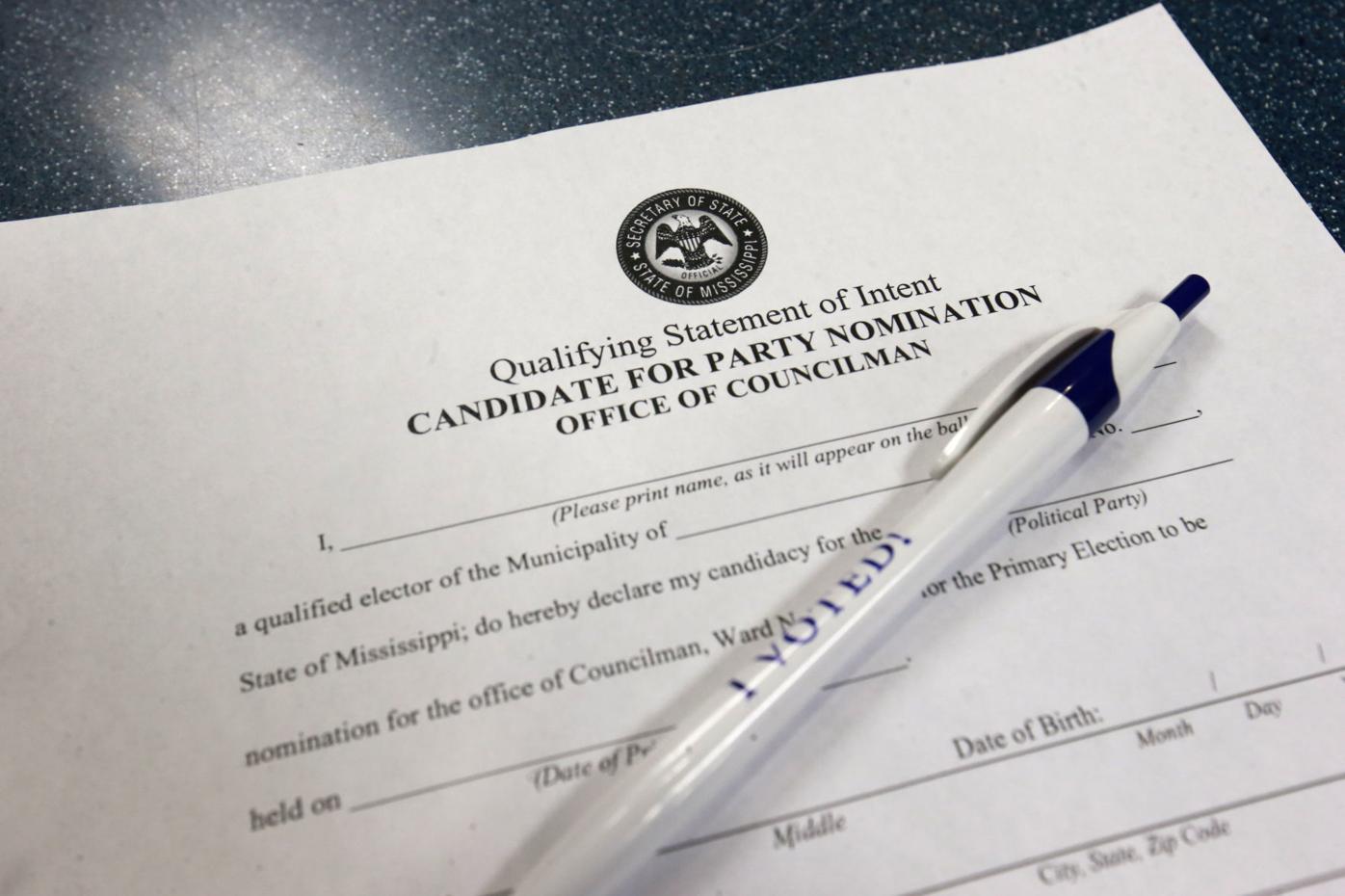 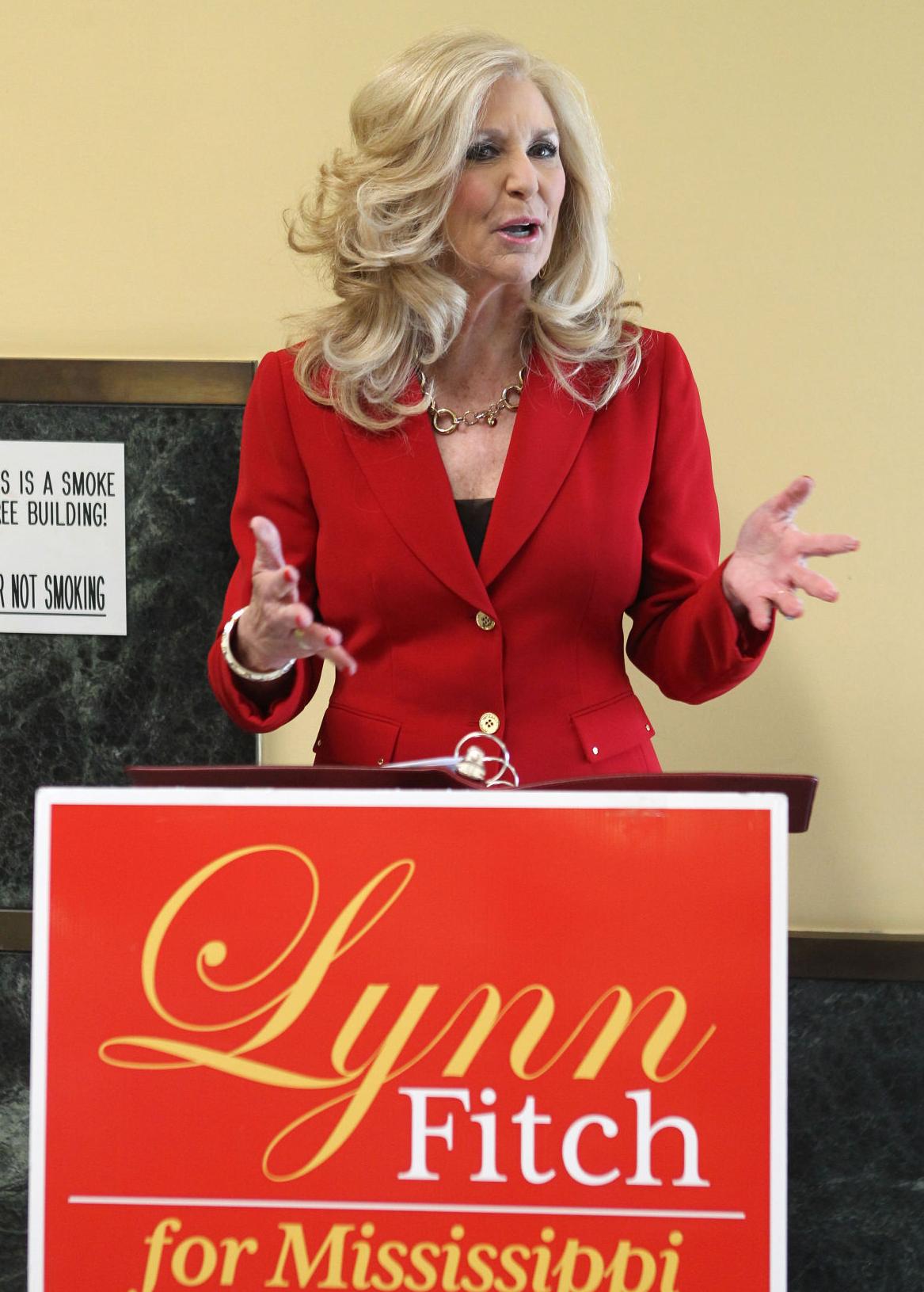 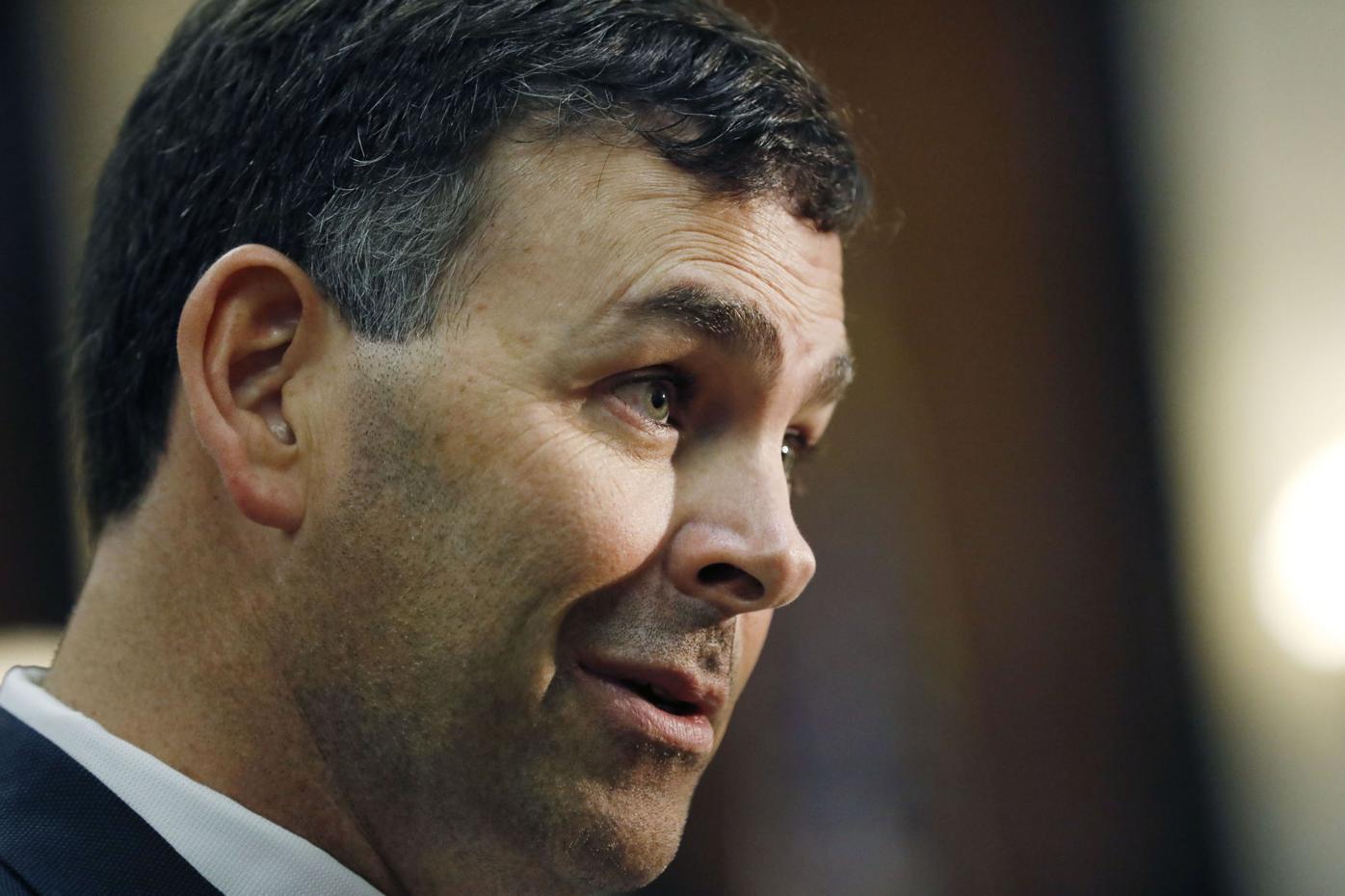 TUPELO • The attorney general’s office provided inaccurate information to hundreds of municipal elections officials about a request to interpret a new residency requirement, according to a video obtained by the Daily Journal and information provided by state agencies.

As part of training conducted in January for local leaders ahead of municipal elections to take place this year, a staffer for the office of Attorney General Lynn Fitch said in a video prerecorded in December that no request had been made for an official interpretation of a new law requiring a two-year residency for candidates in local elections.

The attorney general’s office received a request on Nov. 23, 2020, to provide an opinion on the SB 2030 residency requirement, according to Colby Jordan, a spokesperson for Fitch’s office, who provided a statement in response to previous questions by the Daily Journal.

The training video was recorded by the secretary of state’s office on Dec. 4, 2020, according to Kendra James, a spokesperson for that office.

That means the claim no one was requesting an opinion from the attorney general was 11 days out of date when it was made.

The attorney general’s office did not respond last week to repeated attempts by the Daily Journal to ask about this discrepancy.

In a previous statement, Jordan did tell the Daily Journal that the attorney general’s director of opinions and policy spoke with municipal attorneys on Jan. 14 and advised them that an opinion on the residency requirement had been requested.

Despite this advisory to municipal attorneys, there appears to be have been no attempt to revise the training video or to update the election officials who watched it, a number that totaled around 500, according to the secretary of state’s spokesperson.

The request for an opinion was made by Rob Roberson in his capacity as board attorney for the Oktibbeha County Board of Supervisors. Roberson also serves in the state House of Representatives.

“I had no idea that this was going to create the firestorm that it has,” Roberson told the Daily Journal.

Roberson said he made the request for an opinion in response to a matter involving a race to fill an election commissioner post.

Based on the attorney general’s own timeline, a response to Roberson’s request took 69 days to write and release – from Nov. 23, 2020, to Feb. 1 of this year.

That is slightly faster than the office’s standard timeline for issuing opinions, but has drawn criticism from Secretary of State Michael Watson as too slow given the time-sensitive nature of elections.

The opinion was ultimately released four days before the end of qualifying for municipal elections. The release date, combined with the contents of the training video, helped set the stage for a last-minute jolt to the qualifying process, with city clerks and election commissioners scrambling to react. 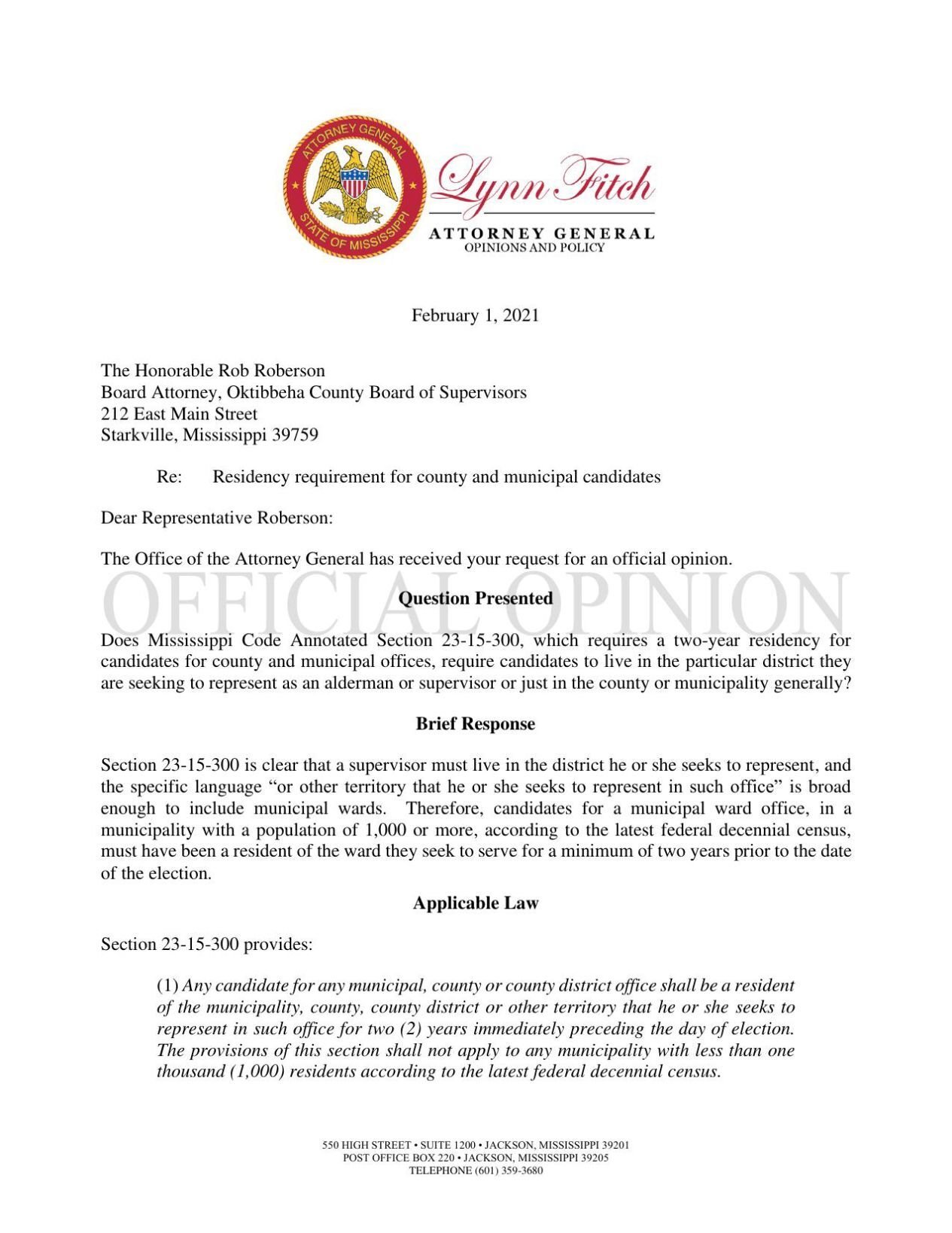 The Attorney General’s representative, despite caveats, repeatedly said in the video that the attorney general’s office and the secretary of state’s office were in agreement: The two-year residency requirement did not appear to apply to wards.

“It seems to be our opinion at this time, though not official, that that two-year residency requirement only applies to residency within the municipality. It would not necessarily apply to residency within the ward,” says the attorney general staffer in the video. “Again, there is no official opinion, and until we get an official opinion request, there is no official position of the attorney general’s office. But that does appear to be our interpretation, and I believe it coincides with the interpretation of the secretary of state’s office.”

After the release of the Feb. 1 opinion, some municipal candidates – including three thus far in Oxford – ultimately dropped out. Even as primaries loom in April, with a general election in June, the status of some other disputed candidacies remains unresolved. Even some local elections officials are split over how to proceed.

Other cities, including Clinton and Moss Point, have also had to deal with questions about candidate eligibility based on the opinion, according to city clerks there.

Opinions from the attorney general’s office are merely advisory and not legally binding, but most public bodies follow the advice of the opinion because it can shield them from liability in lawsuits.

The Legislature could settle the issue for good.

The 2019 bill requires that candidates for “municipal, county or county district, office shall be a resident of county, county district or other territory” they’re wishing to represent for at least two years before the date of the election. The Mississippi House of Representatives has attempted to clarify any ambiguity in the bill in a way that would void the attorney general’s current interpretation.

House Bill 195 was introduced in the current legislative session to allow small cities to conduct special elections with only one polling place.

The bill was amended to say that the two-year residency requirement for local elections only applies to the city, not the ward.

“We need some certainty going forward on this,” said Rep. Jim Beckett, a Republican from Bruce, who chairs the elections committee.

Beckett said several House members approached him and asked him to introduce the amendment, and he agreed to do it because he and other representatives didn’t believe it was the intent of the House to impose a two-year residency requirement for wards

The measure passed the House 110-6 and has been transmitted to the Senate. The deadline for committees to vote on bills that originated in the other chamber of the Legislature is Tuesday, March 2.

Caleb Bedillion contributed to this report.

Attorney General: Candidates must live in ward for 2 years to run for city office

TUPELO • With the deadline to qualify for the upcoming municipal elections just days away, Mississippi’s chief legal agency has released a las…

TUPELO • A candidate for the Oxford Board of Alderman has withdrawn from the race, citing as a recent last-minute opinion from the Mississippi…

'That really seems backwards to me’: Oxford officials at impasse over candidate certification

Third candidate drops out of Oxford Board of Aldermen race

TUPELO • Uncertainty over a new residency requirement for municipal elections has now yielded litigation that could have statewide consequences.

No legislative solution to candidate qualifying quandary as litigation mounts