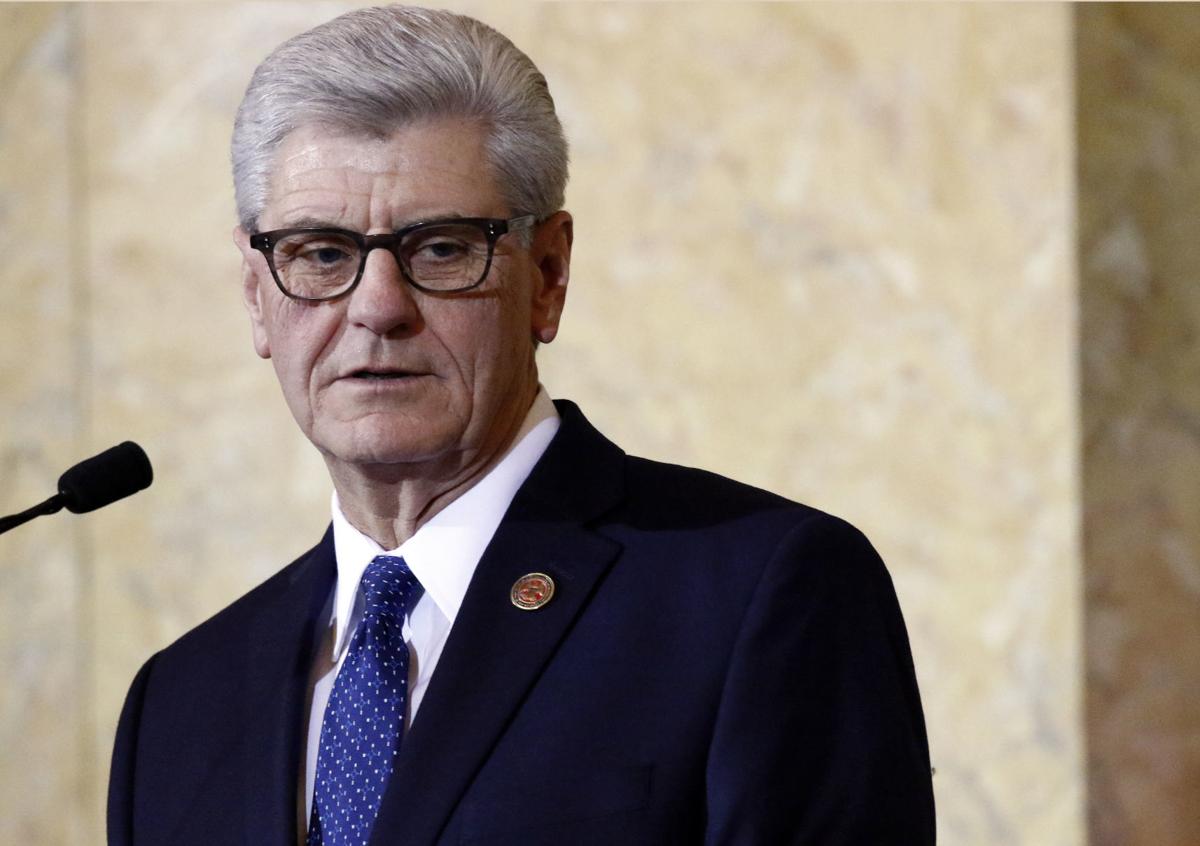 Republican Gov. Phil Bryant stares at lawmakers while he speaks of his legislative priorities and past accomplishments during his final State of the State address, Tuesday, Jan. 15, 2018, in House Chambers at the Capitol in Jackson, Miss. (AP Photo/Rogelio V. Solis) 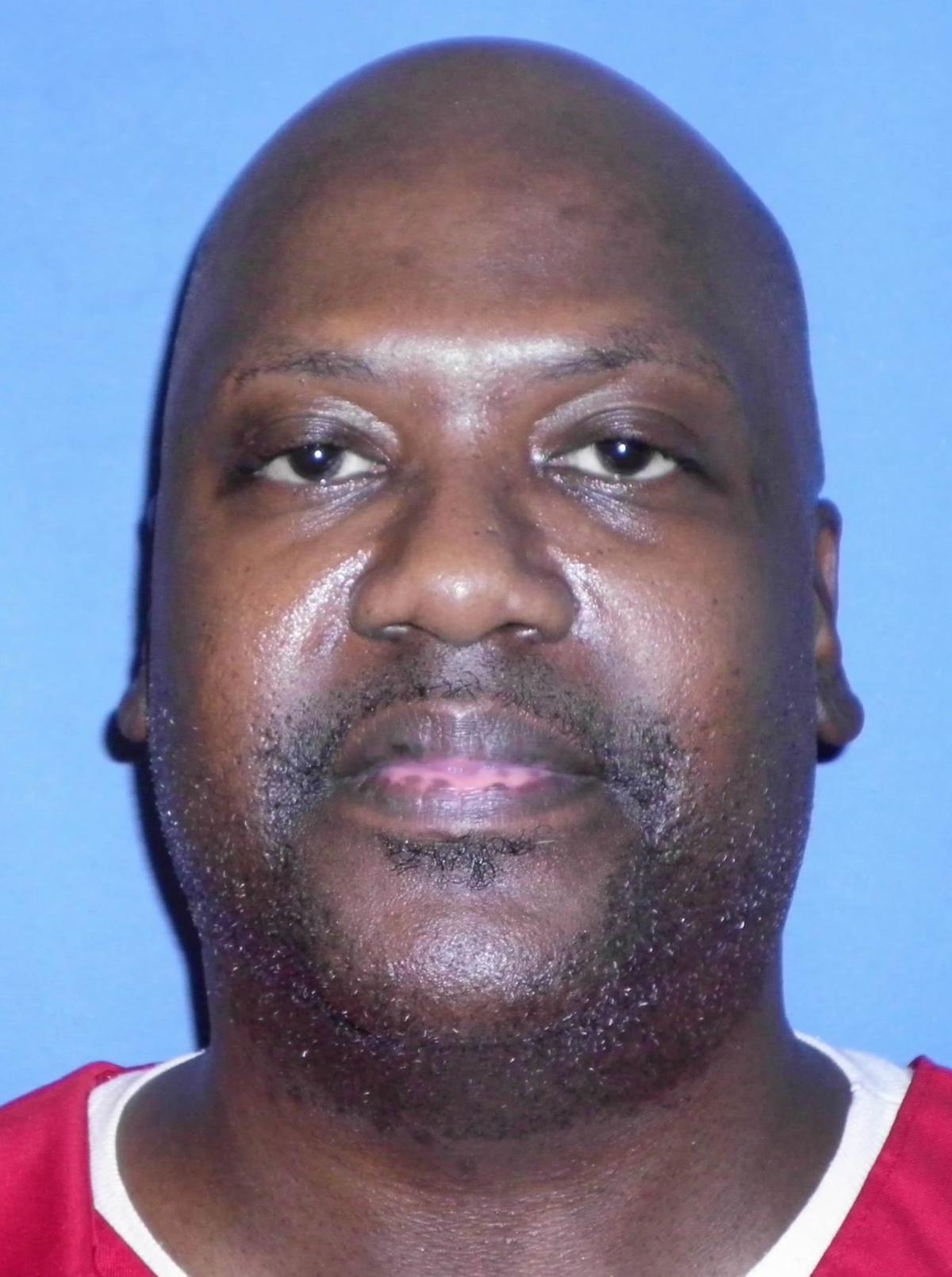 TUPELO • As District Attorney Doug Evans decides whether he will try Curtis Flowers a seventh time for murder, Mississippi Governor Phil Bryant has the power to shuffle the authorities involved in the case.

According to Mississippi law, a governor can write to the attorney general and ask him to assist Evans in the case.

“The Attorney General shall, when required by the public service or when directed by the Governor, in writing, … assist the district attorney there in the discharge of his duties and in any prosecution against a state officer,” according to statute.

Bryant said his legal staff was reviewing the recent opinion from the nation’s highest court that overturned Flowers’ most recent conviction, but he did not say if he planned on writing to the attorney general.

“I expect that the Attorney General will assure that justice is done in this case,” Bryant said in a statement to the Daily Journal. “I will not let politics or the media sway my determination to see a resolution to this matter for the victims and their families.”

Bryant’s statement comes after a U.S. Supreme Court ruling last week said that Evans, of Grenada, was “motivated in a substantial part by discriminatory intent” in his handling of jury selection of a 2010 trial that ended in a guilty verdict for Flowers over a 1996 quadruple-saying in Winona.

Attorney General Jim Hood is the only Democrat elected to statewide office, and he’s currently running for governor.

Hood can only provide assistance if directed by the governor or invited by Evans. Hood previously told the Daily Journal in a statement that he is confident Evans would take the U.S. Supreme Court’s guidance into account as he determines how to proceed.

“The Court has remanded the case for retrial,” Hood said. “It will be the duty of the district attorney to re-evaluate the case. If the decision is to retry the case, I am confident the Court’s guidance will be followed.”

Evans recently told the Grenada Star he wants another trial for Flowers, but he has not formally announced any new plans for the case.

“He will have to be retried,” Evans said. “The decision (the Supreme Court) made sent it back to have another trial. At this point, I haven’t thought much other than that. I have to say I was surprised by the decision.”

Evans has been a long-time prosecutor in North Mississippi, and he currently is running unopposed for re-election.

Republican gubernatorial candidates also weighed in on the Curtis Flowers case with all of them remaining leery of asking the attorney general to assist in the case.

Republican gubernatorial candidate Bill Waller is a former chief justice of the state Supreme Court and dissented from the 2017 court ruling that the nation’s own high court has now overturned.

Waller previously told the Daily Journal that he has full confidence Evans will make the appropriate decision about how to proceed.

“I think the decision is in Mr. Doug Evans’ court,” Waller said. “I have got confidence in Mr. Evans’ ability to make the right decision. I think we need to start there and see what he does. I think Mr. Flowers can get a fair trial there. I think that the message from the U.S. Supreme Court is loud and clear. So, I’m confident that the process will end in an appropriate manner.”

In his dissent from the 2017 case, Waller did express concern about Evans.

“Because the prosecution’s mischaracterizations of the evidence during closing arguments affected Flowers’s fundamental right to a fair trial, I respectfully dissent,” Waller wrote. “Applying heightened scrutiny, I find plain error in the prosecution’s mischaracterizations, particularly given our admonishments in Flowers II. Therefore, I would reverse the judgment in this case and remand for a new trial.”

Lt. Gov. Tate Reeves also said he would refrain from saying whether Evans should step aside. Speaking Monday during a campaign event in Tupelo at Trigger Time Indoor Shooting Center, Reeves expressed more concern about any involvement by the incumbent attorney general.

“I would not want this attorney general to step in and do anything with his liberal policies,” Reeves said.

Robert Foster, the third Republican candidate for governor, did not know many specifics about the case, but said that all people deserve a fair trial.

“The Supreme Court should always make sure that if a state gets out of line, that they’re checked back into balance,” Foster said. “It’s important not just for our state, but our nation that we have equality under the law.”

The case received heightened attention after “In the Dark” podcast by APM Reports reviewed the case in-depth last year.

This family fled Puerto Rico for fear of more earthquakes

Virginia police officer was killed during a traffic stop