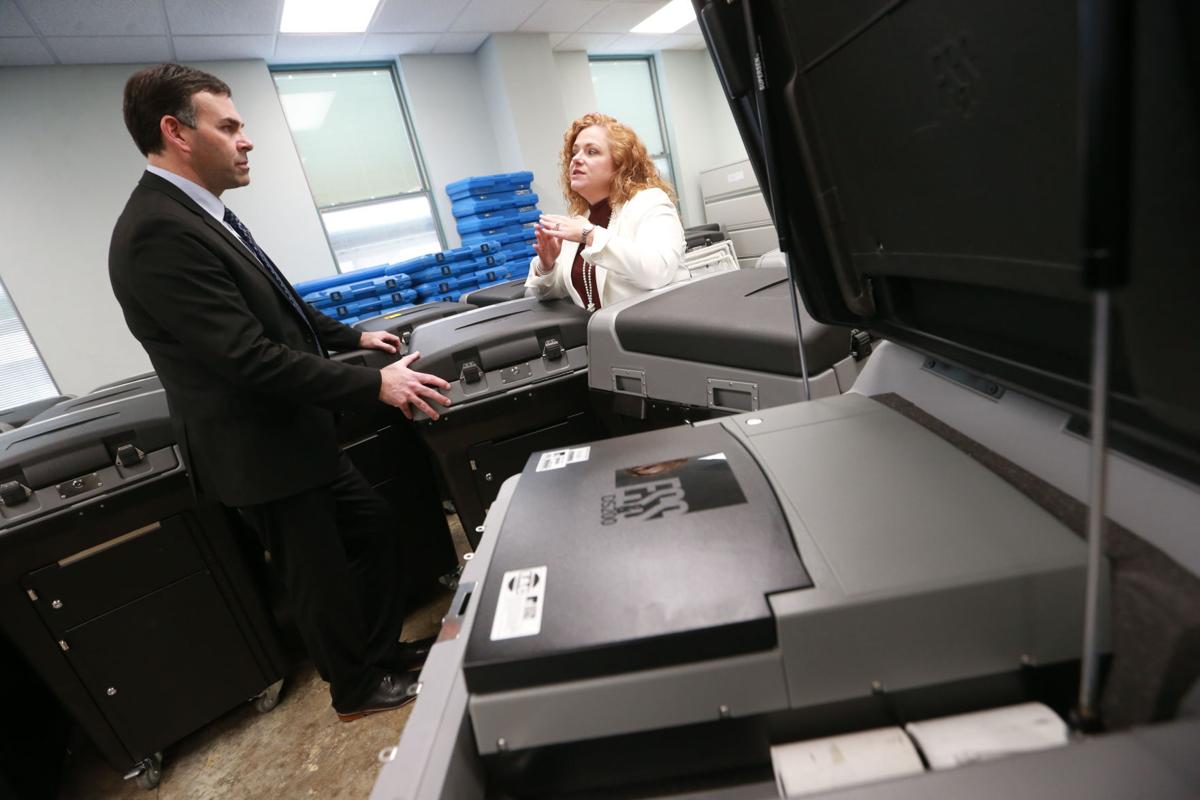 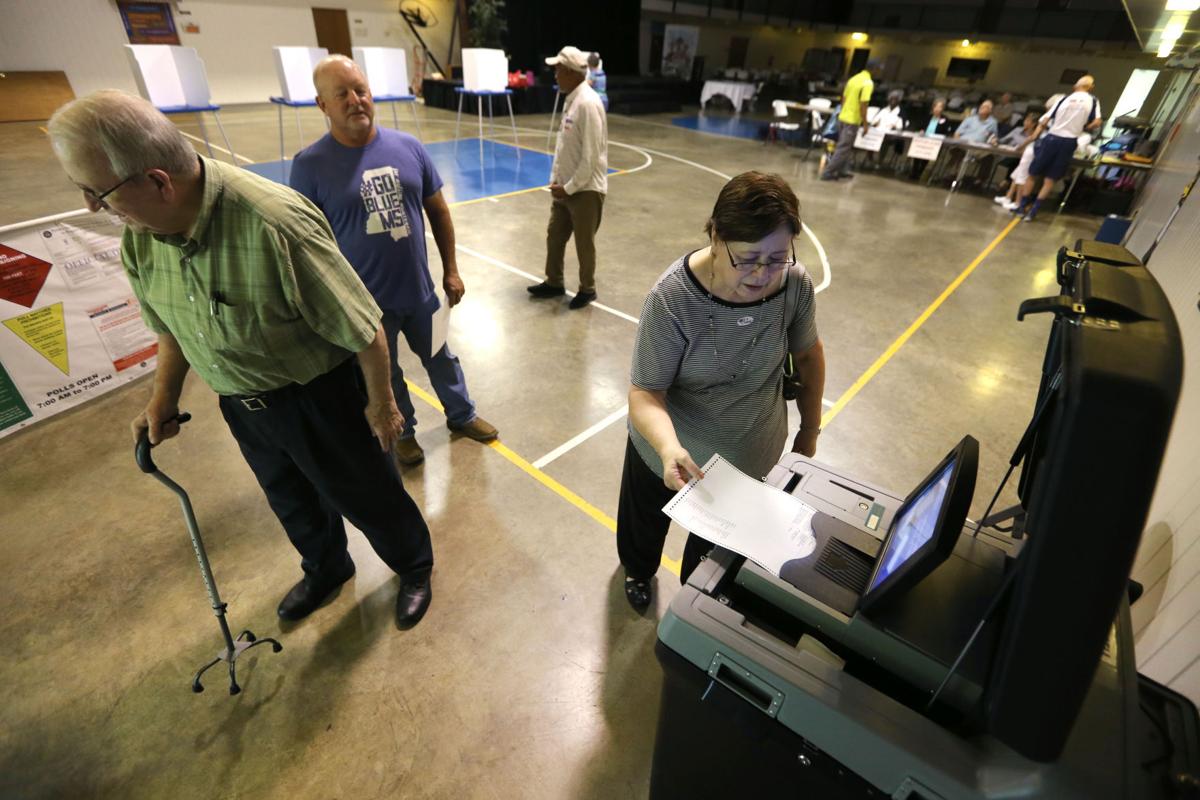 File photo: Mable Moody, of Tupelo, loads her ballot into the voting machine after voting in a primary election at Bissell Baptist Church in Tupelo.

File photo: Mable Moody, of Tupelo, loads her ballot into the voting machine after voting in a primary election at Bissell Baptist Church in Tupelo.

TUPELO • With a presidential election only four months away, a new state law revises absentee voting procedures in light of an ongoing global pandemic while falling short of policies requested by the secretary of state.

Republican Gov. Tate Reeves signed House Bill 1521 into law on July 8. This new statute allows registered voters to cast an absentee ballot if they are under a physician-imposed quarantine or if they are taking care of someone under quarantine because of COVID-19.

Voters were also able to cast absentee ballots and then replace that vote by voting in person on election day. That provision no longer exists.

However, the law, which was largely worked out in a conference committee, still requires voters to provide a qualifying excuse when voting absentee. Some legal reasons for voting absentee include being a college student, being away from one’s town on an election day or being over 65. The COVID-19 related excuses are now an available option as well.

If voters don’t meet any of the reasons for voting absentee, legally they are supposed to vote in-person at a precinct. This has led some elected officials to say the new law does not go far enough to ensure voters can cast a ballot safely during the pandemic and not spread the virus at voting precincts. This could impact voters as well as poll workers, who are often older adults and therefore at a higher risk from the disease.

Secretary of State Michael Watson, who oversees the state’s elections, said in a statement to the Daily Journal that he pushed for state lawmakers to include language in the bill to allow his office to issue an order that allows all voters to be able to cast an absentee ballot in person when the state is operating under a state of emergency.

This would have opened up something like the no-excuses early voting process used in other states, but only during a state of emergency.

Watson also said that his office has requested an official opinion from the attorney general’s office to clarify the definition of “physician imposed quarantine,” and whether or not that term removes a circuit clerks’ ability to interpret what is included as a “temporary disability” excuse for absentee voting.

“We hope all government parties involved will join us in making sure voters have a clear definition of all absentee voting changes, and county officials are more than prepared to facilitate the new process,” Watson said.

Watson also said that his office has been supplying hand sanitizer and personal protective equipment to counties to make voting precincts safe for voters on election day.

According to the National Conference of State Legislatures, around 38 states plus the District of Columbia allow some version of early voting for state residents. Mississippi does not have early voting, only absentee voting.

State Rep. Zakiya Summers, a Democrat from Jackson, recently filed a bill in the Legislature that would allow voters to participate in “pre-election day” voting for the November election. State Reps. Kent McCarty and Jansen Owen, Republican lawmakers from south Mississippi, have signed on as co-authors of the legislation.

If passed, Summers’ bill would open pre-election day voting 20 days before the November election and conclude at noon on the Saturday before the election day. The bill would allow voters to cast a ballot either in-person at a clerk’s office or at a place designated by the clerk.

Summers, a former elections commissioner, told the Daily Journal that she does not want to do away with in-person voting, but believes the recent law “doesn’t go far enough” to address the public health issues at voting precincts.

“I think the state Legislature should be looking at measures and passing laws that would decrease the person-to-person contact for election day,” Summers said. “The reason being, I’ve heard from voters and poll workers alike who have anxiety and real fear about polling precincts on election day.”

The bill has been sent to the House Rules Committee, where the leader of the committee will decide to take the bill up or not. State Rep. Jerry Turner, a local Republican from Baldwyn, told the Journal that he currently has no plans to take Summer’s bill up in the committee.

The Legislature is recessed, but emergency COVID-19 related bills could still be taken up under special rules currently in force.

When asked by the Journal at a press conference on Monday whether current laws are sufficient enough to ensure the November elections are safe, Reeves said the state took “good, solid steps” to ensure Mississippians can vote safely and that his office worked with legislative leaders on the bill.

Dr. Thomas Dobbs, the state health officer, at the Monday press conference said he believes if residents will practice recommended safety measures anywhere, including polling places, then people should be safe and encouraged “everyone to exercise their right to vote.”

JACKSON • As hospitalization numbers for COVID-19 continue to rise across the state, Republican Gov. Tate Reeves on Wednesday announced that i…

Enten: Biden is in a better position than Clinton ever was

'There are no loopholes': Actress describes 'Camp Quarantine'