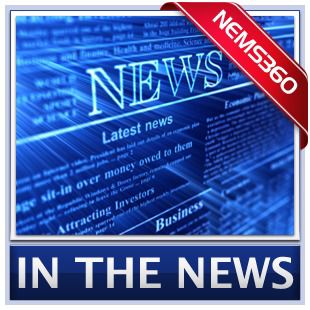 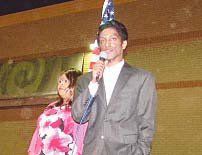 TUPELO - Two black Americans came from Texas to Tupelo on Tuesday to proclaim the Tea Party is not a racist movement.

Ali Akbar, publisher of the website teapartybrew.com, and Anita MonCrief, founder of the Boots of Liberty Taskforce, both spoke at a Tea Party meeting in a field next to Atlanta Bread Company. Their visit was in response to last month's comments by actor Morgan Freeman that the fiscally-conservative movement is racially motivated.

Freeman, a Mississippi native, made those remarks on the Piers Morgan show on CNN.

"We are not here because the Tea Party has a deep-seated hate for black people," Akbar said to a crowd of about 100 people. "We are here because Democrats have run out of arguments."

Shortly after Freeman's comments, Akbar posted an open letter on his website inviting Freeman to attend a Tea Party event. He said he came to Tupelo at the invitation of Grant Sowell, the leader of Tupelo's Tea Party, because it was relatively close to Freeman's hometown of Clarksdale. Clarksdale does not have a local Tea Party, Akbar said.

Akbar hopes to return to Mississippi for future events. He said he also received invitations to take his message to Tennessee and California.

"We hate racism," Akbar said to the crowd. "Racism is ugly, violent and disgusting."

The problem, he said, is the media paints the Tea Party as racist.

Akbar said he hasn't personally heard from Freeman since the letter but added he believes the actor will eventually agree to attend a Tea Party meeting.

He called the actor a "good man" who loves his country and is a patriot.

MonCrief is a former employee of ACORN who later exposed wrongdoing by that organization. She told the audience she was a liberal until her experiences with ACORN.

As she came forward against the liberal organization, conservatives embraced her, she said.

"I have never experienced racism on this side," she said. "...When you take away outside influences and let Americans be Americans, you don't have these problems."

Intel report: Afghan women's rights at risk with US withdrawl

Why McCarthy is worried about testifying on Trump phone call

Department of Education to teachers: thanks for an extraordinary year