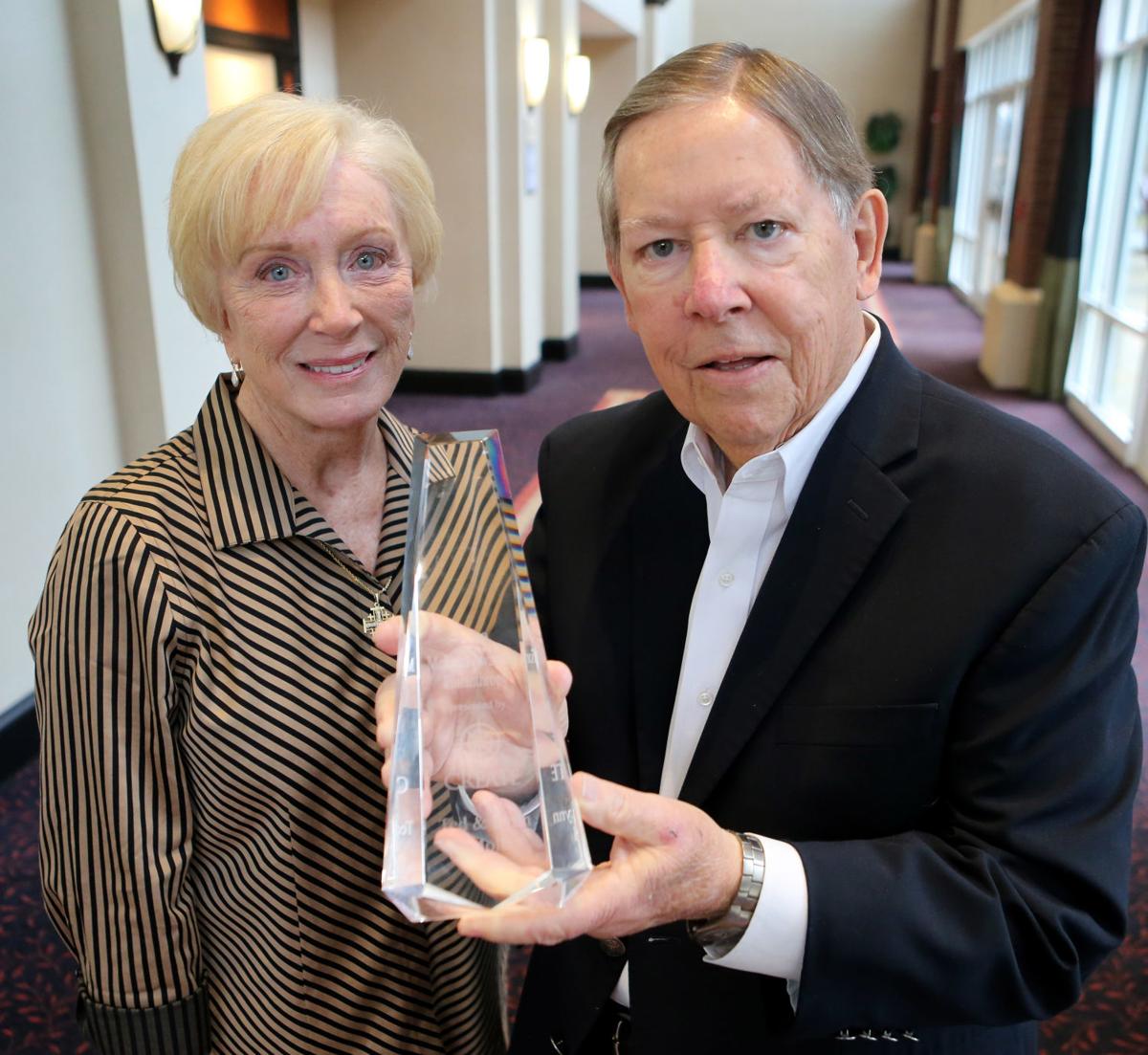 Lynn and Ted Moll, this years recipient of The McLean Award for Philanthropy. 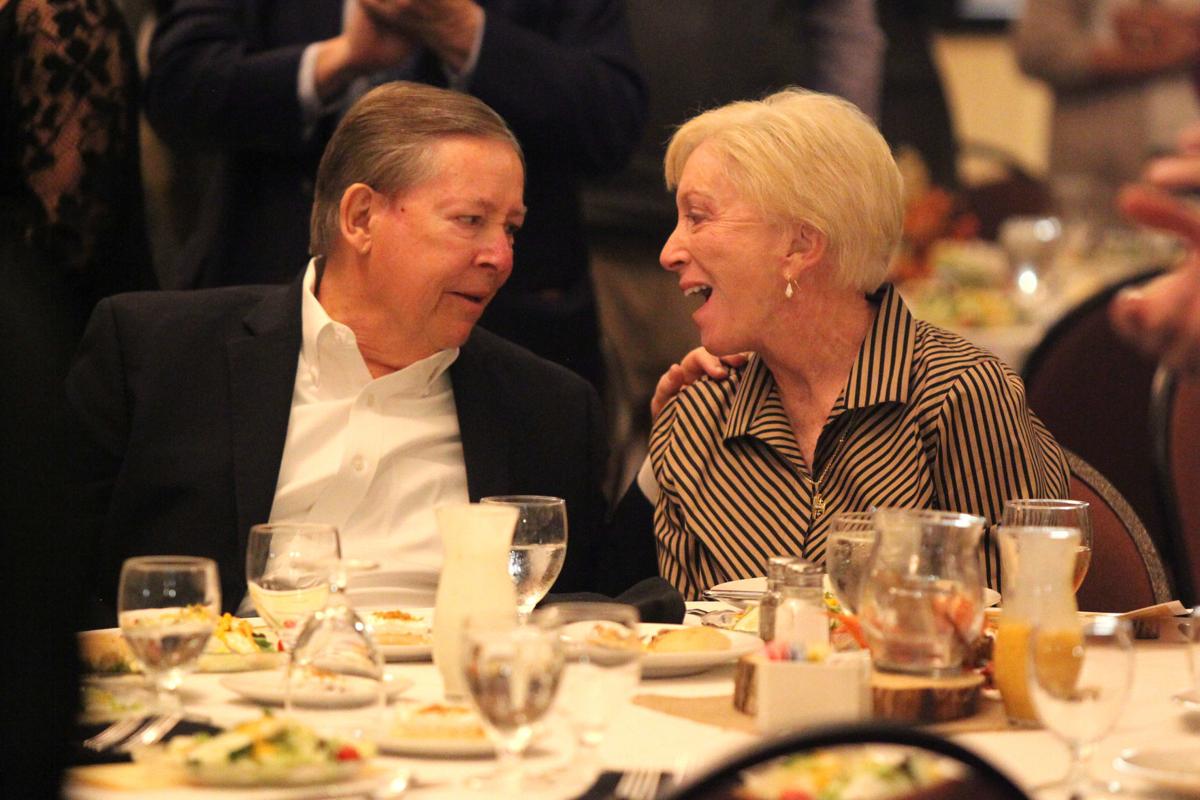 A tearful Ted and Lynn Moll look to one another in shock as they are announced as this years McLean Award for Philanthropy during the CREATE Foundation Annual Meeting on Thursday. 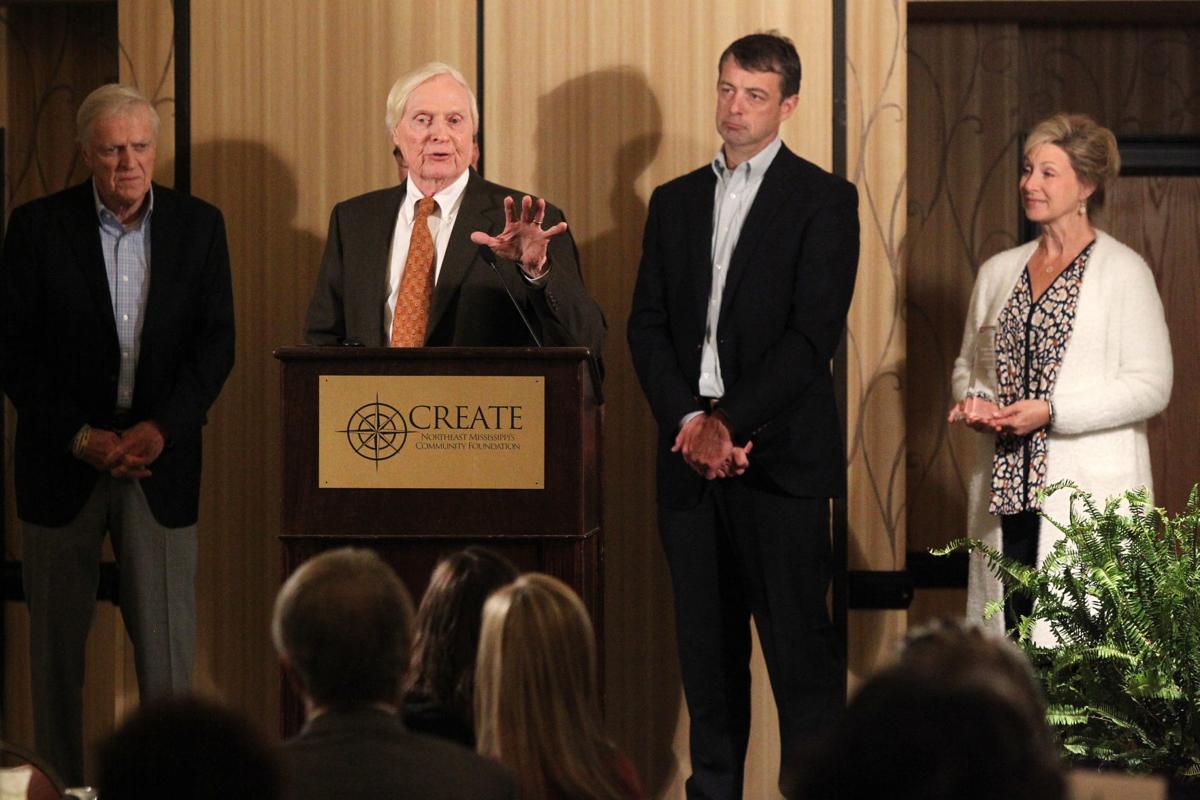 Sandy Williams, founder and chairman of Corinth Alcorn Reaching for Excellence, speaks after having his foundation presented with the James Hugh Ray award.

Lynn and Ted Moll, this years recipient of The McLean Award for Philanthropy.

A tearful Ted and Lynn Moll look to one another in shock as they are announced as this years McLean Award for Philanthropy during the CREATE Foundation Annual Meeting on Thursday.

Sandy Williams, founder and chairman of Corinth Alcorn Reaching for Excellence, speaks after having his foundation presented with the James Hugh Ray award.

TUPELO - Ted and Lynn Moll have lived in Tupelo for 30 years, and during that time they’ve worked diligently to improve northeast Mississippi.

The Molls received the 2019 McLean Award for Philanthropy from the CREATE Foundation for their work across the region at the foundation's annual meeting on Thursday.

Over the years, the Molls have supported a number of local charities and programs, like Talbot House, a local sober living home for women transitioning from substance abuse treatment programs back into society, the Boys & Girls Clubs of North Mississippi and the North Mississippi Symphony Orchestra.

Ted Moll said he believes it’s important to give others opportunities like he’s had throughout his life.

“With anything in life, you’re not going to stay level where you are,” Ted Moll said. “You’re either going to go up or you’re going to go down. And our philosophy is you need to continue to contribute and try to create opportunities where everybody rises together.”

Moll’s father, Theo Moll, was raised along with five sisters by a widowed mother in Germany. He went to school through eighth grade and became an apprentice machinist.

Theo Moll moved to the U.S. in his 20s and started a tool and die shop in the Cleveland, Ohio, area with two friends. That business is now known as MTD Products.

Moll said his father always worked to provide for his family in the U.S. and to continue aiding his family that remained in Germany.

“As children, we were always encouraged to think of others as we grew up,” Ted Moll said. “I can remember during or after the years of WWII … we made care packages for his family in Europe for a number of years.”

Ted Moll said his father’s vision profoundly influenced him and that it parallels the vision of the CREATE Foundation and its work “looking at food insecurities, the need for education and job creation, among other issues.”

Out of all organizations the Molls are a part of, they said their “biggest love” is the First United Methodist Church where they’ve been members for the three decades they’ve lived in Tupelo.

The CREATE Foundation also announced the recipient of another award at Thursday’s meeting.

The James Hugh Ray Community Affiliate Award was given to the Corinth-Alcorn Reaching for Excellence foundation (CARE.) It includes a $2,000 grant to support the foundation’s work.

CARE's mission is to provide “the people of our region with educational and economic opportunities that benefit the entire community.”

Sandy Williams, founder and chairman of CARE, thanked CREATE for the support it has provided for his foundation over the years.

“We are delighted to be chosen as the recipient of the James Hugh Ray award,” Williams said. “We are very proud of what we have been able to do with the partners we’ve had, the community funds that we’ve had — we’ve been able to leverage them to grow them into many things.”

This London rapper called Boris Johnson a 'racist' in a song

Chipotle CEO: The future of food is on your phone