FILE - this April 5, 2020 file photo, shows An envelope containing a 2020 census letter mailed to a U.S. resident in Detroit. 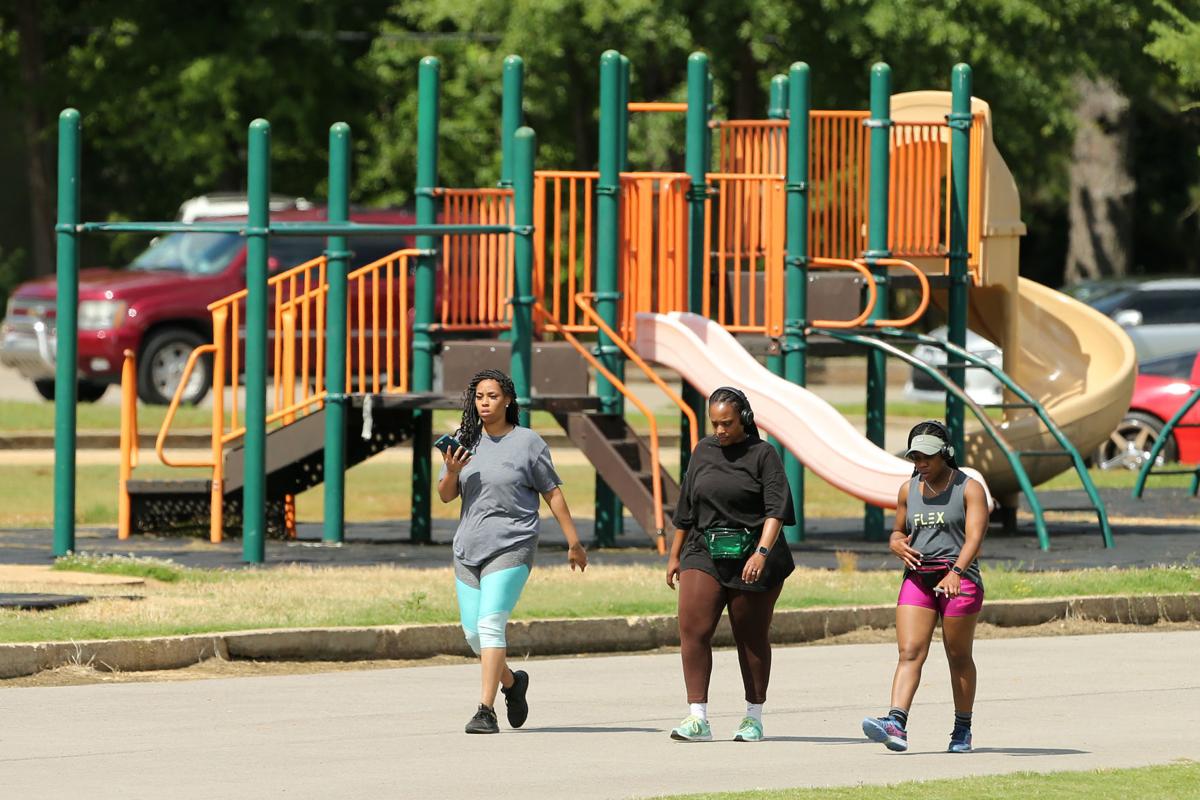 A group of friends take a morning walk on the track at Robins Field in Tupelo on Thursday morning. 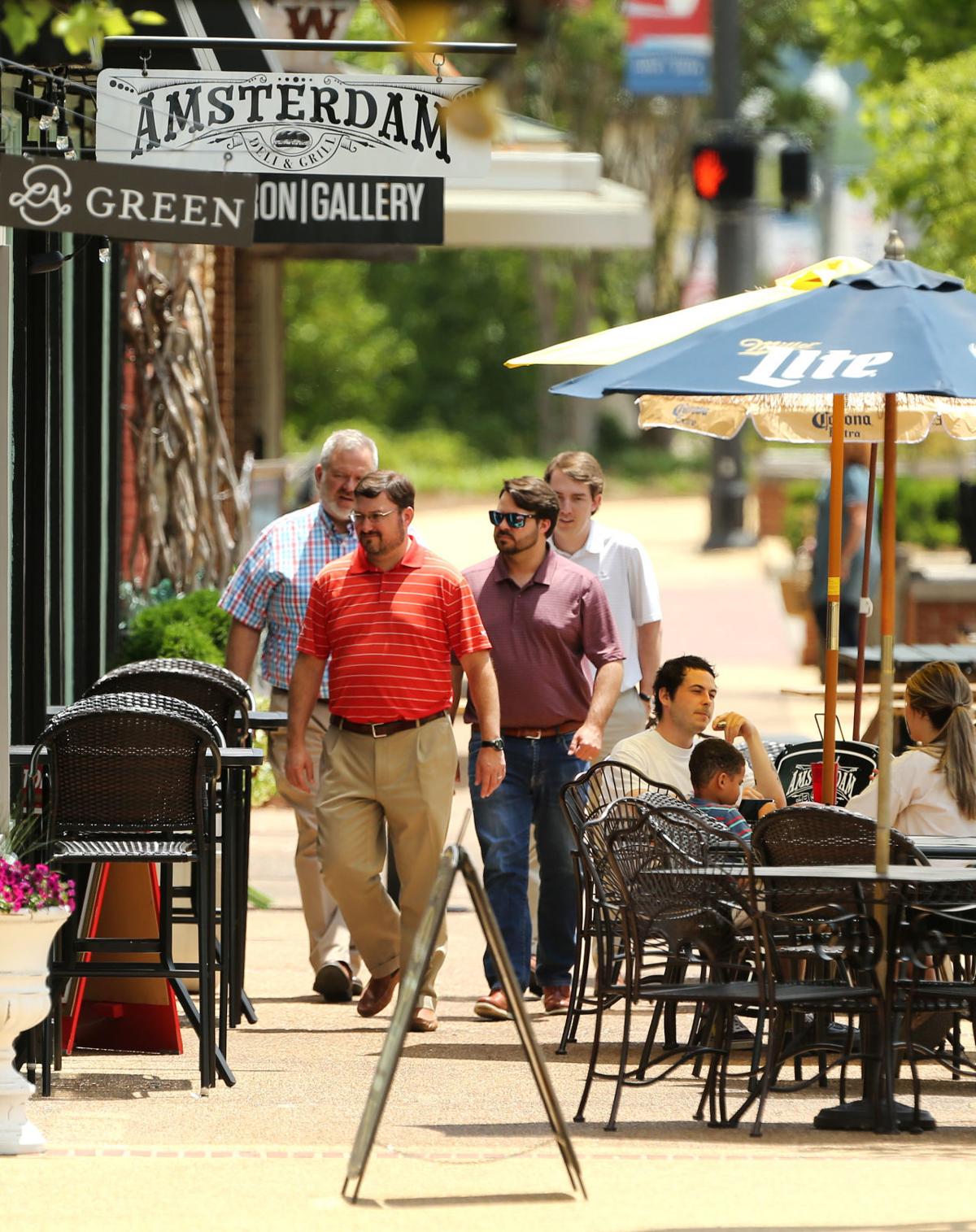 Local residents walk in downtown Tupelo during the lunch hour on Thursday.

A group of friends take a morning walk on the track at Robins Field in Tupelo on Thursday morning.

Local residents walk in downtown Tupelo during the lunch hour on Thursday.

Even under the best of times, there are challenges that obstruct efforts to comprehensively count every person living in the United States.

And these are not the best of times.

Mississippi’s first confirmed case of the novel coronavirus was identified in mid-March, right after many households began to receive postcards from the U.S. Census Bureau and local communities were ramping up education and awareness efforts about the census.

“It kind of broke the momentum right at a critical time for the plan that had been laid out for canvassing and getting the most respondents,” Ward said about the impact of COVID-19.

For some households, pandemic lockdowns may have spurred quicker action on the census. For the first time, the census has invited residents to respond by the internet, and COVID-19 restrictions left some people at home with more time available.

However, some populations are particularly difficult to count, including the transient, the impoverished and immigrants.

Earlier this year, community-level discussions about the census focused on outreach efforts involving those communities.

And it’s that kind of outreach that is now imperiled by COVID-19. Several local groups doing census outreach work – including one involving Tupelo City Hall leadership – stopped meeting amid the pandemic.

Other efforts – including a possible partnership were the Lee County Library – became totally unfeasible because of extended closures.

The U.S. Census Bureau has also revised its own operations. Under normal circumstances, there would be a period of time allowing for self-responses. After that, door-to-door knocking by census workers called enumerators has been a key component of the effort to comprehensively count everyone.

Amid social-distancing measures, however, the Census Bureau delayed its door knocking program and has extended the time for online self-response into August.

But the count continues.

Field operations resumed this month in some states, including Mississippi. Anyone who still has the census invitation postcard, with an ID number tied to the physical address, can still complete the census online.

As of Friday, the U.S. Census Bureau reported that just over 55 percent of households in Mississippi have thus far completed a census form. In 2010, the state had a total response rate of about 61 percent.

With months to go for the process to play out, Ward still hopes that, despite disruptions, the state’s residents will show a good response rate.

“I’m very optimistic that we will surpass the participation in the census that we experienced back in 2010,” Ward said. “I would love to think it would be significantly higher.”

Throughout much of Northeast Mississippi, the response rates are running just a little bit over the statewide number. Union County leads the region, with a 61 percent response rate. Lee County is just behind, at 60 percent. Alcorn, Chickasaw, Clay, Itawamba, Marshall and Pontotoc counties all have response rates that slightly exceed the statewide rate.

And the numbers aren’t just about bragging rights. There is money on the line. Big money.

“It’s important to us because we need to have our fair share of grant money that’s coming down the pike,” said Lewis Whitfield, senior vice president of the non-profit CREATE Foundation.

Every year, federal money flows to states, local governments and other entities, and much of it is based on the census population data. The numbers are annually adjusted according to estimates using birth and death data, but the decennial census count provides a baseline.

Here are a few of the ways federal money is distributed using census data:

“We need to do everything in our power to encourage our fellow Mississippians to participate in the census because there is no doubt that long term federal funds associated with specific programs are dependent on the number of people, not that live in your state, but the number of people that are counted during the census,” said Gov. Tate Reeves on Friday. “So I strongly encourage our fellow Mississippians to go online to take the necessary steps to participate because that is critically important to Mississippi long term.”

The CREATE Foundation, for example, relies on the demographic data to get an accurate idea of the conditions in the counties it serves.

“The census is important to us because it gives us more comprehensive and deeper data on areas that we look at, like education,” Whitfield said.

With the expansive impact of the census, Shelton agreed that the nation’s once-a-decade count must remain a priority.

“As far as the importance of the census,” Shelton said, “it can’t be overstated.”

Road repairs, infrastructure improvements, and attracting potential industry are just some of the areas where an accurate count in the 2020 Ce…