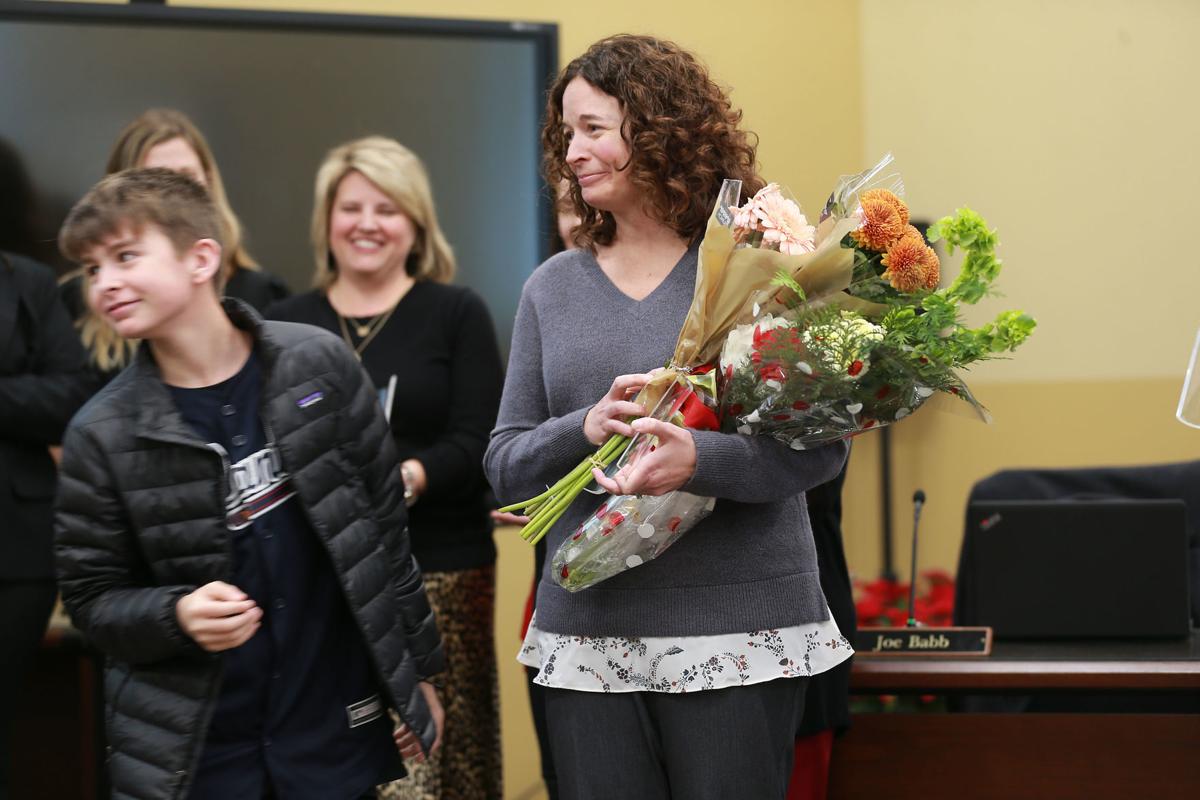 Joseph Sheffield, 11, walks away after presenting his mom, Laura Sheffield, with flowers after she was named the Tupelo Public School District’s Teacher of the Year Tuesday. 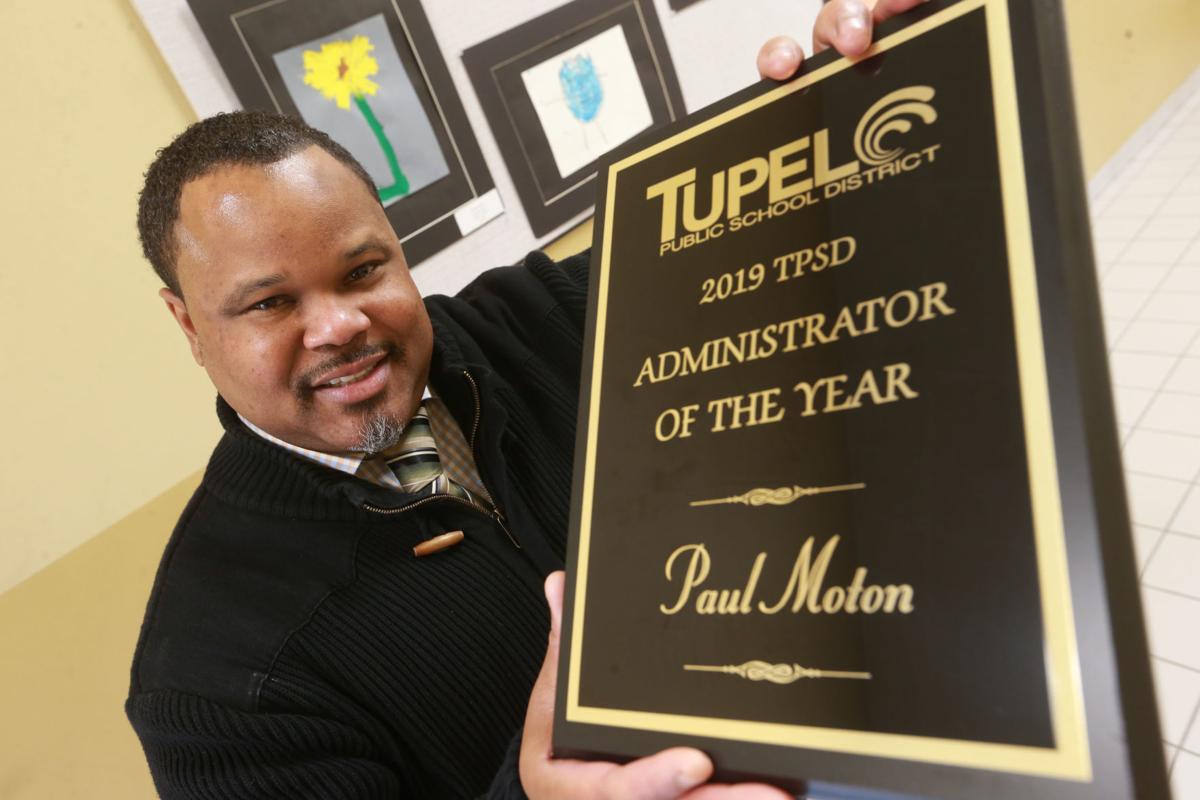 Joseph Sheffield, 11, walks away after presenting his mom, Laura Sheffield, with flowers after she was named the Tupelo Public School District’s Teacher of the Year Tuesday.

TUPELO • Tupelo Public School District’s Teacher of the Year and Administrator of the Year were announced at the Board of Trustees meeting on Tuesday.

Both awards went to employees of Milam Elementary School.

Laura Sheffield has spent her entire career teaching at Milam. She served as a gifted teacher from 2000 through 2017. She now works as a media specialist at the school library, which she said is “an opportunity to serve all TPSD students in a new way.”

She graduated from Tupelo High School in 1996 and attended Ole Miss where she graduated with a Bachelor of Science in Education in 2000.

“I’m thankful to work for a school district where I feel like everybody gives 110% on a daily basis and we’re challenged to give 110% not only by our peers, but also by our administration,” Sheffield said while accepting the award.

In 2005, Sheffield received the L.D. Hancock Award of Excellence. She’s a two-time CREATE Teacher of Distinction winner and served as the publicity chairperson for the Mississippi Association for Gifted Children from 2002-2004. She is currently the chairperson for the Gifted Education Local Survey Committee.

Sheffield also earned her National Board certification in 2004 and has served as a World Class Teaching Program mentor for those pursuing that same distinction.

Paul Moton, who is in his sixth year as principal at Milam, was named Administrator of the Year for a second time. He previously received the award in 2014-15.

Before that, he served as principal at Rankin Elementary School. Under his guidance, both schools have achieved A-rankings by the Mississippi Department of Education. At Rankin, he oversaw the transformation of the grade 3-5 school going from a D to a B in just one year.

While accepting the award, Moton said his teachers are “the real superheroes” and praised them for the work done behind the scenes.

“It’s unbelievable,” Moton said. “You don’t get to see what I see every day. Those teachers that I have, this award is for them.”

TPSD superintendent Dr. Rob Picou said Moton is always present in the hallways or observing in classrooms when he visits Milam, not just working from an office.

“In today’s world, as a result of the many challenges faced by principals, too many search for excuses,” Picou said. “Mr. Moton is one that never accepts or uses an excuse. He accepts responsibility and searches for a solution.”

Both Sheffield and Moton are eligible to receive the same accolades on the state level, which will be announced in spring 2020.

TUPELO • The Tupelo Public School District purchased nearly 400 Newline Interactive panels this year for use in classrooms across the district.

Ex-NBA star's tearful tribute to Kobe: I lost a brother

What Trump's legal team left out of impeachment defense