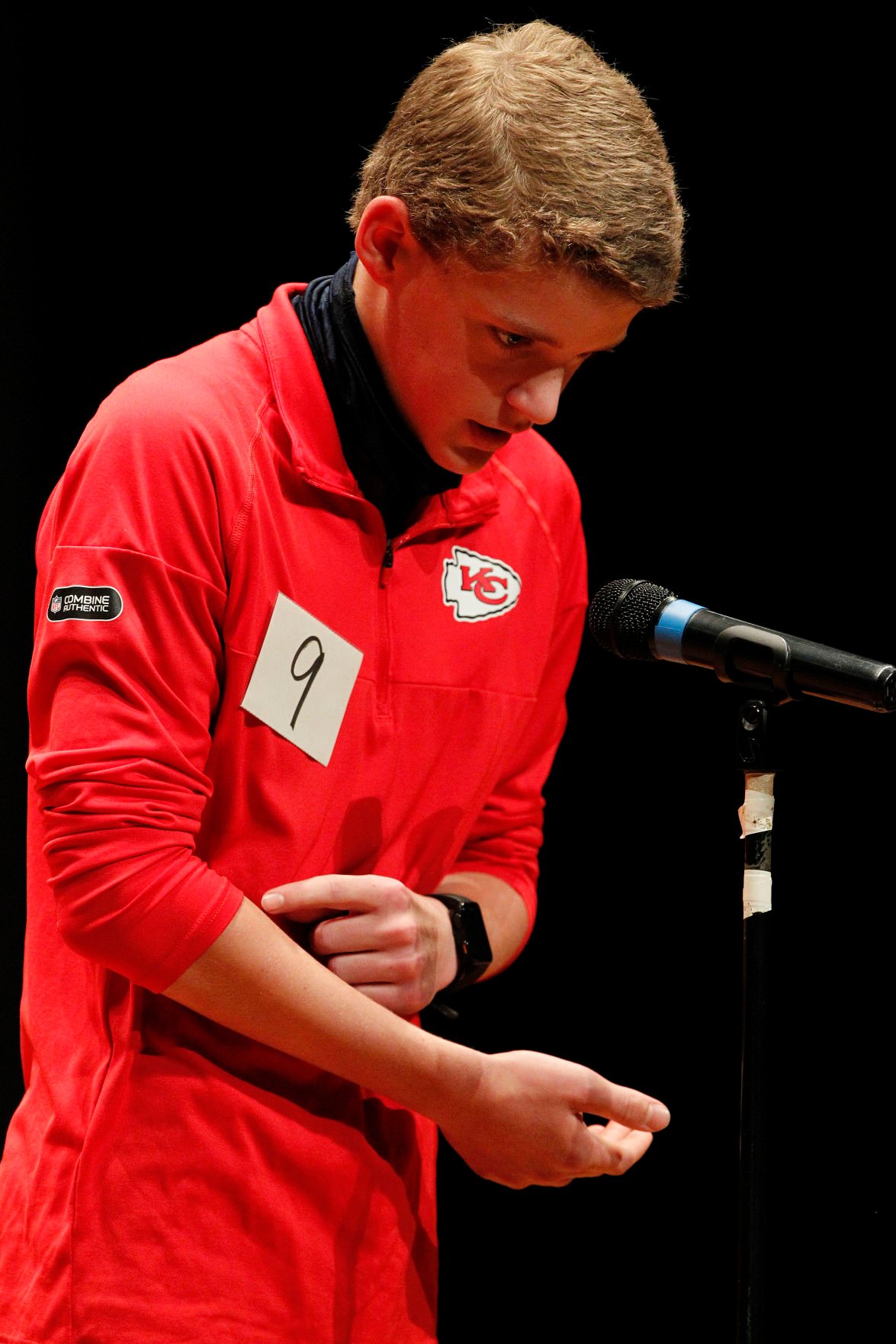 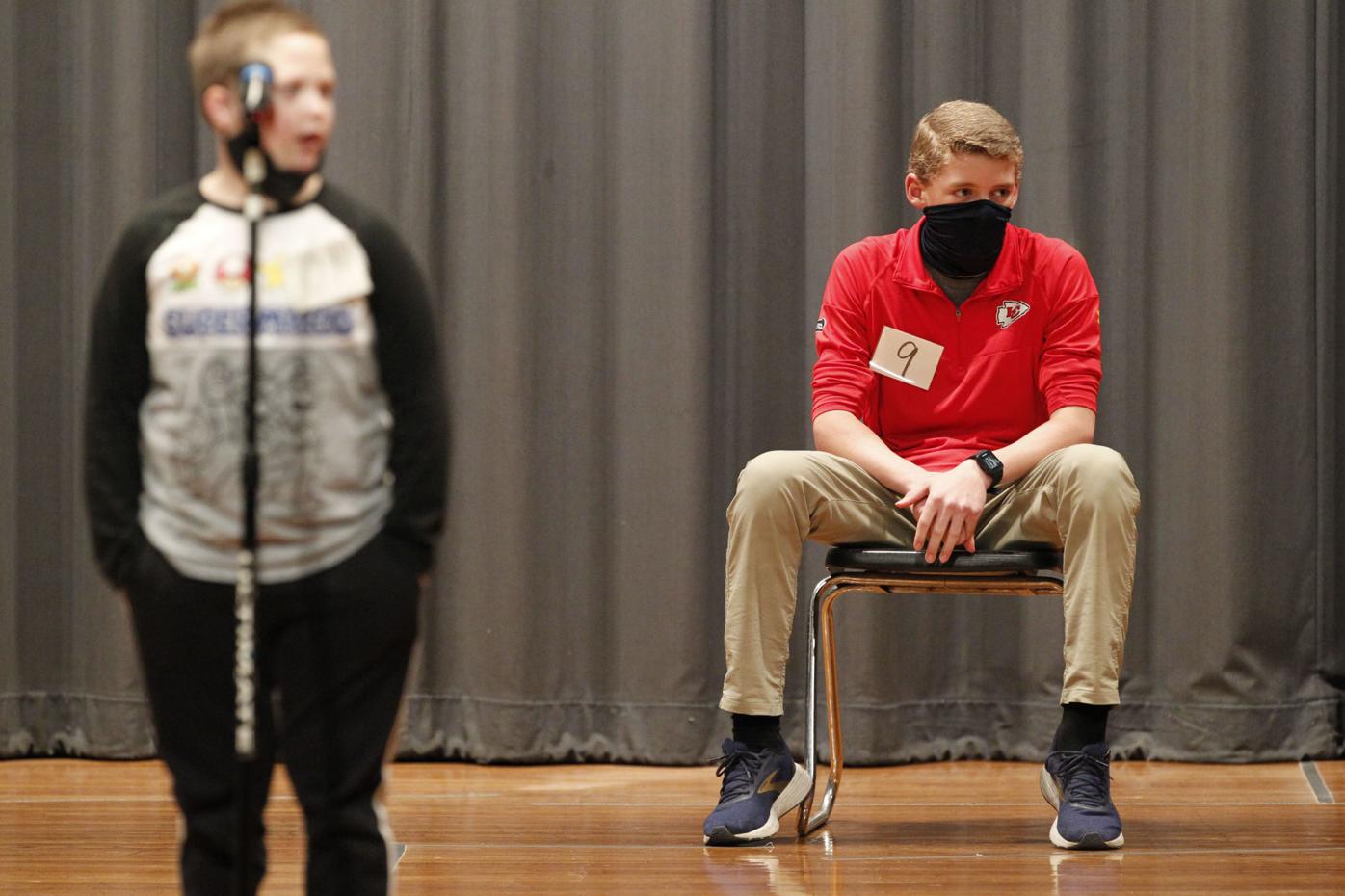 Cordell looks over to the judges response to Aaron Davis’s word at the end of the competition. 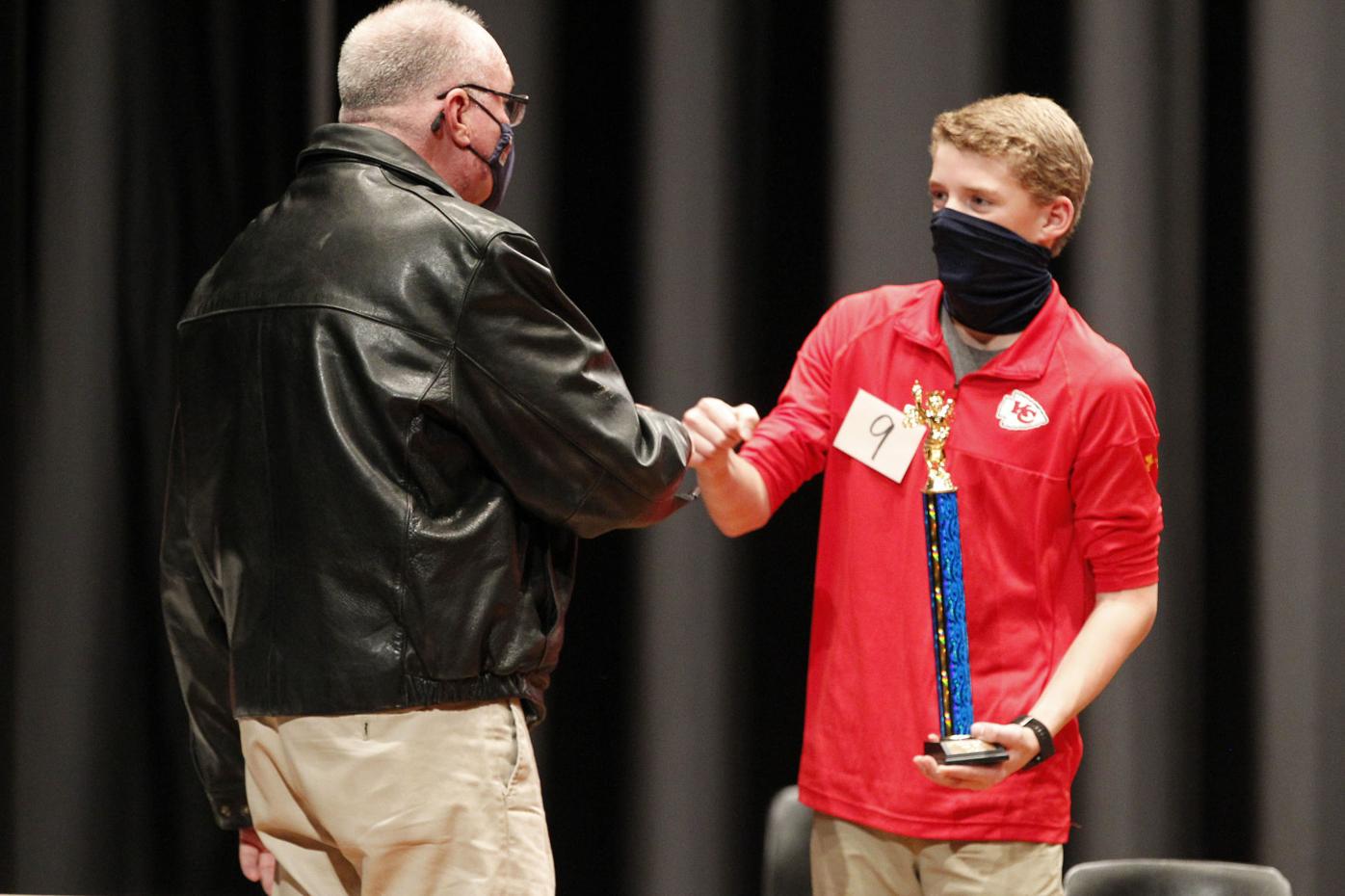 Cordell gets a fist bump from Dr. Rob Picou, superintendent of the Tupelo Public School District, at the end of the competition.

Cordell looks over to the judges response to Aaron Davis’s word at the end of the competition.

Cordell gets a fist bump from Dr. Rob Picou, superintendent of the Tupelo Public School District, at the end of the competition.

Cordell’s winning word was “arcane,” defined as something “known or knowable only to a few people,” which seems fitting.

Eleven participants sat socially distanced on the stage of the TMS Civic Auditorium with face masks as the bee started. Each child was allowed to pull their mask down as they approached the microphone so that the judges could hear them clearly as they spelled.

The competition lasted about 36 minutes, with only two students left by the ending round.

Aaron Davis, a fourth grader at Pierce Street Elementary School, was the runner-up. He was eliminated in round nine by the word “primavera.”

Cordell said he doesn’t study for weeks or months before a bee. But in the two weeks leading up to it, he practices a lot, sometimes hours a day. Although he felt confident going into the contest, the competition is always nerve-wracking.

“You’re really nervous in the middle and as more people get out, the words get harder, the tension and excitement escalates,” Cordell said. “Then the relief in the end when you get that last word right is huge.”

Cordell’s strategy involves writing out the words on his arm with his finger, a trick he picked up while watching the Scripps National Spelling Bee several years ago. He also asks the pronouncer for as much information as possible to learn more about the word and give himself time to consider the proper spelling.

He’ll be proud to represent TPSD and the county at the state spelling bee, and he hopes to make it to the national competition in Washington, D.C.

TUPELO • The Tupelo alumnae chapter of the Delta Sigma Theta donated dozens of backpacks filled with school supplies to local students on Wednesday.

This mom lost everything after winning the visa lottery. Now, she wants another chance

Brown: Biden's transparency on MBS doesn't matter if outcome is the same