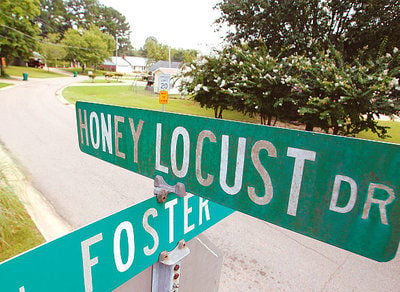 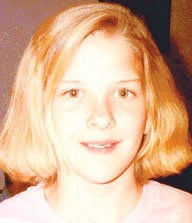 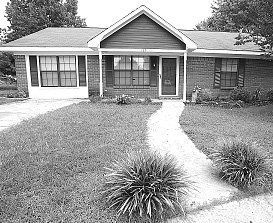 TUPELO - Hurricane Andrew was a tropical depression slogging over north Mississippi toward its doom in the Appalachian mountains on Thursday, Aug. 27, 1992.

Most Tupelo children were readying their backpacks for school and enjoying their last week of summer break.

Thirteen-year-old Leigh Occhi was home alone at 105 Honey Locust Drive in west Tupelo about 8 a.m. after her mother, Vicky Felton, left for work at Leggett amp& Platt. That evening they planned to attend Leigh's school open house at the new Tupelo High School and then eat dinner at Taco Bell.

When Felton called home before 9 a.m. to check on her daughter, there was no answer, so Felton drove back. Her daughter wasn't there and hasn't been seen since.

Twenty years ago Monday, Tupelo was rocked by the gruesome disappearance of Leigh Occhi. Two decades later, a person of interest exists in the case but there is no evidence to tie him to the disappearance. Regardless, Leigh Occhi is still on the minds of some Tupelo residents.

"It was right after the hurricane and I wanted to make sure everyone was fine," Felton recalled recently about that day, "and I came home and the garage door was open."

She said she went in the house, called Leigh's name and didn't hear anything.

In the hallway, she discovered blood splattered on the wall.

Felton then checked the girl's bedroom, the rest of the house, the backyard and a shed there.

About 9 a.m., she said she called the police and anxiously waited for them to arrive.

Rick Hammond, the Daily Journal's law enforcement reporter at the time and now an attorney in Arkansas, heard the verbal commotion on the police scanner and headed over from his house, just a few blocks away.

He saw Felton and a couple of police officers.

"There was blood in the house, blood on the door frame, the garage door was open and the police were starting to check into it," Hammond said. "You could see the alert level was sort of rising.

"The police were canvassing the neighborhood and the word started to spread this wasn't a teenager who got mad and left the house. There was some kind of foul play."

Bart Aguirre, the case's lead detective, was teaching a course at the North Mississippi Law Enforcement Training Center when he got the call.

"I think two of our other investigators had already responded and they needed help with the crime scene," he said. "There was a lot of rain going on that day, seems like it was real stormy."

Aguirre said the scene wasn't in disarray - no forced entry or damage to the house - but a large pool of blood stained the hallway leading to Leigh's bedroom.

"There were blood spatters on a door-facing, which led into the kitchen from the hallway," he recalled. "According to the mother, there were certain clothing items missing and we did find a bloody nightgown in the clothes basket in her room."

The blood pool on the floor, still wet when he arrived, indicated to police that someone sustained significant trauma and bled there for a time, according to Aguirre.

He said the spatter on the door-frame could have been consistent with head trauma to someone standing about 5 feet tall. Leigh was 4 feet 10 inches.

He and other officers walked through the neighborhood and bloodhounds were used, but the rain hampered their efforts and no evidence was uncovered.

Aguirre said the crime lab didn't have the technology to process DNA in 1992 so they could only check blood for type and match it that way. Two samples were taken, one from the door and one from the spot on the carpet and both tested as type-O.

Police took the nightgown and other related evidence but are not releasing a list of all evidence taken.

The family car's trunk lining was tested for signs of foul play - things like clumps of hair or blood spots. Tests came back negative.

Aguirre said they can't be 100 percent certain the blood found at the scene was Leigh Occhi's because her blood was not on record anywhere, so authorities have operated under the assumption it is hers.

"When you go back and look at her medical records, that child has never been to the hospital or had blood work done," Aguirre said. "There was nothing to use for a comparison. That made it really difficult in trying to say that the blood left at the scene was in fact Leigh Occhi's."

At the time of Leigh's disappearance, her father, Donald Occhi, was stationed in Fort Myer, Va., divorced from Felton and remarried.

"My former bride called me the next day ... and she said 'Leigh's missing,'" Occhi remembered. "I said 'What the hell do you mean? Did she run away? What happened?'"

He said he didn't know why she waited a day to tell him, but Occhi remembered telling her to give it a couple of days, that their daughter might come back.

"I had no idea there was blood and stuff like that," he said. "It was a small town - I didn't expect her to stay missing long.

"I figured she might have run off because I heard rumors her mother and stepfather didn't treat her very well."

Felton said she was never aware of Leigh's mistreatment in their home and the stepfather is deceased and can't comment.

Two weeks after Leigh was reported missing, her father and his family drove to Tupelo to search for her as the foot patrols

He, along with community members, combed the fields surrounding Leigh's neighborhood, searching for clues, or even her body.

"We're grateful that, if it had to happen, it did in Tupelo because the people there were some of the kindest I've met in my life," Occhi said of the community that rallied behind his search efforts.

He recalled searching for a month before having to return to Virginia.

He returned once the next year with two psychics and again with television detectives to film an episode about unsolved mysteries, but it never aired.

The only evidence police gathered after processing the home and searching the neighborhood was a pair of glasses that belonged to the girl. They were mailed to her mother's house from a Booneville post office box, but the envelope didn't contain any other clues as to Leigh's whereabouts or who may have been involved with her disappearance.

Aguirre said with today's techniques, the crime lab could try to pull a DNA sample off the stamps on the envelope.

Tupelo Police Detective Brandon Garrett, who inherited the case, said the stamps are on his to-do list of items to test and is in the works right now.

He said he isn't sure how well the blood has been preserved but is sending it to the crime lab for processing, "I've got my fingers crossed," he said.

No suspect was ever named in the case, though Felton drew some attention at one point. Multiple people involved in the case implicated an area man as a potential suspect.

Aguirre said the police investigation continued under the assumption Leigh was abducted because there was no forced entry and it would have been difficult for her to run away, given the amount of blood at the scene, if it were hers.

Leigh's mother and a detective on the case mentioned one person of interest who was interviewed. He was never considered an official suspect because of lack of evidence.

Felton said Leigh would never open the door to a stranger, so anyone entering the house without breaking in would have to be someone she knew and trusted.

She insists her own "prime suspect" is a man who was in a position of trust in the church where Leigh and her grandparents were members. He was incarcerated in 2000 for burglary, and kidnapping and rape of a young girl.

No real evidence ties the man to Leigh, but Felton and detectives say the man would have been able to enter the house and he was charged for a crime under similar circumstances in the same time period.

The 54-year-old possible suspect was interviewed once by the FBI during the initial investigation. Garrett said he and another detective spoke to him in 2009, but he refused to talk to them.

"He is still my prime suspect," Felton said. "I know that Leigh wouldn't have let anyone into the house that she didn't know."

The man is scheduled for release in 2019 from Marshall County Correctional Facility.

Aguirre admits police have little to go on now.

"There were times that we didn't feel she was being as forward as we thought a mother should be, but we didn't go as far as to call her a person of interest or to say she was a suspect."

Felton was interviewed multiple times and failed multiple polygraph tests, although they are inadmissible as evidence in court. Police did not release specific details about the questions asked or what she reportedly failed in the tests.

Garrett recently sorted through the evidence to see what can be retested or tested in new ways.

He said as it stands, technology can match any remains against DNA samples from Leigh's parents to see if the remains are hers.

Calls come in, one or two each year, from people offering a tip. Garrett said it's usually just the caller's theory of what happened and is difficult to follow through on.

"They'll say she's buried under the high school and you can't just look under there, but if it's something we can follow up on, we always do," he said.

Leigh's father and others who knew Leigh scour online message boards for anyone who claims to know details about her disappearance.

Occhi said most of what he reads online is crazy, but he still looks.

"You read some of the stuff on the Internet and it's out there like Pluto," he said. "They say she was buried under here or under there, but how are you going to bury someone during a hurricane?

"All I know is she's missing and hasn't been found."