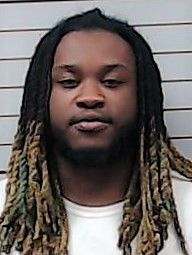 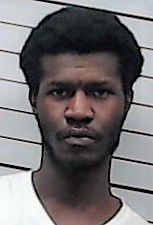 TUPELO • The burglary of a business was solved with the help of two Tupelo patrolmen.

Police were called out to Java Juice at 401 South Gloster Street around 3 a.m. on Nov. 24. Someone had entered the building and stole around $1,200 in cash. Security footage showed two suspects hiding their faces during the crime. They also wiped down areas they had touched.

The patrol shift supervisor recalled that two officers had encountered a couple of suspicious males before the robbery across the side street at Fred’s on Varsity Drive.

“If we see something strange late at night, officers can make a Terry Stop to find out why they are out and check 911 to see if they are wanted for any crimes,” said Tupelo Police Chief Bart Aguirre. “In this case, we had body camera footage of the stop that showed the suspects wearing the same clothes and the suspect committing the crime.”

During the stop at 12:49 a.m. Nov. 24, the patrol officers also got the individuals names and information, which proved a great help in the investigation. On Dec. 5, police arrested Isaiah Gray, 19, of 2103 Raspberry Street, Tupelo, and Anthony Alvin McGee, 19, of 908 Mercer Street, Tupelo, Both were charged with burglary of a commercial building.

“This case went perfectly,” Aguirre said. “We were able to ID the suspects, show they were in the area around the time of the crime while wearing clothing that matched the store video.”

“Officers are taught how to make a Terry Stop while in the (police) academy and it is drilled into them once they get on a patrol shift. Because the officers did their job correctly, it will make it a lot easier for the District Attorney to prosecute the case.”

Following a 1968 landmark case, the Supreme Court has upheld the Terry Stop. Officers must be able to articulate reasonable suspicion and explain why they stopped an individual. Officers can stop the individual and investigate their suspicions, being careful not to violate the citizens Fourth Amendment right against illegal search and seizure.

Cuomo: Quarantine would be federal declaration of war on states

Cuomo says possible NY quarantine 'would be chaos and mayhem'