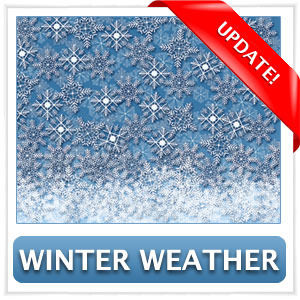 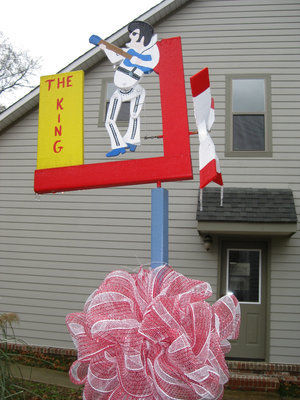 UPDATE: 9:23 p.m. - Weather conditions looking better for Thursday and ahead. Click here for link to NEMS360.com weather page for forecast.

Unfortunately, the icy conditions claimed the life of an Alcorn County man. Approximately 6:20 am, Felipe Manguila,44, of Corinth, was traveling west bound on US 72, in a Ford F-150, when he apparently lost control of his vehicle while crossing an icy bridge. The truck left the road and overturned several times in the median before striking another vehicle that was stopped on the side of the road. Manguila was ejected from the vehicle. He was not wearing his seat belt. A passenger in Manguila's vehicle was uninjured.

The ice on the bridge was a contributing factor in the accident. Other vehicles had also crashed at the same location on US 72 near Hwy 2 in Alcorn County. The accident remains under investigation.

Approximately the same time of the fatal accident, Troopers also responded to another roll-over crash involving a Ford F-250, driven by Tracy Shipman, 42, of Corinth. Shipman was traveling east bound on US 72, between Corinth and Theo, when he apparently lost control of his vehicle and over turned several times. He was airlifted to the MED in Memphis with serious injuries. He had to be extracted from his vehicle. This accident also remains under investigation.

During this 6 hour span, Troopers, in Troop F, investigated traffic collisions in all nine north-east counties that make up Troop F (the New Albany District). Most of the accidents were on the major highways including US 45/ US 72 in Alcorn County and US 78 in Lee County.

UPDATE: 9:53 a.m. - Thanks to Patsy R. Brumfield for the photo at NEMS360.com now of a few ice sickles around Elvis this morning. Send us your photos or videos by clicking here for the link to our Digital DropBox.

UPDATE: 9:50 a.m. - Shane Castile of Interactive reports he drove from Corinth to Tupelo. North of Baldwyn was kind of slick and in downtown Corinth. Better as he headed south and then got stuck by a train in Tupelo. Seriously be careful. ... Jeff Clark of Monroe Journal reports patches of ice in Amory but able to drive. ... Brandon Speck of Monroe Journal reports some trouble around Saltillo. ... Report traffic issues in the comments below.

UPDATE: 7:15 a.m. - Marshall and Lafayette County reports of ice on roads and bridges from MDOT.

UPDATE: 6:24 a.m. - Tupelo schools closed today for staff and students. Classes will be made up on Feb. 21. From @tupeloschools on Twitter.

UPDATE: 6:02 a.m.: Drivers asked to take Highway 145 exit to get around an accident at Highway 45 South Bound in Saltillo at Highway 145.

UPDATE 5:15 a.m.: Some icy conditions also reported in Pontotoc and Union counties according to the Mississippi Department of Transportation. MDOT crews are working on roads. Again take it slow out there.

Weather forecasters say Northeast Mississippi and the rest of the Mid-South could see sleet and freezing rain today before a warm front moves northward and raises temperatures above freezing.

The National Weather Service on Tuesday issued a winter weather advisory effective for Wednesday from 6 a.m. to 3 p.m., calling for “light amounts of precipitation” that will fall through a shallow Arctic airmass that is expected to keep surface temperatures below freezing through midday.

“We are in store for some freezing rain,” said Christopher Luckett, a Weather Service forecaster. In Oxford and Tupelo, he said, the precipitation was expected to start today between 5 and 7 a.m.

“It’s not going to be anything severe – nothing at the ‘ice storm’ level,” he said. “The biggest problem will be accumulations on overpasses and bridges during the morning rush hour. They may get hazardous.”

The Mississippi Department of Transportation will have workers dealing with “hot spots” as soon as any accumulations are noted.

“All of our counties in our district prepare ahead for winter precipitation,” said Matt Dunn, MDOT District 1’s assistant maintenance engineer. “There are snowplows for potential sleet or ice on the road, and we have salt spreaders mounted to trucks to de-ice bridges.”

Local governments, too, are preparing to keep roads and bridges safe.

“We’ve got most of our dump trucks loaded with small rock and another dump truck with a spreader that can distribute it on bridges,” said Joe Bynum, assistant road manager for Lafayette County. “We also have a supply of salt where we can melt the ice at major intersections of county roads and highways.”

Backhoes, road graders and their operators are available if accumulations get serious, he added.

Forecasters are calling for less than a quarter-inch accumulation of sleet or freezing rain in the Tupelo area, with other parts of the region slated for no more than a half-inch of sleet. Still other areas might not be affected at all: As of Tuesday night, Clay and Oktibbeha counties were not covered by the advisory.

Report any weather closings to todd.vinyard@djournal.com or 662-678-1586. Watch for any closing information at NEMS360.com.

Click here to send us weather photos and videos.

Tell us if you encounter ice or tough road conditions with a comment below.

Max Foster: Harry and Meghan will now be using these titles