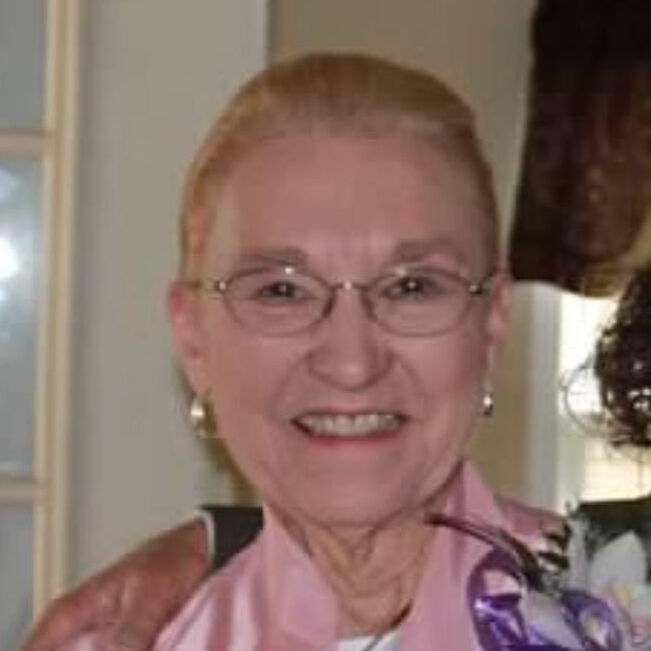 Mrs. Ruby Kate Wooldridge Bowles, 88, passed away on Wednesday, January 20, 2021 at Fernbrooke Nursing Home in Houston, MS. She was born in Houston, Mississippi on May 1, 1932 to the late Lee Allen Wooldridge and Mildred McLaughlin Wooldridge. She was a member of First United Methodist Church in Houston and a graduate of Okolona High School, class of 1949. Mrs. Bowles worked at Delta Trouser Company in Okolona for 15 years, then she worked at Air Cap in Verona for 5 years. After she left AirCap she along with her husband, owned and operated Bowles Grocery Store in the Thorn Community for 34 years. Mrs. Bowles enjoyed mowing her yard and waving at friends and neighbors that passed by. Funeral Services will be held at Houston Funeral Home on January 23, 2021, at 11:00 A.M. with Bro. Greg Ducker officiating. Visitation will be Saturday, January 23, 2021 at Houston Funeral Home from 10:00 A.M. until service time, 11:00 A.M. Burial will be at Tupelo Memorial Cemetery in Tupelo, Mississippi. Houston Funeral Home will be in charge of the arrangements. Mrs. Bowles is survived by her sons, Steve (Jane) Pearson of Houston; and Mike (Deedie) Pearson of Houston; her sisters-in-law, Anne Harrington of Houston, and Nancy Bowles of Germantown, TN; her brothers-in-law, Jerry (Lynn) Pearson of Baton Rouge, L.A, and Harry (Martha) Bowles of Corinth; her grandchildren, Jay (Candi) Pearson, Jenna Leigh (Brian) Aldridge, Lauren (Heath) Soden, Merry Claire (Ben) Gregory, Patrick Pearson, and Will Pearson; her great-grandchildren, Ella Cate, Jackson, Hudson, Embry, Eli, Graham, Walt, and Landri Kate; and a host of nieces and nephews. Mrs. Bowles is preceded in death by her parents, her late husband and father of her children, Charles Edward (Ned) Pearson, her late husband William E. "Billy" Bowles, a sister, Mary Anderson, and a brother, O.L. Woodridge, her brothers-in-law, Charles Anderson, and Jackie Bowles and one special cousin, Ruth Powell. Pallbearers will be grandsons and grandson-in-laws. In lieu of flowers, donations may be made to: First United Methodist Church P.O. Box 123 Houston, MS 38851 OR your charity of your choosing **The family has asked that social distancing and CDC Guidelines be kept in mind. Please bring your mask. If you do not have one, Houston Funeral Home will provide you with one. ** Online condolences may be left on the Tribute Wall at www.houstonfuneralhomems.com