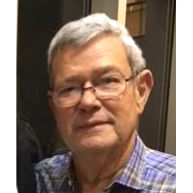 Melvin Wendell Cox died Tuesday, June 16, 2020 at the NMMC Hospice Care Unit. He was 79. Born on July 27, 1940 to Wilmar Carter Cox and Mildred (Dean) Cox in Elm Grove, Louisiana, Melvin graduated Haughton High School in Haughton, LA, where he was a star athlete, excelling in football, basketball, and track. His talents earned him a football scholarship to McNeese State University. After his first year at college, he married his high school sweetheart, Nicky Arlen O'Pry, and they transferred to Northwestern State University in Natchitoches, LA on another football scholarship and where he remained until graduation in 1962. Melvin and Nicky moved to Haughton where he soon began a career with International Paper, a career he enjoyed for 41 years beginning at the IP mill in Springhill, LA and retiring from IP's Vicksburg mill. Along the way, they lived for a spell in Sarepta, LA. After retirement, Melvin and Nicky moved to Tupelo and he enjoyed the title of Farm Manager for his daughter and son-in-law's farm in Chickasaw County. Melvin loved hunting, fishing and traveling, and he and Nicky visited forty-eight states including Alaska and Hawaii. The only states they did not visit were New Jersey and Maryland. He loved the outdoors and wildlife and was an avid hunter. He went bear hunting in Oregon, antelope hunting in Wyoming, mule deer hunting in Colorado, and he especially enjoyed white tail deer hunting in Louisiana and Mississippi. He loved to help others, taught boys Sunday School class, and did volunteer work at the churches he and Nicky attended as they moved around Louisiana and Mississippi. He believed in doing things right, and when he gave his word, it was the law. A memorial visitation will be held Friday, June 19, 2020 from 5 PM - 7 PM in the Tupelo Chapel of Holland Funeral Directors. Services will be private to the family. Holland Funeral Directors - Tupelo Chapel is honored to serve their friends. He is survived by his wife of 60 years, Nicky Cox; his daughters, Milly Doughty (Eddie) of Magnolia, TX, and Susan Farmer (Stephen) of Tupelo, MS; his sister, Wilma Rhyne (Prentiss) of Levelland, TX; grandchildren, Jaime Delafield (Kelly), Michael Doughty, Kathryn Doughty, Rachel Myers (Justin), Sarah Harrison (Jacob), and Hannah Farmer; and great-grandchildren, Landon and Bryce Delafield. He was preceded in death by his parents, and one sister, Gloria Jacobs. Condolences may be posted at hollandfuneraldirectors.com.