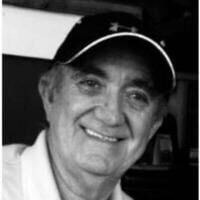 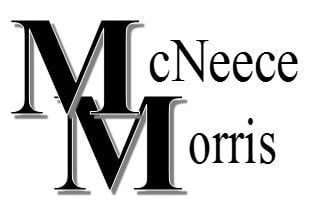 Jerry D. Franks was born May 6, 1952, to C. O. Franks and Ernie Cockrell Franks in Tupelo, Mississippi. He passed suddenly from this life on February 16, 2021, at Cleveland Clinic Martin North Hospital in Stuart, Florida. Jerry grew up in Fulton, Mississippi, graduating from Itawamba AHS with the Class of 1970. He furthered his education at Itawamba Junior College and graduated from Mississippi State University with a BS in Civil Engineering. His occupation as a Civil Engineer began with the MDOT and took him to various places enabling him to make marks on the world for generations to come. Special projects include the Tennessee Tombigbee Waterway, Fulton, Mississippi, the national award winning Natchez Trace Arches, Nashville, Tennessee, the Roosevelt Bridge, Stuart, Florida, Paradise Island Bridge, Nassau Bahamas and numerous bridges and high speed railways in China. Colleagues described him as a legend gifted in dealing with people from bridge laborers to colleagues to Prime Ministers. He retired in 2017. Though he traveled far, he never lost his Itawamba roots. Jerry treasured good times with family and friends. He loved family gatherings and cooking his downhome style breakfasts. He enjoyed golfing, fishing and hunting. He was a talented musician and sports enthusiast. He will be remembered as a gifted story/joke teller and for his signature sayings and greetings and contagious laugh. Jerry was affectionately referred to as Chick or "the King" by family and friends, but his most treasured name was BoomPa to grandsons, Zack and Nick, his pride and joy. He was dedicated to making life the best he could for his family. He looked forward to his daily chats with "Mol", always his baby girl. They enjoyed a special daddy/daughter relationship, always there for each other. He and his high school sweetheart, Mary, would have celebrated their 50th wedding anniversary in July, 2021. Jerry is survived by his wife Mary Montgomery Franks of Hobe Sound, Florida, his daughter Molly Poerio (Jimmy) and grandsons, Zackary and Nickolas Poerio of Palm City, Florida and his brother, Bob Franks of Mantachie, Mississippi. Brothers-in-Law Larry (Delois) Montgomery of Fulton, Mississippi and Don Orton of Jacksonville, Alabama and their families. He was preceded in death by his parents, his parents-in-law, P.W. and Erna Prestage Montgomery and sister-in-law Shirley Orton. A celebration of Jerry's life will be celebrated in his hometown later in March, 2021. Condolences may be shared with the Franks family at mcneecemorrisfuneralhome.com.