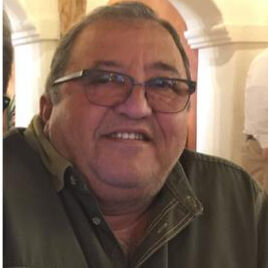 Hasan Khalil Saltillo-Hasan Khalil, 61, died at North Mississippi Medical Center in Tupelo after a brief illness. Born December 12, 1958 in Karachi, Pakistan to the late Mohd Khalil and Hasine Khalil, he was educated in his native country of Pakistan and ultimately received a University Bachelor's Degree in Business Management. Hasan came to America the first time in l978. He returned to Pakistan briefly where he met and married his wife, Jamila Khalil on July 21, 1988. In l991, he returned to the USA to live permanently and received his American citizenship. An astute businessman, he and Jamila owned an A T & T dealership for many years. He later became a shopping center real estate developer and built several successful properties in Northeast Mississippi. A member of the Islamic Center of Tupelo, Hasan was devoted to his faith and was an active, faithful participant. He and Jamila literally traveled the world during their lifetimes. Hasan loved good food and was devoted to his family and friends. He was a jolly, interesting soul who life brighten others lives. A Islamic service will be held at 1 PM today at the Islamic Cemetery in Starkville. There will be no local visitation. Memorials are suggested to be made to the Islamic Center of Tupelo, 783 Poplarville St., Tupelo, MS. 38801. Hasan is survived by his wife, Jamila of Saltillo; a son, Ovais Khalil and his wife, Magen of Baltimore, MD. and a host of friends around the world. He was preceded in death by his parents, a brother and sister.