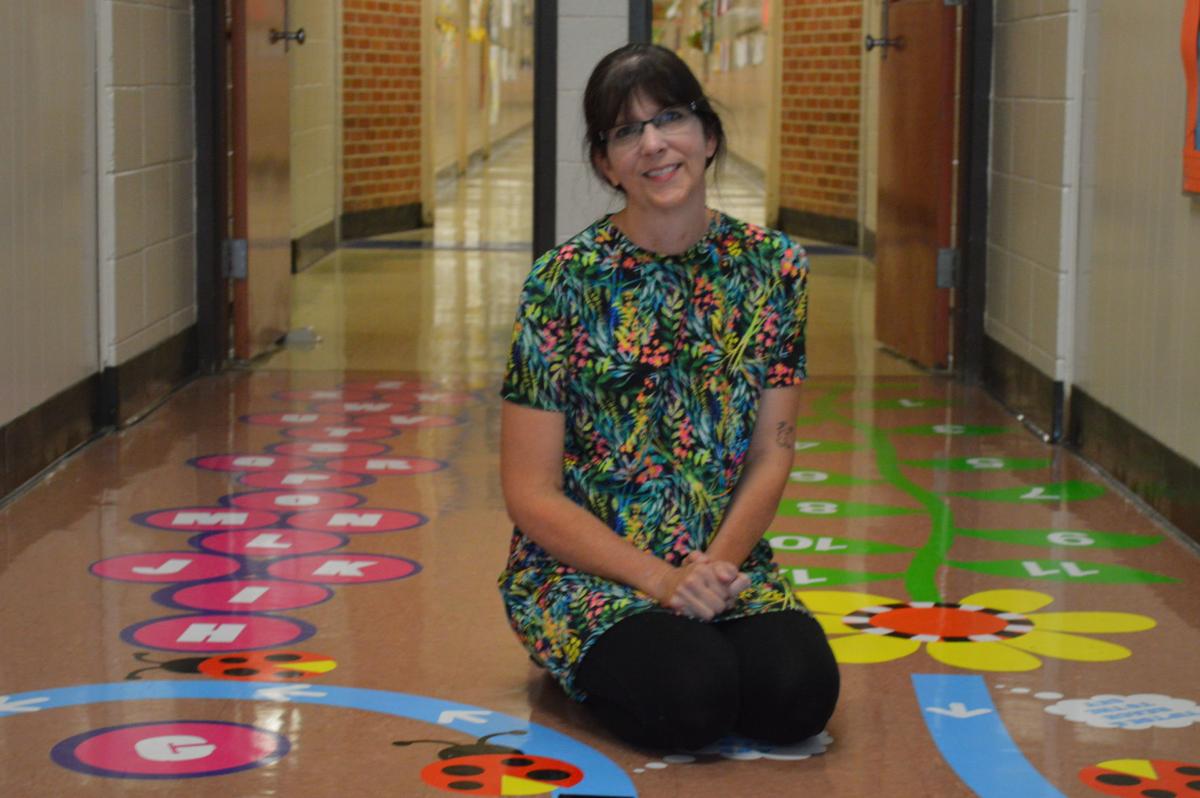 Holly Clay is a special education teacher at Bramlett Elementary School. Using her background in graphic design and her experience working with children, she created a sensory path that is being noticed by students and schools around the world. 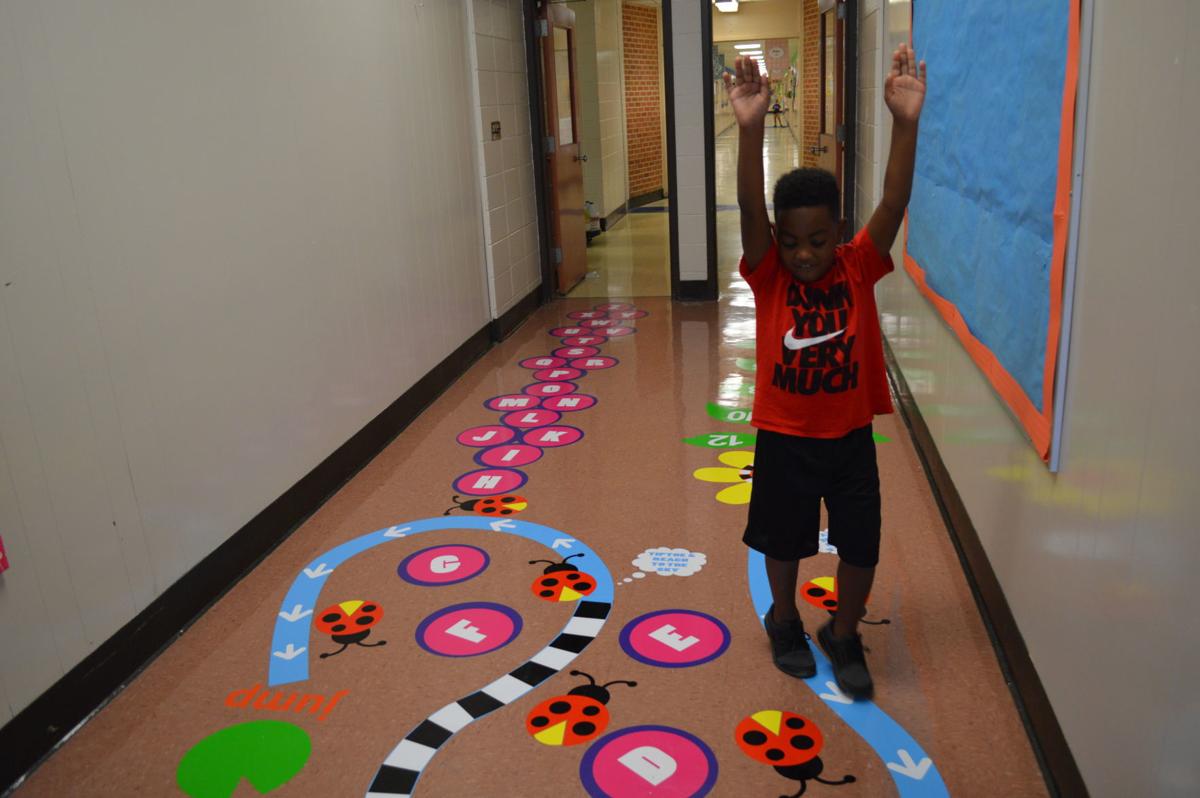 Peyton Buford demonstrates the sensory path. The purpose of the path is to give children something to focus on that will help them walk themselves down from anxiety.

Holly Clay is a special education teacher at Bramlett Elementary School. Using her background in graphic design and her experience working with children, she created a sensory path that is being noticed by students and schools around the world.

Peyton Buford demonstrates the sensory path. The purpose of the path is to give children something to focus on that will help them walk themselves down from anxiety.

The video was of a child completing a sensory path Clay created in a section of hallway by her classroom. The child in the video jumps at certain intervals, takes slow steps down a path, hops from lily pad to lily pad and places his hand on handprints on the wall and pushes as hard as he can. The path is composed of vinyl stickers laid on the floor and across the wall.

As of Friday, the video exceeded 18 million views.

The district, the school and Clay’s personal email and Facebook inboxes have received a constant stream of messages from all over the world. People are wanting jobs in the district, they’re asking for Clay’s design files, asking questions about how the path works and just letting her know that they love the concept. It’s been a whirlwind of attention and praise and well wishes that no one ever expected.

Clay’s path is designed to help a child use their own bodies and own environment to calm themselves down. They use their muscles, their breathing, their spatial awareness and completely absorb themselves in the sensory path and walk away from it reset and refreshed.

An extensive history in graphic design gave Clay both the equipment and the skills to pull of the project. Her principal gave her the permission and creative freedom to actually do it.

It all started during the last school year when she saw something on social media where a child was using a sensory path made with duct tape. She said she knew she could do it better.

“It’s for any kid who we serve in special education or any child who is in the general population,” Clay said. “It can be a kid with ADHD or just someone who woke up on the wrong side of the bed. Let’s just say a nerotypical child comes in and they’re having a bad day. If he comes in the classroom and is just a little overwhelmed or over stimulated, they might need a bit of reset. Think of it like rebooting your computer. It’s removing them from the environment that is causing them anxiety. They come here and they’re allowed to focus. They can rezone, remove their emotions for a minute and just go through some movement.”

Clay talked about how children, especially those on the autism spectrum, store a lot of their anxiety and energy in their muscles, so to speak. Moving around, taking a walk, bouncing their leg is a way for them to work that out. This sensory path plays into this. The kids move, they bounce they breathe and use their bodies in a way to work out their frustrations. And it works. This is helping people.

The school even installed a larger version on the playground.

The response to her video, which she posted for her fellow teachers, was totally unexpected.

“It’s been an overwhelming amount of emails and Facebook messages,” Clay said. ‘The first night I checked it, I stopped after 10 pages of messages about it all.”

A lot of the messages she’s been receiving have been from schools and teachers and counselors inquiring about the design of it and asking for files and advice. She welcomes the questions, but on the advice of a friend, she’s currently in the process of patenting the path’s design. It’s researched-based. It wasn’t just something she threw together. She spent months figuring out the best way to construct it and it means a lot to her.

She wants to make sure that if people are going to use it, that they do so correctly and to the benefit of children. She wants them to get it right.

“Honestly, right now I’m just trying to digest it all,” Clay said. “It really has been overwhelming. It makes me nervous because I don’t want people to take what I’m trying to do and turn it into something that it was never meant to be. They haven’t done the research behind it or asked the right people the right questions. They’re not thinking about how the kids are moving through it. It’s not just stickers on the floor. It’s movements in a series and in a certain way.”

Sorry, there are no recent results for popular articles.