Casey Rogers with Innovative Construction Management explains how the closure of the parking lot where the parking garage will go will not hinder delivery trucks coming to drop off merchandise and food items to nearby businesses.

The Downtown Parking Commission met Thursday morning in the second floor courtroom of City Hall to announce that construction on the parking garage would begin on August 27.

Construction on the garage is set to begin on Monday, August 27, with the parking lot that will be the future site of the garage being blocked off the day before. Estimates say it will take a year for the garage to be constructed and opened for use.

The Downtown Parking Commission was formed back in 2014 to work with experts and provide recommendations to the city on how to handle the parking issues that arise around the Square as the city continues to grow at unprecedented rates.

The Downtown Parking Garage is something the city has been discussing for several years now. Within the last two year, the city has made significant strides in making the garage a reality. There have been several traffic and parking studies, discussions, council meetings and more about the issue.

Originally, the city was hoping to begin constructing the garage back in January, but hit some financial roadblocks. The previously estimated $9million that would take to construct the garage would have cost has since been changed several times as the price of labor and materials have increased. Pushing the cost at upwards of $11 million.

But, the city says, they’re now confident they can meet those costs and provide visitors with a reliable and affordable parking solution. The groundbreaking for the garage is set for August 20th.

However, there were a over a dozen business owners and other concerned citizens who still had questions about the garage and, especially, the parking lot closure.

The parking lot that they’re closing, the one directly behind the The Growler, Holli’s and Uptown Coffee, has 234 free parking spaces that are filled consistently throughout the week. The people parking there are visitors and customers, but they’re also workers. Several businesses, including Boure and Saint Leo and more, use that parking lot for deliveries of goods that they sell.

With that parking lot closed, those business owners were worried about how their deliveries would be made and where their employees would park. The commission assured them that they would leave plenty of space for trucks to come and unload merchandise, saying the last thing they wanted to do was get in the way of business.

Comissission Chair Tom Sharpe went over a list of 254 additional parking spots that the commission have identified alternative locations with free parking around the Square. These are places like the lot behind City Hall, the one under the water tower and places like that which are already in use. Others were different churches that would be willing to let patrons and workers use their parking lots, within reason.

But, as one person in the audience pointed out, this creates a liability issue for the city. Who is to blame when something goes wrong in a private lot that the city said someone could park in?

The commission said that is something they will take seriously and look at closely.

The property manager of Oxford Square North was there that morning to ask about renovations. The building has several thousand square footage of their property they’re planning to renovate over the next year. Where will they put a dumpster? how will the proper trucks get where they need to be?

Casey Rogers with Innovative Construction Management, the company in charge of overseeing the garage’s completion, said they would of course be willing to accommodate Oxford Square North as much as they’re possibly able to do so.

Rogers went on to say that the most important thing that needs to happen in order for this to be successful is open communication between everyone involved. The city has started an email list that they will be using to inform people of updates on the projects and when the area will be less accessible than it normally is. The commission agreed that this was going to have to be a group effort if it is to succeed.

There will be one more public hearing on this issue. It will take place Thursday, August 9 at 5 p.m. on the second floor courtroom of City Hall. Sharpe encouraged anyone concerned about this issue to come voice their concerns and ask any questions they may have about the process. 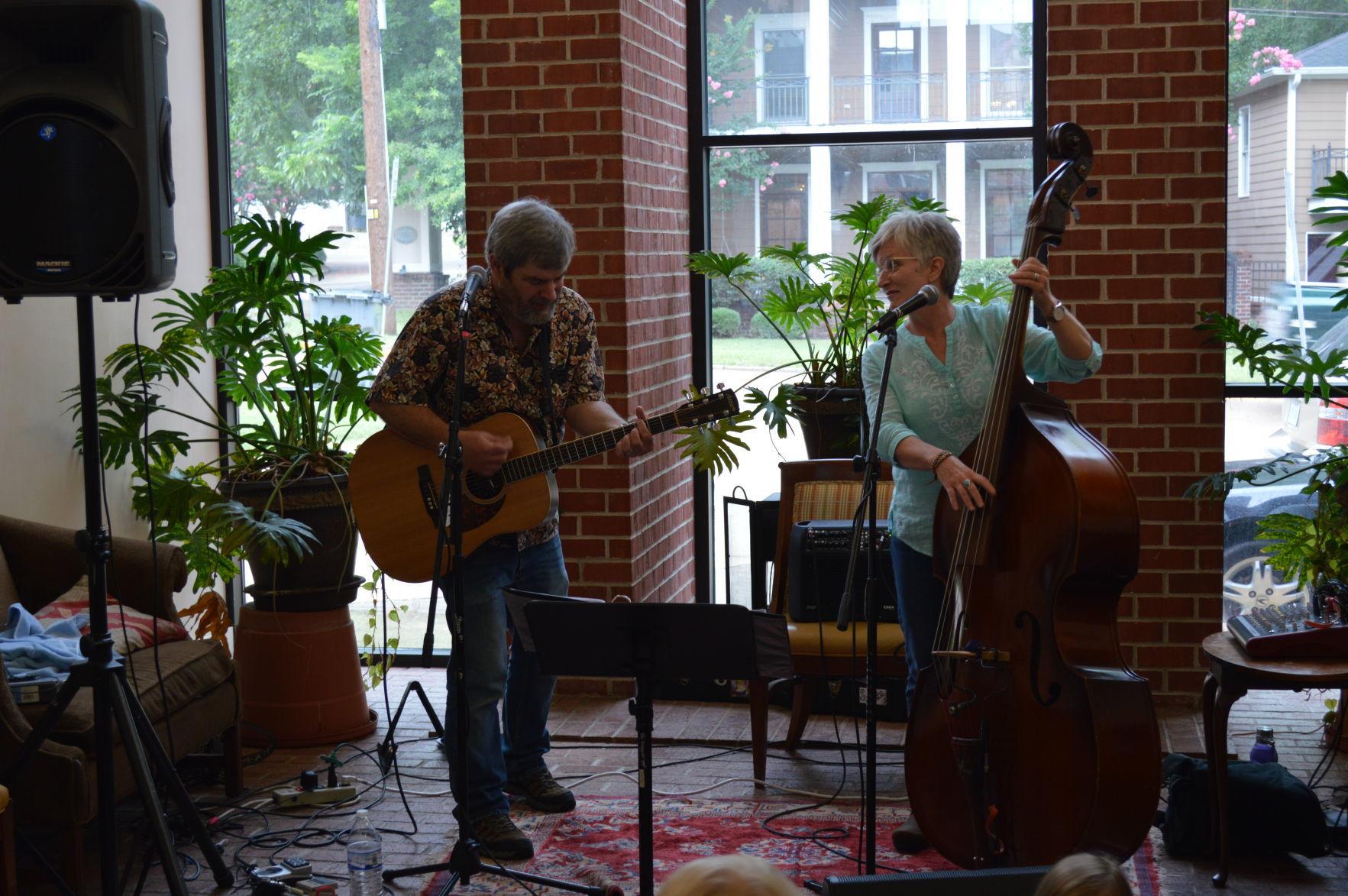 Luke and Amy Fisher were at the event providing musical entertainment.

The city of Oxford held a ribbon cutting Friday at the new transfer station. Representatives from the city, Three Rivers and the Economic Development Foundation to cut the ribbon. 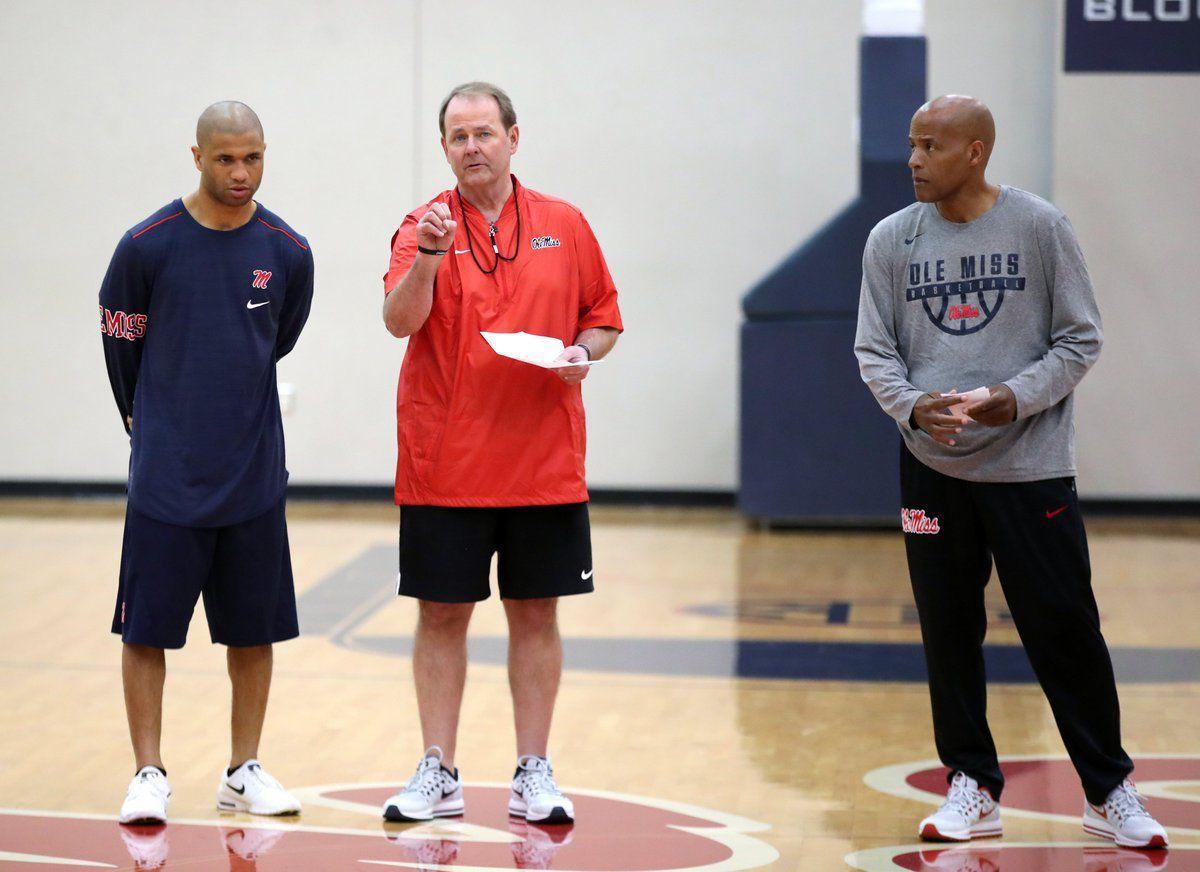 Coach Kermit Davis (center) and the Rebels prepare to leave for their Canada tour later in the week.