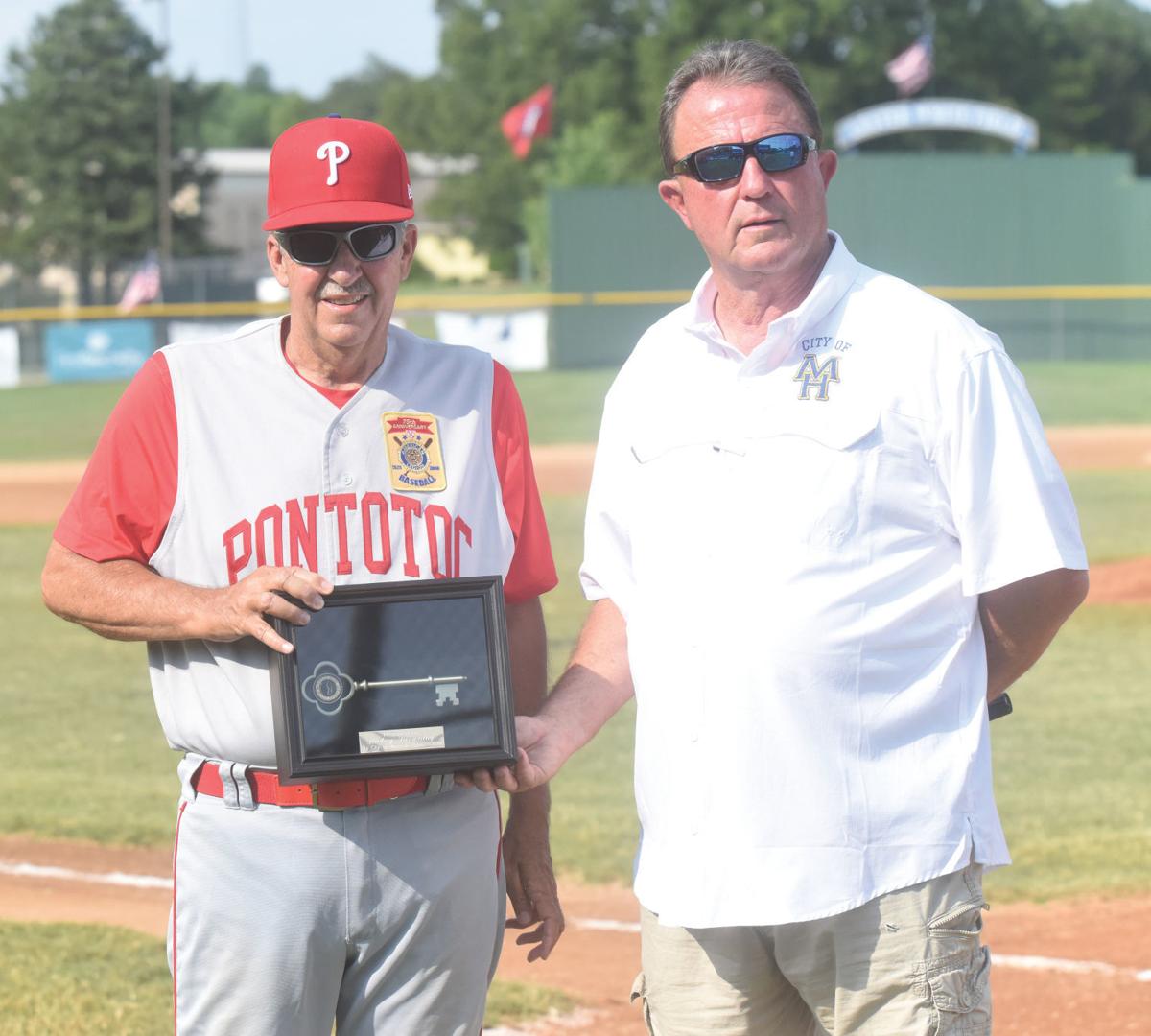 Nickey Browning is recognized as the inaugural recipient of the "Key to the City" honor by Mountain Home Mayor Hillrey Adams. 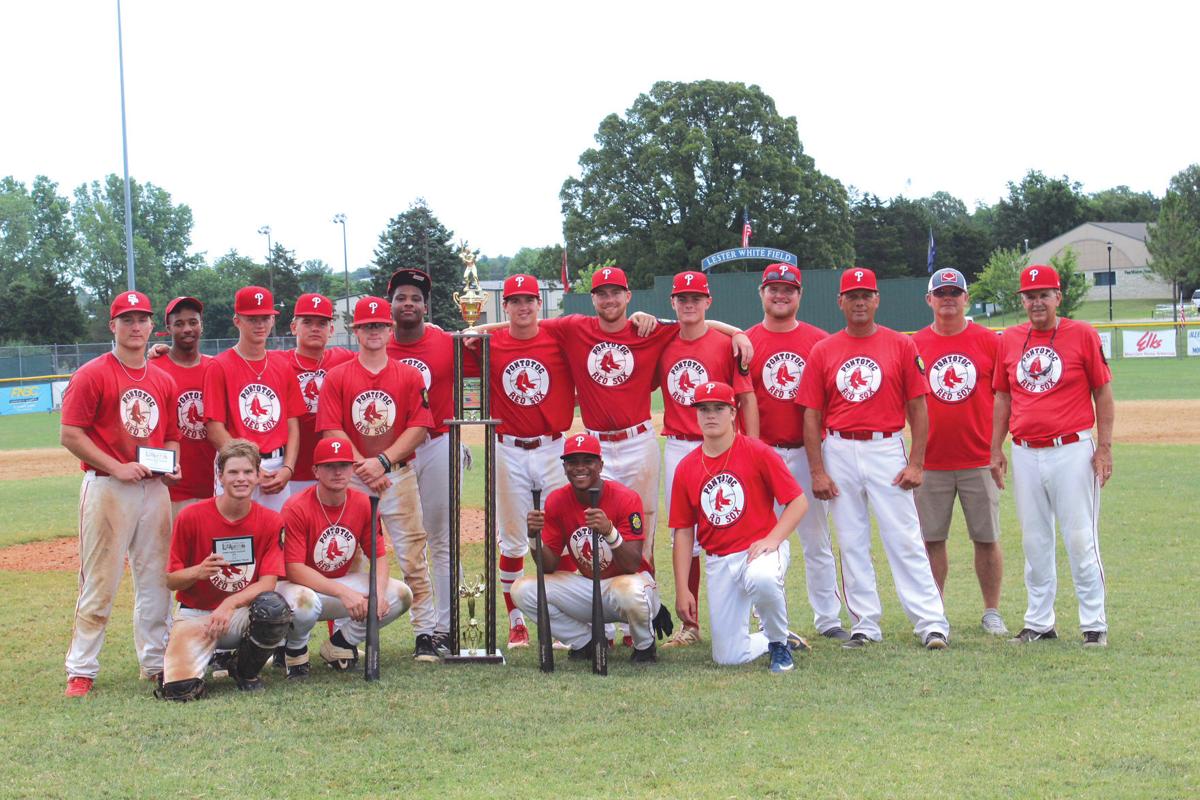 The Pontotoc Red Sox celebrate after another championship win at the Twin Lakes Classic.

Nickey Browning is recognized as the inaugural recipient of the "Key to the City" honor by Mountain Home Mayor Hillrey Adams.

The Pontotoc Red Sox celebrate after another championship win at the Twin Lakes Classic.

Before a Friday night matchup with Paragould, Arkansas, Mountain Home Mayor Hillrey Adams presented Browning with the first-ever "Key to the City" honor. He was the inaugural recipient of Adams’ new program that honors visitors who make an impact on the city of Mountain Home. Browning, a former Mississippi state senator and longtime coach of the Pontotoc Red Sox American Legion baseball program, has brought his team to the tournament every year for over two decades.

"He has come up here every single year and been a part of this tournament," Adams said. "His team has rented a lot of hotel rooms in this community over the years. They've spent a lot of money in restaurants, and they've been a great asset to the Classic."

Browning was very surprised about the award, which not many people knew about beforehand, and said it was something that means a lot to him. He recalled how he first started traveling to the tournament after meeting fellow American Legion coach Lester White. It is a tournament he looks forward to every season, and his family and his players also love the Twin Lakes area.

“The reason we started coming up here was me and Lester met and got to talking about it, and I said ‘I might come up to your tournament next year.’ I came up here and I love it,” Browning said. “The people are so good, and Lester runs one of the best tournaments you can. It helps my team, because we get up here and we become a team. Our players get to know each other. We go out to the bowling alley, the lake, the river and swing on the rope at the spring. It’s something that is in my plans every year. The boys have had a great time, and that’s what it’s all about.

“Lester’s been a good friend of mine. We talk during the winter and tell tales. He’s one of those guys you can’t help but laugh at and love at the same time. My wife and daughter love coming here. It’s a special place.”

The Red Sox have also dominated the event in recent years. They entered the tournament as the two-time defending Twin Lakes Classic champions. On Thursday June 18 they defeated Batesville, Arkansas 9-4. After Friday's presentation the Red Sox went on to defeat Paragould, Arkansas 5-2, extending their winning streak in the tournament to 11 games dating back to 2017. After a hard-fought 2-0 loss to Russellville on Saturday June 20, the Red Sox made Sunday's final day as a wild card. They defeated Mountain Home 6-3 to advance into the title game. As a fitting cap to the weekend, Browning and the Red Sox then took home the championship trophy once again in 6-3 rematch victory over Russellville. It marked a 3-peat for the Red Sox. Even more impressive, they have won the tournament 8 of the past 12 years.

"We played really good up there," Browning said. "There were some really good teams. I was proud of them."

Browning has a young team with a lot of new faces this year. After most of the regular baseball season this spring was canceled it took a bit to shake off some rust, but they have started to find their stride. Winning four of five games at Mountain Home improved their record to 8-3. This past weekend they went to Paragould, Arkansas with a shorthanded squad that was missing five players and went 1-2. They fell to Russellville 7-2 on Friday and Mountain Home 2-1 on Saturday before defeating Paragould 13-4 on Sunday. They currently have a record of 9-5.