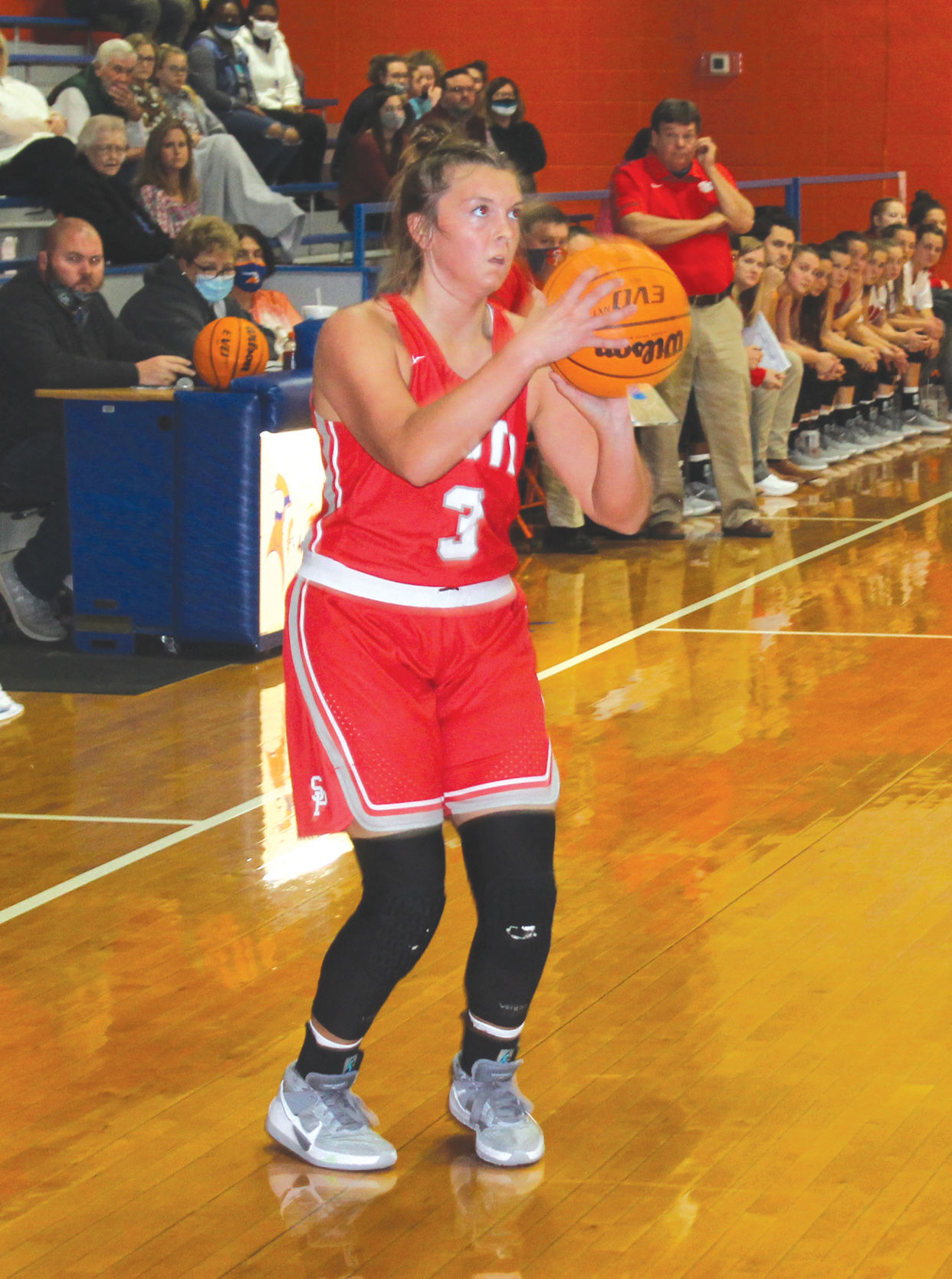 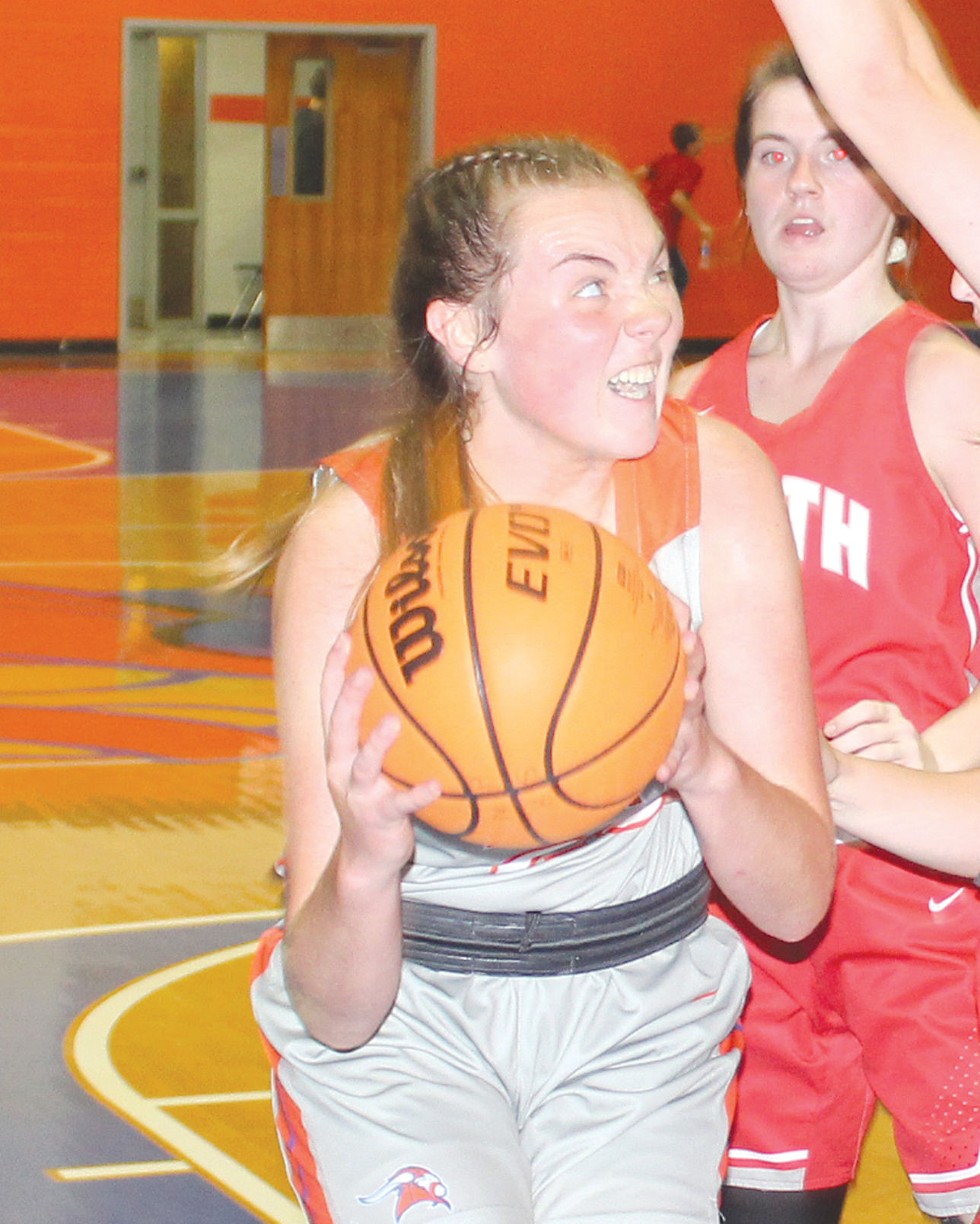 Maddie Guerin tries to work past South Pontotoc defenders under the basket.

Maddie Guerin tries to work past South Pontotoc defenders under the basket.

ECRU- Rebekah Pilcher played lights out in the second half of last week’s game between South Pontotoc and North Pontotoc. The junior guard scored 14 of her game high 22 points in the fourth quarter to lead the Lady Cougars to a 57-53 comeback win against their in-county rival.

“They just came out and stuck it to us in the first half,” said South Pontotoc head coach Bill Russell. “I thought we did a better job of taking away what they were wanting to do after halftime, and we were able to get Rebekah more involved offensively as well.”

The Lady Vikings raced out to a 16-6 lead, as six different players scored in the first quarter. The Lady Cougars chipped away in the second quarter, but North Pontotoc was consistently matching them on both sides of the ball and led 26-19 at halftime.

“I wish we wouldn’t have gotten that kind of lead so early,” said North Pontotoc head coach Matt Waldrop. “We got complacent and Pilcher started playing to win, and we were playing not to lose and not attacking like we needed to in the second half.”

Caroline Cook knocked down a layup and two free throws early in the second half to cut into North’s lead. Then Maggie Gaspard hit a 3-pointer to tie the game at 29-29 with three minutes left to go in the third quarter. Maddie Guerin added six points afterwards and helped the Lady Vikings to a 41-34 lead heading into the fourth quarter. The senior finished with 11 points for North Pontotoc.

Rebekah Pilcher outscored North by herself in the fourth quarter. Pilcher knocked down back-to-back layups to make it a three-point game and hit a 3-pointer at the five minute mark to make it 46-45, giving South Pontotoc its first lead of the game.

Shemiah Hadley hit a lay up to give North a 49-46 lead a few moments later. That would be the last lead the Lady Vikings would muster, as Pilcher scored seven more points down the stretch to to help the Lady Cougars to a 4-point victory.

May the lights of the season remind you of Jesus

Pick the perfect poinsettia for blooms now and perhaps next year