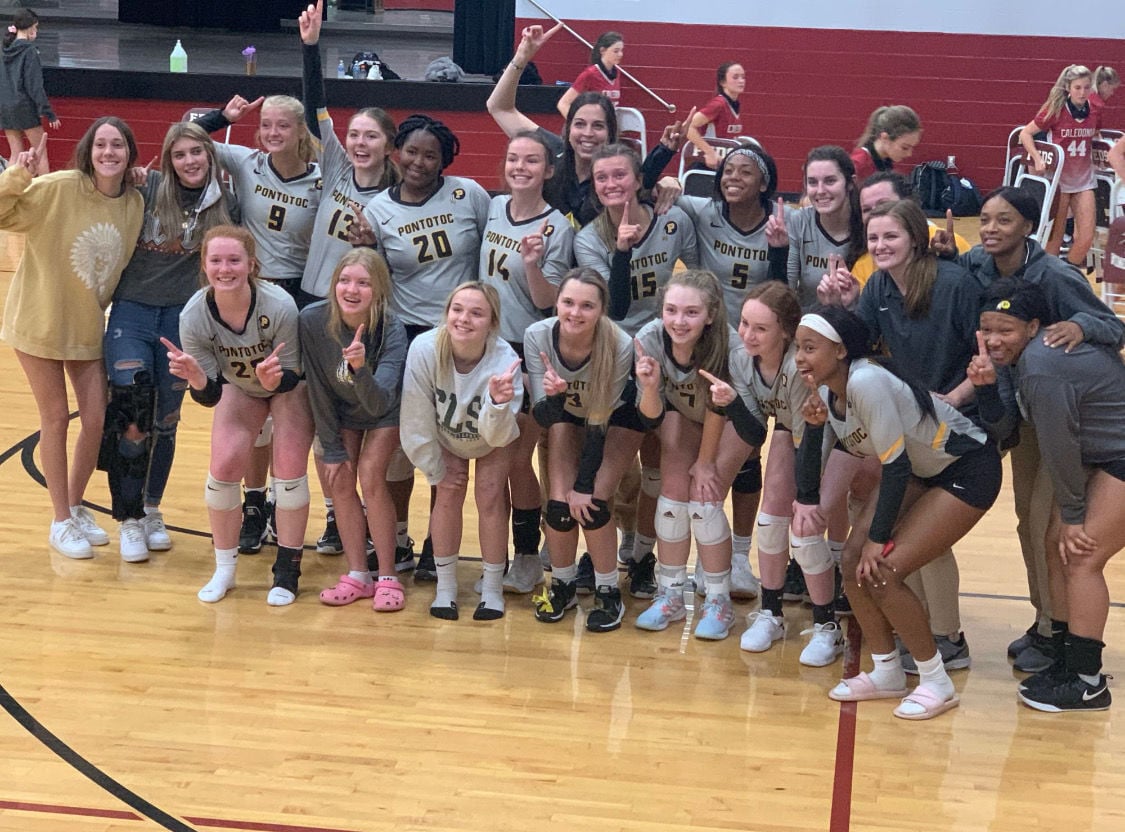 The Pontotoc volleyball team celebrates after clinching the Division 2-4A with a win over Caledonia last week. 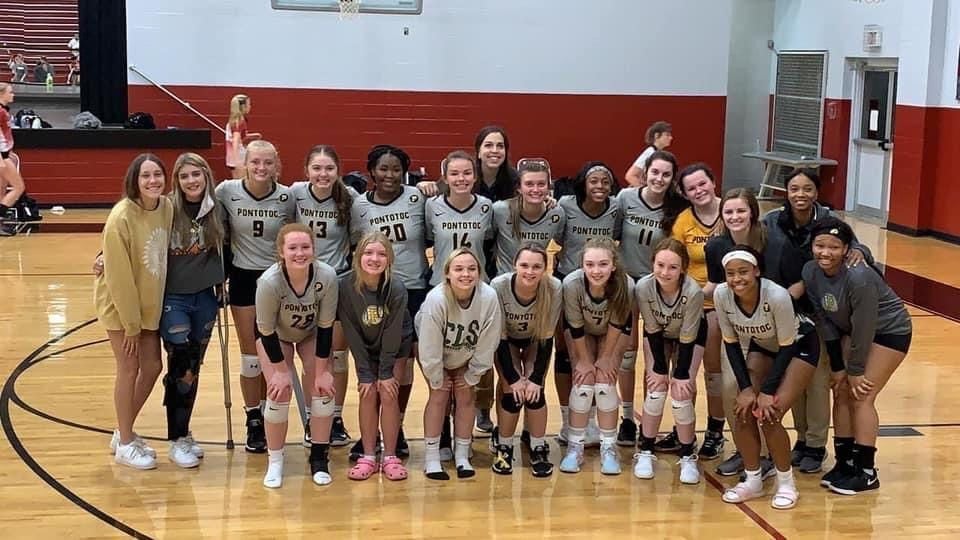 The Pontotoc volleyball team celebrates after clinching the Division 2-4A with a win over Caledonia last week.

The Pontotoc volleyball team made history last week with the first division title for the program, which is in its 10th season.

The Lady Warriors went on the road to defeat Caledonia 3-1 last Tuesday in a hard fought match.

The victory gave the Lady Warriors a 9-1 final division record. Their only previous loss had come to Caledonia, who defeated Pontotoc 3-1 back on September 10 and entered the contest unbeaten in division play. The Lady Warriors won the Division 2-4A championship in a tiebreaker, as both teams finished with identical 9-1 marks.

"I think at this point in the season we just have a lot of confidence," said Pontotoc head coach Annie McGregor. "With what we have been through this season, we did not doubt ourselves. We know where we deserve to be and where we want to be, and we just went in there with 100 percent effort and 100 percent belief. I think that was the big difference between the first game (against Caledonia) and this one.

"This team just loves each other so much and believes in each other so much. They work together to overcome things and are not shaken even if they are down a few points. We have a together mentality; it's not me it's we. That's what makes this team so special. I don't know that I have ever been on a team that is as unique as this team is. It is so much fun to watch and be a part of, the way they battle together and lean on each other and overcome. They are an awesome group of kids."

The Lady Warriors, now 16-4 on the year, have a first round playoff bye and will begin the postseason on Saturday, when they take on the winner of New Albany-Louisville.