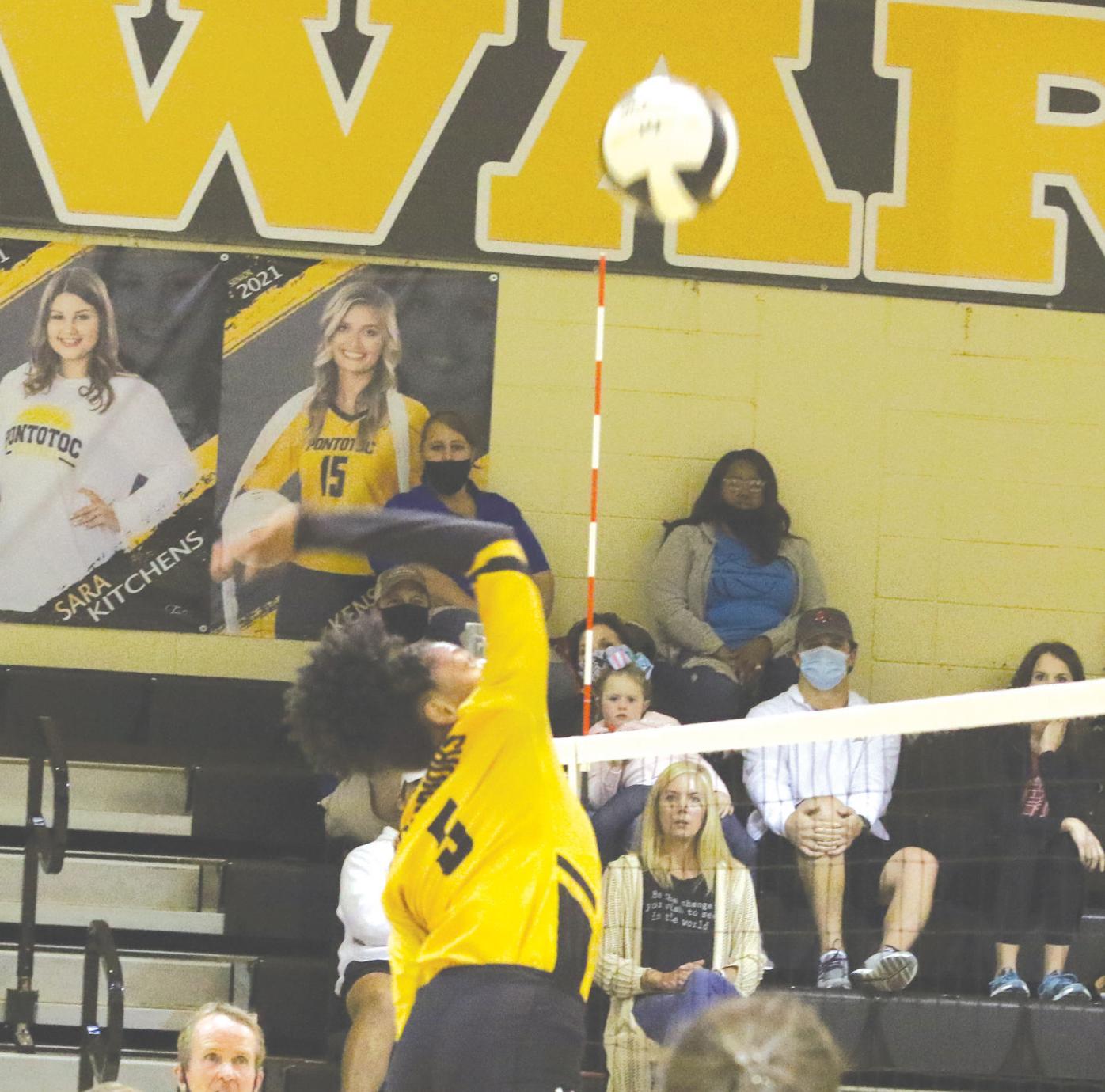 De'Aisha Browner elevates for a kill at the net. 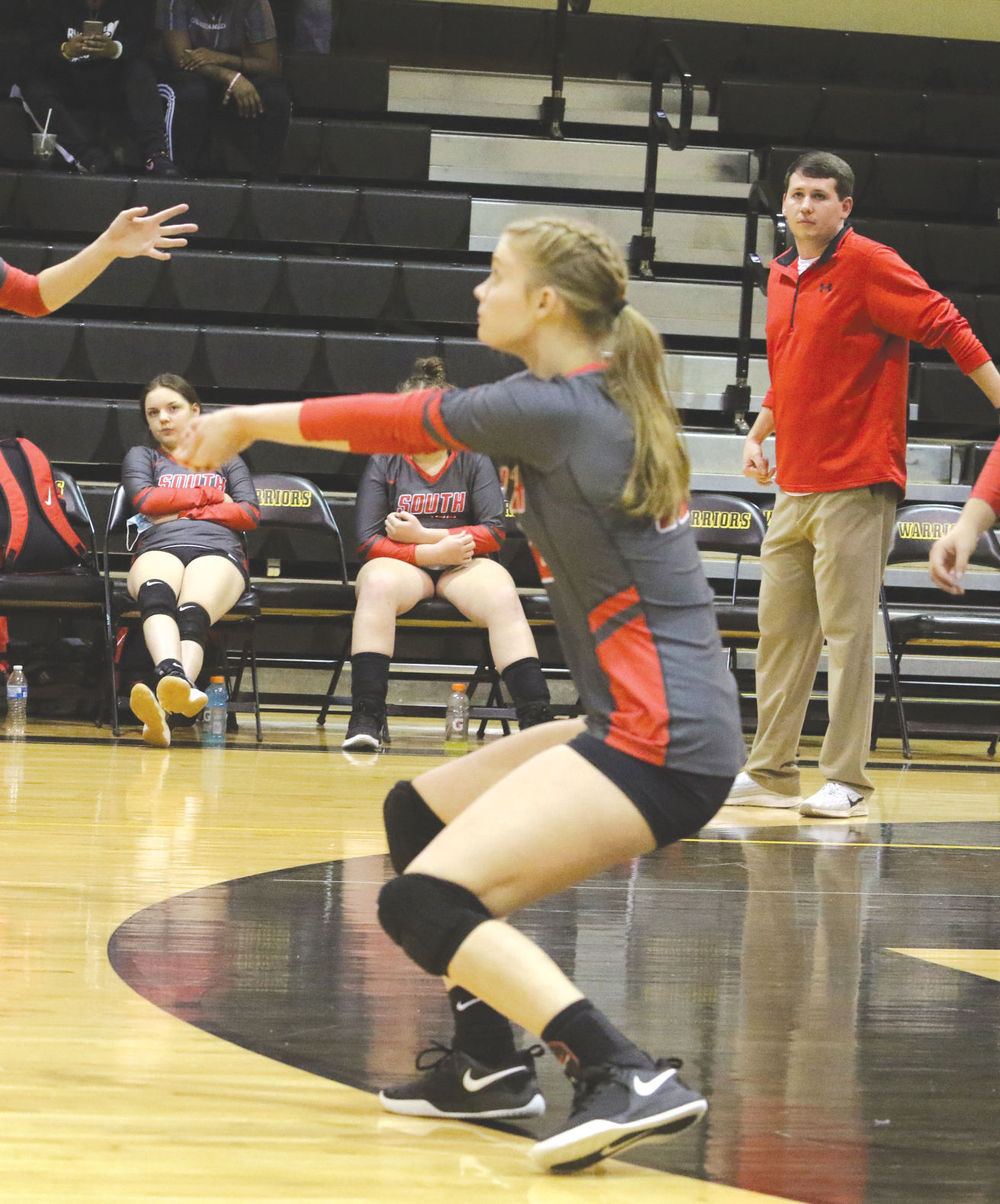 De'Aisha Browner elevates for a kill at the net.

PONTOTOC- The South Pontotoc Lady Cougars showed up to play last Tuesday and sustained some impressive rallies, but the high-flying athleticism of the Lady Warriors proved too much in the end, as Pontotoc won 25-15, 26-24, and 25-9.

South’s Morgan Gunter started the opening set with an ace. Then Waldrop answered with a pair of aces for the Lady Warriors.

A pair of strong kills from Browner and Nowicki put the women of the Tribe ahead 4-2. Hailey Rackley added a pair of crafty shots to move South back in front 5-4.

Howard tore off four straight aces for the Lady Warriors. Gunter answered with a winner for South, and Waldrop set Alana Corder for a spike, as the Lady Warriors pulled back even at 10-all.

Waldrop hit a nifty winner from the middle hitter position, and Audrey Hamill set Samya Brooks for a kill. An ace from Olivia Gray and two thunderous spikes from Browner edged the Lady Warriors ahead. South’s Kealey Ward answered with strong kill point of her own.

A pair of aces from Waldrop and a kill point from Caroline Howard finished the set, as the Lady Warriors won 25-15.

Howard opened the second set with an ace, and Kealey Ward answered for the Lady Cougars. Brooks poured in a couple of winners for Pontotoc, and a strong kill by Hailey Rackley brought South even at 5-5.

Browner stuffed a shot at the net. Mackenzie McGuirt added a kill for Pontotoc, followed by an ace from Ava Robbins. Leanna Reeves served an ace to pull South in front 11-8.

Rackley slammed down a winner at the net. Then Kara Fleming set her for another strong kill. Fleming placed another great set for Ryleigh Kate McVay to drive it home.

Browner crushed another high-leaping slam, followed by a block at the net by Elizabeth Anne Mitchell. Reeves hit a winner to put South ahead late in the set 24-23. A strong overhand shot from Nowicki and a winner from Browner closed out an extremely hard fought set for the Lady Warriors 26-24.

Davidson seeks permission for a free lending library in Ecru