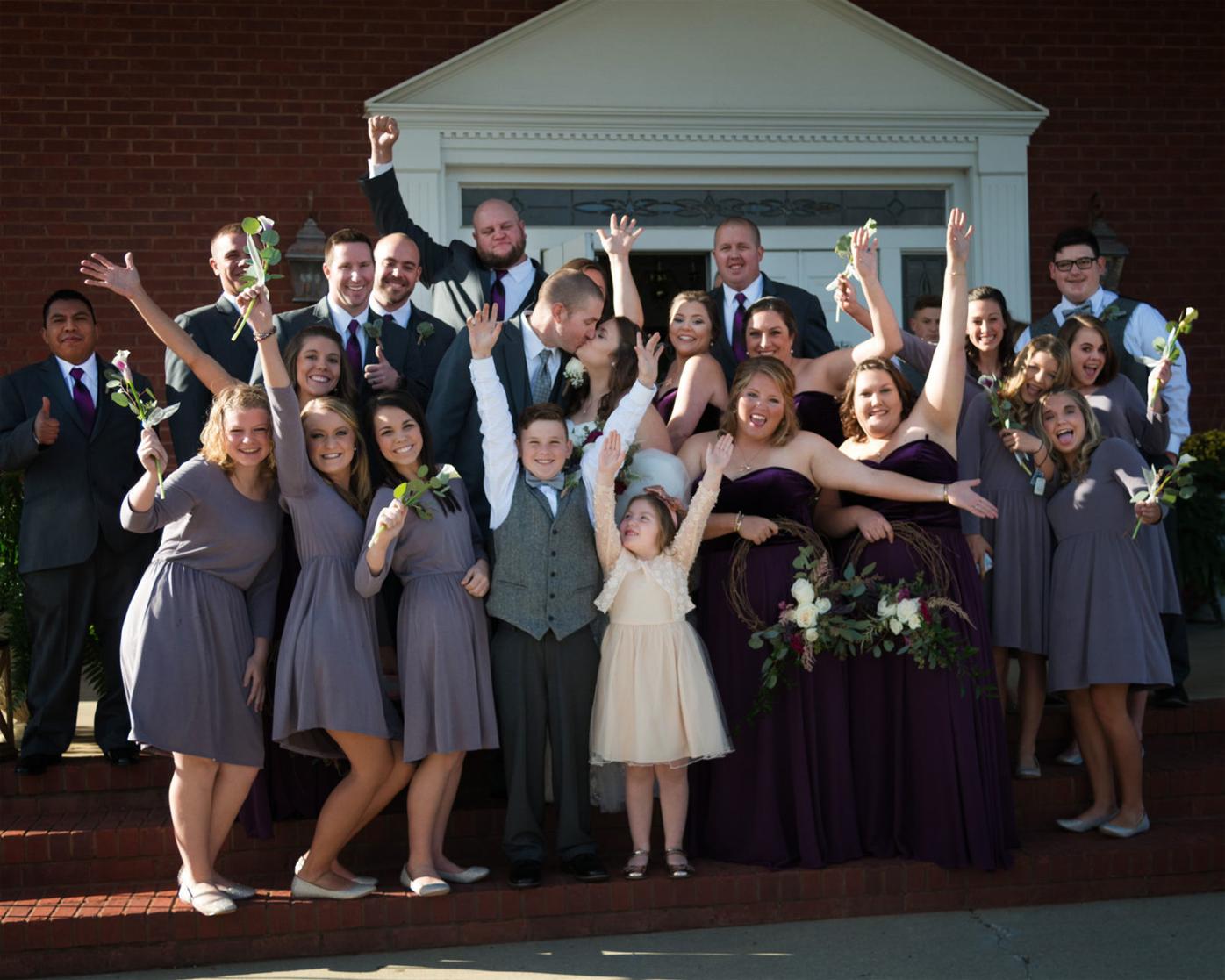 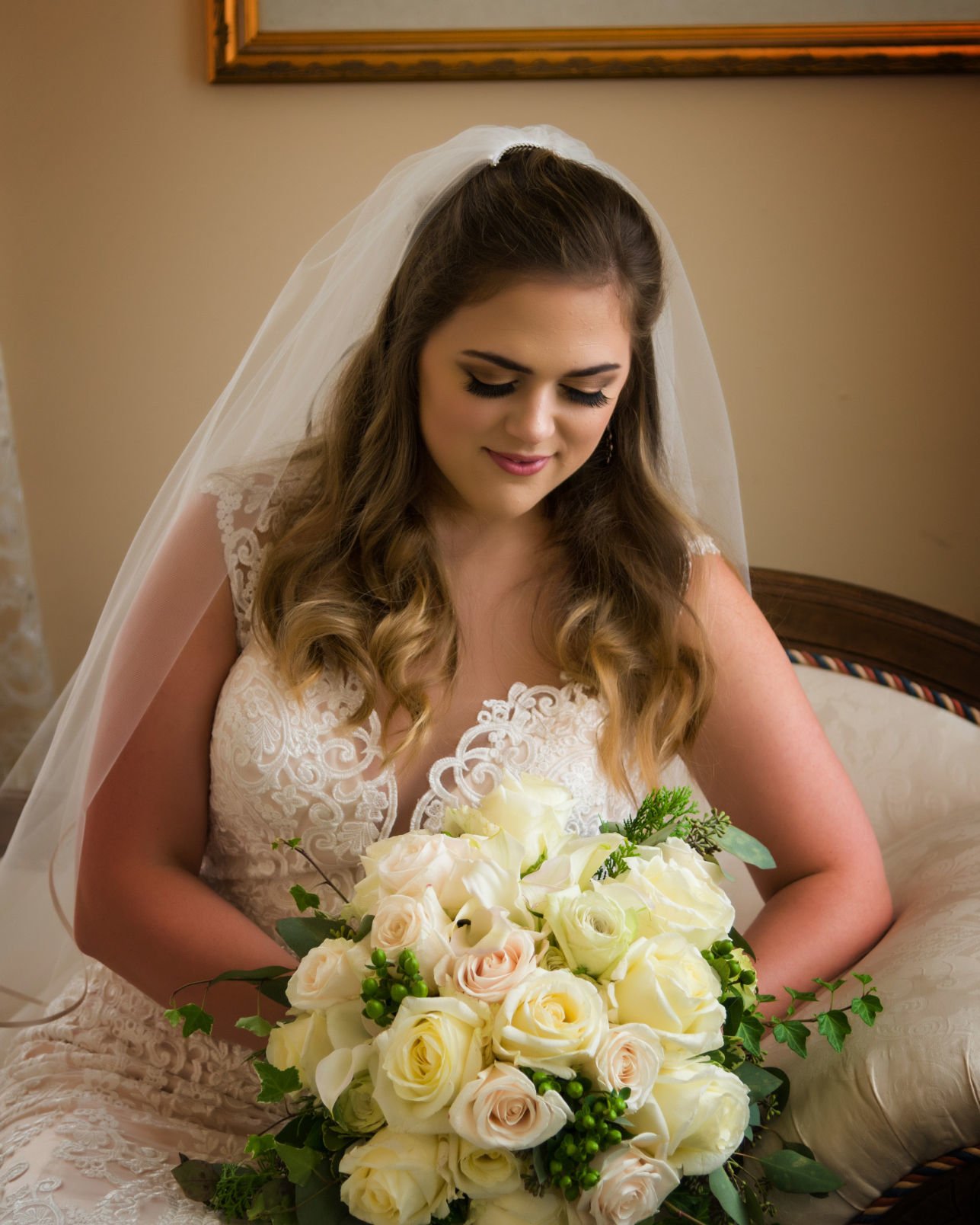 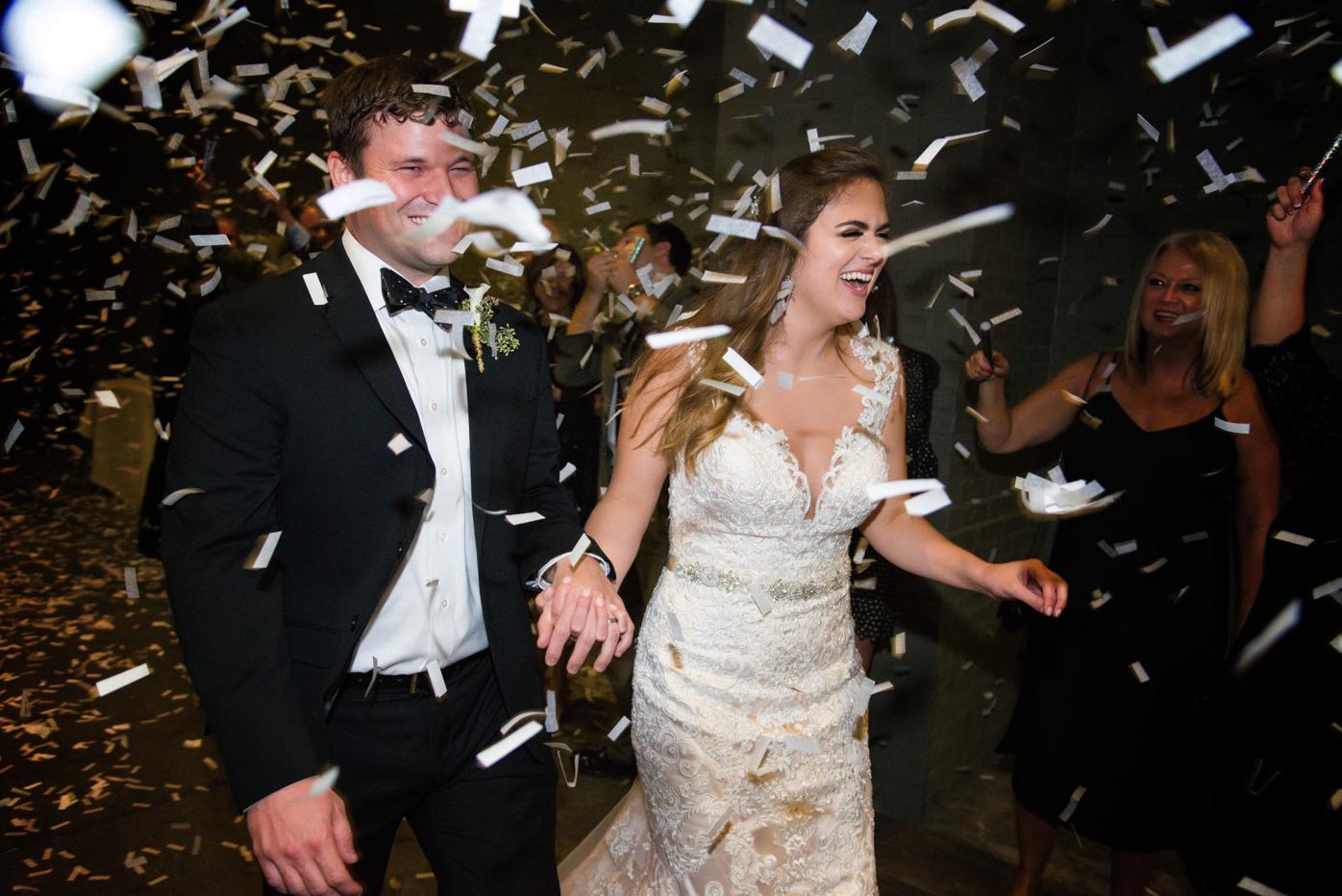 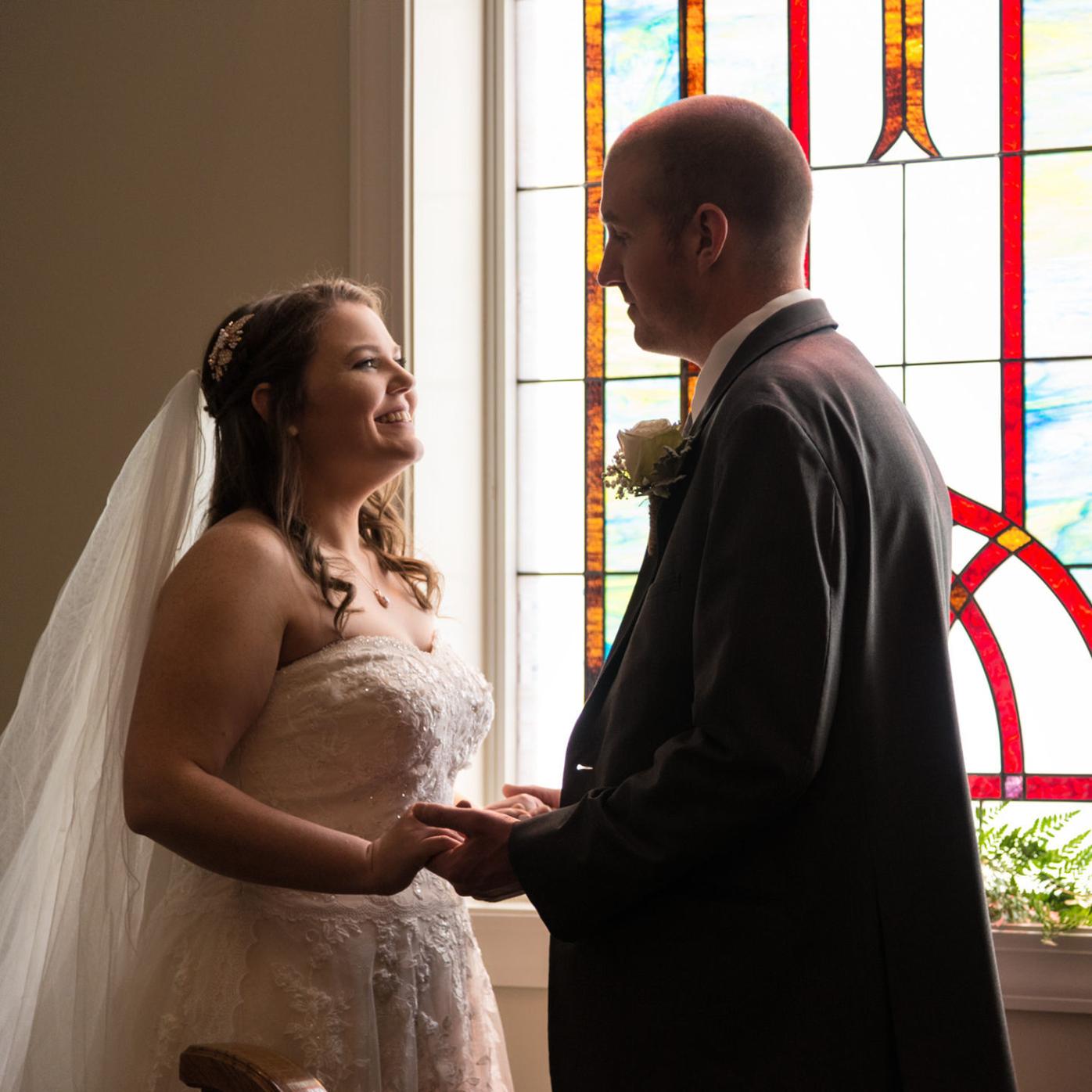 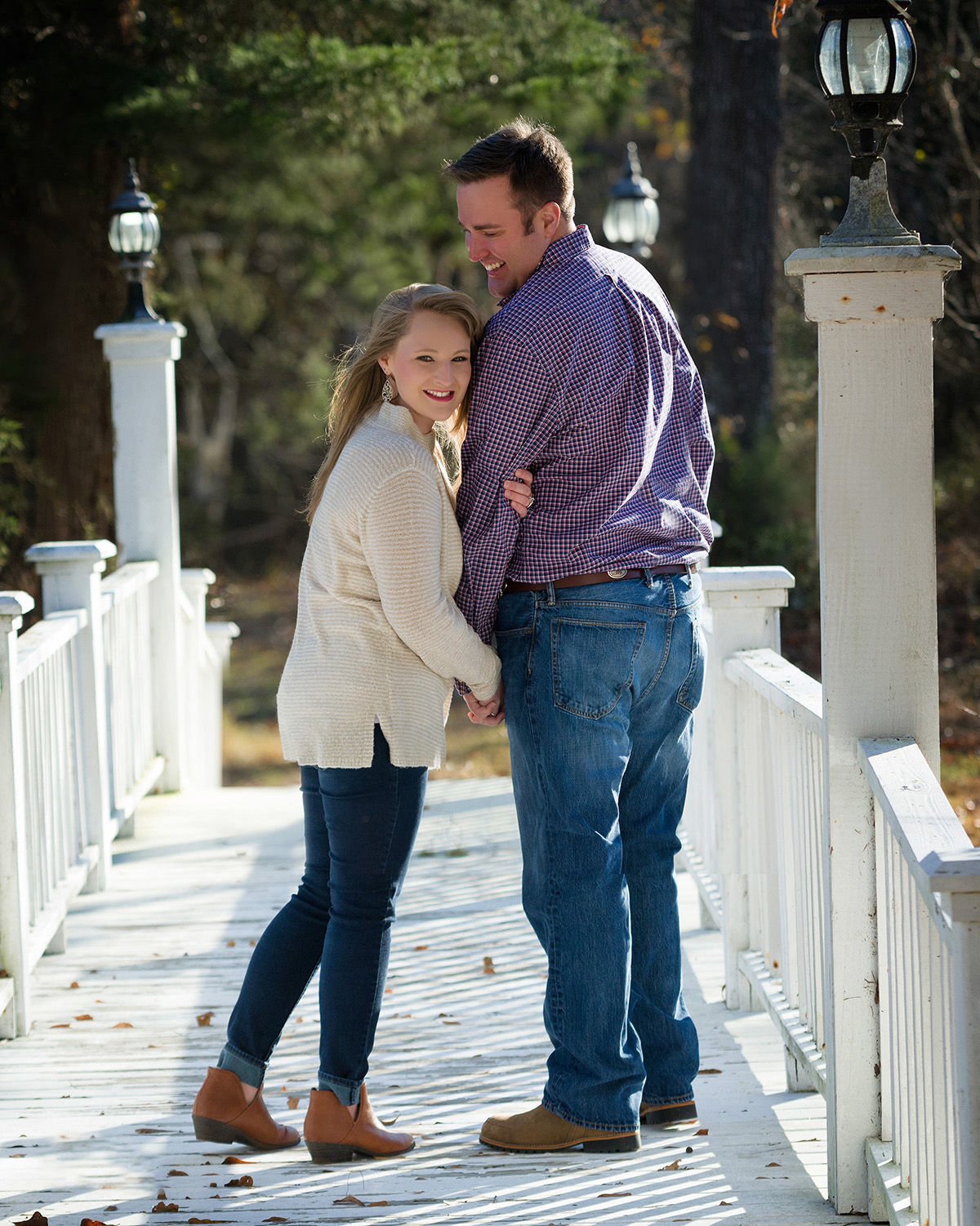 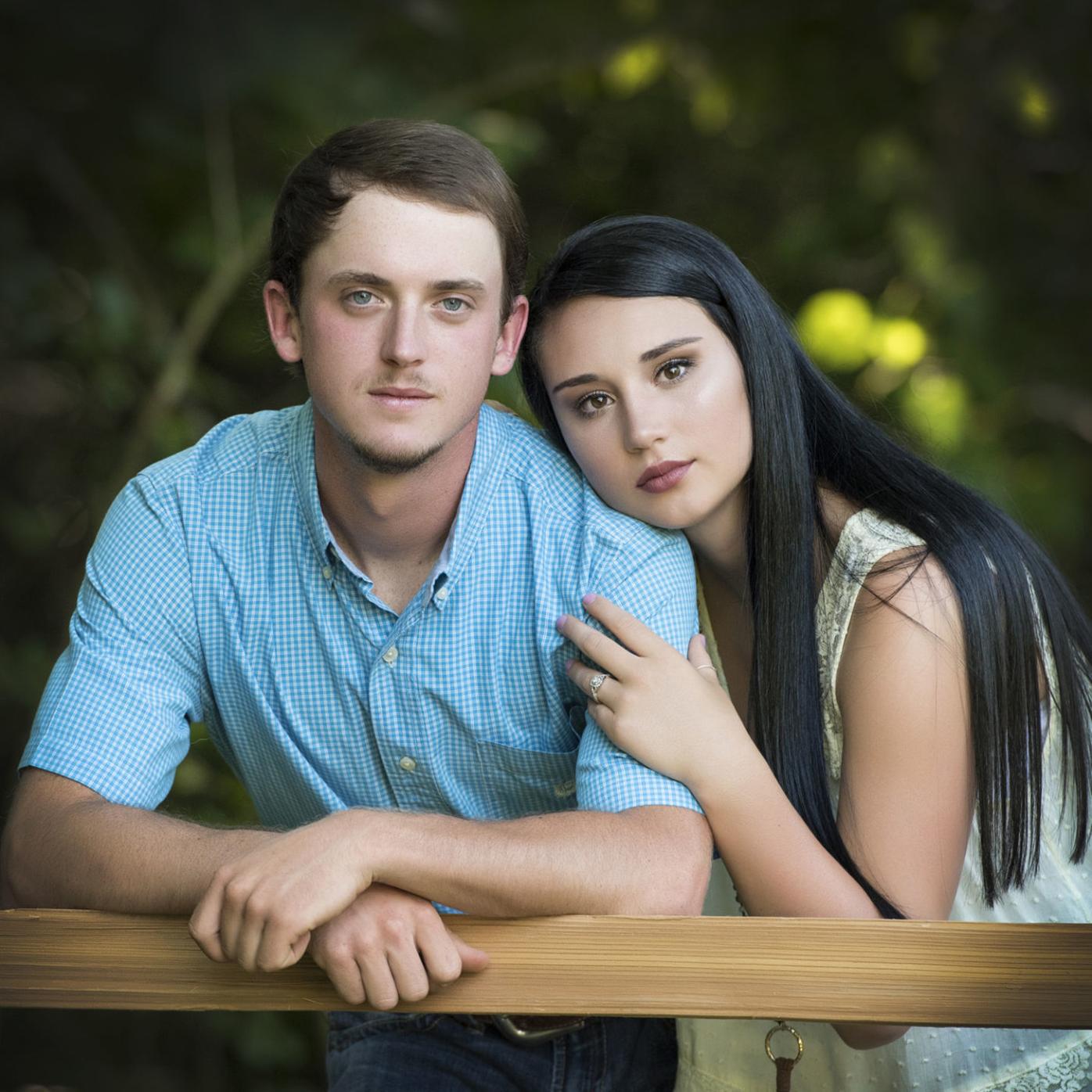 For more than a quarter of a century, Trent Baker has accompanied excited brides during one of the biggest days of their lives, and the images he has captured have become life-long, treasured keepsakes.

“One bit of advice I always give brides, even if they don’t choose to work with me, is that they should be sure to select a photographer they really like,” said Baker, opening the door of his studio, situated on a six-acre plot, on a historical estate named Rosalba.

“The rapport between a bride and her photographer is so important, and she needs to have complete confidence and trust in him,” Baker said. “His performance can make or break a bride’s wedding.”

Baker, 63, walked by a stunning portrait—a lovely, young bride, standing in a breezeway at Old Waverly Mansion, casually holding a bouquet at her waist. Soft, warm light washed over the girl’s graceful neck and shoulders, her eyes drifting left, her serene gaze conveying love and fulfillment.

The moment appeared completely spontaneous, but, as Baker explained, as with any work of art, the portrait required craftsmanship.

“I watch the light closely, and, in that moment, I noticed how nice it was, so I used it,” Baker said.

As a craftsman photographer, Baker incorporates techniques used by classical painters, including the addition or removal of light, posing the subject, and arranging various elements of the composition.

Baker pointed out a nearby portrait. One side of the girl’s porcelain face was fully illuminated. The other side was immersed in soft shadow--except for a triangle of light, just under her left eye.

“The prettiest light comes from the north,” Baker said, noting that his studio, surrounded by wildflowers, rustic, wooden structures, and even a picturesque stream, was oriented to take advantage of the northern light.

Baker cultivates close relationships with brides, and, after the initial consultation, the first photographs he takes are usually at the engagement session.

“That’s an important moment, because I usually meet the groom for the first time, and we continue building that familiarity that’s so important to the whole process,” Baker said.

From start-to-finish, that process takes anywhere from 40 to 60 hours, Baker said. It includes ongoing dialogue about general expectations, in some cases, events leading up to the big day, like rehearsal dinners, as well as planning about how to make the bride’s wedding a seamless experience she will always cherish.

On the day of the wedding, Baker, along with his daughter and assistant, Tracye, spends about 11 hours at the bride’s side.

“We take photos of her dressing and getting ready, as well as a portrait of her and her mother, and all aspects of the wedding, including the reception,” Baker said. “We don’t leave until the bride leaves. We give the bride everything we’ve got.”

Baker also has an important rule of decorum, one he said demonstrates his respect for the sacredness and beauty of matrimony.

“I never accept money at the wedding,” he said. “I’m happy to accept payment before or after the bride’s big day, but never at the event.”

Being part of the biggest day in so many young women’s lives has been an honor, Baker said, helping shape a singular, never-to-be recreated moment in time. He has tried to be thorough but never intrusive.

“I’ll sacrifice a picture for a moment,” Baker said. “It’s a wedding, not a photo session.”

Baker recently worked with a bride whose family was from out-of-town, he said.

“They didn’t know what to make of me, at first,” Baker said. “The grandfather was particularly wary.”

After the long process was complete, after the vows were exchanged and people were celebrating the beginning of the new couple’s life, Baker got an unexpected surprise.

“The grandfather came up and hugged me,” he said.

Baker patted the desk, and laughed.

“If you get a hug from gruff, old granddad, you’ve done pretty good,” he said.

David is managing editor of the Pontotoc Progress.