The Red Sox' Caleb Hobson drives a pitch against Tupelo. 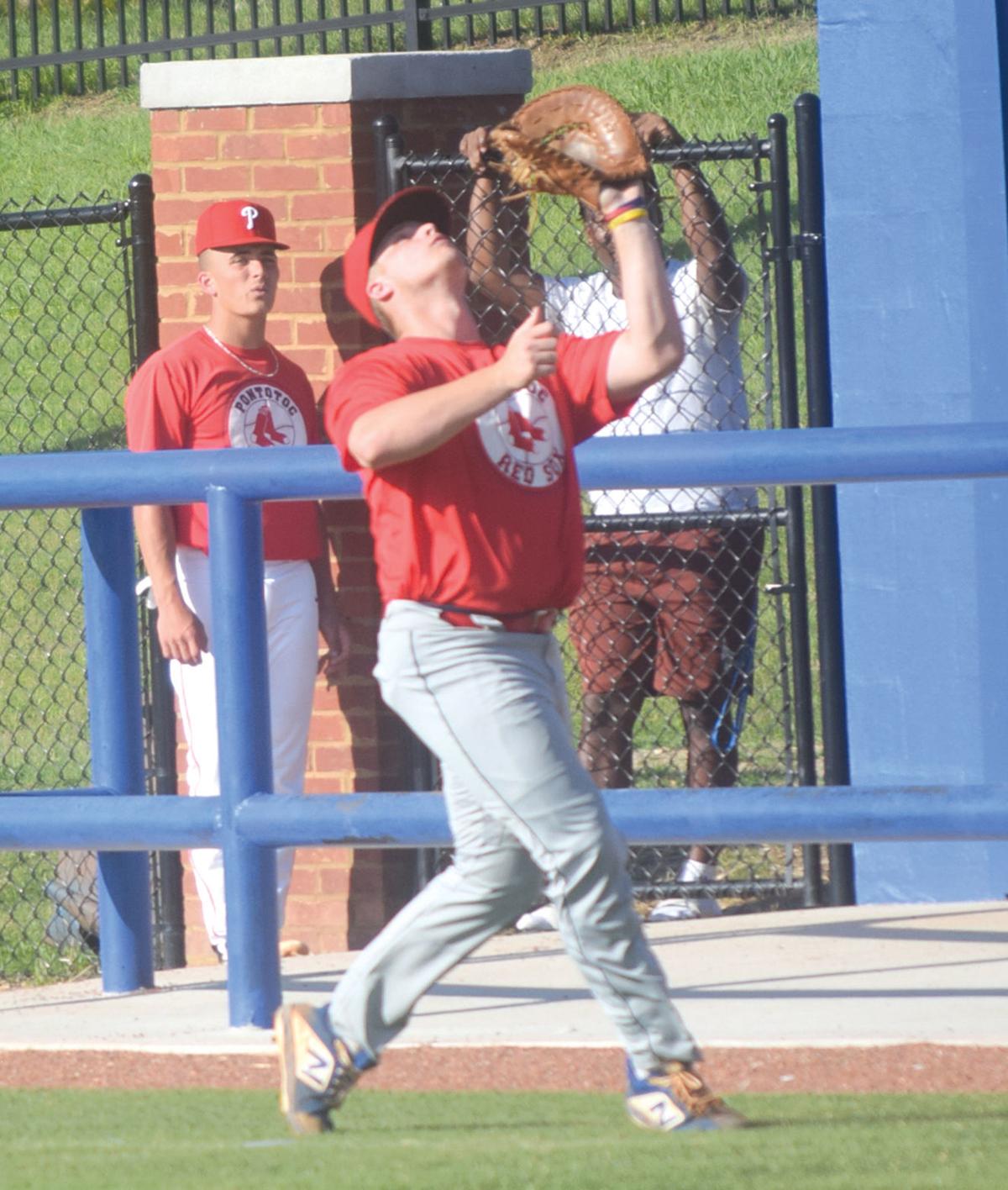 The Red Sox' Caleb Hobson drives a pitch against Tupelo.

TUPELO- The Pontotoc Red Sox improved to 4-2 on the summer after winning three of four games this past weekend at the Tupelo Round Robin.

The tournament got off to a rocky start, as the Red Sox fell 12-0 to the Tupelo 49ers in the first game of a doubleheader last Thursday.

The 49ers plated 8 of their 12 runs on an error, two wild pitches, three bases-loaded walks, and one bases-loaded hit batsman. The 49ers also got a 3-run homer from J.W. Armistead and an RBI double from Stone Collier.

Red Sox coach Nickey Browning said he was still trying to figure out exactly how his pitching staff will look. The Red Sox were much stronger on the mound in the second game of the night, as they bounced back with a 6-3 win to earn a split with the 49ers.

Logan Stewart (Bruce) got the start on the hill and worked 3 1/3 innings, giving up three runs, two earned, on three hits. Micah Johnston (Ripley) entered in the fourth and worked 1 2/3 perfect innings, striking out three batters.

The Red Sox got off to good start with two runs in the top of the 1st inning. Caleb Hobson (Pontotoc High School) led off with a base hit to left field, and Bailey Albritton (Grenada/ICC) followed by drawing a walk. Hunter Coleman then legged out an infield single to bring home Hobson. Albritton and Coleman advanced to second and third base on a wild pitch, and Peeko Townsend (Pontotoc High School) made it 2-0 with an RBI single into shallow right field.

Tupelo got on the board in the bottom of the second inning. A leadoff base runner resulting from an error came around to score on a hit by Caleb Goddard, cutting the Red Sox' lead to 2-1. The 49ers later got runners to second and third, but Stewart ended the inning by striking out Grayson Stone looking.

The Red Sox' bats added three more in the 3rd. Albritton started things off with a base hit. Townsend singled up the middle with one out, and Ty Roberson (North Pontotoc) produced an RBI single to score Albritton. Roberson was thrown out trying to stretch the hit to a double. Channing Lackey (South Pontotoc) then stepped up to the plate and smacked a two-run home run over the right field fence, giving the Red Sox a 5-1 lead.

Tupelo cut the deficit to 5-3 on a two-run double by Bowen Carlock in the bottom of the 4th. Johnston then relieved Stewart and struck out the next two batters to keep the two-run lead intact for Pontotoc.

The Red Sox added a run in the top of the 5th on an RBI single from Roberson to go up 6-3, and Johnston retired the side in order in the 49ers half of the 5th to close out the win.

"I am trying to find out who can throw strikes, and I was real aggravated at them about how we batted in that first game," coach Nickey Browning said. "But this win will help us a lot, beating Tupelo, because they are loaded. I was proud of them tonight. We just have to get everything together, and we will be fine."

The Red Sox' pitching rebound continued the rest of the weekend. After picking up an 8-4 win over Tuscaloosa, Alabama on Friday night, Pontotoc shut out the North Mississippi Indians 4-0 on Saturday morning.

Hunter Coleman led off the top of the 2nd inning with a triple, but he was caught stealing home during a double steal attempt and Pontotoc was left empty handed. Logan Stewart hit a single and Caleb Hobson (Pontotoc High) bunted on to lead off the top of the 3rd inning. Ty Roberson (North Pontotoc) then drove in Stewart to give the Red Sox a 1-0 lead.

Blayne Clark (Water Valley) pitched well for the Red Sox. He allowed one hit, walked two, and struck out five in three innings. McGreger Lee extended the Red Sox' lead in the 4th inning with a 2-run home run to make it 3-0. Hunter Coleman finished off the Indians with a solo home run in the top of the sixth inning. The game was called due to time-limit after the top of the 7th inning. Micah Johnston surrendered a hit, a walk and struck out six while picking up a 3-inning save in relief for the Red Sox.