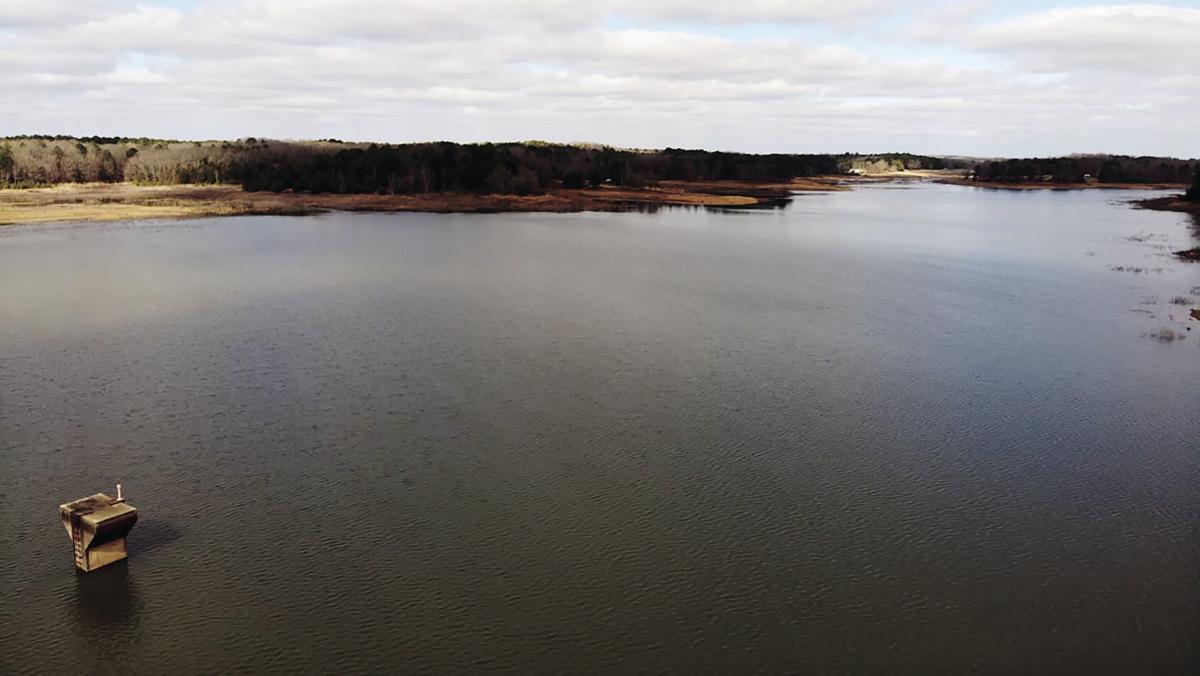 Thanks to more than 22 inches of rainfall since November 2019, the water level continues to rise in the 600 acre lake at Trace State Park. Repairs to the southeast section of the levee were completed in early November. This is the skiing side of the lake. 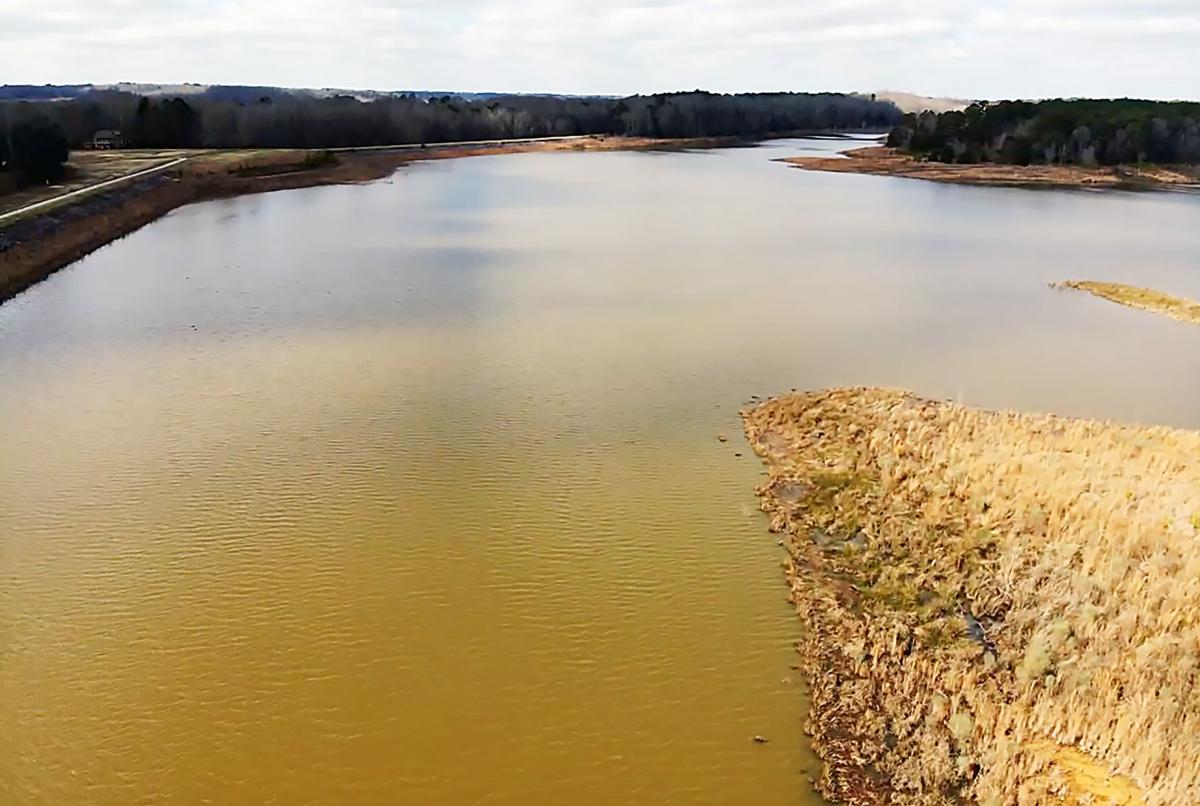 Water levels are also rising on the western section of the lake where folks fish. Park officials are optimistic that some fishing may resume in May if the lake fills. The fish population will be tested late February into April.

Thanks to more than 22 inches of rainfall since November 2019, the water level continues to rise in the 600 acre lake at Trace State Park. Repairs to the southeast section of the levee were completed in early November. This is the skiing side of the lake.

Water levels are also rising on the western section of the lake where folks fish. Park officials are optimistic that some fishing may resume in May if the lake fills. The fish population will be tested late February into April.

Dam repair at Trace State Park in eastern Pontotoc County was completed by mid-November and thanks to lots of rainfall over the past two and a half months the water level continues to rise in the 600 acre lake.

“We’re tickled that the water level is coming up as quickly as it is,” said Larry Pugh, Fisheries Bureau Director of the Mississippi Department of Wildlife Fisheries and Parks.

“We’ve already got water in front of the main boat ramp, you can’t launch a boat yet, but it’s getting there,” Pugh said. “If the winter rains continue as the forecasts are predicting and the spring rains come as they normally do, we may have a full pool by May.”

After four years of no fishing or skiing at Trace State Park, work began in July 2019 to repair the collapsed southern levee. The eastern (skiing side) half of the lake was completely drained for the levee repair, but the western (fishing side) side of the lake retained low levels of water and a fish population.

Pugh said he’s still cautiously optimistic that at least limited fishing and skiing may resume by summer time, but he emphasized that depends on water level continuing to rise and favorable results from fish testing in the coming months.

“We’ll start evaluating the fish population probably in late February and that will probably be a two month process through March and early April,” Pugh said.

“Once we have good idea of fish abundance, including each species out there and size structure, we will formulate a plan as far as opening the lake,” he said. “And it’s possible we’re looking at some pretty restrictive regulations on fishing, but we won’t know for another three months.”

“When we restock with fingerlings we usually wait two years, but this is different because we have adult fish in the back lake (the west fishing side) and we’ve never been down this road before.”

Clearly I hope we can move forward with reopening, probably early summer, May or so. That’s our goal.”

“There are going to be expectations out there (fishing wise) when we re-open and I want to meeting those expectations when people come out to fish, but we won’t know where we stand until we have chance to evaluate the fish population.”

“We want the adult fish out there to spawn before we start putting any pressure on them, we’re talking March and April with the spawning. Your bass and crappie will spawn March, early April and then red-ear, blue gill and what catfish are there will reproduce in late April and May.”

“We need to know what fish population looks like first and then we’ll come forth with a date to open and a plan for the regulations we’re going to put in place.”

“We’re going to have to be very protective. These fish are going to be extremely vulnerable because they’re dumb when we first open for fishing.”

Pugh said that opening the lake will include a big youth day of fishing so that kids get first shot at the lake.

“That model has been good for us, it gives kids a chance to get out there and catch dumb fish before everybody else puts a lot of pressure on them. That gives the kids a really fun day. I’m partial to that plan, but remember, things have got to come together before we’ll know for sure.”

Pugh said he’s anxious to see what the test results on the lake disclose.

“We’ll be doing electric fishing samples , collecting those fish, a timed run and separate by species,” he explained. “We’ll get length and weight and then release those fish. We want to see what condition the fish are in, how fat they are.”

“I’m excited because we’ve never had a situation before where a lake drained but we had a population adjacent on another side.”

“This is perfect timing because of all the flooded vegetation that is out there. The fish population will expand, it’s perfect spawing conditions, they’ll have a place to hide , plenty to eat. I feel the population will really take off in 2021.”

Regardless of when the lake reopens, regulations will error on the side of caution and protection.

“When we re-open it may mean catch and release on bass. But if it means we can go fishing and just not keep the fish, I feel most fishermen will be able to handle that. The regulations we put in place will be for a reason and we’ll be cautious, but they will not be permanent. Next year and 2022 will be the best years we’ve ever seen.”

Once the lake fills up, Pugh said he’s also optimistic that skiing will resume.

“If we can safely launch to fish we should also be able to ski,” Pugh said. “We’ll look at all vegetation at full pool. We’ve eliminated the willow trees and that was our biggest concern. If we need to we’ll have a smaller ski area at first.”