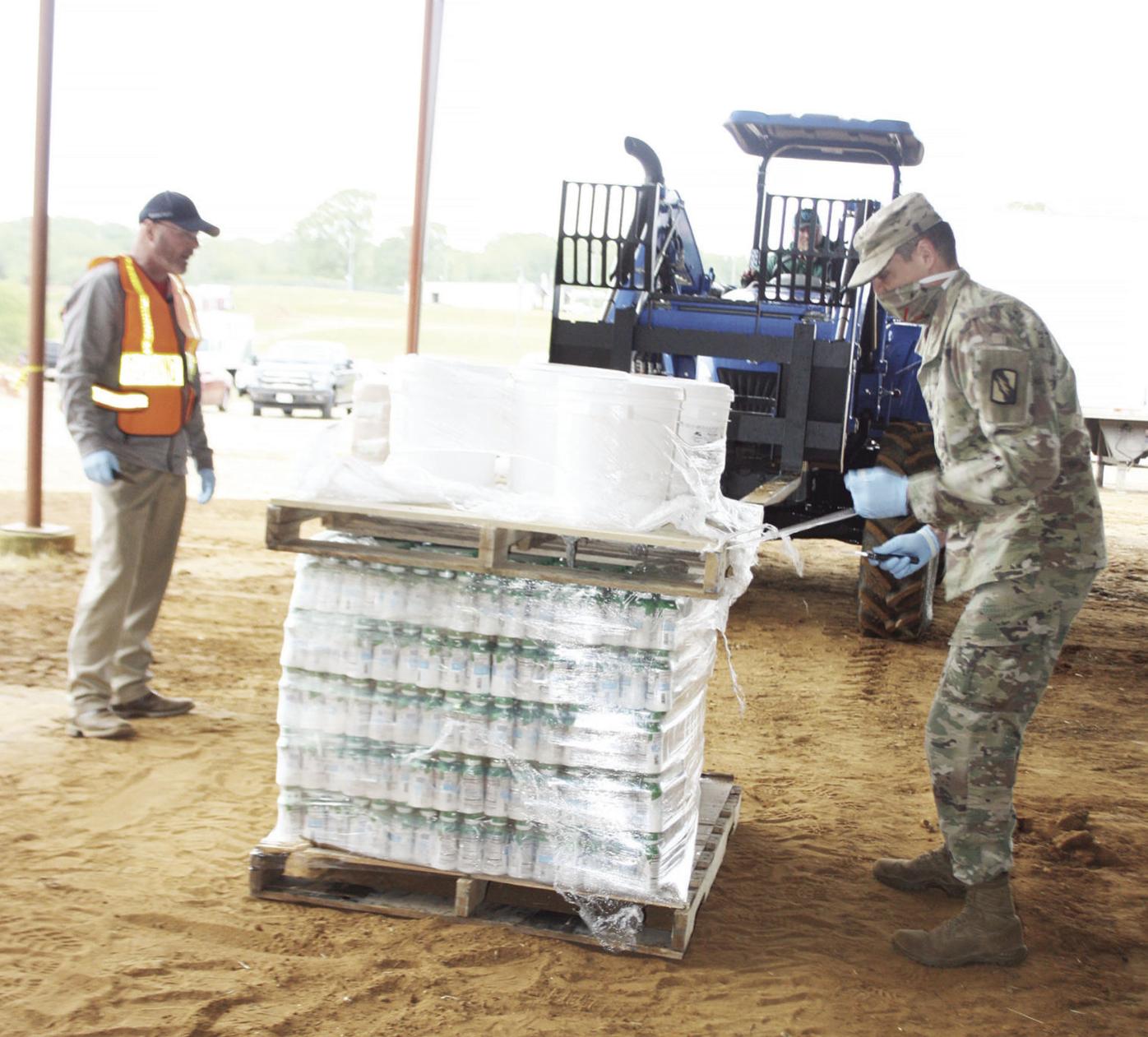 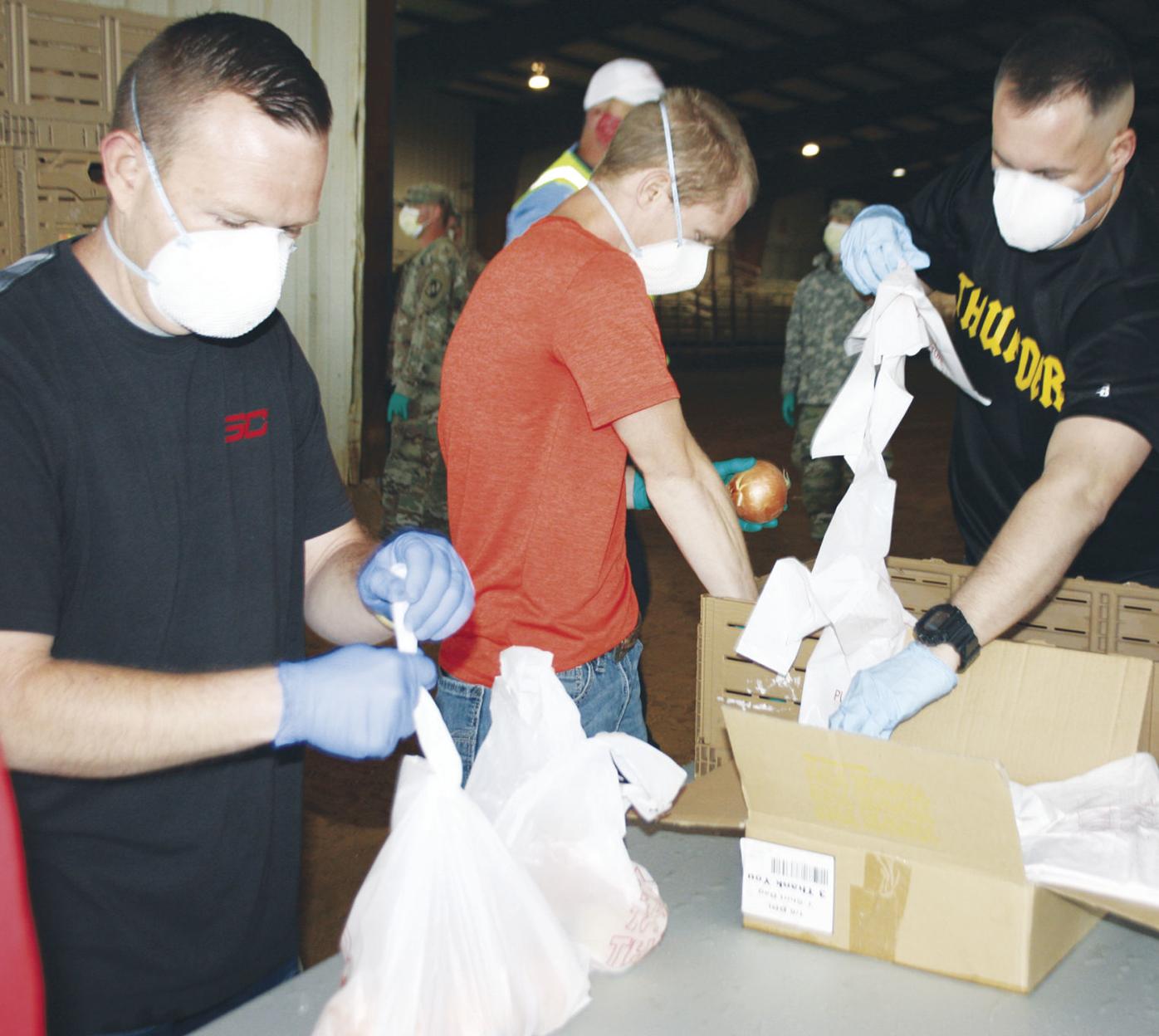 Toyota associates and members of the National Guard bag onions for the distribution. 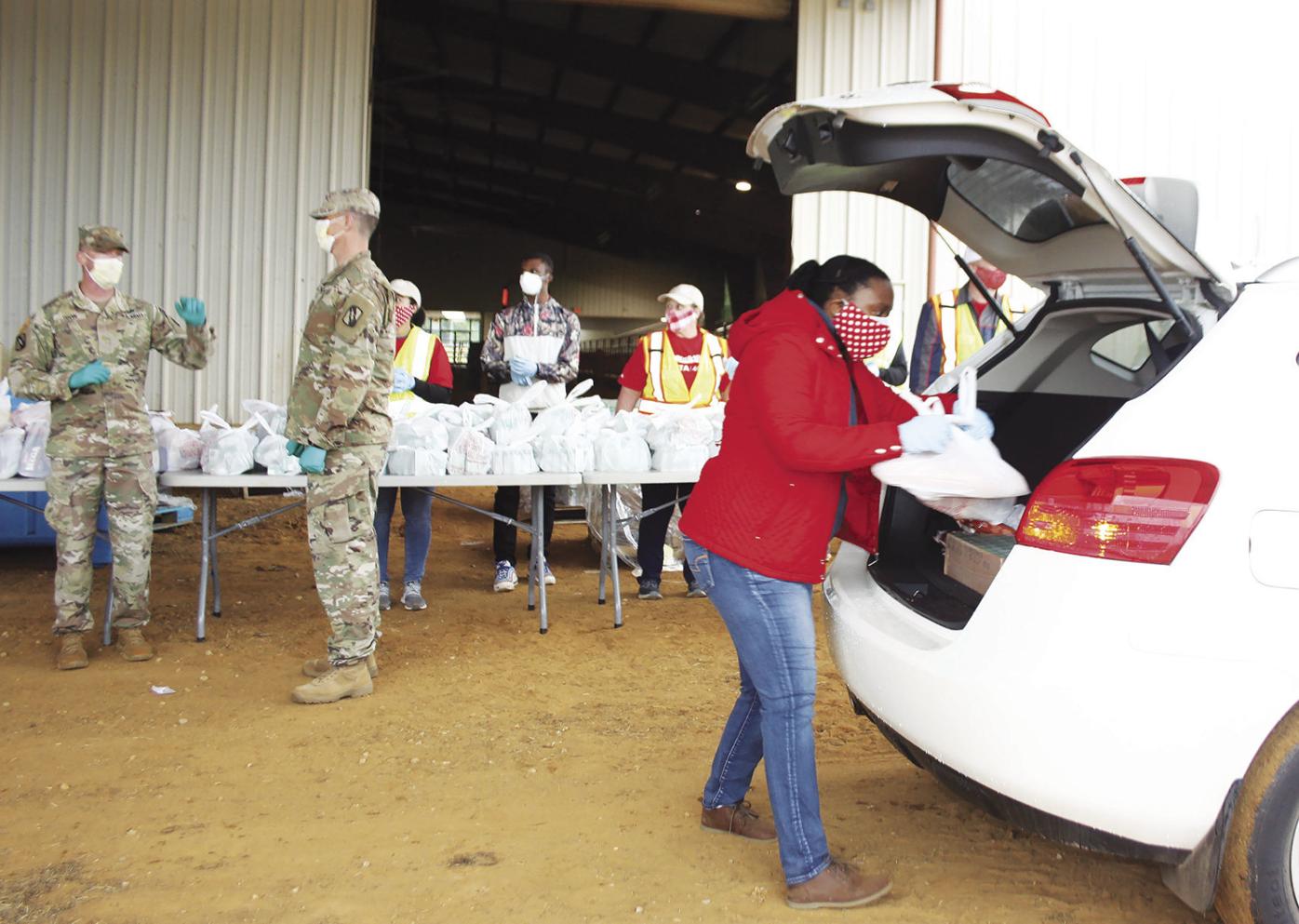 A Toyota associate places a bag in the trunk of a car while others in background wait on other cars to come through the line.

Toyota associates and members of the National Guard bag onions for the distribution.

A Toyota associate places a bag in the trunk of a car while others in background wait on other cars to come through the line.

The rain came, but the people still sat out in the parking lot in their vehicles waiting on their turn to pull up under the back awning of the Pontotoc County Agri-Center to receive some food. The Covid-19 pandemic has thrown a lot of people out of work for a bit and created a need for food.

Toyota of Mississippi gave away food to 500 families at the Pontotoc Agri-Center last Wednesday as some 200 vehicles waited in line for their turn to pick up foods like fresh potatoes, frozen foods and boxed juices.

A Toyota volunteer said there were 10 vehicles in the parking lot waiting when she rolled in at five that morning.

But the process of getting the food to the families was no easy feat. Those who came could collect for up to three families, and they had to bring some kind of bill proving residency.

There were 40 volunteers from Toyota of Mississippi at the site and 20 National Guard men and women as well as law enforcement officials from the County and the city on hand to keep the day organized and orderly.

Toyota’s Talent Development group leader John Paul Blaylock was on hand to direct the organization of the pallets of food under the awning at the Agri-Center. He was amazed at the support from the county that they received. “The county workers here are very helpful.”

Kevin McGregor, director of the Agri-Center said he was glad that the county has a facility that can be used to organize something like this and keep people in the dry. He was busy unloading the pallets of food with a forklift and setting them on the ground in under the shelter.

“We are glad be a part of helping those people in need,” he said. “That’s what this facility is all about, being able to support whenever there is a need in the community.”

McGregor said that Pontotoc county has special people in it that are ready to help. “I received calls all week from people asking if they could come help us give the food away, and I had to tell them that it was being coordinated by Toyota employees. It is their show, I’m just here to help with having the facility open and ready for them.”

Toyota employees volunteered in Lee, Pontotoc and Union counties to give away the food to needy families across the region who are out of work due to the pandemic.