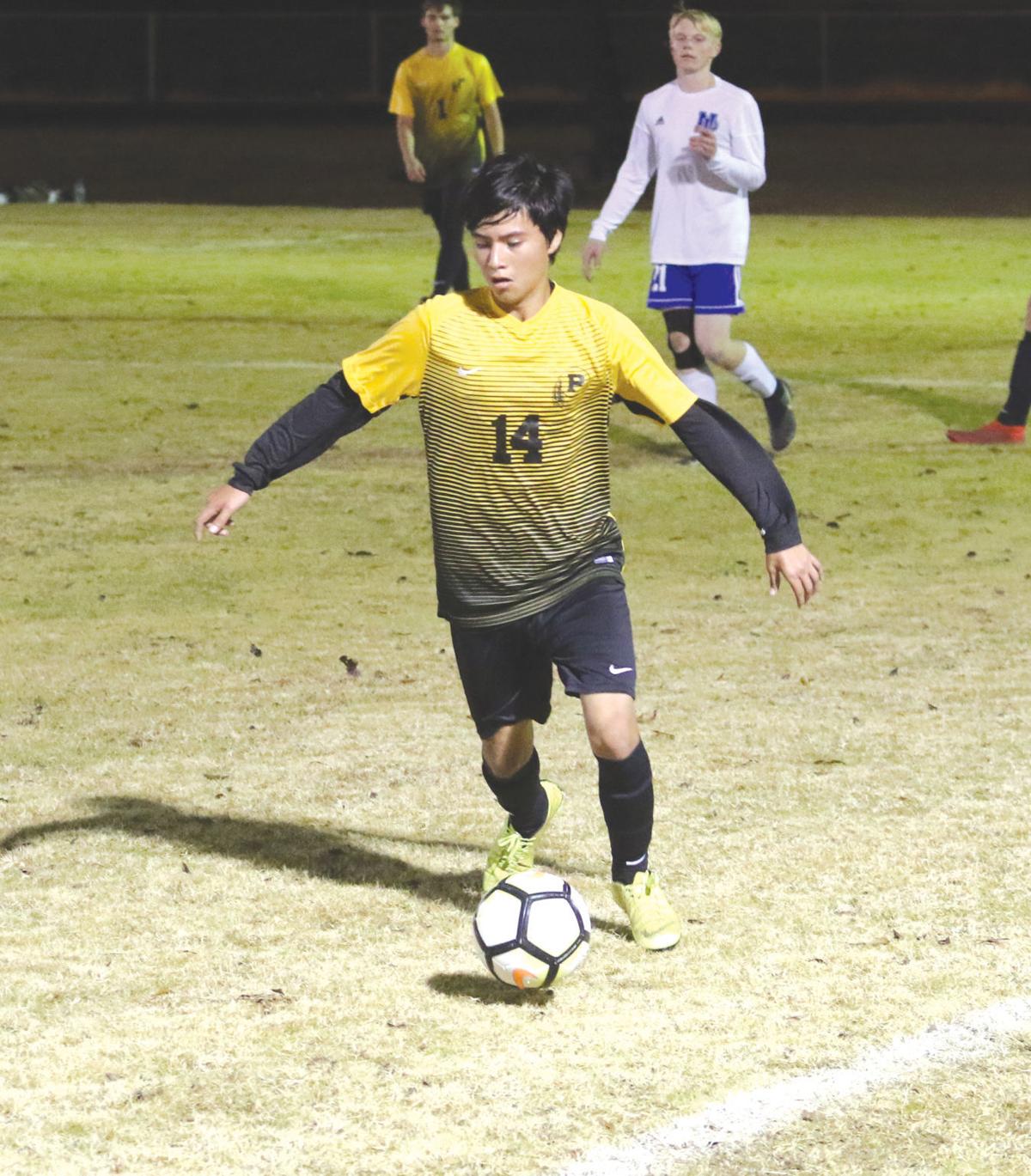 Pontotoc's Enrique Mendoza looks to move the ball out of his team's end of the field during the Warriors' victory over North Pontotoc. 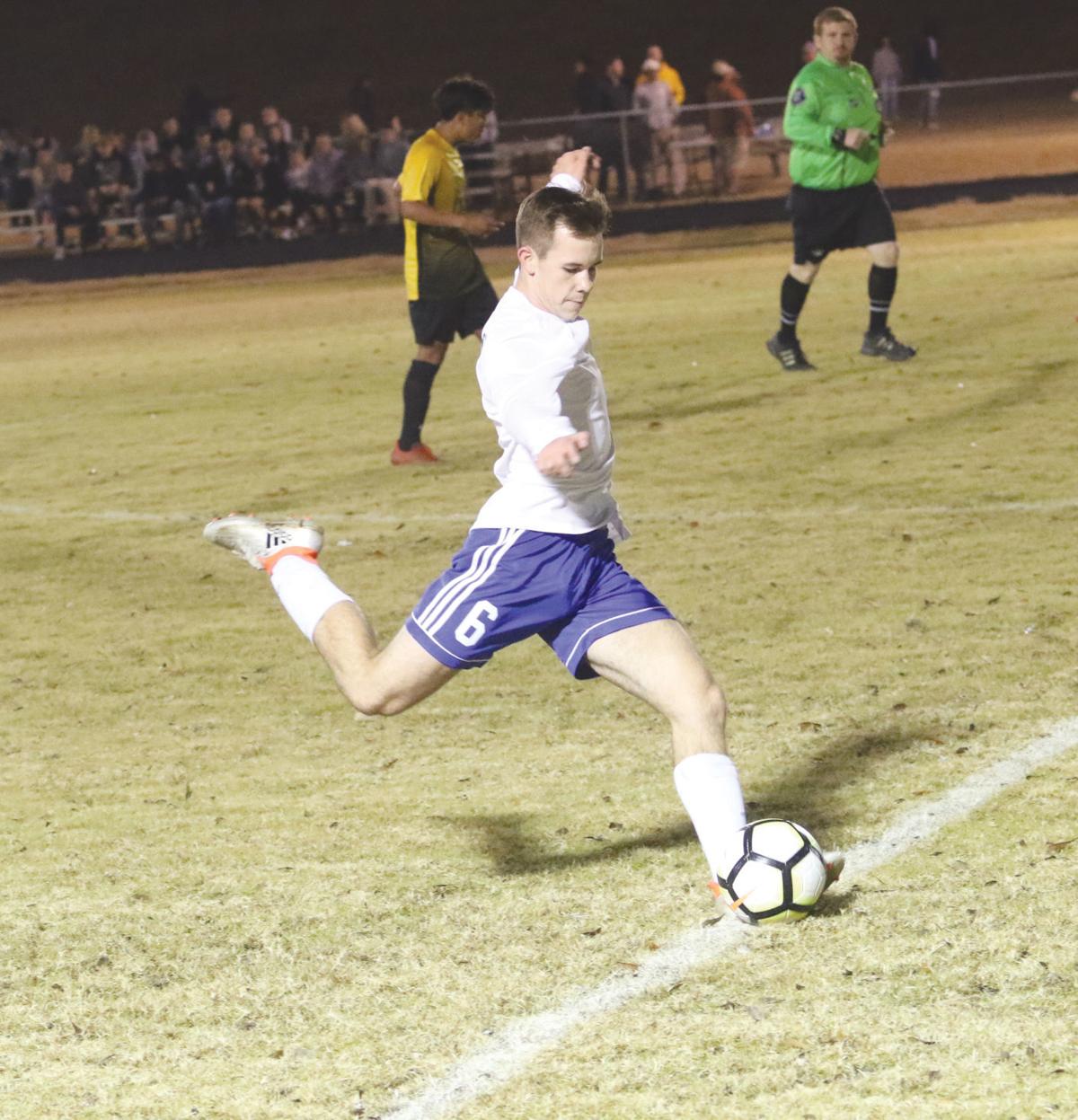 North Pontotoc's Hayes Malone launches a kick downfield in the first half against Pontotoc.

Pontotoc's Enrique Mendoza looks to move the ball out of his team's end of the field during the Warriors' victory over North Pontotoc.

North Pontotoc's Hayes Malone launches a kick downfield in the first half against Pontotoc.

PONTOTOC- The Pontotoc Warriors topped North Pontotoc 6-0 at home on Thursday night in rivalry soccer action. With the win PHS climbed back above .500 on the year as they prepared to finish out their pre-Thanksgiving schedule over the weekend.

Pontotoc controlled possession most of the game, and they grabbed all the momentum with a flurry of offense in the first half. In the 11th minute Alan Morales found Brayden Arratia, who finished a run to the goal with a netter. Just a minute later, Morales scored himself off of an assist from Robert Ramos for a 2-0 lead. Ross Mathews found the back of net in the 18th minute, and Spencer Bass took advantage of second chance ball deflected by North's goalkeeper for a score that put Pontotoc up 4-0 in 31st minute. That score held until halftime.

In the 47th minute Morales and Arratia combined again for a goal, this time Morales being the recipient of an assist from Arratia. Soon after Morales completed a hat trick with his third goal of the contest for the final margin, assisted by Mathews.

Head coach Tyler Moore liked what he saw from the Warriors, who had dropped a four straight competitive games to good teams before last week.

"I felt like tonight was our best team game," Moore said. "We played together, moved the ball together. We played very unselfish.

"Our energy was the difference. Regardless of whether something good or bad happened we played with the same energy. We did not let circumstances dictate how we approached each and every minute of the game."

Last Monday the Warriors got back in the win column by defeating Nettleton 7-1. Arratia led the team with a 3-goal performance. Bass and Mathews scored twice, with Mathews recording a pair of assists as well. Miles Galloway and Morales also had two assists, with Enrique Mendoza assisting another goal.