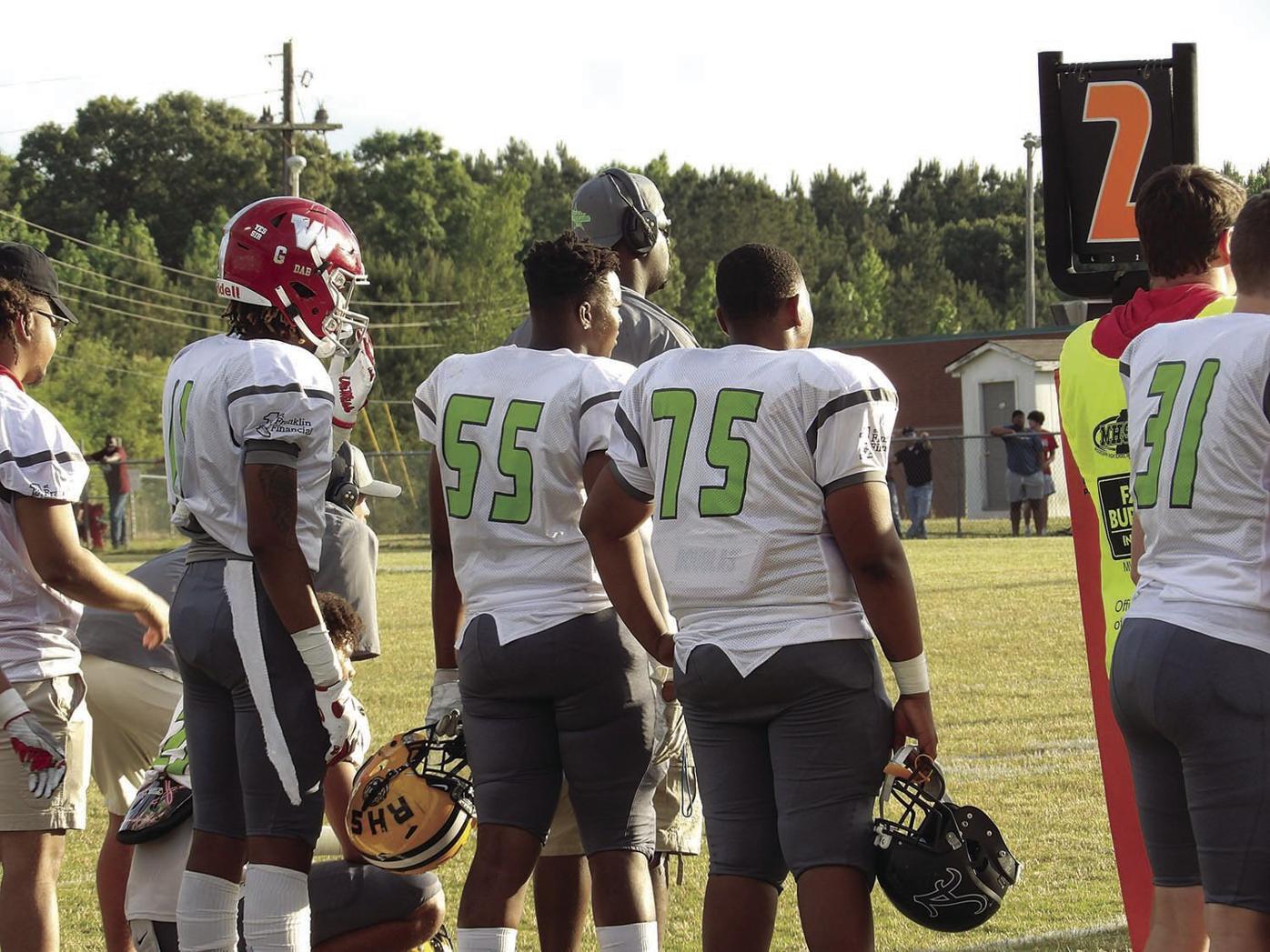 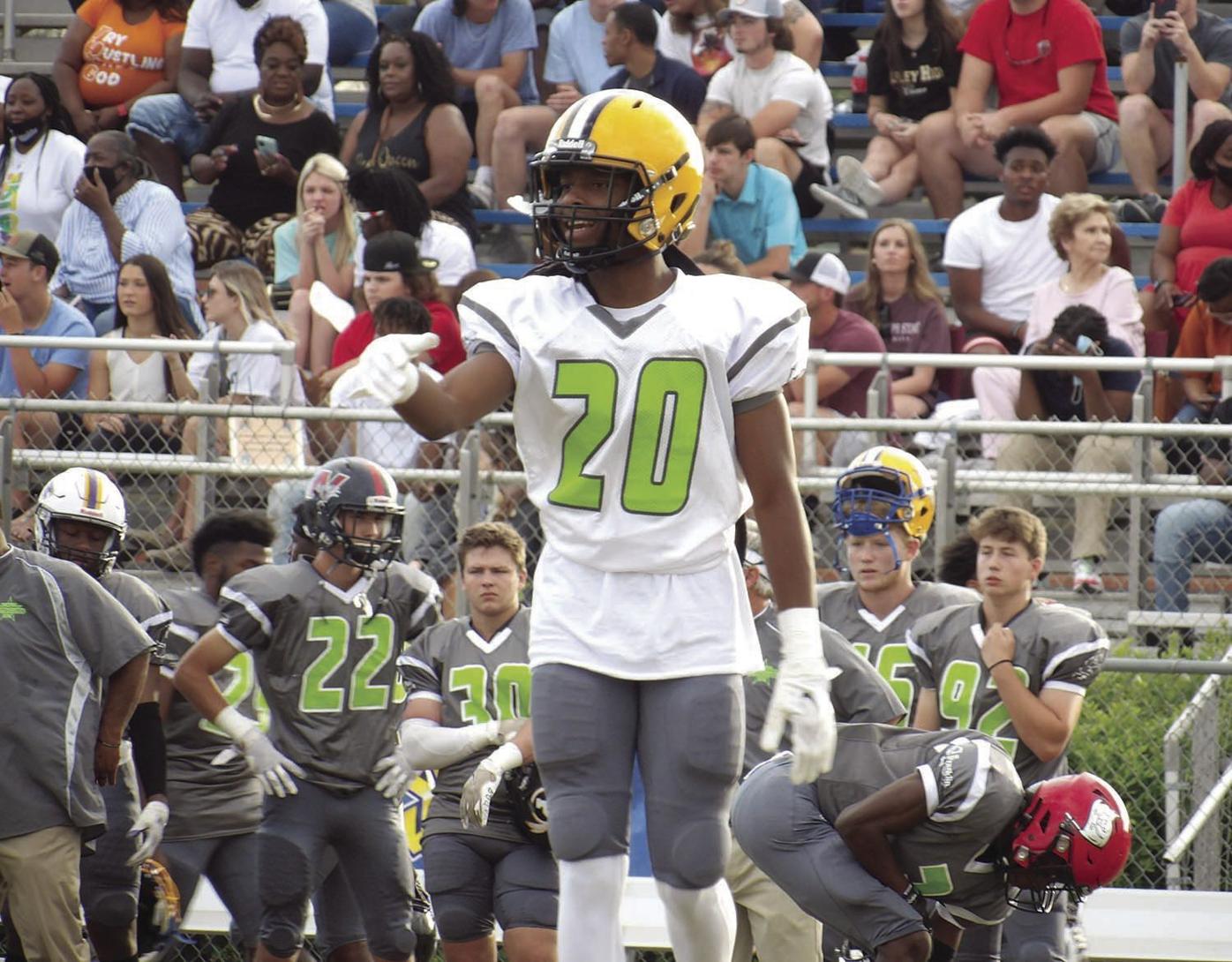 Ripley's Sentavius Hunt communicates with his teammates on the play. Hunt had a game-sealing pick-six in the fourth quarter of the NEMFCA All-Star game.

Ripley's Sentavius Hunt communicates with his teammates on the play. Hunt had a game-sealing pick-six in the fourth quarter of the NEMFCA All-Star game.

SALTILLO • Ripley, Walnut, Falkner, and Ashland were well represented in the 2021 NEMFCA All-Star Game, as several area football players from the four schools competed for the North team in their 29-13 victory over the South in Wednesday’s contest.

Ripley’s Sentavius Hunt, Shaundell Carter, and Caleb Leatherwood represented the Tigers in the All-Star Game, helping the North team’s defense to pitch a second half shutout of the South team. With Leatherwood at defensive end, Carter at linebacker, and Hunt in the secondary, all three were instrumental in the North team’s second-half defensive showing. This showing was highlighted by a Hunt 41-yard pick-six late in the fourth quarter that sealed the game for the North.

Falkner’s Zion Grizzard also contributed to the North’s defensive showing, getting snaps in at linebacker, as well as special teams.