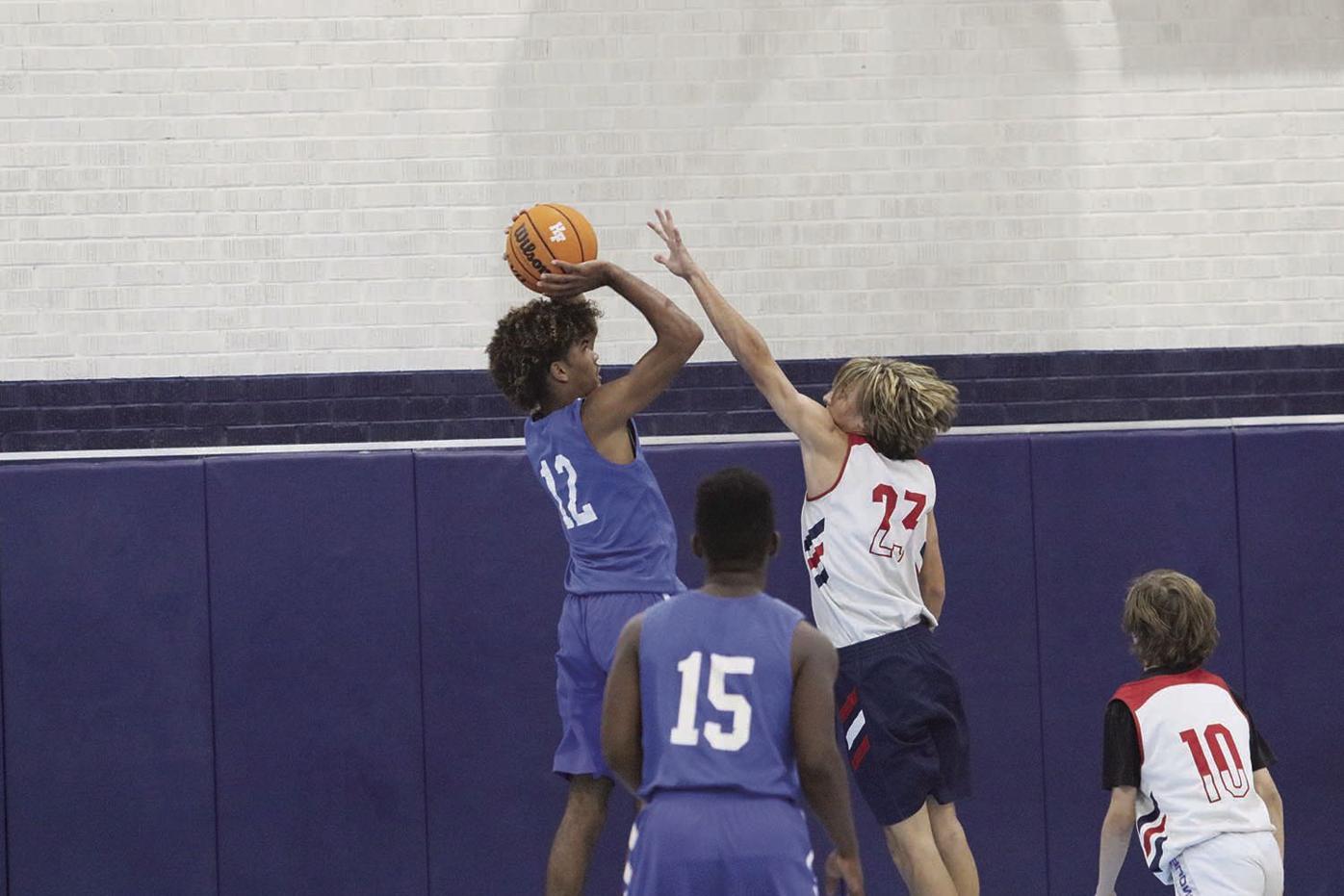 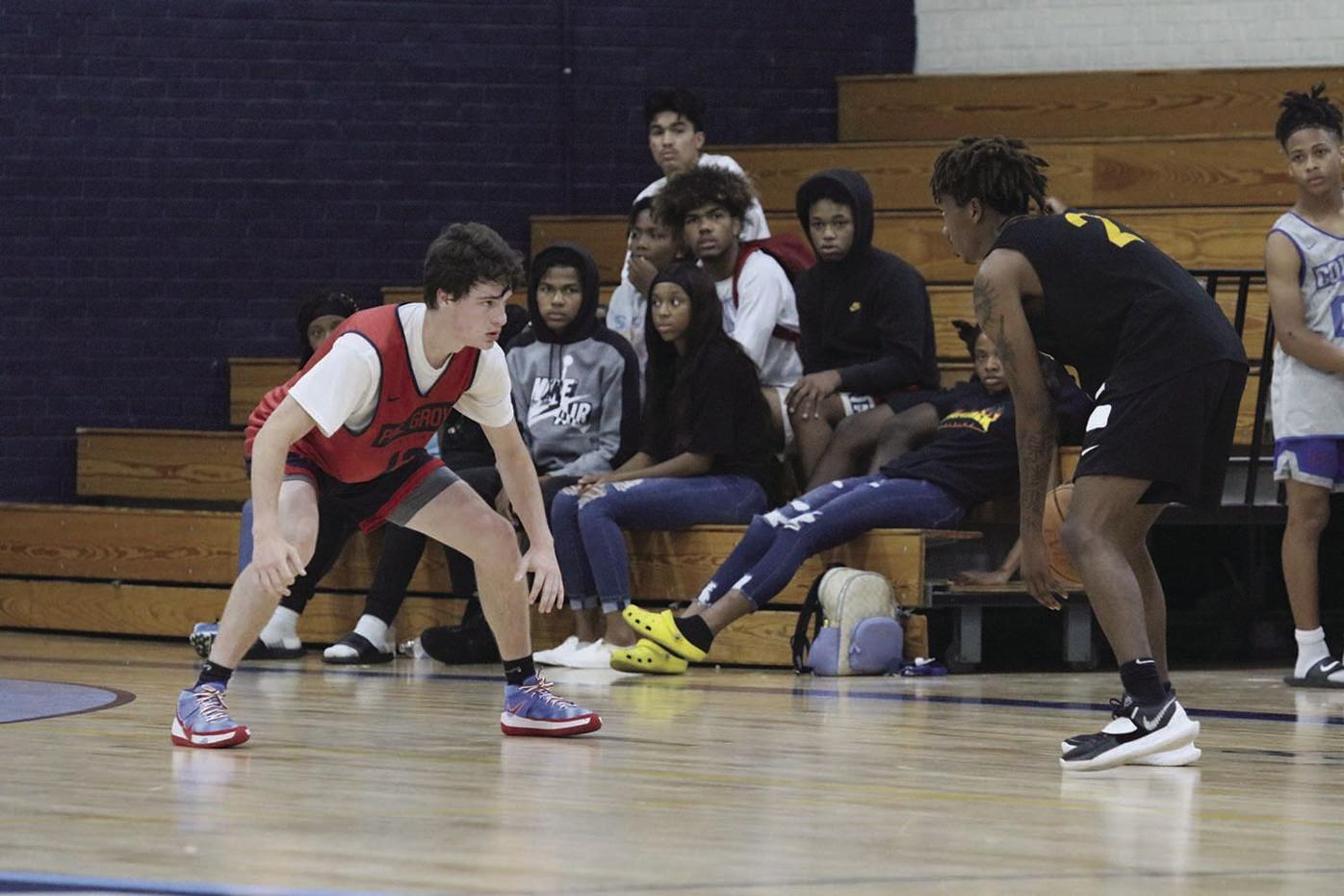 Blue Mountain – The Blue Mountain, Hickory Flat, and Pine Grove high school boys basketball teams got their first stretch of summer play in preparation of the 2021-2022 season on Tuesday when they made their way to Blue Mountain College, where the college hosted these three teams, along with several other local teams, for a High School Basketball Challenge.

Both variety and junior varsity teams for each school got an opportunity to see where their respective squads measure up, getting reps in a competitive environment while working out early offseason kinks. For every game, teams played a pair of 20-minute halves with a running clock, only stopping in the final minute.

Hickory Flat and Blue Mountain’s varsity squads squared off in the day’s first contest, and while neither coach Zach Carnell’s Rebel team nor coach Joe Dan Roberts’ Cougar team had a full complement of players expected for the upcoming season, both teams were led by experienced guards who set the pace in Blue Mountain’s Jaden Hall, and Hickory Flat’s Logan King.

“Only had two starters here today, so I felt like I got to see a lot of good things from some guys that may not have had the opportunity to do those things,” Coach Carnell said. “One of our main things this summer is to improve on man-to-man defense, and I felt like we did a lot better on that. It’s good to come back to Blue Mountain and play in some competitive games, and I think if we keep it rolling, we’ve got a good season ahead of us.”

Later on in the day, Pine Grove arrived for a handful of games of their own, fielding a squad of experienced players getting some of their first competitive action of the summer, including Carson Rowland, Jack Hudson, and Keaton Wilkerson. These players, along with several new faces on both the varsity and junior varsity squads, played against a pair of Memphis-area schools in MAHS as well as PCA, getting back into the swing of things on the court after several players wrapped up a deep postseason run in baseball.

“It was about what I thought it would look like,” Pine Grove coach Jake Walker said. “I’ve had five guys in the gym while everyone else was at baseball, with those guys getting back a week or so ago. A little rusty, not quite in basketball shape, haven’t shot the ball well, but that’ll come with them being in gym and getting back through the summer. I felt like we had some guys do some good things and step up. Guys are growing up for me a little bit, still got some roles to fill. Long summer ahead of us to get better and improve on a lot of stuff.”

Blue Mountain College will once again host a summer basketball challenge next week, June 7, as well as later in the month on June 19, this time for the girls’ teams.