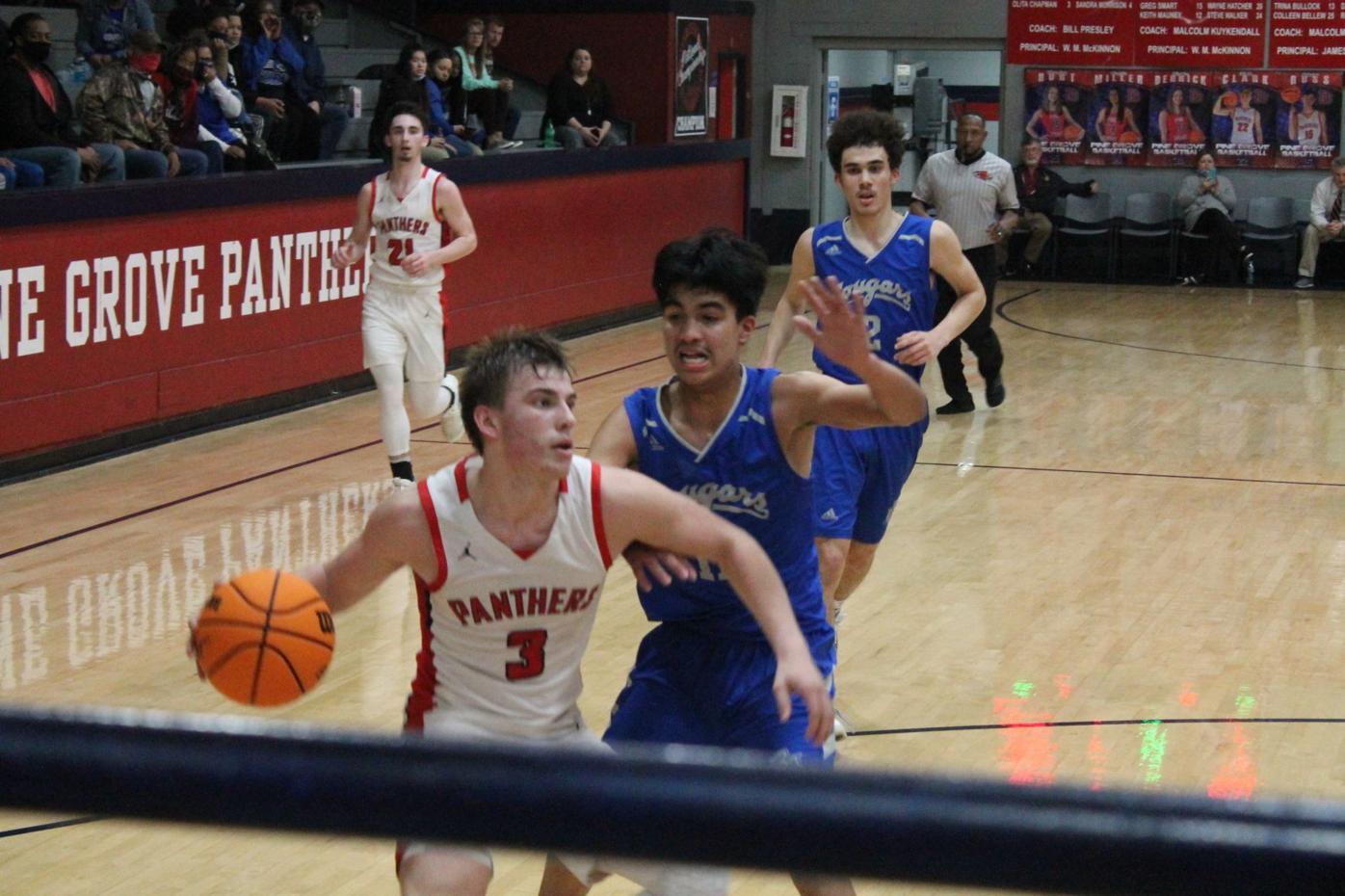 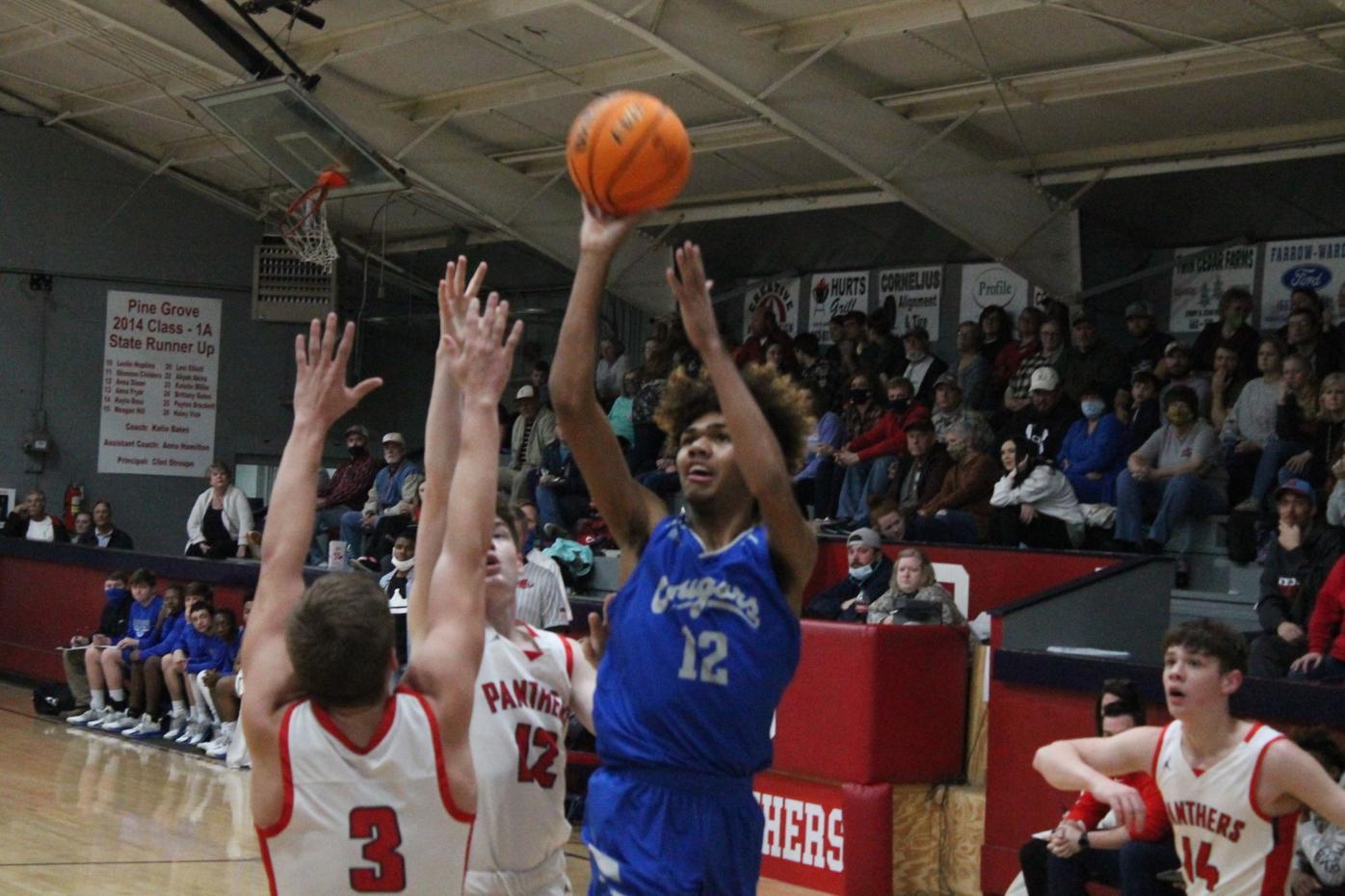 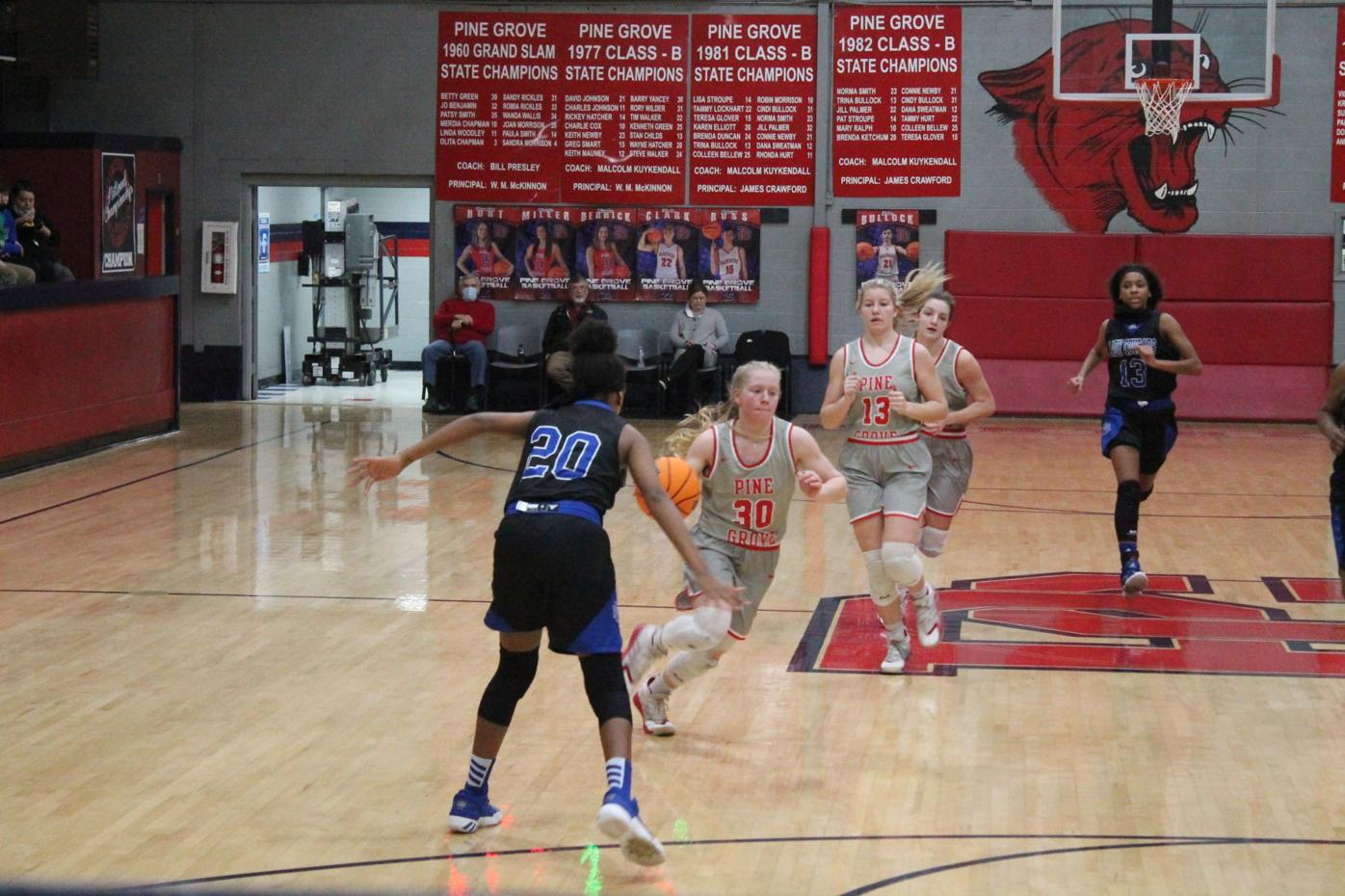 PINE GROVE • The Blue Mountain Cougars and Lady Cougars came into Pine Grove on Thursday night looking for redemption after losses to the Panthers and Lady Panthers last week. Despite giving Pine Grove all they could handle, Blue Mountain came up just short in both contests

The Lady Cougars were looking to make up for last week’s 57-47 loss to Pine Grove on this trip. Much like last week’s game, this was an intense defensive battle, with neither team gaining much ground on the other. After a 13-12 1st quarter, scoring runs were traded in the 2nd, as Pine Grove began the 2nd on an 11-0 run before Blue Mountain ended it on an 8-2 run.

In another callback to last week’s game, Pine Grove used a Lana Rowland three-pointer to spark a big 3rd quarter, outscoring Blue Mountain 18-4 in the quarter. Blue Mountain didn’t go away, using 5 4th quarter threes to cut the Pine Grove lead to single-digits. It wasn’t enough, however, as Pine Grove held on for the 58-51 win. Ellie Fryar led Pine Grove with 18 points, while Kenzie Miller and Sydney Carter chipped in 17 and 14 points respectively. Latryana Foote led the Lady Cougars with 12.

While the girls’ game followed several themes from last weeks’ matchup, this game did not. After last week’s 68-38 loss to Pine Grove, the Cougars came into this game with renewed intensity and focus. It showed in the 1st quarter, as Blue Mountain jumped ahead of Pine Grove 11-7. Blue Mountain held onto that lead until a 9-0 run by Pine Grove to end the 2nd quarter gave the Panthers a 26-20 lead headed into halftime.

Blue Mountain regained the lead midway through the 3rd thanks to a 10-3 run, however 7 straight Carson Rowland points to end the quarter put Pine Grove back into the lead headed into the 4th.

Rowland continued his takeover of the game into the 4th quarter, scoring 13 of his 33 total points in the 4th while giving Pine Grove a comfortable edge on the scoreboard. Blue Mountain drained a pair of late 3s, however they came up just short, falling 56-51. Rowland’s 33 led the Panthers, while Jaden Hall led the Cougars with 26.