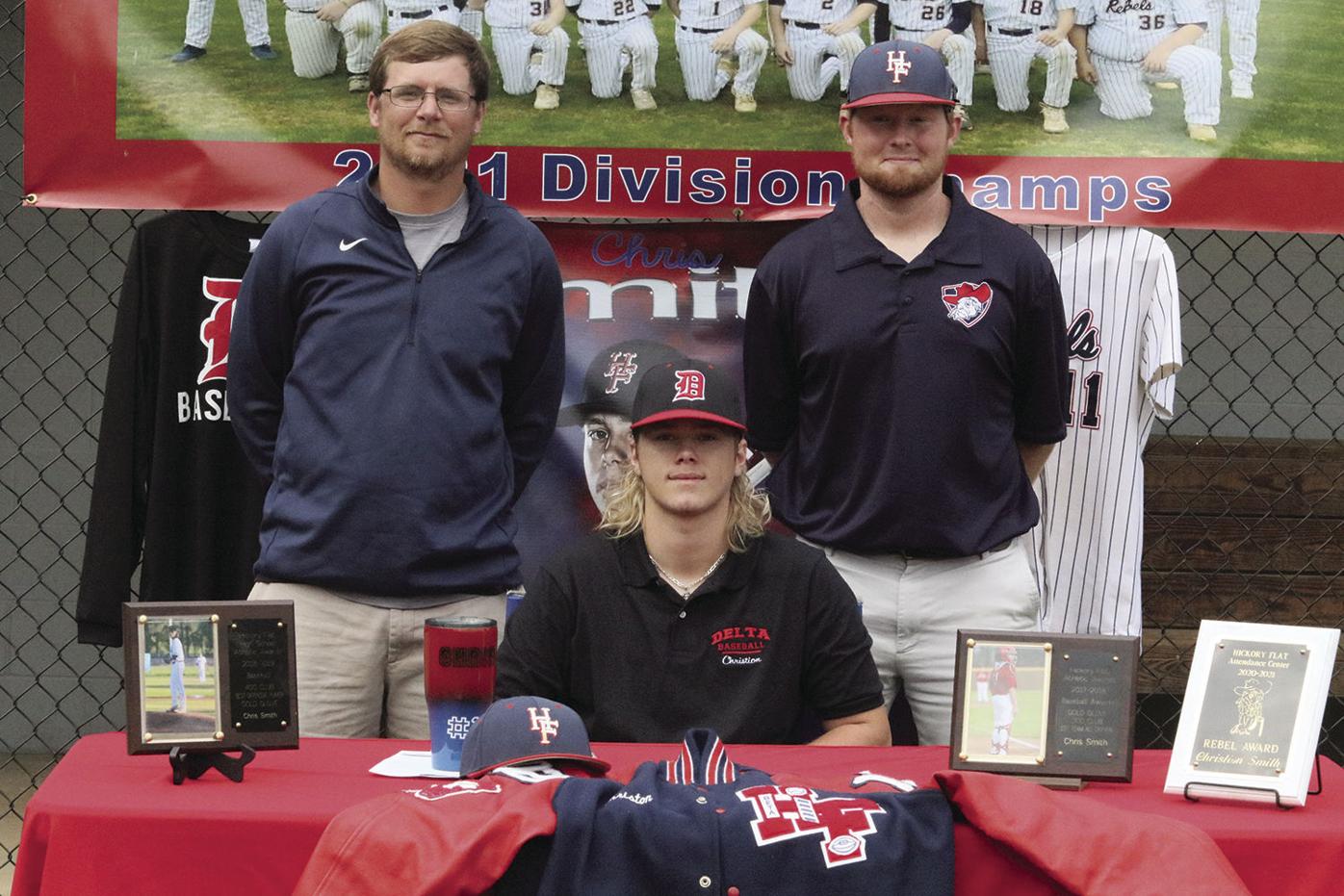 Hickory Flat's Chris Smith along with his coaches. 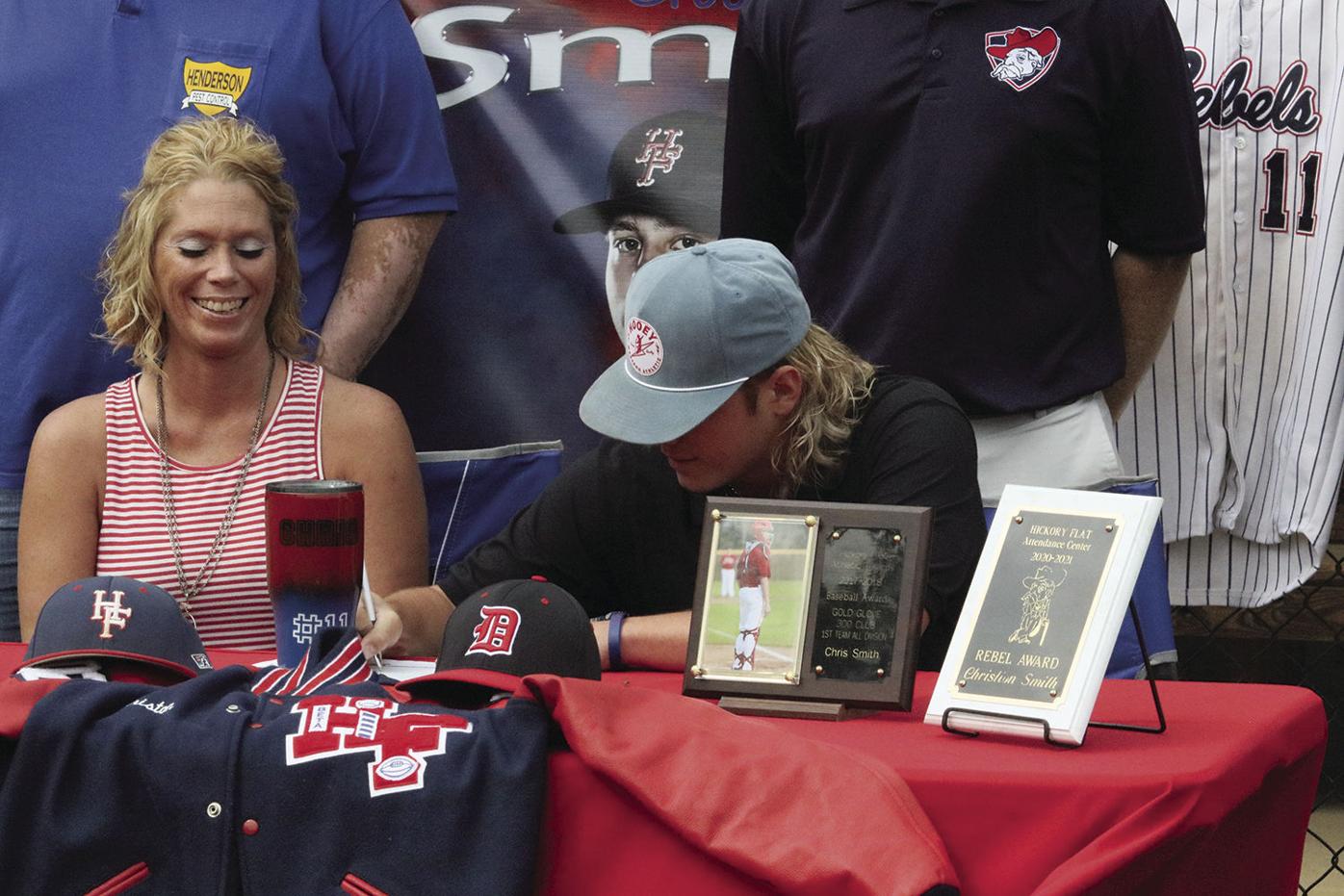 Hickory Flat's Chris Smith along with his coaches.

Hickory Flat - Hickory Flat's Chris Smith, described by players, fans, and coaches as one of the leaders of the 2021 Division 3-1A champion Hickory Flat Rebels baseball team, has officially signed with Mississippi Delta Community College to continue his baseball career.

"I feel good," Smith said after putting pen to paper. "I'm ready for what's coming next, a new chapter."

Smith capped off a stellar high school baseball career with a senior year that saw him hit .553 with 32 RBIs and seven home-runs. Smith also threw 112 strikeouts compared to just 12 walks in 2021, finishing the season with a 0.982 ERA in 57 innings pitched.

Smith, lauded for his leadership on and off the field by his peers and coaches, including Hickory Flat head coach Nolan Stevens, left a message in departure for his Rebel teammates.

"Don't take anything too lightly," Smith said. "Keep working. Work when nobody is watching."