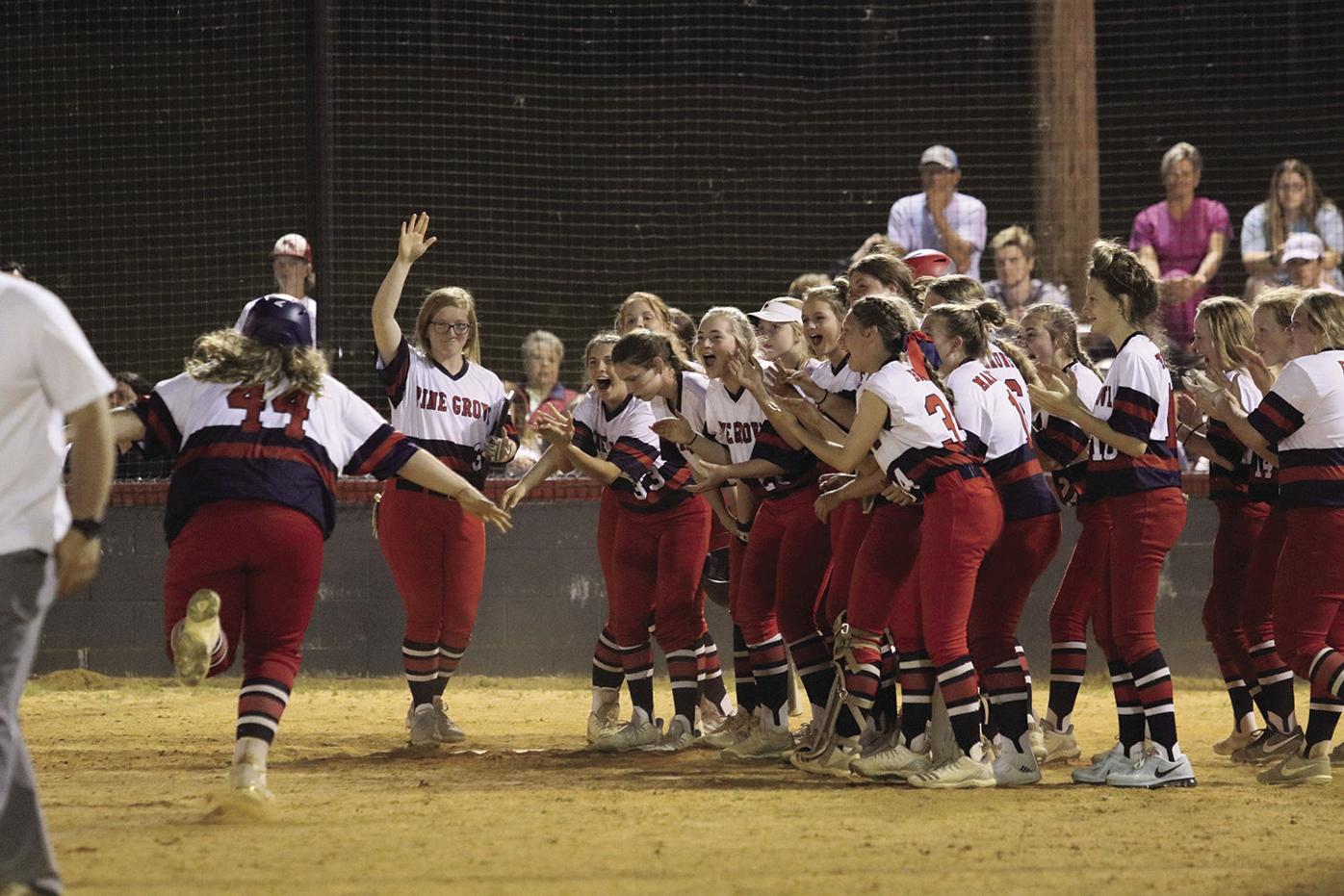 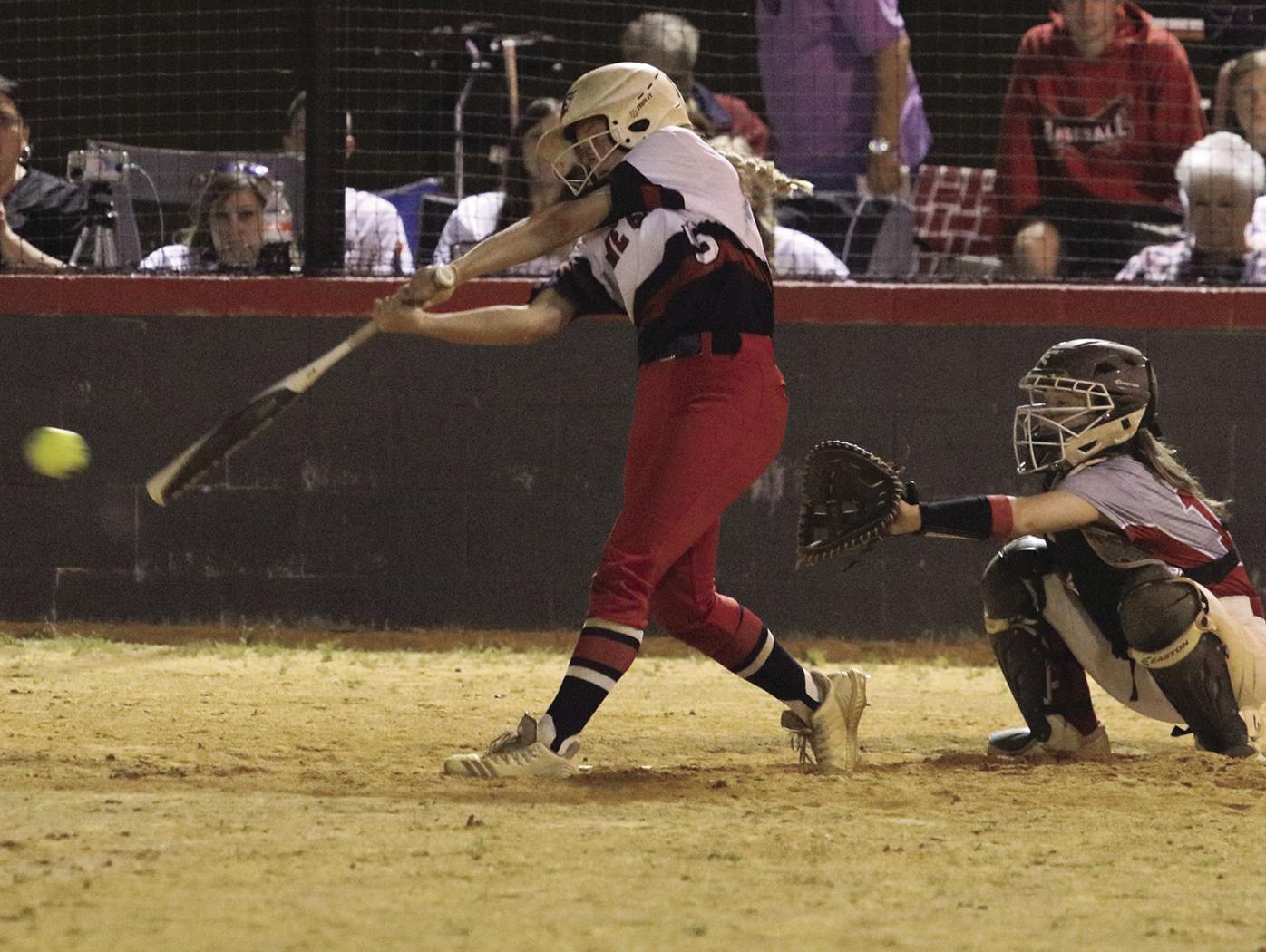 PINE GROVE – The Pine Grove Lady Panthers took to the field on Tuesday afternoon to take on West Union in games two and three of their Class 1A second-round playoff series. Despite having a leg up on West Union thanks to a 7-6 road win the previous night, the Lady Panthers were defeated in both of Tuesday’s contests, eliminating them from the playoffs.

West Union got off to a good start in game one, as Ole Miss commit Annie Orman hit an RBI-double and later scored on a passed ball in the first inning to give West Union a 2-0 lead. That lead was extended to 3-0 after a Pine Grove error brought home a runner in the top of the second, and extended once again to 4-0 in the top of the third after an Orman leadoff double set up a Parker Gates RBI-single.

The Lady Panthers responded in the bottom of the third after Ellie Fryar stole third base and scored off a West Union error. Orman once again extended West Union’s lead in the top of the fourth, hitting a three-run homer over the center field wall to push West Union up 7-1. The Lady Panthers set themselves up to regain some ground in the bottom of the fourth after a pair of singles and a West Union error loaded the bases with no outs, however Pine Grove was only able to score one run off of a Lexi Beard groundout.

Pine Grove had better luck in the bottom of the fifth, scoring a pair of runs off of a Maddee Hall groundout and a Baleigh Bridges RBI-single to cut West Union’s lead to 7-4. The Lady Panthers were unable to gain any more ground in game one however, as West Union took the day’s first contest 7-4 behind a 3 for 3, four RBI performance from Orman.

Pine Grove’s fortunes did not change in game three, as West Union jumped out to a quick 6-0 lead after two innings thanks to an Eden Conlee RBI-double in the first inning, and an Orman grand-slam in the second. West Union extended their lead to 7-0 in the top of the fourth before Lizzie Meeks dinged a leadoff homer off the flag pole just behind the center field wall to put Pine Grove on the board. An Orman triple highlighted a three-run top of the sixth for West Union to go up 9-1 before a Fryar RBI-double and a Meeks RBI-single gave Pine Grove their final runs of the season in the bottom of the seventh, as the Lady Panthers ultimately fell 9-3 in game three of the series, thus eliminating them from postseason play.