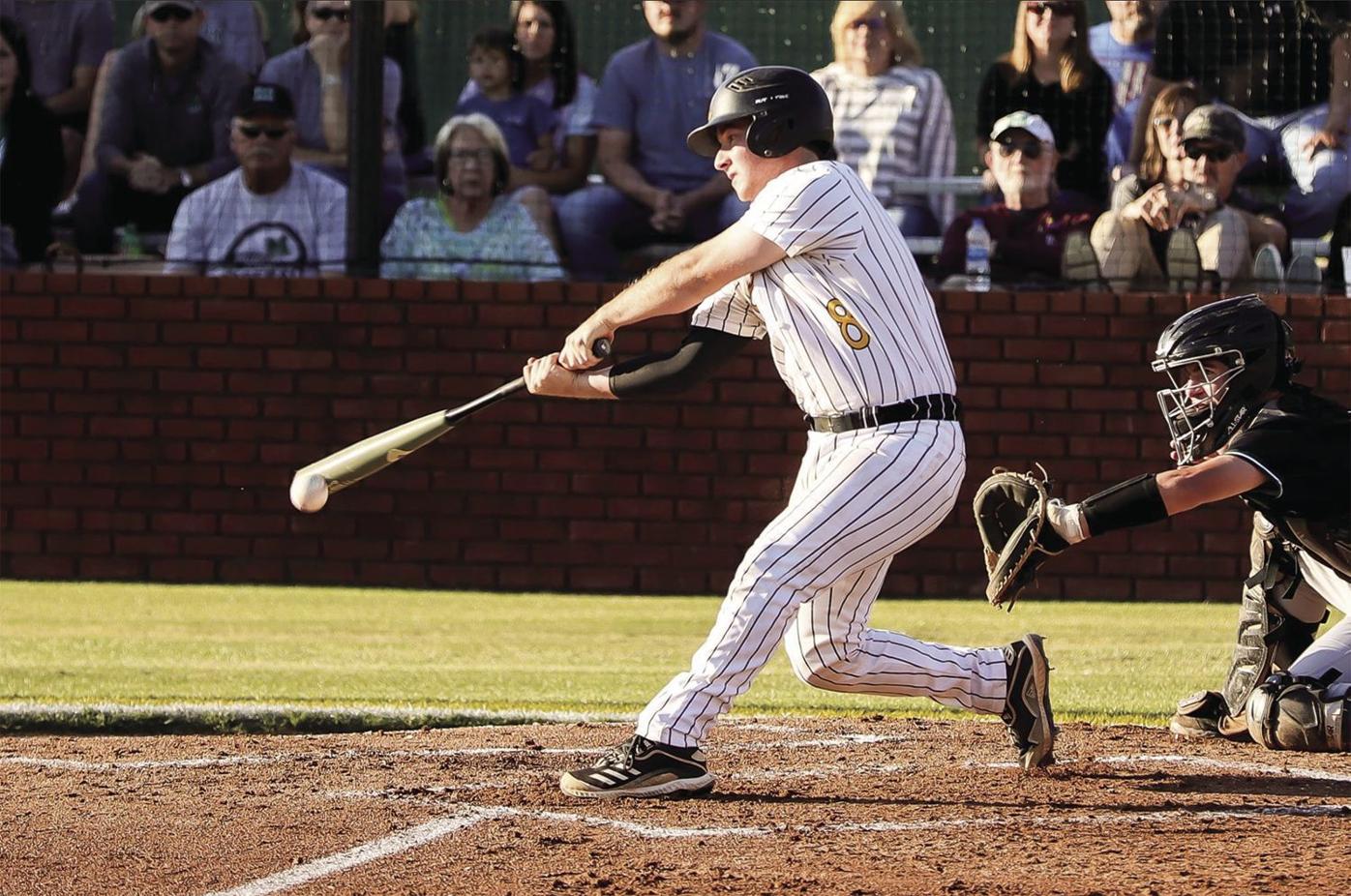 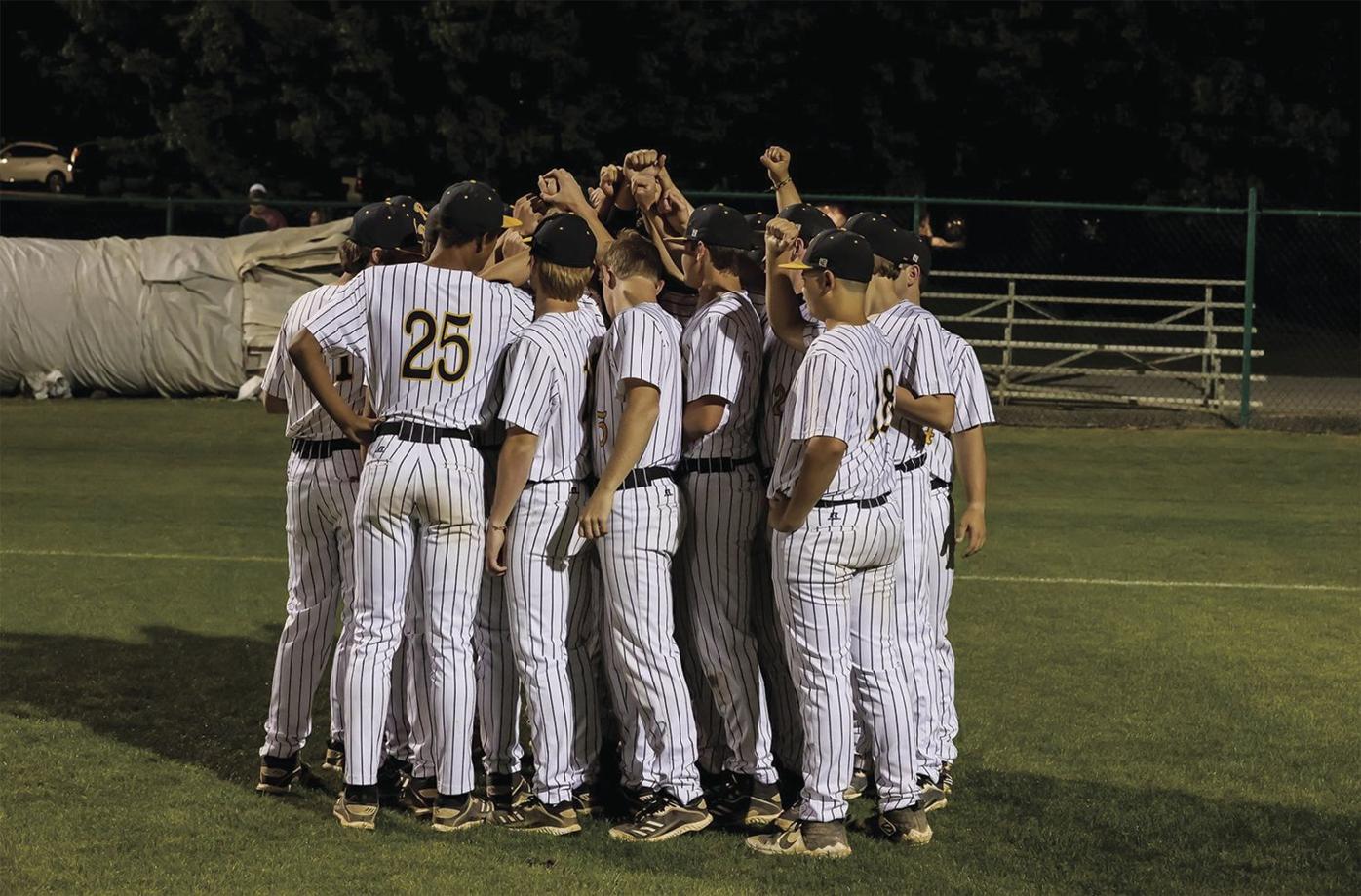 The Ripley Tigers break the huddle for the final time in the 2021 season after their loss to Mooreville. (Courtesy Sean Akins)

The Ripley Tigers break the huddle for the final time in the 2021 season after their loss to Mooreville. (Courtesy Sean Akins)

Ripley – The Ripley Tigers’ season came to an end this past weekend at the hands off Mooreville, as they defeated the Tigers 2-0 in their third round 4A playoff series. Both games were extremely competitive and close throughout, however the Tigers came up just short in both, falling 4-3 in game one in walk-off fashion, and falling 5-2 in game two after a seventh-inning comeback by Mooreville.

Game one of the series started out in gridlock, with both teams threatening to score, but being unable to get across home plate. A walk and a double set up runners at second and third base for Mooreville in the bottom of the first with one out, but they ultimately were unable to score. Ripley got a pair of baserunners on as well in the top of the third after a Micah Johnston double and a Hayden Fortune walk, but were unable to reach home.

A bases-loaded double by Mason McMillin in the bottom of the third gave Mooreville a 3-0 lead that Ripley slowly but surely began to chip away at. In the next inning, after Lucas Cartwright reached first on a dropped third strike and then second on a fielding error, Drew Coombs drove a single to left that chipped into Mooreville’s lead. A dropped third strike on a wild pitch gave Ripley another run in the top of the fifth, as Johnston came across to score another run for the Tigers. A bases-loaded walk in the top of the sixth tied the game at 3-3 heading into the last inning.

Ty Long got the start for the Tigers and kept things in check while Ripley made their comeback. Long finished his day with 6.2 innings of work, giving up two earned runs off six hits with seven strikeouts. However, in the bottom of the seventh, with two outs, McMillin hit a pop fly to right field that dropped between two Ripley fielders, bringing the winning run home for Mooreville.

The Tigers looked to bounce back from game one in front of their hometown crowd on Friday, and got off to a good start doing it. Ripley jumped out to a 2-0 lead after three innings, thanks to a Conner Graves RBI-single in the first inning, and a Reed Shackelford RBI-single in the third.

Mooreville responded with a Mason Gillentine RBI-single in the top of the fifth, however Ripley was in control with a 2-1 lead entering the final inning. Mooreville, however, did their best work in the final innings of both games of the series, as they picked up four runs in the top of the seventh to take a commanding 5-2 lead. Ripley was unable to respond, as they went three up, three down in the bottom of the seventh to bring their 2021 season to an end.

Johnston started and finished the game for the Tigers, going all seven innings while giving up four earned runs on eleven hits, while striking out five.