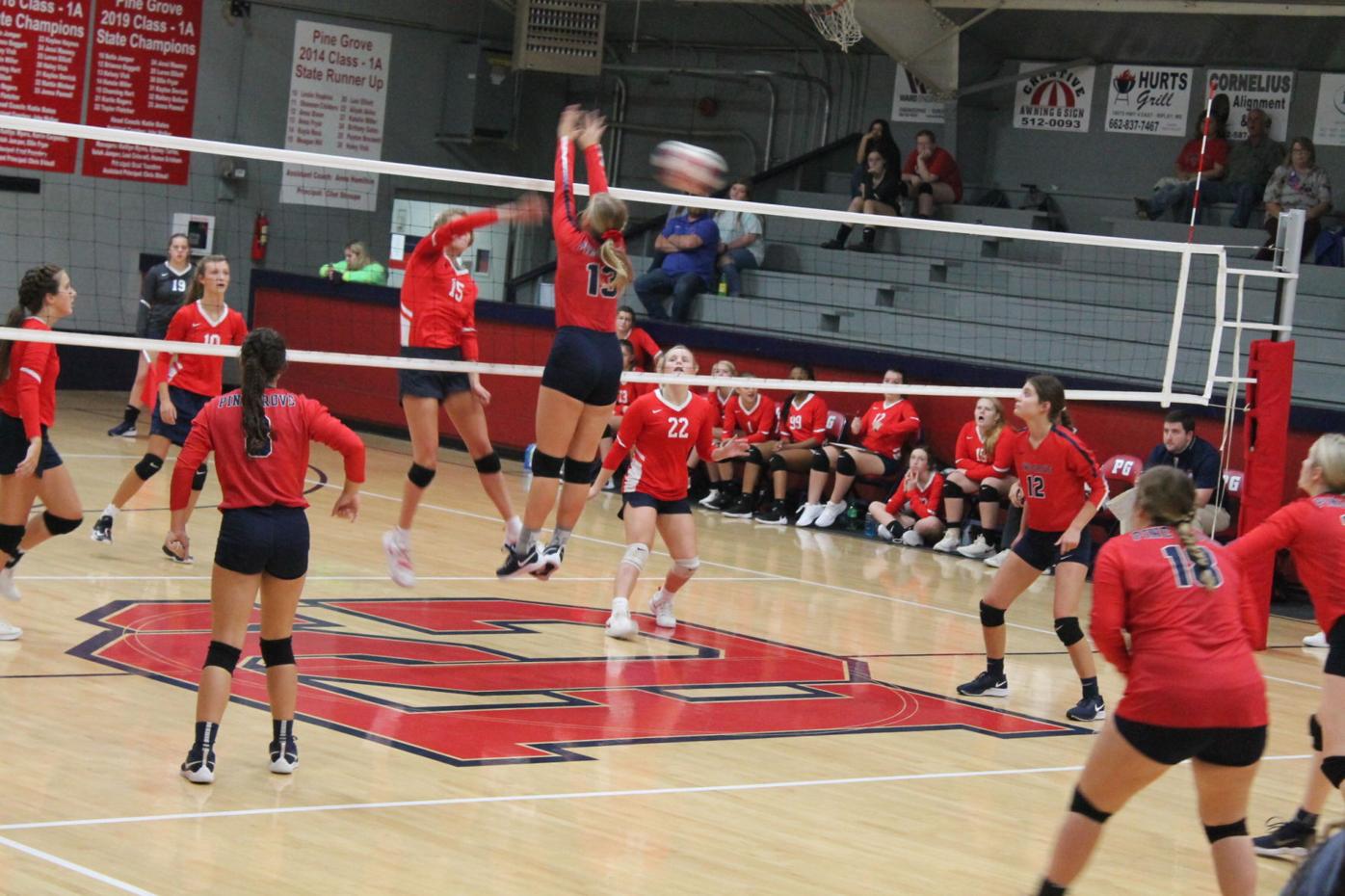 Hickory Flat’s Kylie Gray spikes the ball past Pine Grove’s Lana Rowland. Gray would have 5 kills on the night. 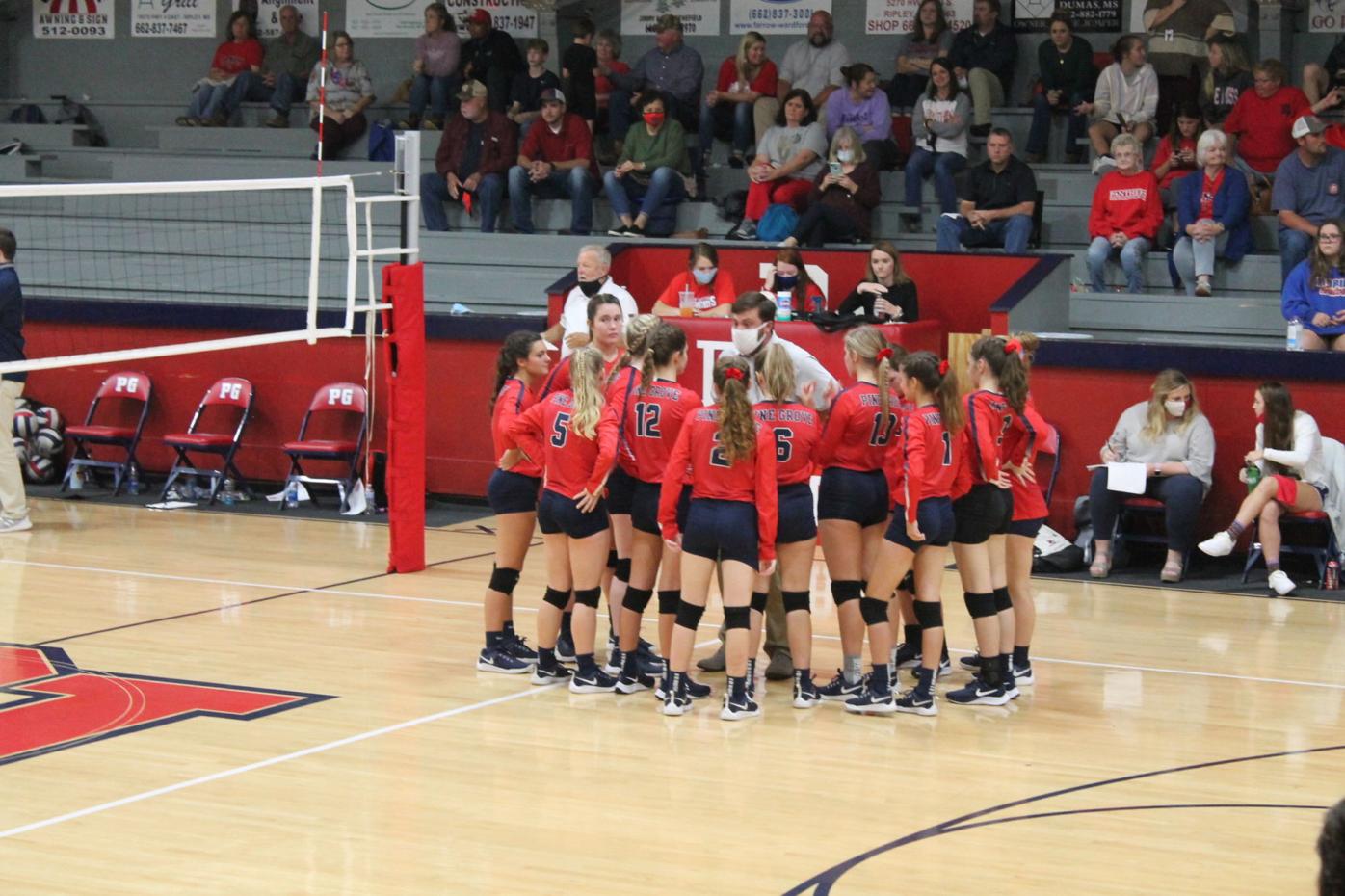 Pine Grove head coach Justin Jordan gets the team in the huddle following a timeout against Hickory Flat. 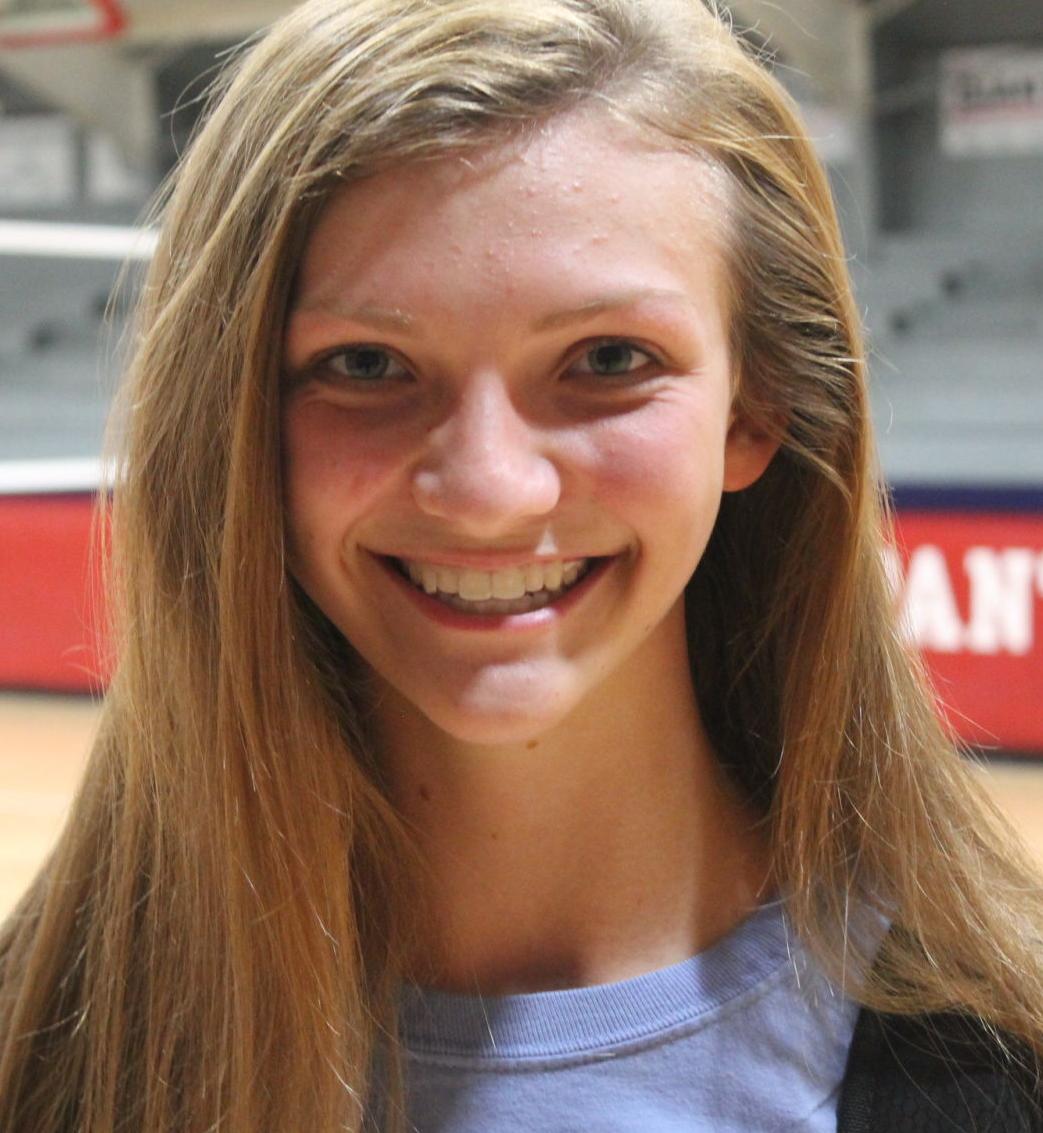 Hickory Flat’s Kylie Gray spikes the ball past Pine Grove’s Lana Rowland. Gray would have 5 kills on the night.

Pine Grove head coach Justin Jordan gets the team in the huddle following a timeout against Hickory Flat.

Pine Grove started off play in front of their home fans on the right foot, jumping out to an early 6-1 lead in the first set, capitalized by an Ellie Fryar ace. From here though, Hickory Flat went on a monster run and would not look back, as an 18-3 run would put the Lady Rebels well ahead in an eventual 25-15 first set win.

The next set would be a more manageable affair for the Lady Rebels, as they held a comfortable lead throughout the second set en route to a 25-16 set win behind the combined efforts of Emma Wilson and Kylie Gray.

Wilson led the Lady Rebels with eight kills on the night, and Gray wouldn’t be far behind with five of her own.

“Emma’s always a great hitter for us, one of our go-to people,” said Hayles. “Kylie Gray as well, she had five kills so we were proud of those. They’re both two strong hitters that are gonna bring the heat.”

The heat would stay on into the third set, as Hickory Flat would jump out to another strong lead behind the efforts of Wilson and Gray, as well as a pair of aces from Rheagan Skelton.

Despite being down 24-11 and being on the verge of defeat, Pine Grove would go on a late 7-0 run to make things interesting. It would not be enough though, as Hickory Flat took the set and the game.

“While we came out with the win, and that’s always good,” Hayles said. “But still, there were a lot of errors across the board. A lot of our hits were not connecting, not staying in, so that’s something we need to go back and work on. Overall, the energy’s there, they’re mentally tough, they’ve shown that throughout the season, so I’m proud of them for that. There’s just still a lot we need to work on. As far as playing as a team I couldn’t be more proud of them.”

“I thought we played great as a team,” said Wilson. “We’ve been working on our passes, they have been better. And I thought our overall serving was good, but we played good as a team too.”

Winners named in annual Night for a Hand Up event