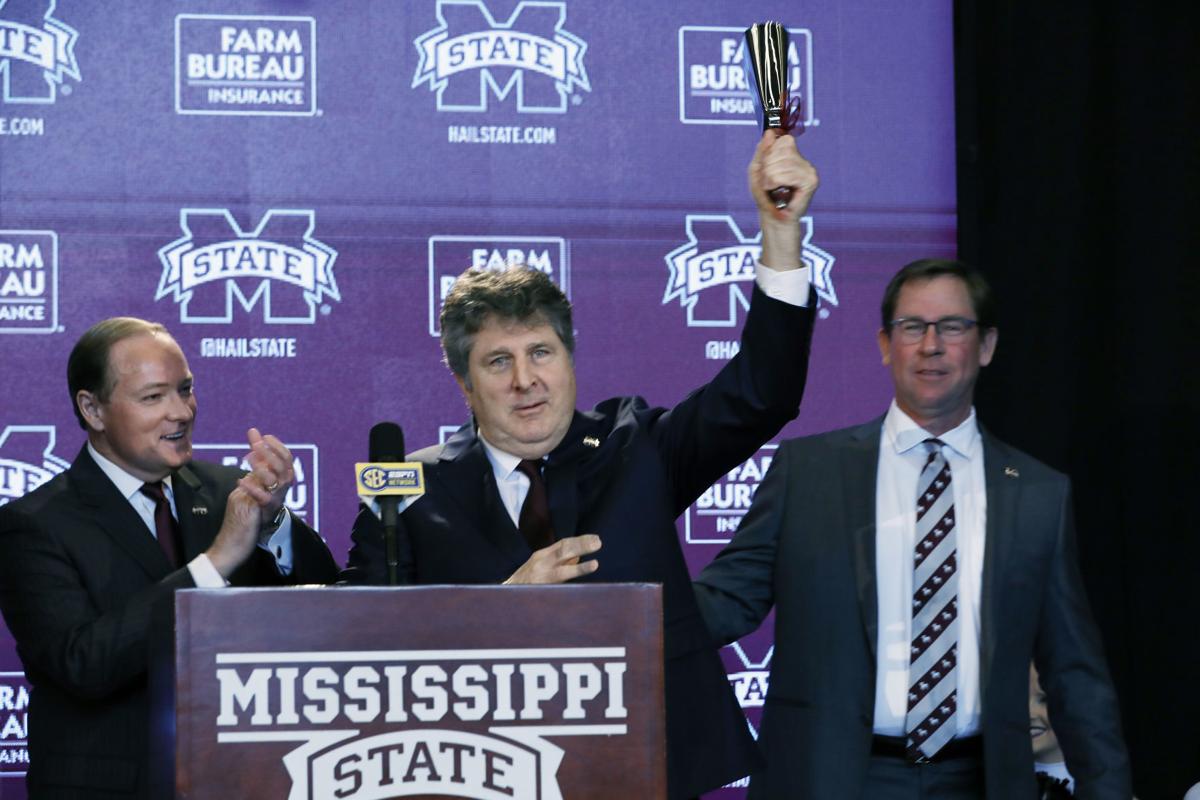 STARKVILLE • Mississippi State athletics director John Cohen told Joe Moorhead on the morning of Jan. 3 that he was taking the football program in a different direction.

Later that evening, Cohen reached out to the man who would eventually be the Bulldogs’ next head coach – Mike Leach.

Cohen felt that he and Leach connected immediately as they chatted over the phone that night. The two met face-to-face six days later in Key West, Florida – where Leach spends his time in the offseason – to finalize the deal.

“I’d never been there but I highly recommend it, it’s a pretty nice place,” Cohen said. “We had a great meeting. This guy’s different in a lot of ways, in good ways. He’s highly intellectual, highly talented and really a tactician.”

Some have criticized MSU for not making the move sooner like many schools did at the end of the regular season. Cohen said his list of candidates consisted of 16 coaches that he interviewed either in person or spoke with over the phone about the position and contends that timing likely would not have altered that.

“We were looking for the right guy and our pool was exactly what I wanted it to be,” Cohen said. “I’m not sure that would’ve changed from a month ago. Our pool was our pool and we’re excited about the guys that we spoke to. We spoke to some outstanding coaches and spent a lot of time on it.

“I have hundreds of pages of notes that’ll maybe go into the memoirs one day.”

To reach his decision, Cohen certainly did his homework. He reached out to some of Leach’s former players – including current Jacksonville Jaguars quarterback and Mississippi native Gardner Minshew – as well as several sitting athletic directors who had interviewed Leach for other jobs and later regretted not hiring him.

Cohen also heavily weighed Leach’s history of success and consistency as a Power 5 head coach, at both Texas Tech and Washington State.

“Really the main issue is having a background of winning and building a football program,” Cohen said. “It hasn’t happened many times in the history of this athletic department – in any sport – where we’ve had a sitting head coach at a Power 5 institution that’s come to Mississippi State. The only way that happens is if a coach really want to be a part of something special here and that was the case.”

Cohen’s background as a baseball coach also played a part in this process. He studied the statistics that Leach’s teams have produced over the years, which only helped support his case to be the Bulldogs’ next coach.

“The track record is overwhelming,” Cohen said. “I don’t want to get into the analytics of the decision but the analytics really swayed me in the direction that I wanted to go anyway. They just reinforced our thoughts about Mike Leach.”

Of course, there was also the financial aspect of making it happen to consider as well. Leach made $3.75 million at Washington State this past season with an assistant coaching staff pool of $3.5 million.

At Mississippi State, Leach will receive $5 million over the next four years and his assistants will split a salary pool of $4.7 million annually.

“We’re absolutely committed financially and otherwise to compete at the highest level and it doesn’t get any higher than the SEC West,” Cohen said. “We were committed to allocate funds to be where we are not just competitive, we want to be at a championship level and Mike Leach is a championship-caliber coach.”

With MU football on a hot recruiting stretch, here’s what lies ahead